Superman and the Quest for Heroes and Identity

Home » PREVIEWS » Superman and the Quest for Heroes and Identity

SNEAK PEEK: Superman Isn’t Jewish (But I Am… Kinda)…—

How and why we identify with our heroes is often very personal.

I was a Batman kid, as has been pretty well established. I was introduced to the Caped Crusader’s four-color world through the 1966 TV show and I’m sure it was originally because it was bright and full of  exciting action.

But Batman stayed with me in part because of what he represented – a calm, resolute avatar of unflappable heroism. The rules were clear in his world – the good guys won and the bad guys lost and you knew who was on which side. I certainly could not have articulated it at the time, but this was comfort to a boy growing up amid a rancorous split between his parents.

Gotham City was a haven, and only as I grew older and began actually reading comics did I start understanding the shades of gray in Batman’s world. But his never-say-die, always-find-a-way attitude, regardless of the medium, remained ingrained and helped shape me. 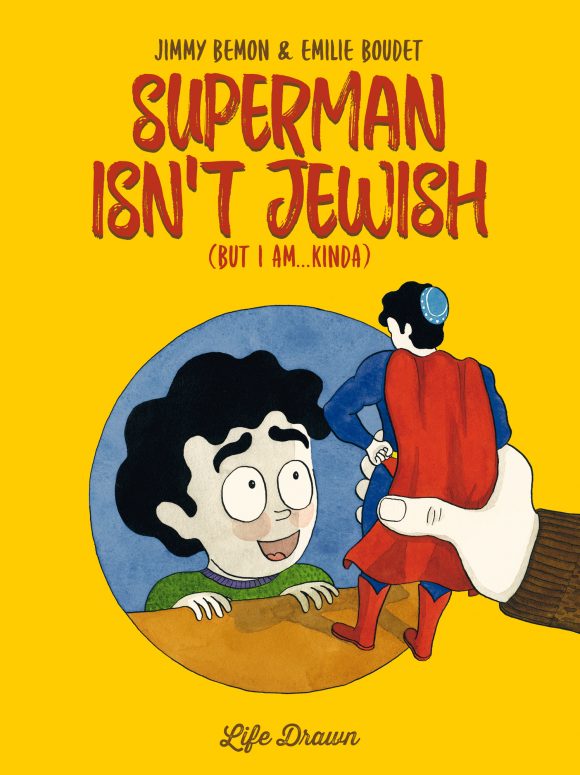 In Jimmy Bemon and Emilie Boudet’s new graphic novel Superman Isn’t Jewish (But I Am … Kinda) – out 10/2 from Humanoids’ Life Drawn imprint — young Ben sees the Man of Steel as representative of his own Jewishness only to find that such things are not quite that simple.

An intimate and humorous autobiography of a boy’s quest for identity as he struggles with his heritage and his heroes. Benjamin would always proudly say, “I’m Jewish. Like Superman!” Assuming that Judaism is some kind of super power and Hebrew is akin to the Kryptonian language, Benjamin believes each of his family members is a superhero. Until, like Krypton, his world is shattered. After learning of the link between being circumcised and his religion, Ben decides to hide his heritage from everyone. Caught between the desire to avoid disappointing his Jewish father and his desire to understand his Catholic mother, Ben has to find a way to abandon his secret identity for a very public one. Humorous, timeless and universal, this personal and poignant story of acceptance and understanding shows how we all must learn to love the hero within ourselves.

And here’s a SNEAK PEEK: 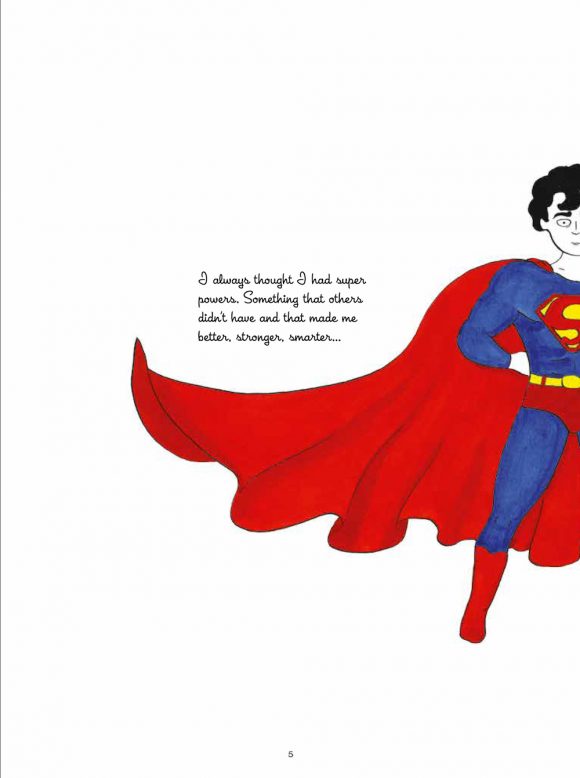 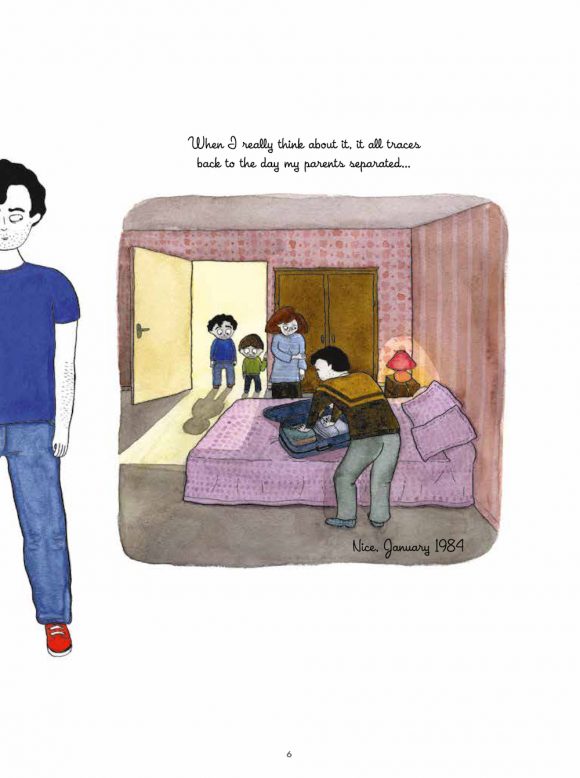 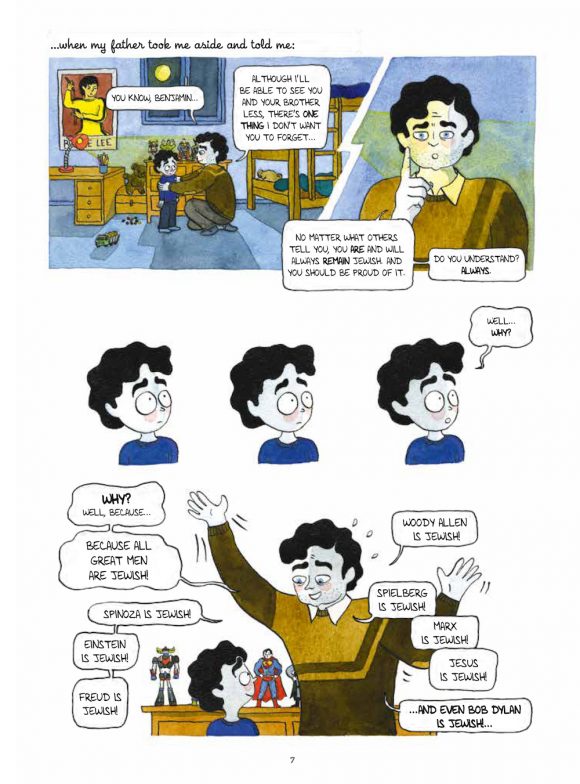 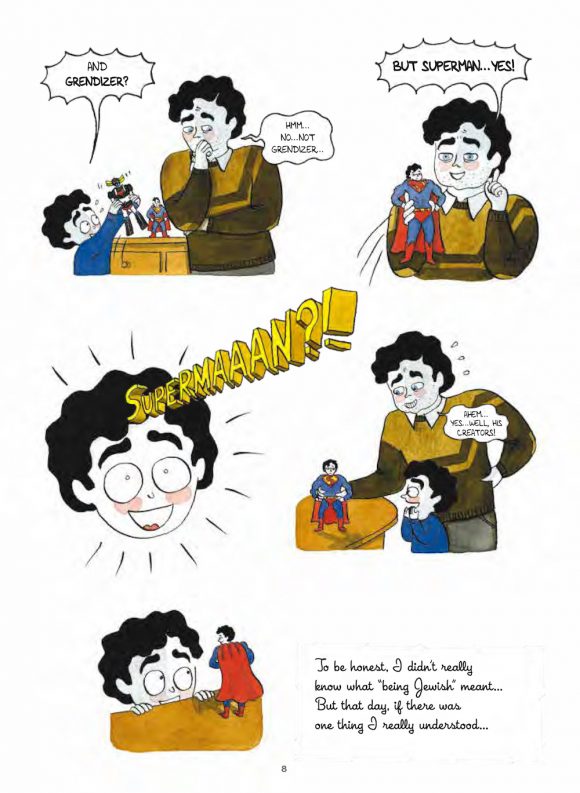 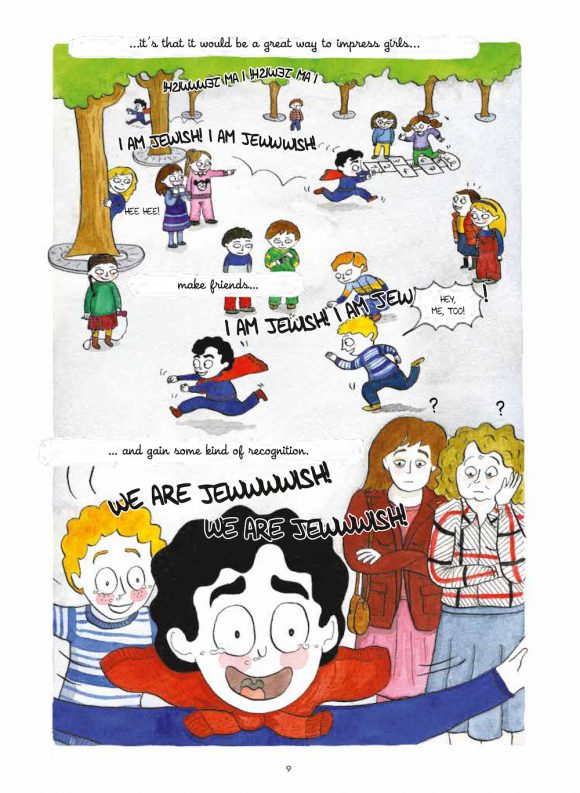