Writer Vito Delsante’s Christmas from a long time ago, in a galaxy right around here …

It’s December — and we’re featuring a series of holiday remembrances by some of the best in the biz — like David Gallaher, Andrea Sorrentino and Jim Zub! Click here to check ’em out!

…the dates of the Original Trilogy.

As such, and as you can imagine, I collected the action figures from Day 1 (roundabout 1978, as I didn’t catch the Early Bird offering). Which brings me to this memory of a Christmas past that is as painful to recollect as remembering a broken limb. I grew up with my mom, but my dad was very active (although, not always present) in my life (even if they weren’t together). As such, I always had two Christmases: Christmas Eve with my father’s side and Christmas Day with my mom’s side. No offense to my dad, but he had no idea what I wanted as a kid (even if he brought me to the very movies that fueled my obsession). My mom, on the other hand, asked. And I told. Boy, did I ever tell. What I wouldn’t give to see the absurd lists I must have handed her to give to Santa/her. On one of those lists was this very figure: 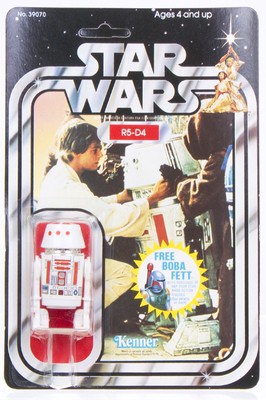 R5-D4 … a dumb droid with a bad motivator. He wasn’t exactly desirable, but I was a completist. My mom (or Santa) got one for me, as well as one of those Darth Vader carrying cases. I played for a little while, put all the new (and older, more favored figures) into the case and got dressed for the rest of my mother’s family to come over.

Everyone was at the house, and I was showing my cousin, Robert, who was my de facto brother all my life, all the new figures I got. I thought nothing of it. Later in the day, I went to get my toys out when I discovered an empty spot.

I asked Robert if he saw it. He said no. I saw him playing with the figure, to which he replied, “This one is mine. I got it from Aunt __.” I didn’t think to push the issue. It seemed reasonable. I scoured the house, the room I was in, everywhere for the figure. No luck. Everyone went home. I searched again. No luck.

You can see where this is going, right?

I don’t remember ever crying. I mean, I was young enough that, yeah, maybe I would have lost it because one of my toys was gone, but I never did. For years, I would always accuse Robert of taking my figure, and for years, he denied it.

Fast forward to 1990-something. We’re at the funeral of one of my cousins. We’re all doing our best to keep brave faces, and as cousins are prone to do, it involved making each other laugh. At least, that’s how my cousins and I do it.

And in the midst of talking trash and good-natured ribbing, I had said, for the first time in years, “Robert, you remember taking my R5-D4?” And, like clockwork, he denied it. “C’mon, Rob…it’s been years. Just admit it.”

And he finally did.

Here, a member of New York’s Finest (pardon the pun) copped to stealing a toy some 20 years earlier.

While I’m still waiting for my figure back (or the $30 the figure would be worth out of the packaging), it was nice to put that weak-ass droid to rest.

BONUS NOTE from Dan: Check out this fine John Tyler Christopher variant that was recently released. Somebody please make sure Vito gets a copy … 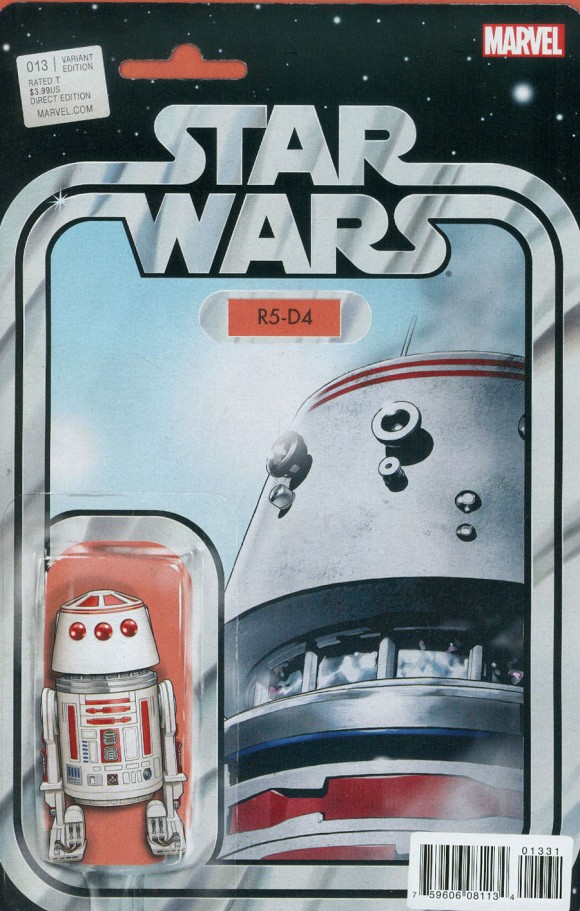