Writer Jim Zub pours the egg nog today, so pull up to the fire and here the tale of a Canadian winter’s quest for Jeff Smith’s “Bone.” 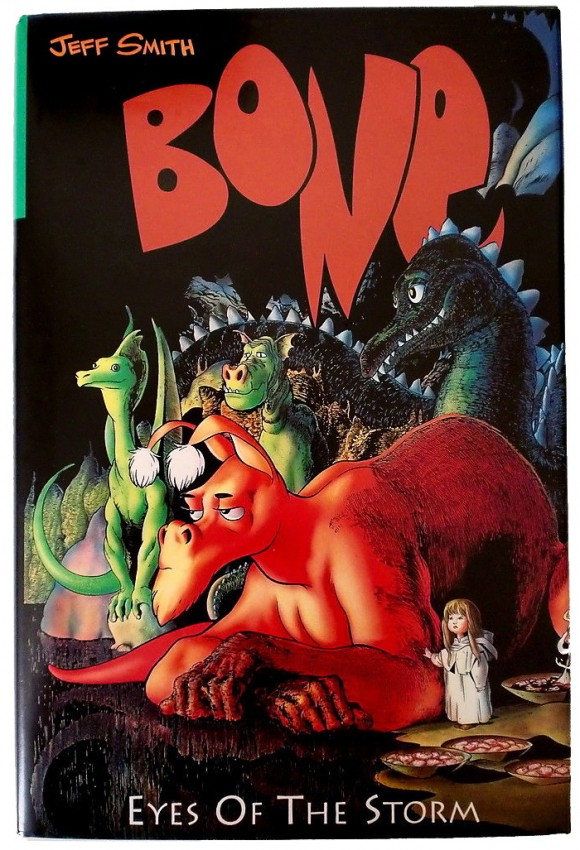 In 1996, I was in college taking classical animation courses here in Toronto. A year earlier, a friend had shown me the Bone series by Jeff Smith and I’d become pretty obsessed with it. Jeff’s confident black-and-white artwork done in a style that resembled animation absolutely knocked me out. The story was engaging and the characters were hilarious. The series felt new and timeless at the same time.

I picked up the two hardcover collections (Out From Boneville and The Great Cow Race) that summer and was eagerly anticipating getting the new Eyes of the Storm collection. Heading down to one of my favorite comic shops in town, I was crestfallen to see that they only had the softcover edition. Like most collectors, I can be a bit of a ‘format snob.’ I want all my books to line up properly as a proper set. The softcover just wouldn’t do.

Nowadays, you’d just hunt one down on the Internet, but in ’96 my friend Greg and I went on a grand hunt across downtown Toronto checking at least a half dozen different comic shops. I thumbed through the directory at a phone booth while he scrawled down addresses on his hand in pen. Snow pelted us as we walked from shop to shop, talking about our plans for school and what we wanted to do once we graduated. The quest was half the fun and once we finally tracked down a hardcover copy it felt like the most valuable comic I’d ever owned.

Every time I re-read the Bone series I’m pulled back in time to moments like that. The series was a bit of a milestone for me and I can remember where I was when I read each of the nine hardcovers in the series. 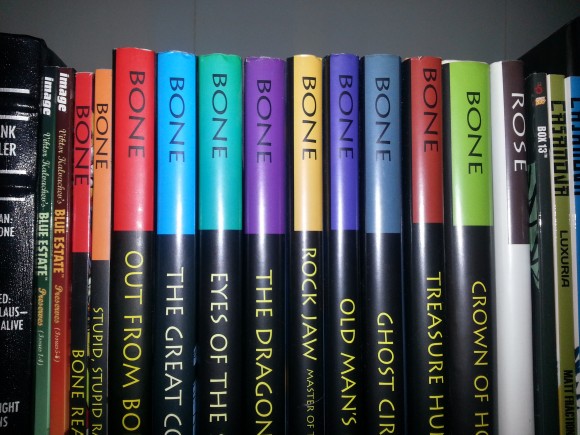