Steranko Sees Soap Opera Instead of Action on AOS (updated)

Jim Steranko wants some action on ABC’s Agents of SHIELD, not a soap opera. He says it’s full of “teeth-grinding sensitivity” and “clues that may or may not be harvested a year from now to be tedious at best. “ 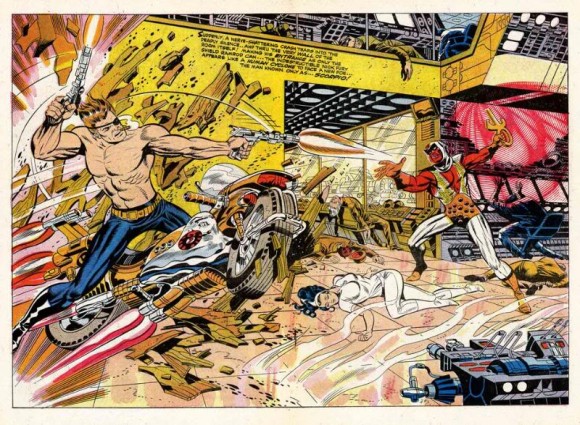 What SHIELD would you rather see — this or what ABC is dishing up?

Steranko, the co-creator of Nick Fury: Agent of S.H.I.E.L.D,* originally intended the character to be a James Bond type of comic, full of action, intrigue, gorgeous women, and a cigar-chomping-manly-man. One can only imagine what he thinks of the douche-fest that tries to pass itself off as having anything to do with with the groundbreaking artist’s creation.

Read the whole critique over at Hollywood Reporter

Elvis Costello agrees — here he is performing his hit “No Action.”