13 PAGES from a long time ago in a newspaper far, far away (or maybe not so far)…

His final major work, however, was some of his most famous: the Star Wars newspaper strip. With The Last Jedi still raking in the box office, it made sense then to focus our birthday salute on the further adventures of Luke Skywalker.

Star Wars: The Classic Newspaper Comics Vol. 1 is available now from IDW, the Library of American Comics and Marvel. It features hundreds of Manning strips, as well as work by Steve Gerber, Dave Stevens, Alfredo Alcala and others. 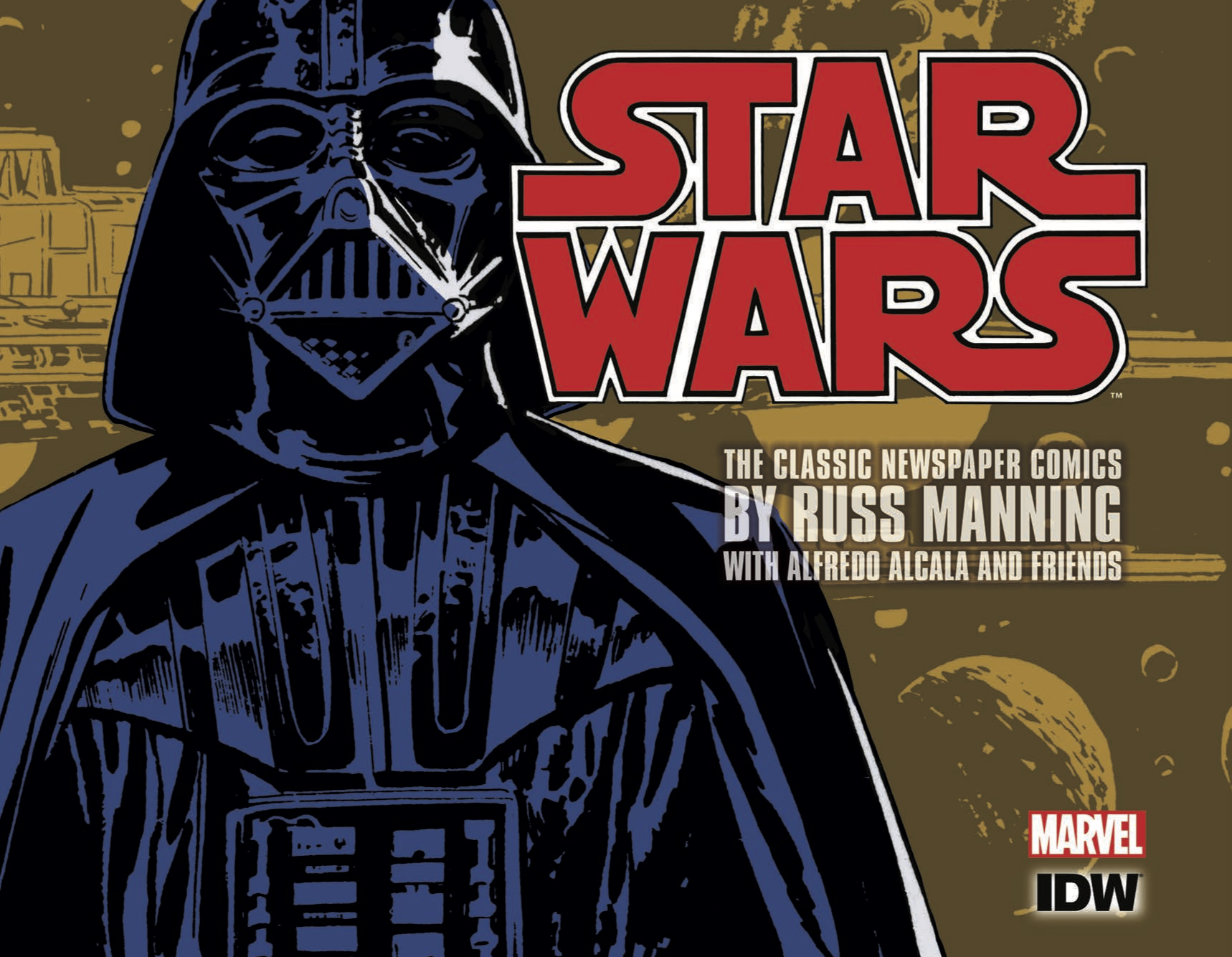 The handsome 268-page hardcover, which lists for $49.99, includes both black-and-white dailies and color Sundays. There’s a superb essay by historian Rich Handley (an occasional 13th Dimension contributor) that walks you through Manning’s involvement and puts the Star Wars strip in its proper pop-culture context.

What’s striking about the strips themselves is how they convey the earliest whiz-bang notion of Star Wars, before Darth Vader was Luke’s father, before Luke and Leia were brother and sister — and certainly before anyone heard of Rey or Kylo Ren. (There is, however, a Life Day sighting!)

Anyway, to celebrate Manning’s work, I’ve pulled out 13 pages from the book that struck my fancy: some black-and-white, some color — including the first strips of each — and one cool house ad. 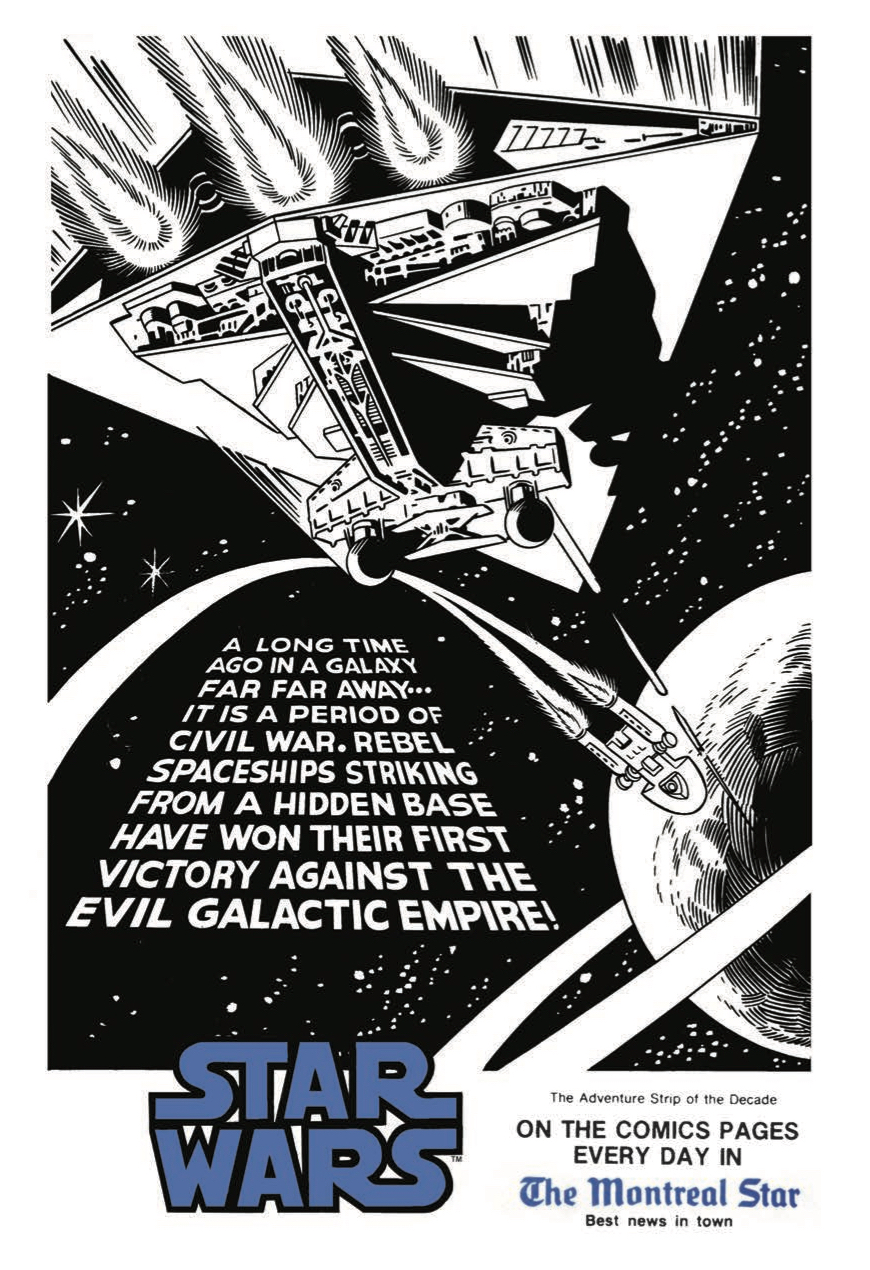 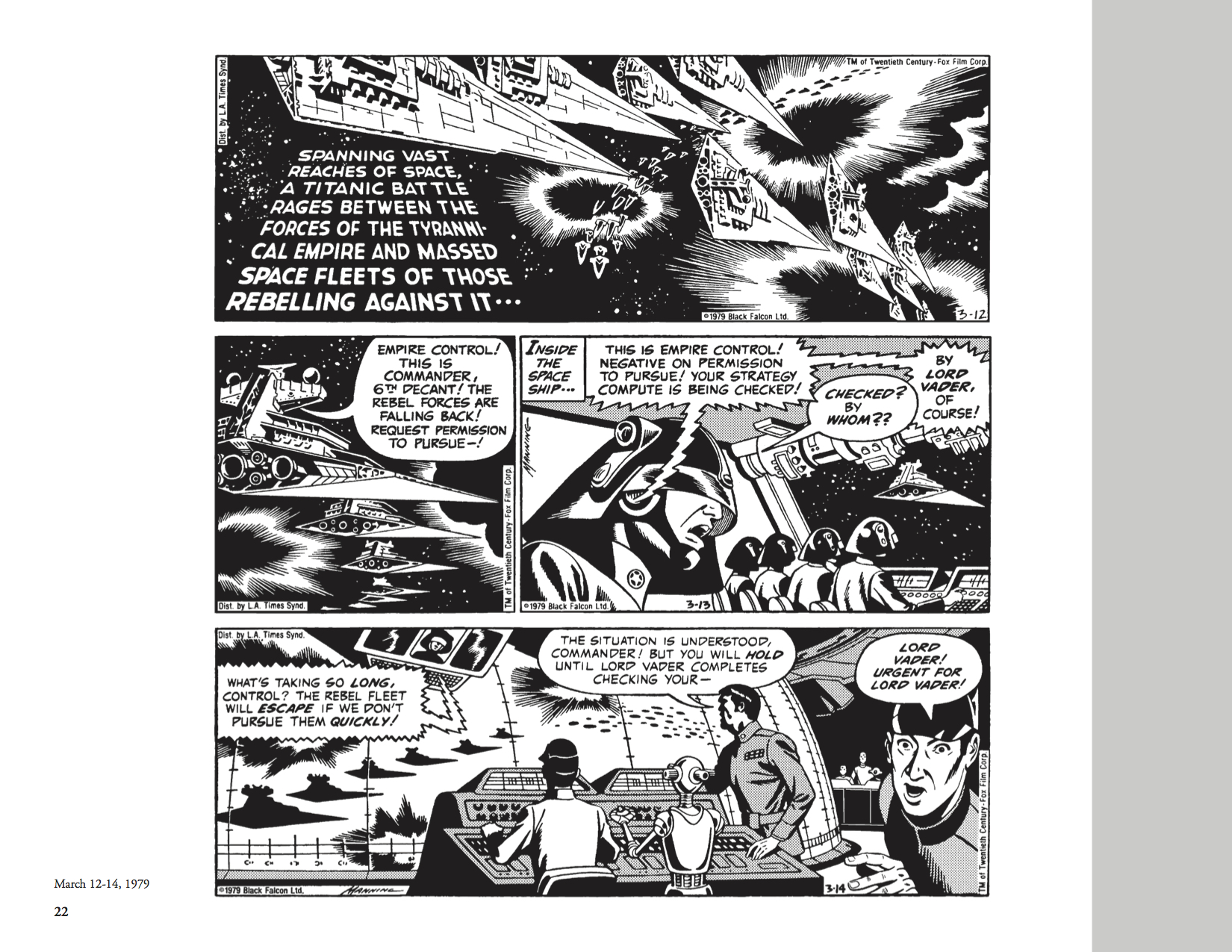 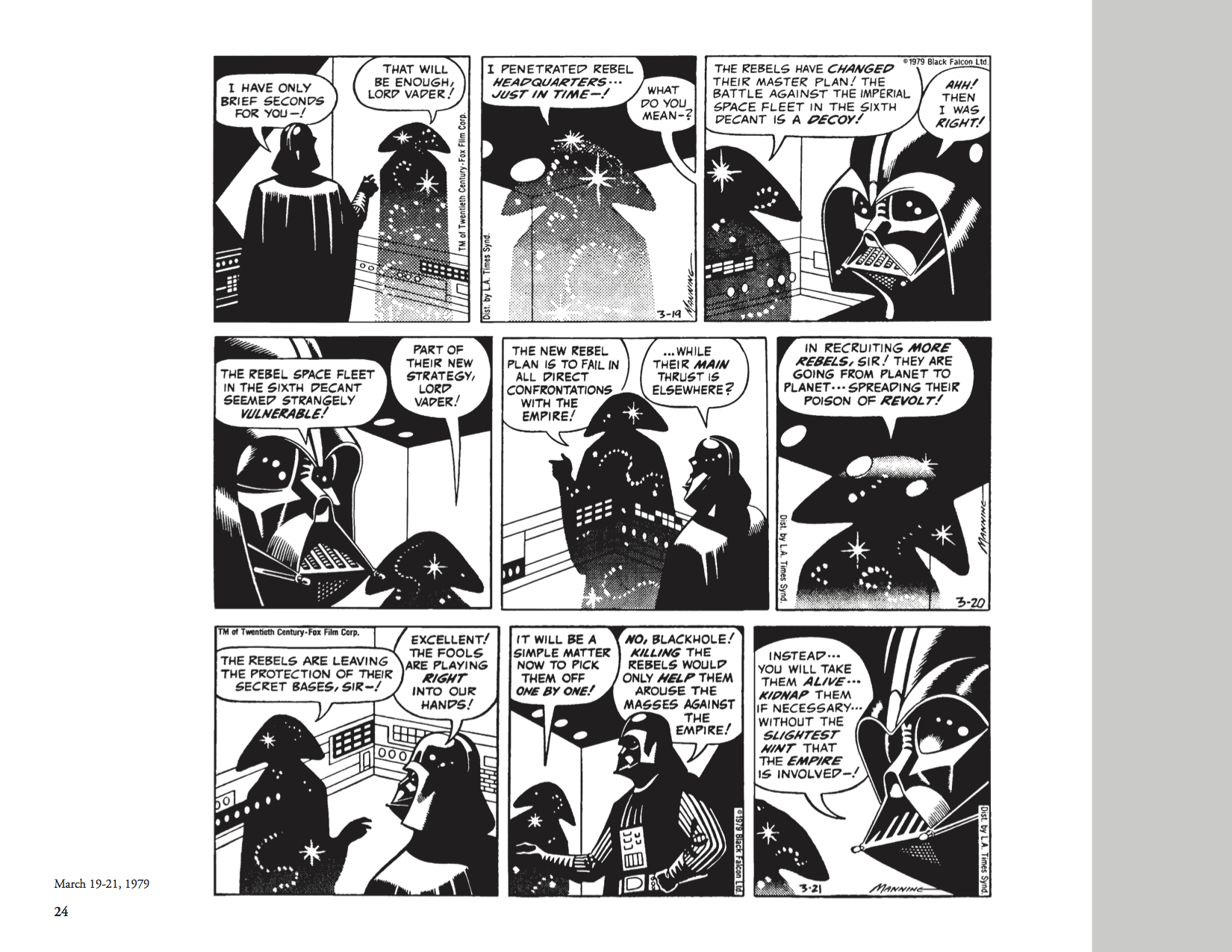 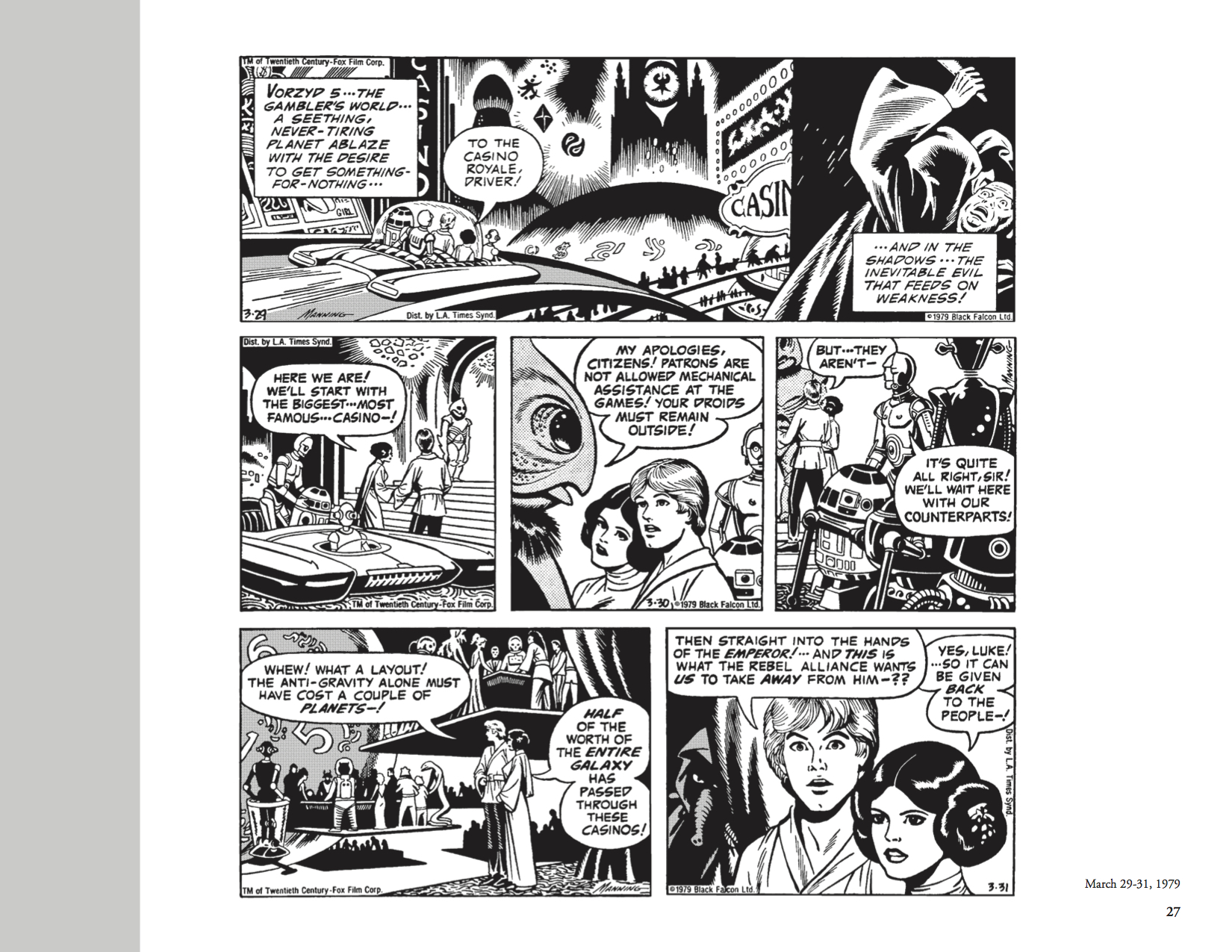 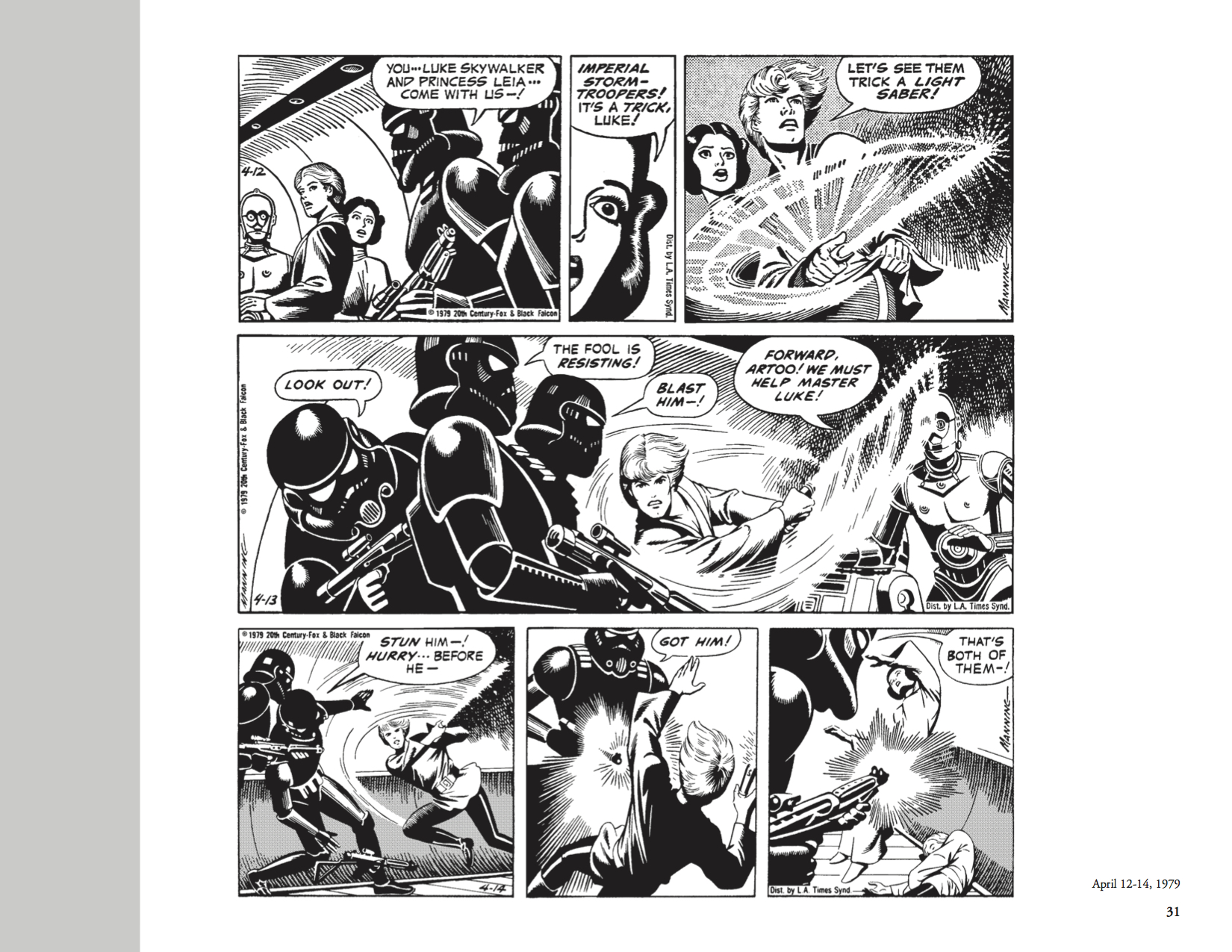 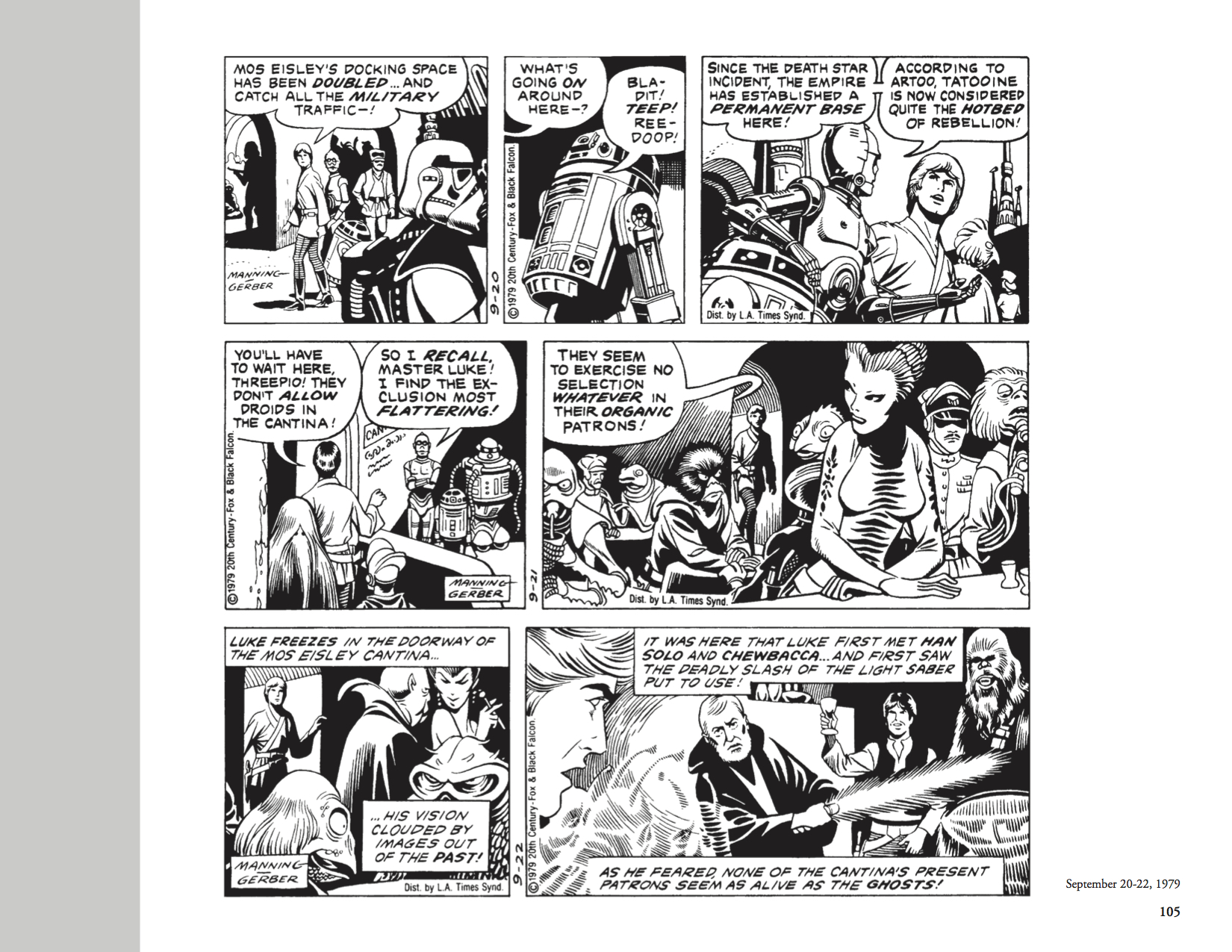 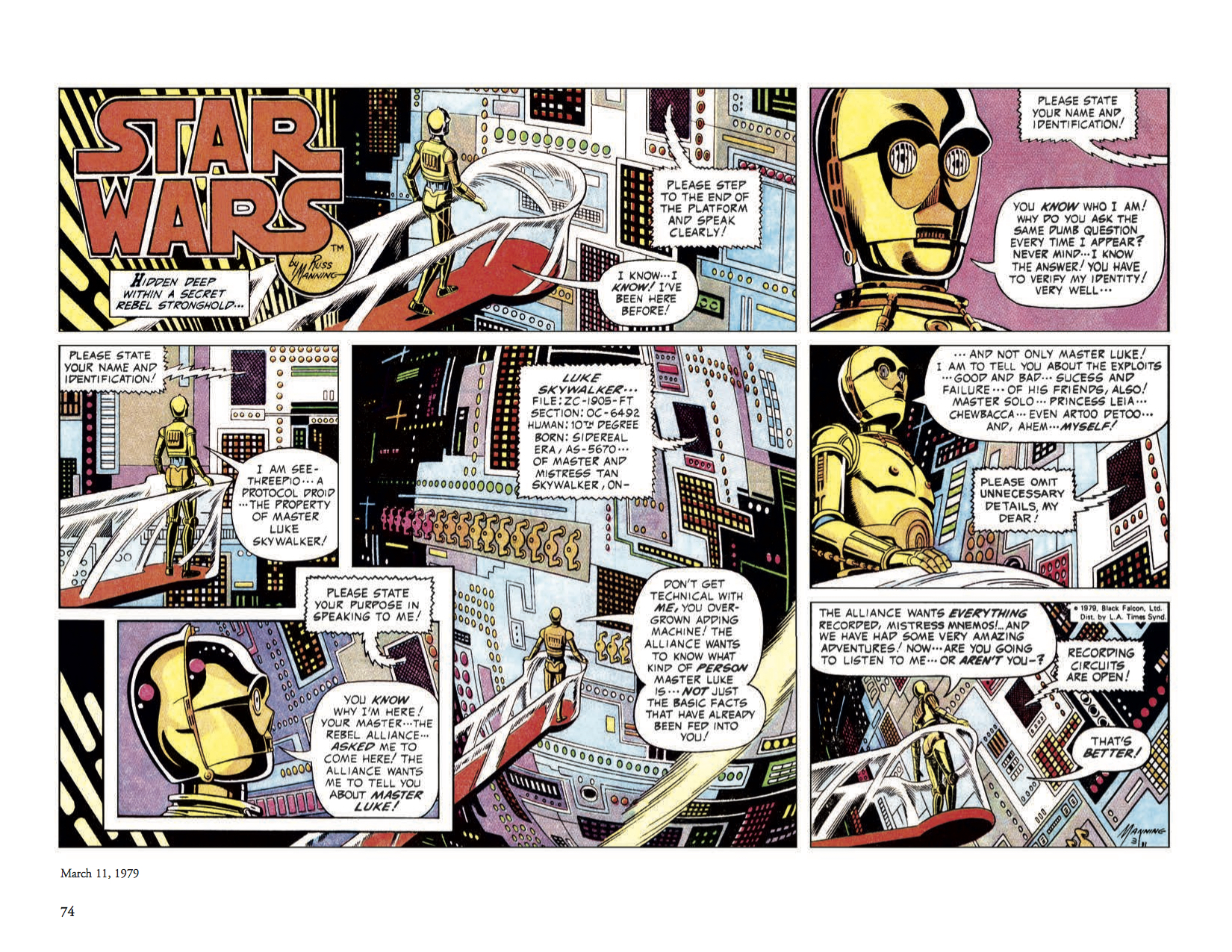 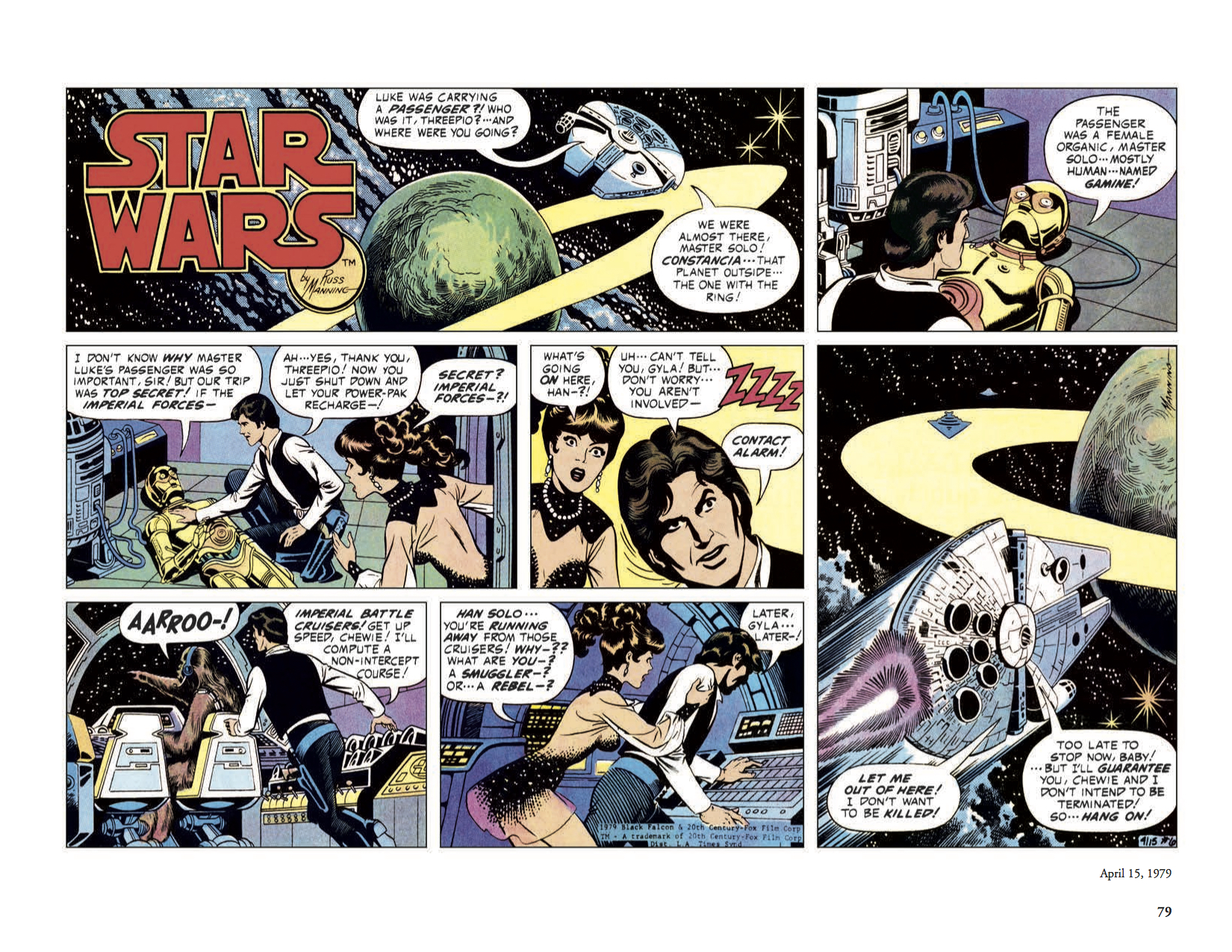 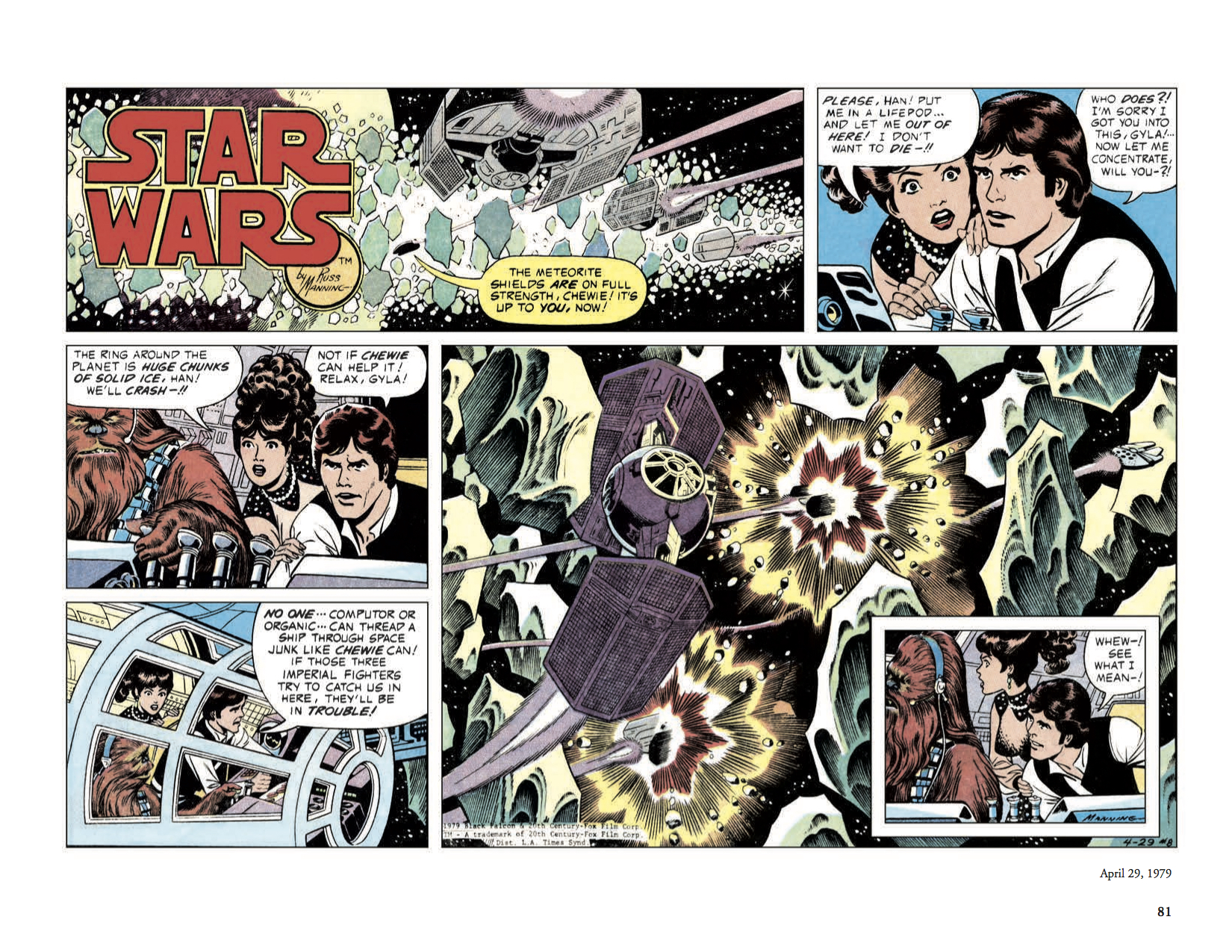 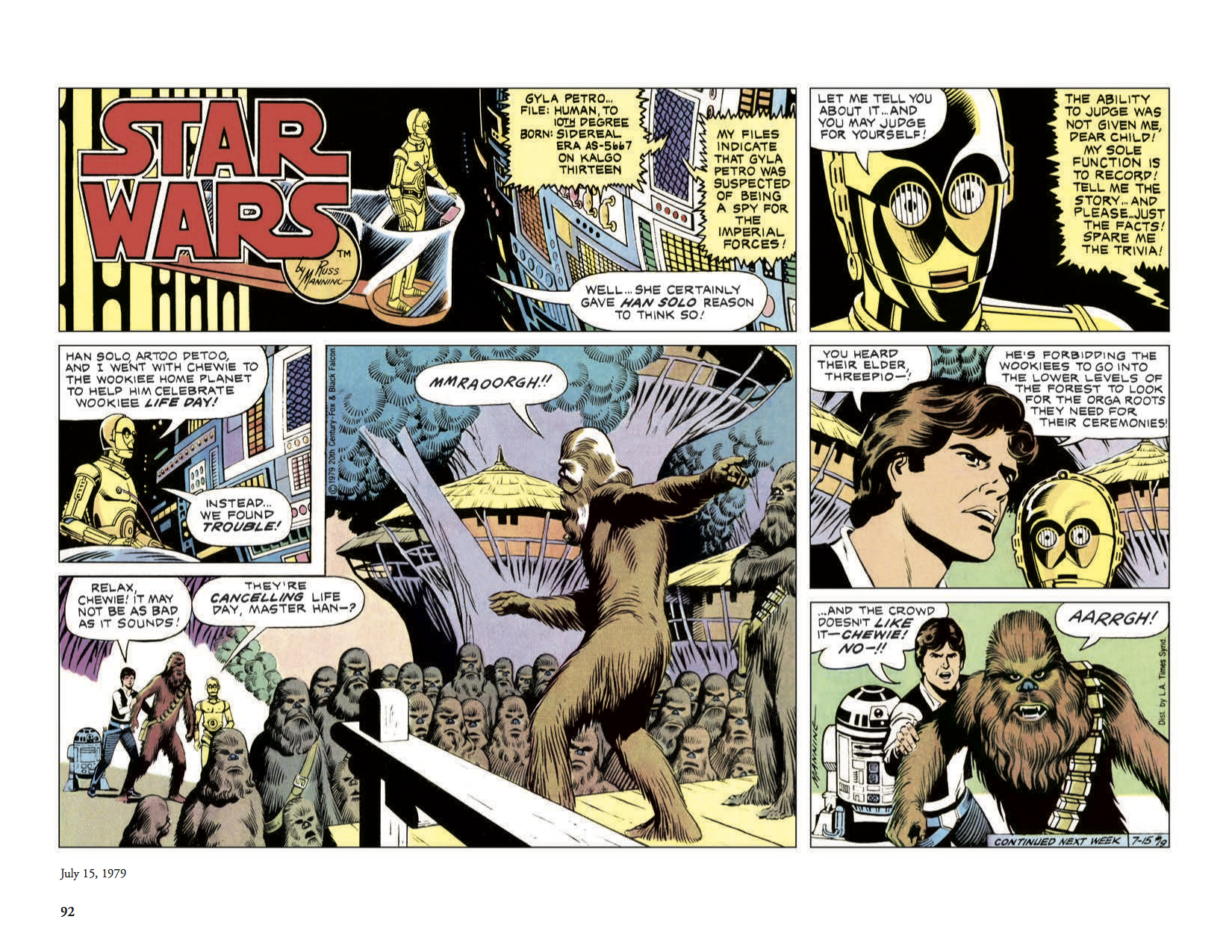 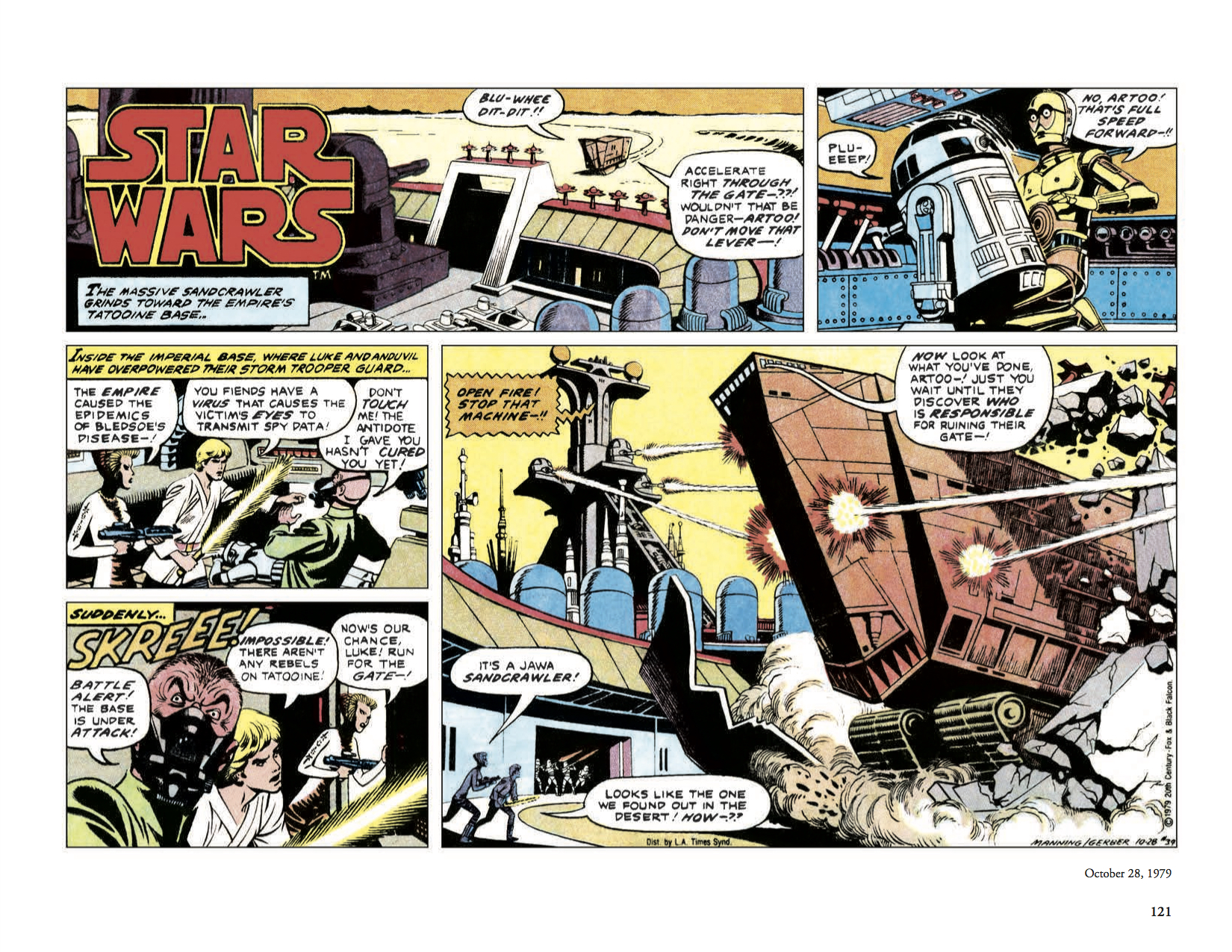 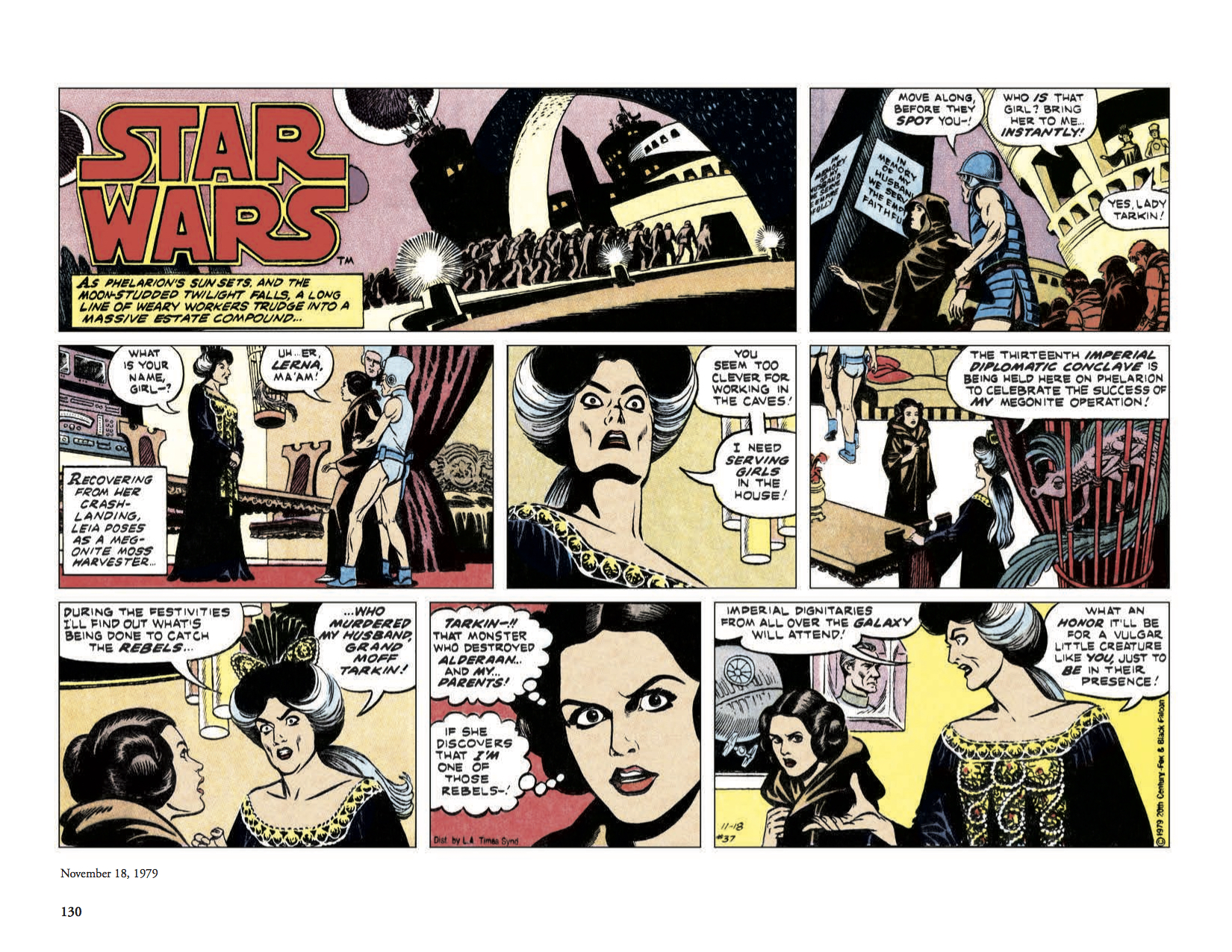