All things must pass.

Until 2014, I never read an issue of Silver Surfer. Never. Not once.

My comics interests tend toward the street level and when I do venture into sci-fi or the fantastic, it’s usually with characters who are still recognizably human(ish), like Superman or Green Lantern.

Silver Surfer? Just way too out there for me. Maybe it’s a failure of my imagination. I don’t know, it’s just how I’m wired.

But I’m a big fan of Mike Allred’s work, so when I saw he was launching a new title with Dan Slott, I figured I’d give it a try. 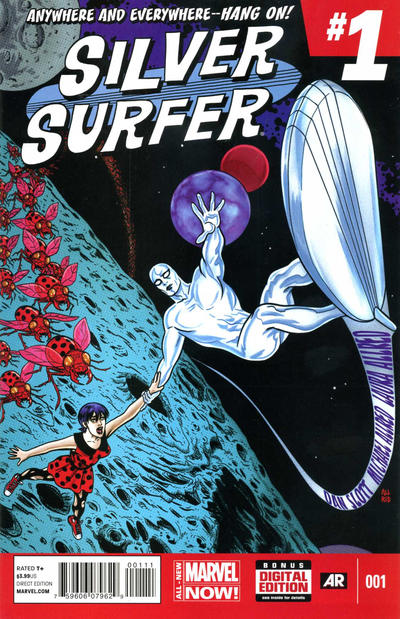 What I didn’t expect was a series — spread across two volumes, actually — that turned out to be the most romantic, and one of the most humanistic, I’ve ever read.

Silver Surfer has been a triumph for Slott and Allred (and colorist Laura Allred) from the jump and a small corner of my heart is breaking now that the final issue is upon us.

I expect to have more to say on this down the line but in the meantime, enjoy this SNEAK PEEK at Issue #14, out 10/25: 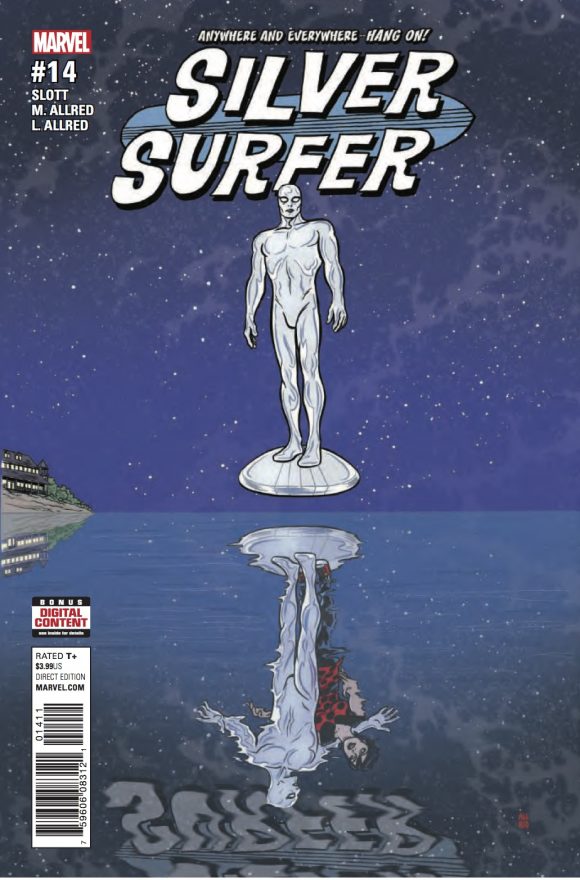 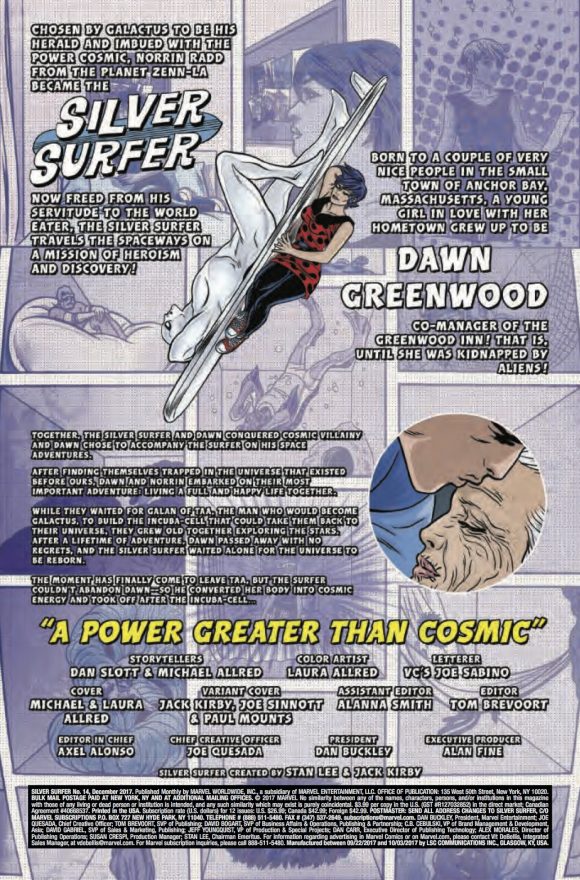 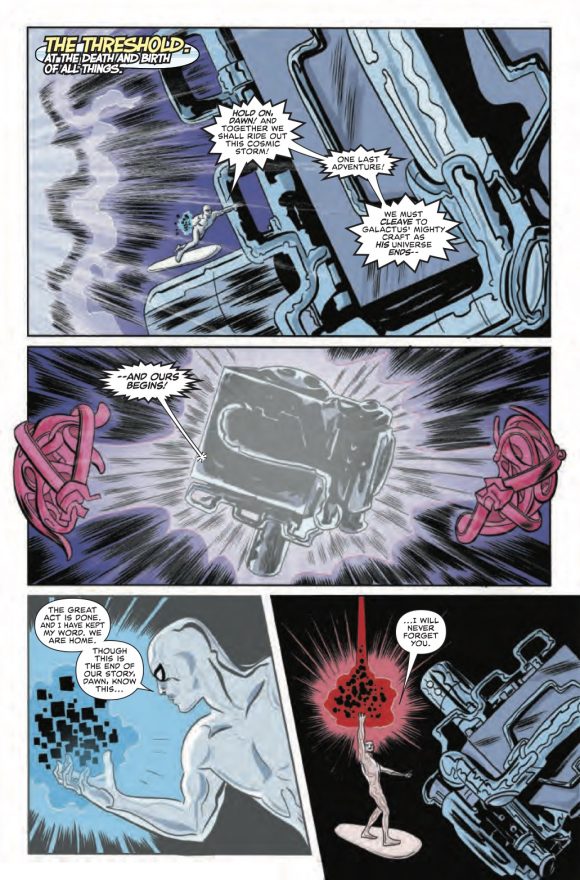 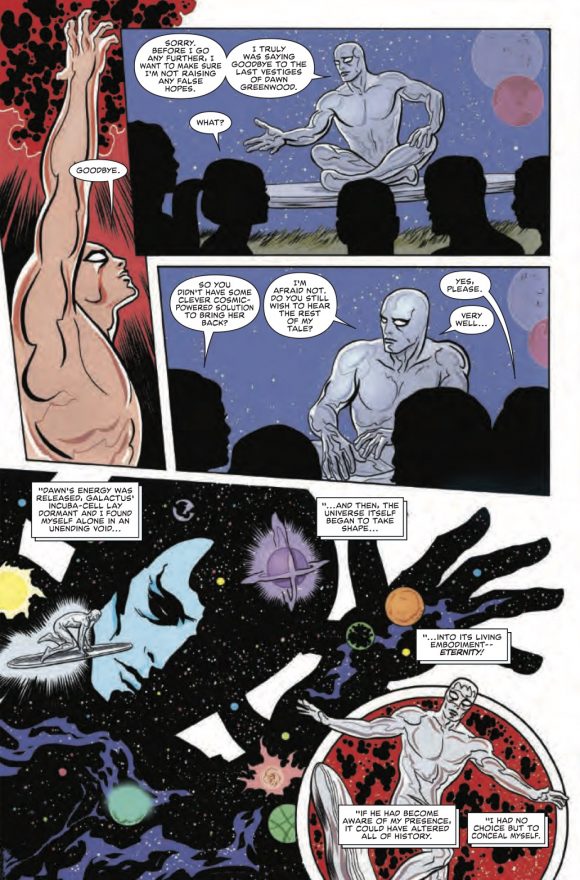 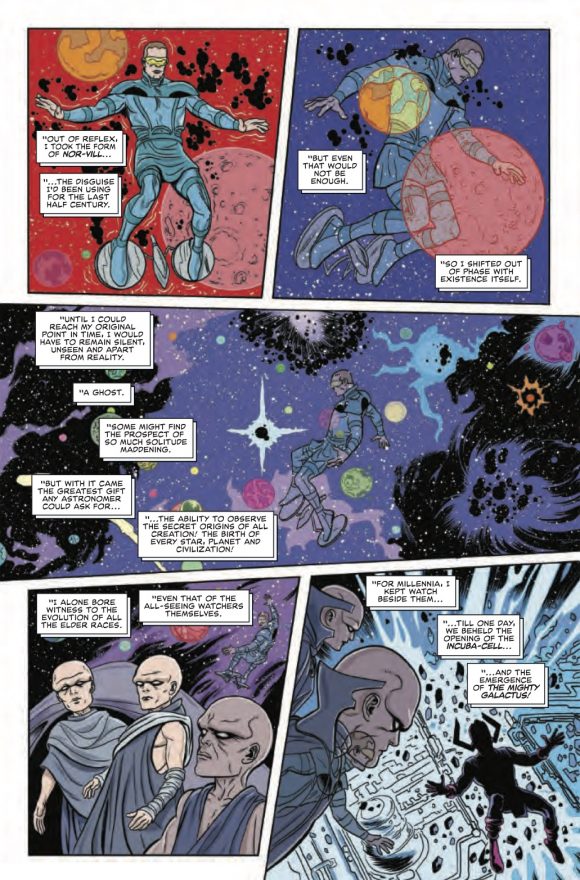