Whether you like variant covers or not, they can be dang purty… 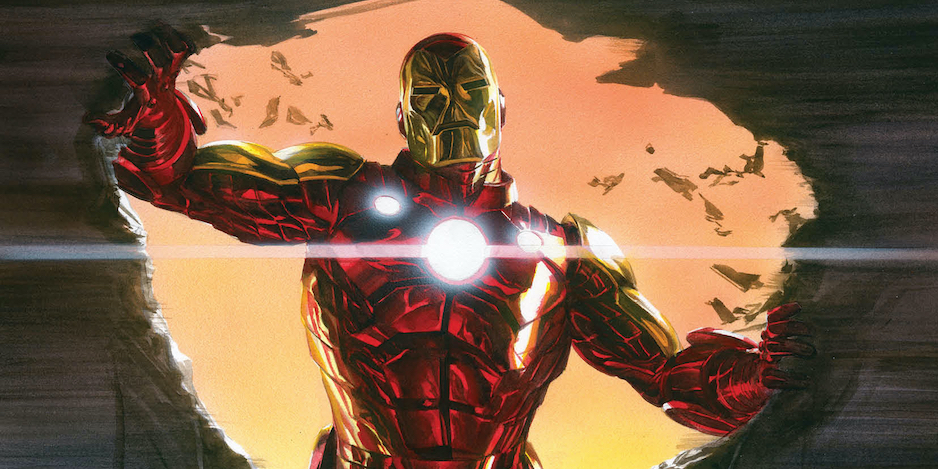 While I understand why a lot of fans and retailers don’t like variant covers, I personally enjoy them. Many of them are standalone works of art by some of the most vibrant and inventive illustrators in the field.

So with that in mind, the House of Ideas is planning a 2021 release for Marvel Comics: The Variant Covers, a hardcover retrospective of some of the most captivating comics images ever published.

Check out the official description, according to a listing on Amazon: 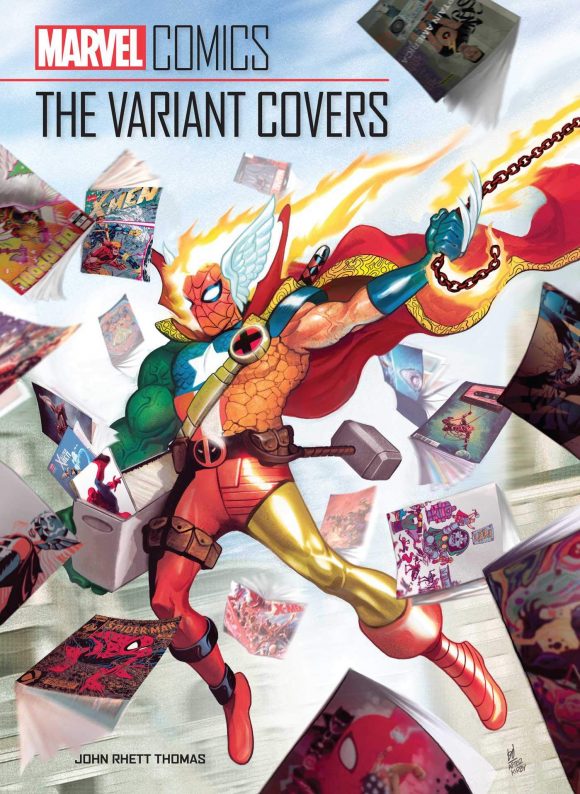 For the first time ever, explore the amazing visual history of Marvel Comics variant covers in this definitive collection.

Comprising some of the most sought-after and valuable comic art in the world, variant covers are a time-honored tradition in comics publishing. The variant cover phenomenon began in 1986 and was immediately embraced by fans everywhere; it was then bolstered in 1991 by Marvel Comics’ X-Men #1 setting the world record for the best-selling comic of all time, which is attributed to the astonishing collection of five variant covers released for the issue. The notion of variant covers caught on and has now become a regular part of Marvel Comics’ diverse output, with a spectacularly creative set of alternate covers being created for many key issues.

These works of art are collected in Marvel Comics: The Variant Covers, which showcases some of the finest and most famous variant covers ever produced alongside exclusive interviews from leading comic artists and industry experts. Featuring an astounding selection of covers starring fan-favorite characters, such as Spider-Man, Captain America, Iron Man, Black Panther, the X-Men, and many more, Marvel Comics: Variant Covers: The Complete Visual History is a must-have for casual fans and comic book aficionados alike.

And dig these early promo pages: 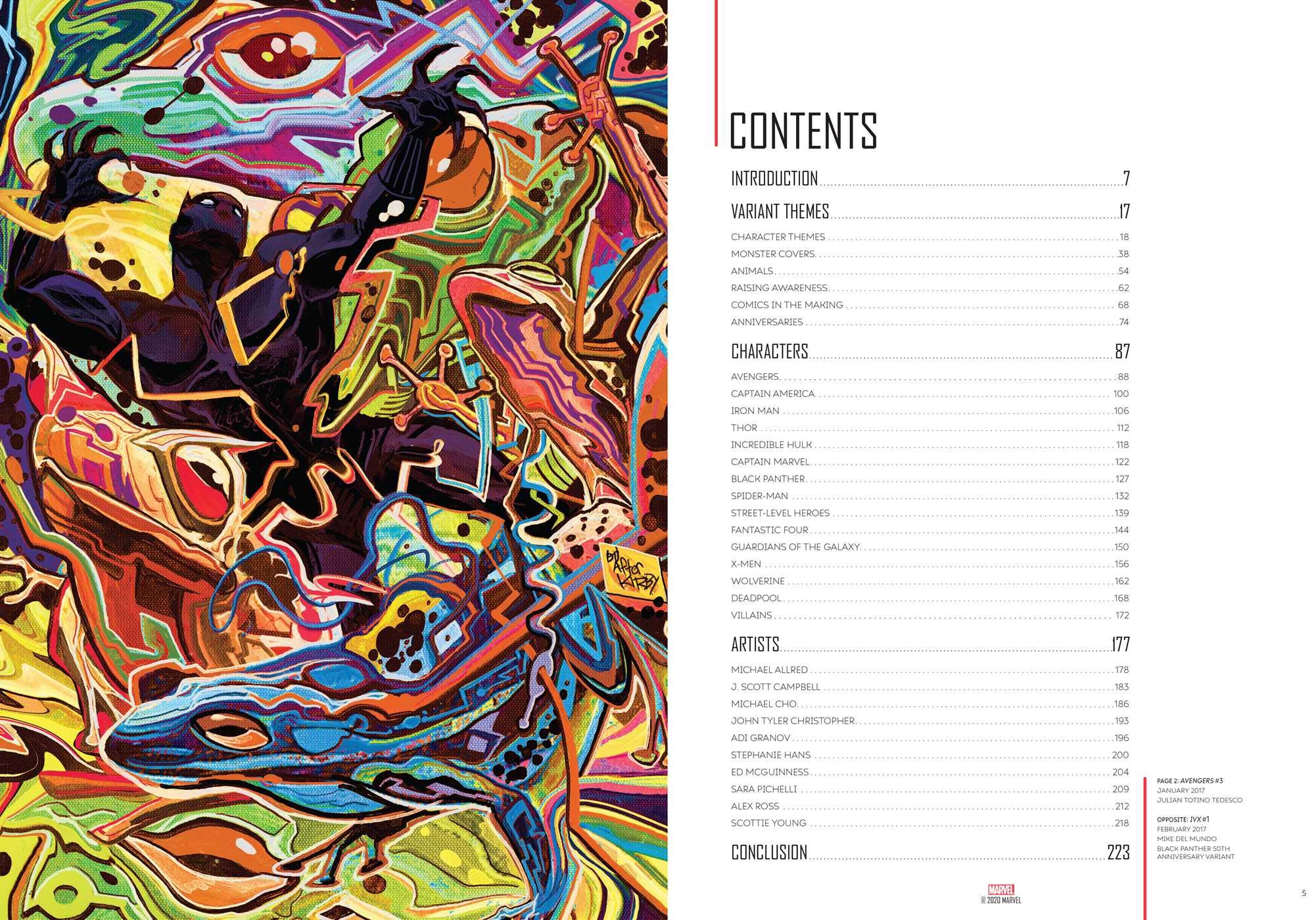 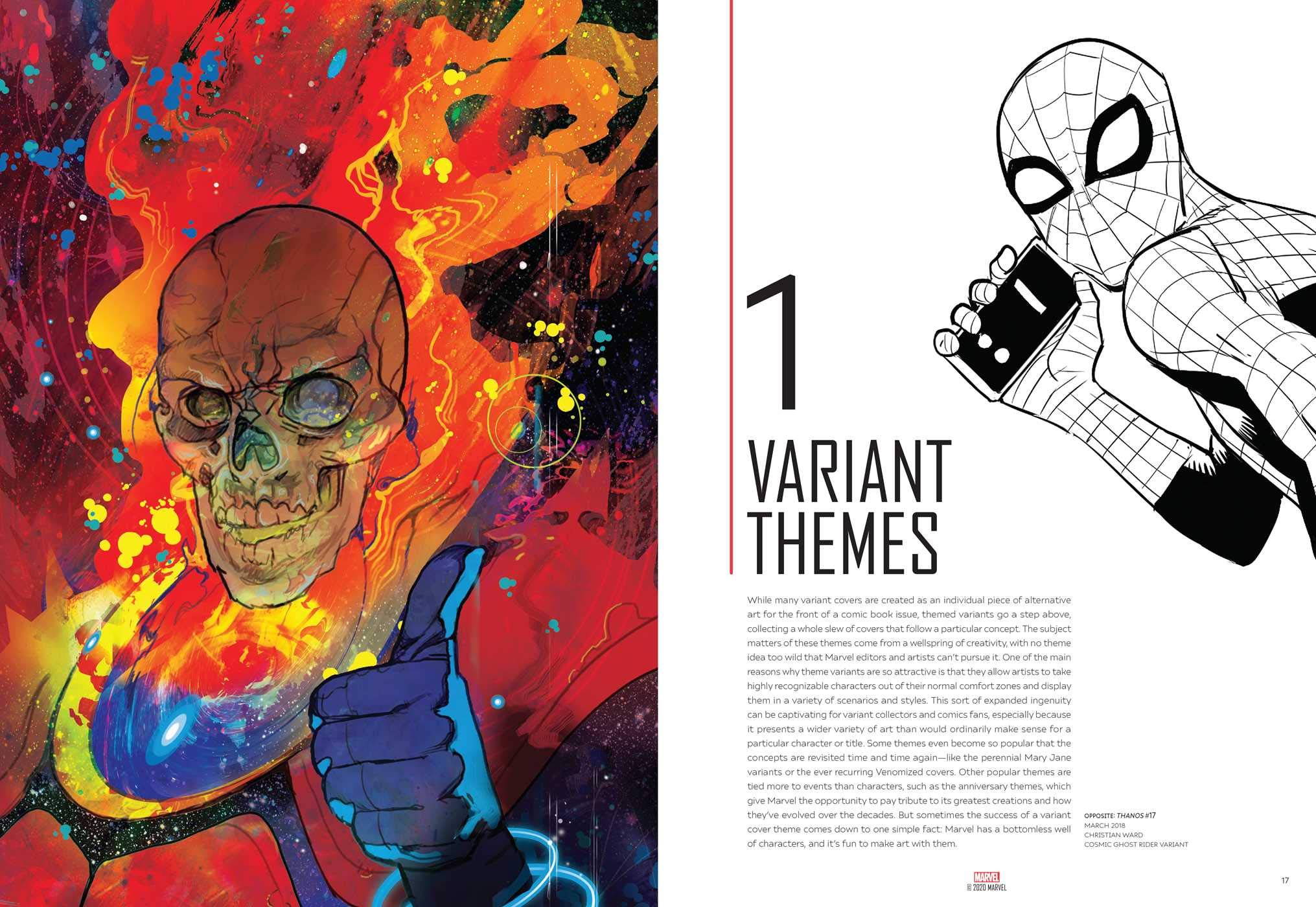 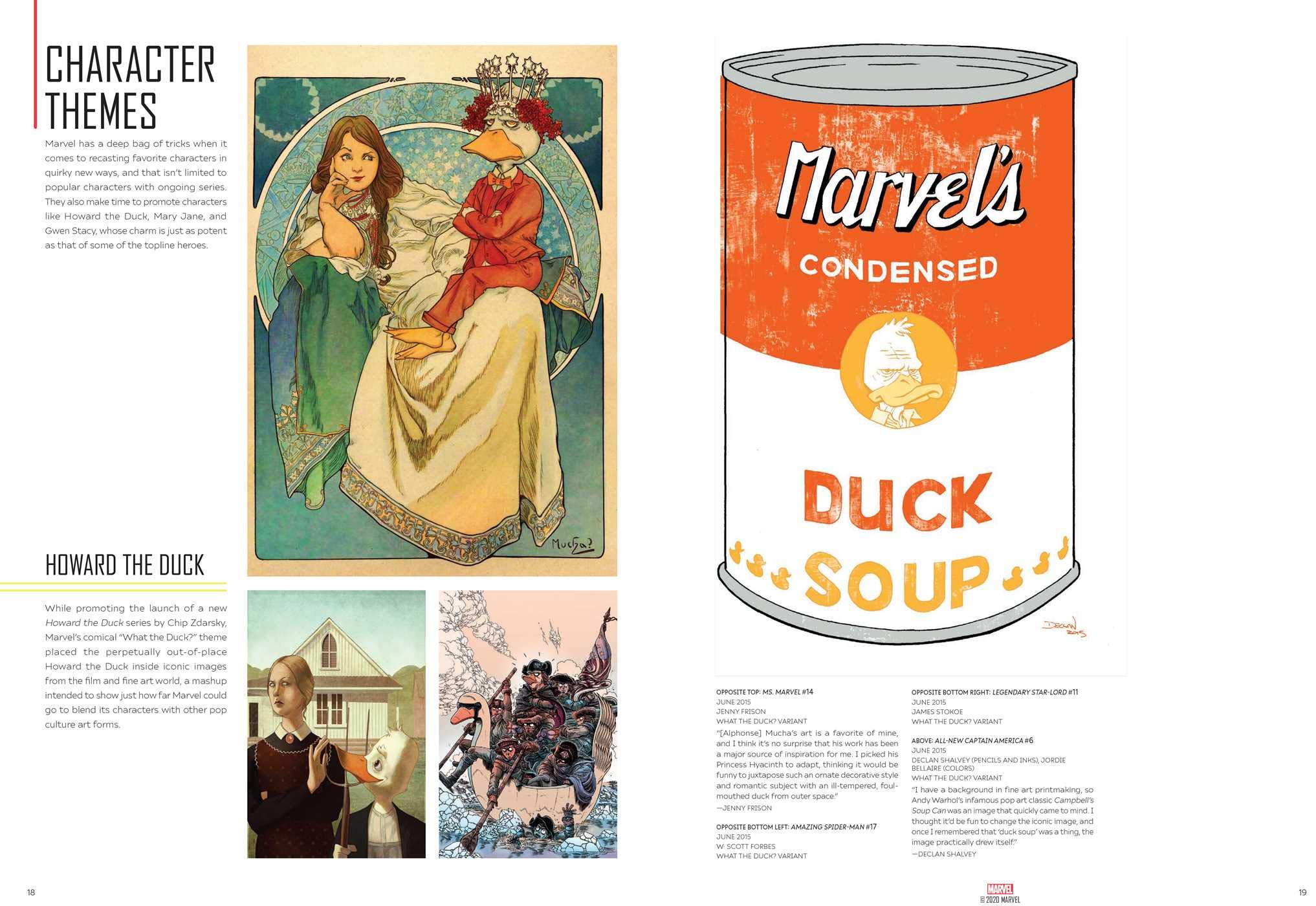 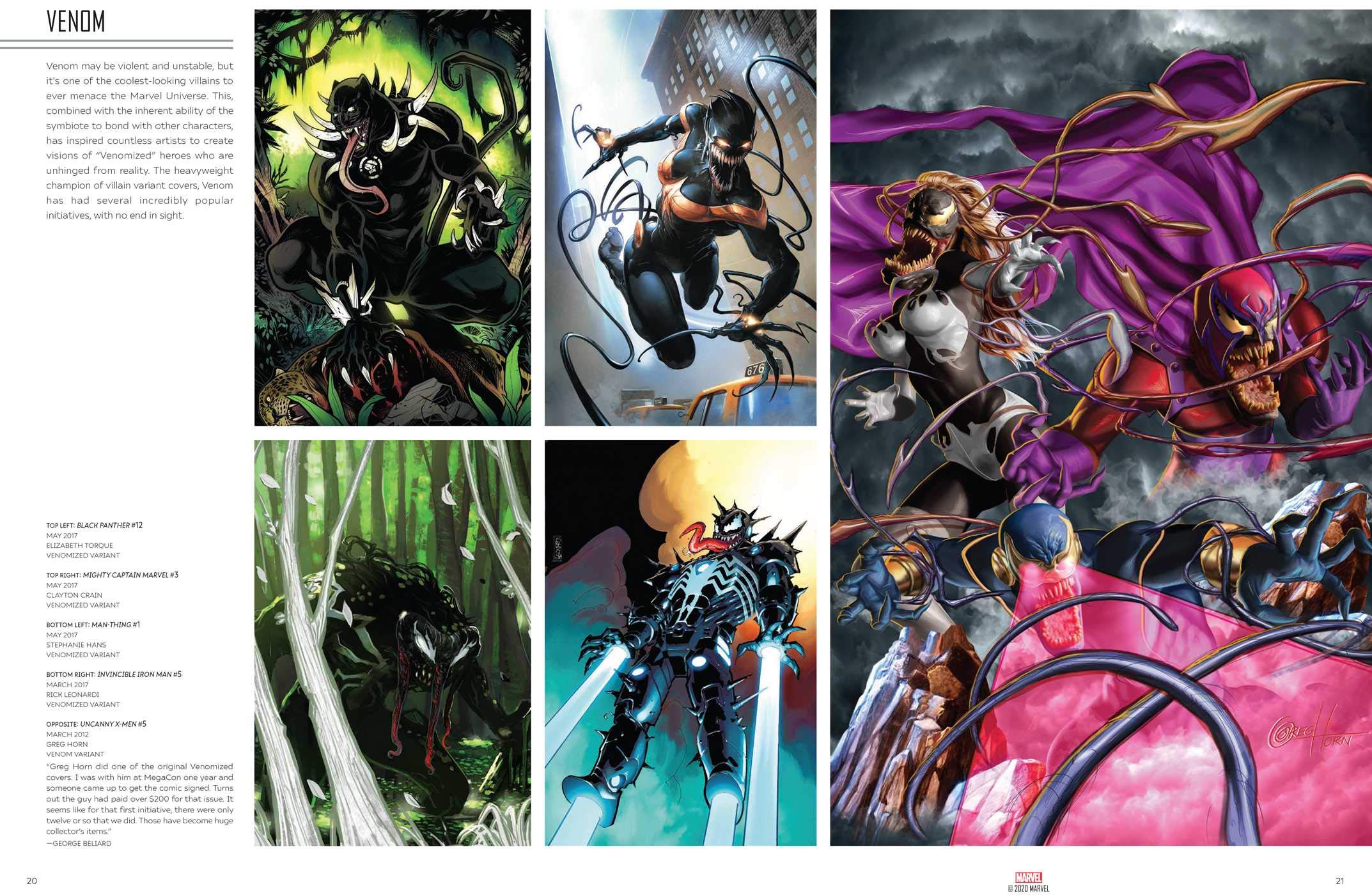 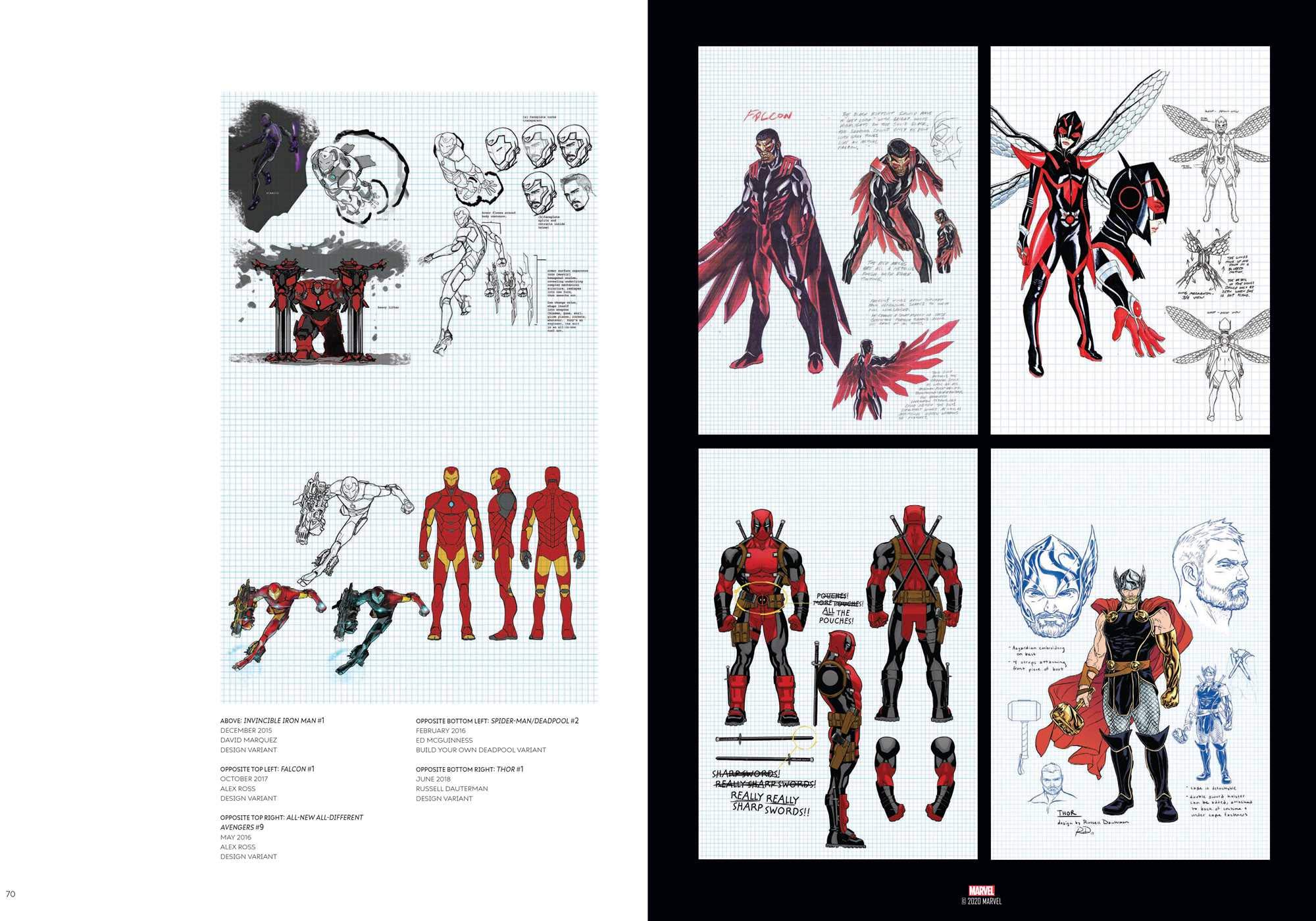 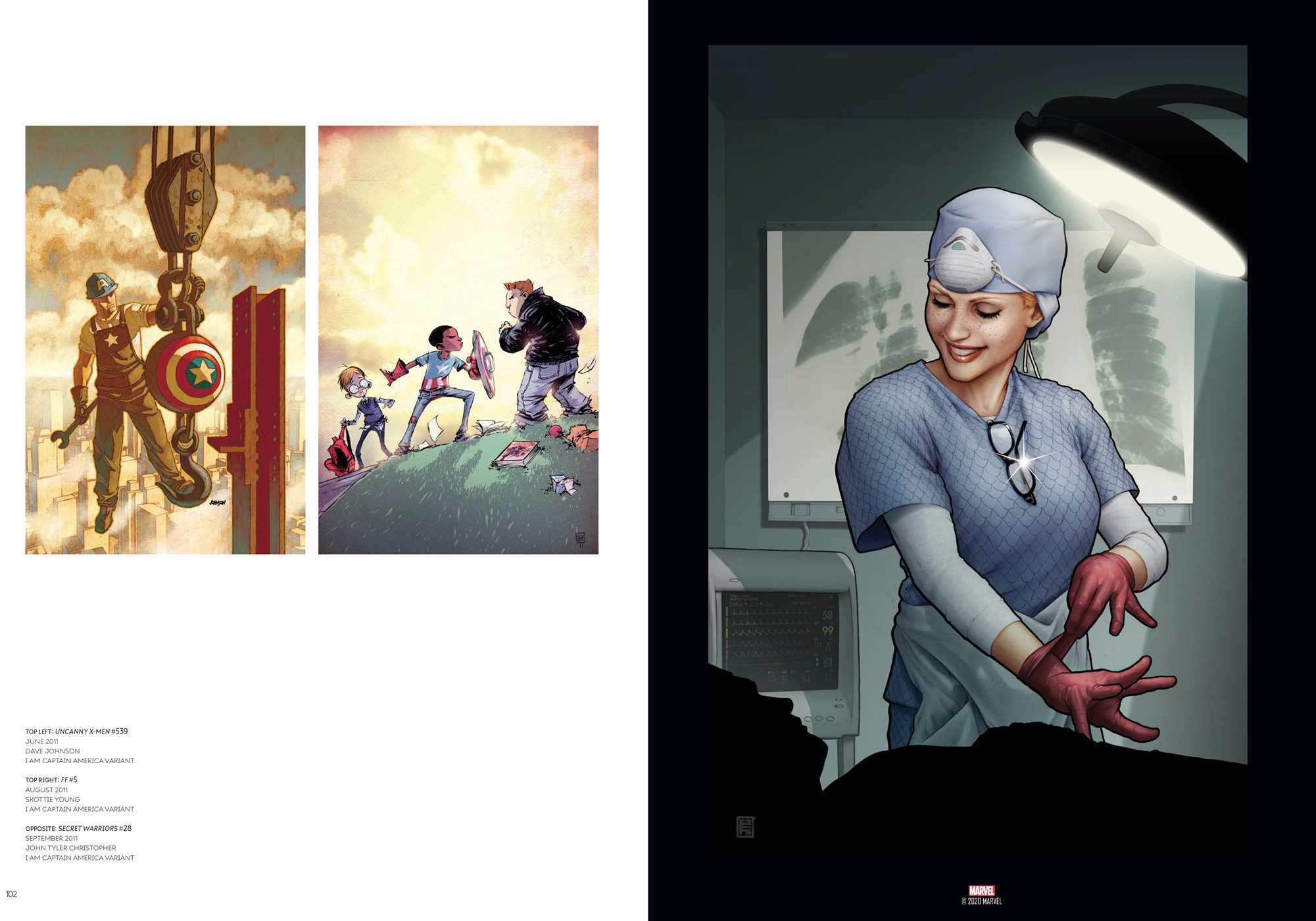 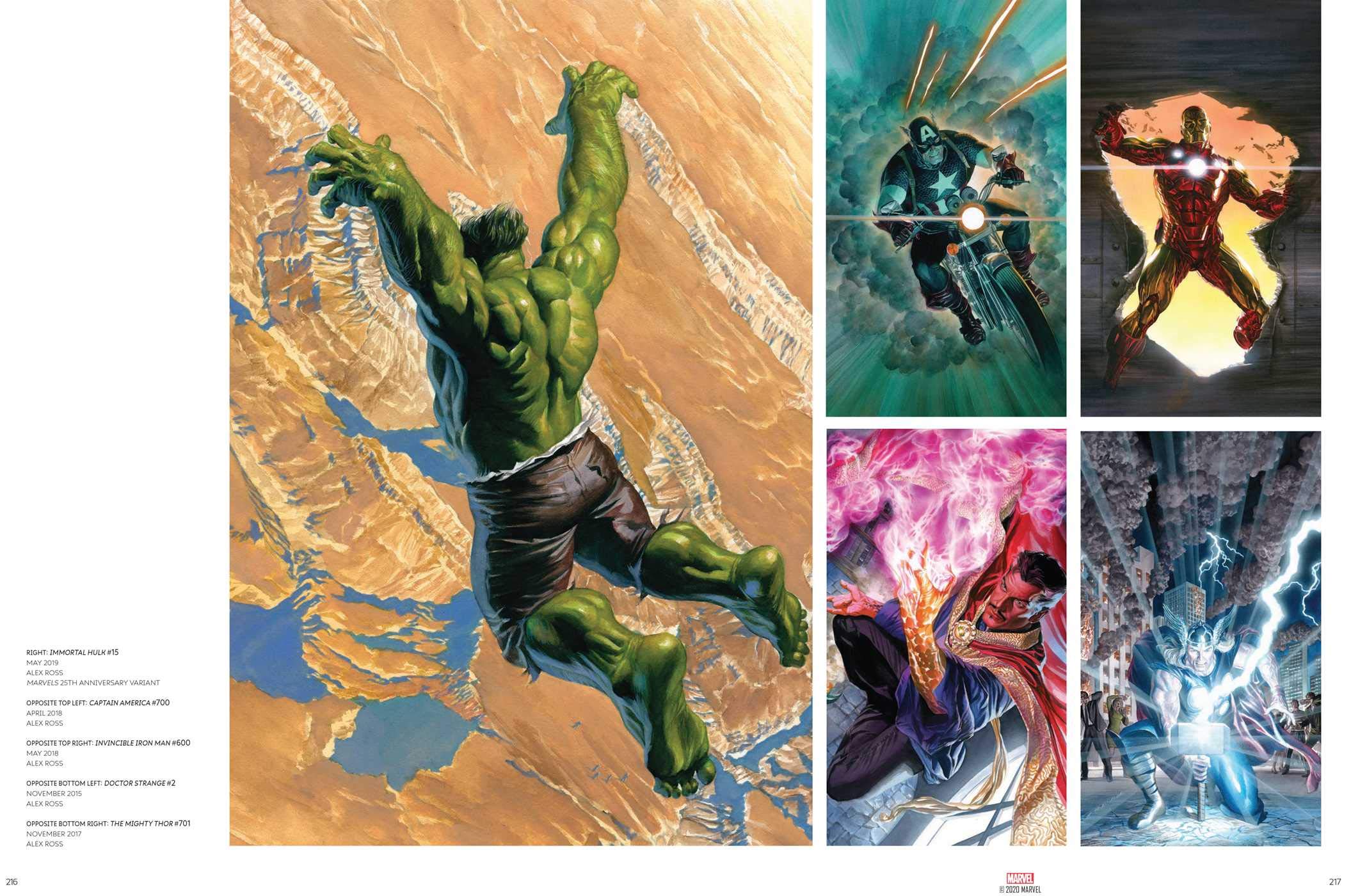 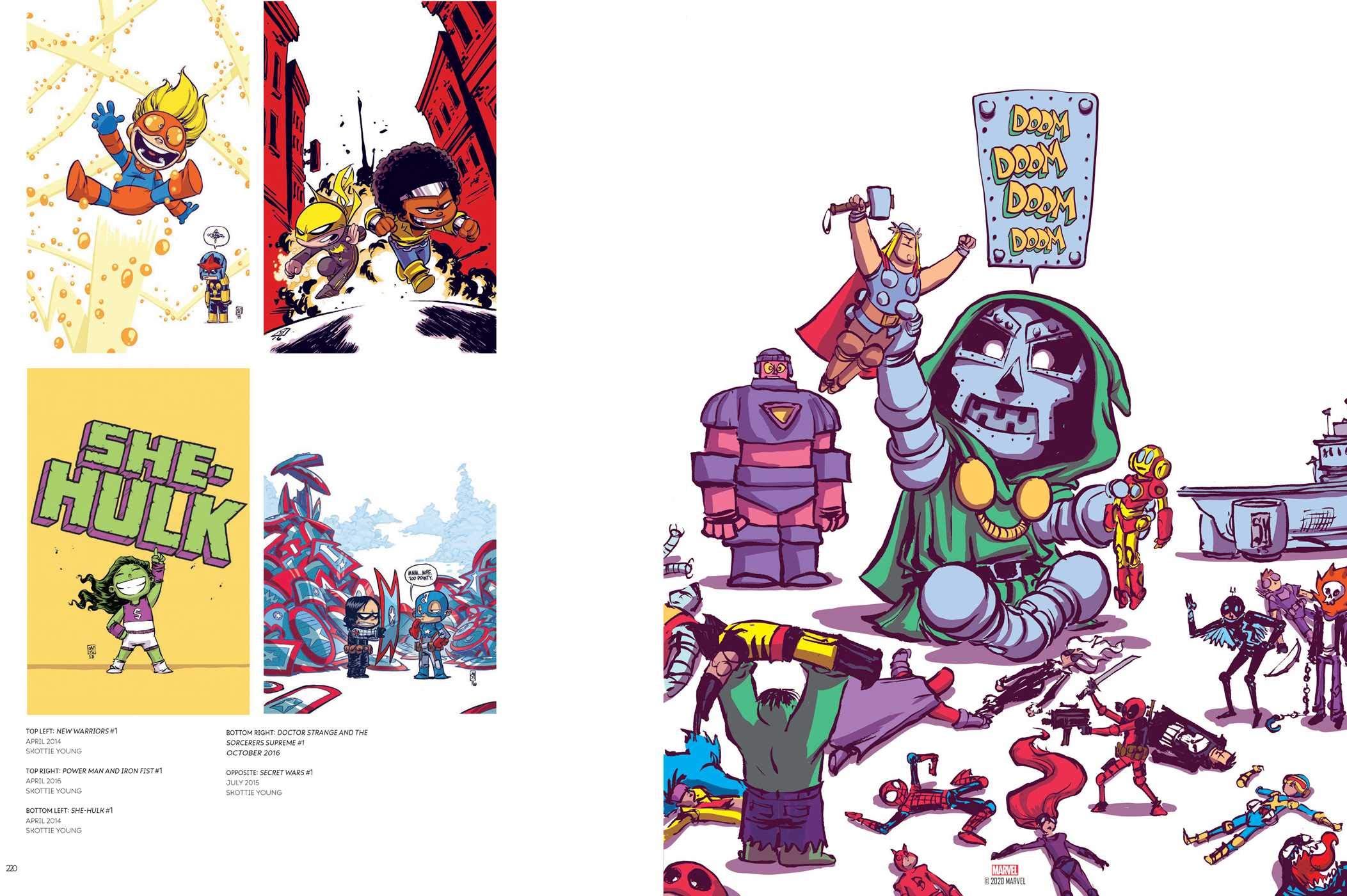 — The book cover is by Mike del Mundo.

— The 216-page hardcover from Insight Editions lists for $45. It’s due March 2, 2021 on Amazon. That means it could be in comics shops a week or two earlier.

— By the way, there’s already a DC version.