If you’re a Trek fan and a comics fan, it’s a great week for you. IDW has two titles coming out 7/13: Star Trek: New Visions Special — The Cage and Star Trek #59, that series’ penultimate issue.

New Visions is Byrne’s series of photo novels. I dig ’em. Usually, they’re original stories that work kind of as sequels to various episodes. This time, though, we’re getting an outright adaptation of the show’s original pilot, starring Jeffrey Hunter as Captain Pike, with Susan Oliver as Vina.

By the way, if you’re unfamiliar with Byrne’s photonovels, they’re similar to these Bantam books of the ’70s: 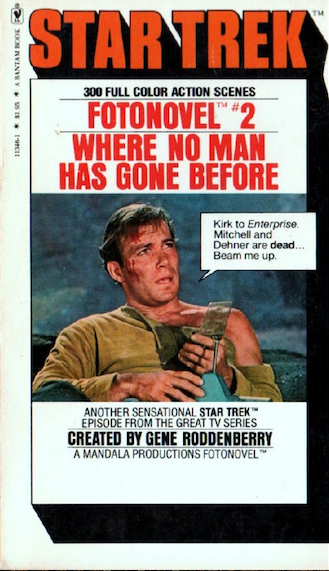 Below, you’ll find a SNEAK PEEK at the issue.

But that’s not all! Check out Byrne’s piece on how he puts together these photonovels. It first appeared in print in Vol. 1 of the New Visions trade paperback, but we’re bringing it to you here as a TREK TUESDAYS special.

And, as they say, stay tuned because below that is a SNEAK PEEK at Star Trek #59 by Mike Johnson, Tony Shasteen and Davide Mastrolonardo. The ongoing series, which has focused on the newly-christened Kelvin Timeline, ends at Issue #60 — and it wraps with a two-parter in which William Shatner’s crew meets Chris Pine’s crew … 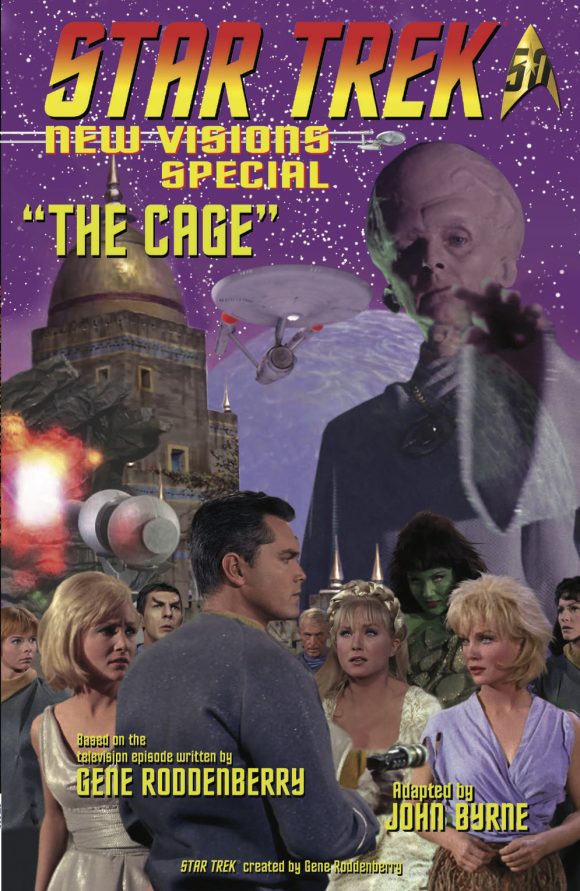 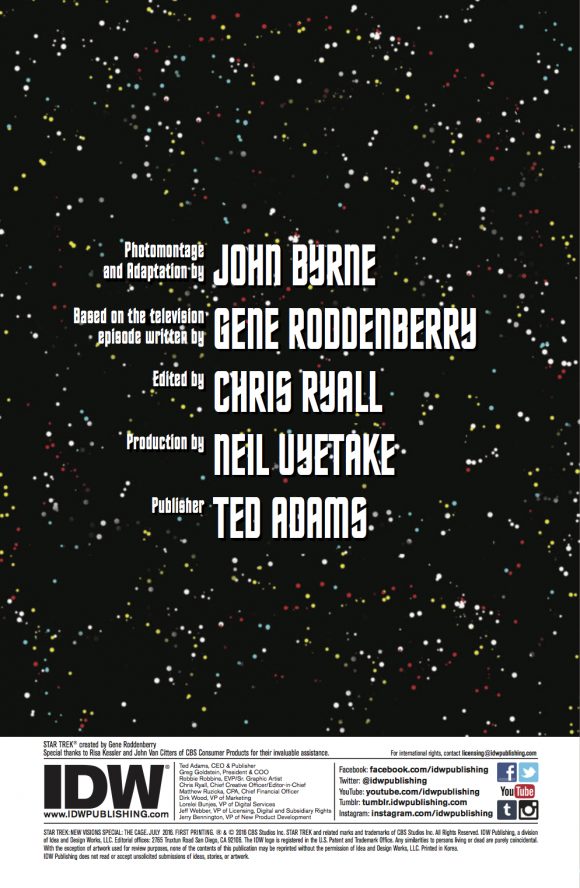 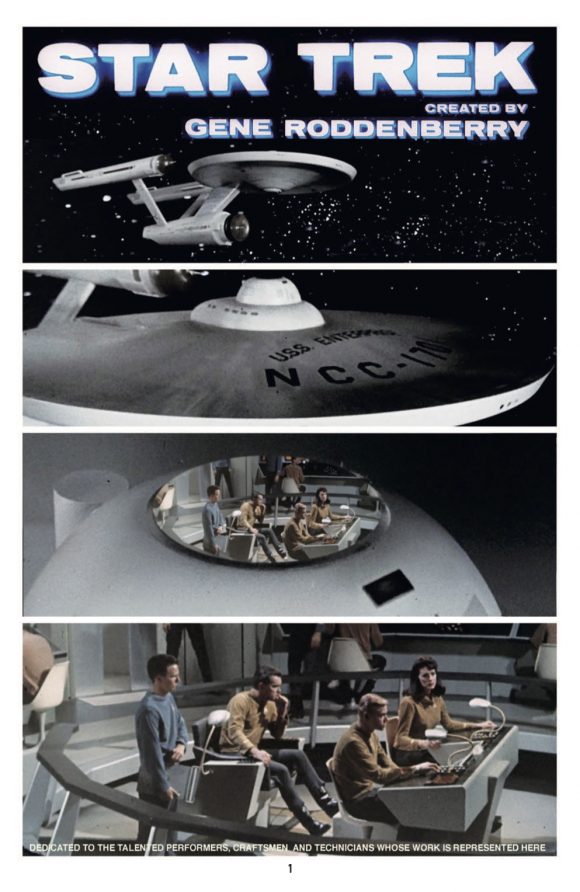 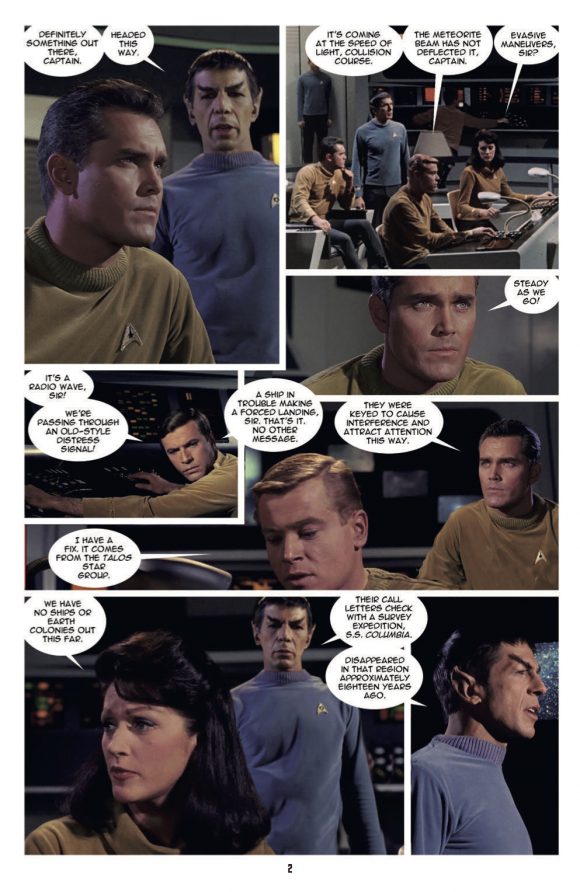 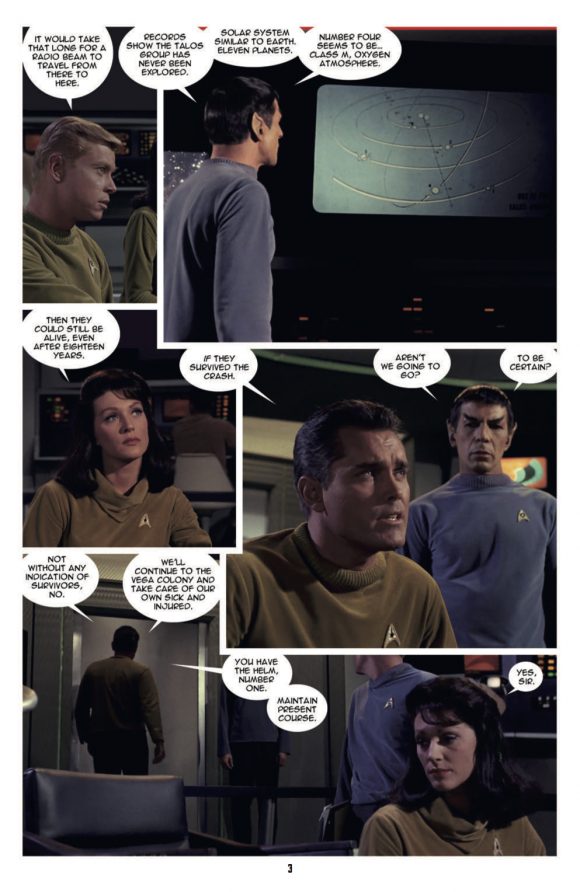 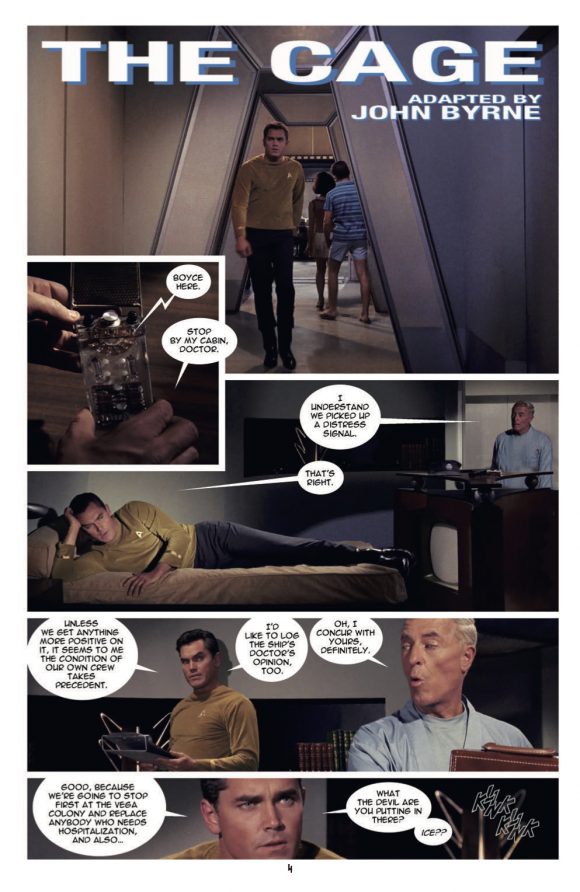 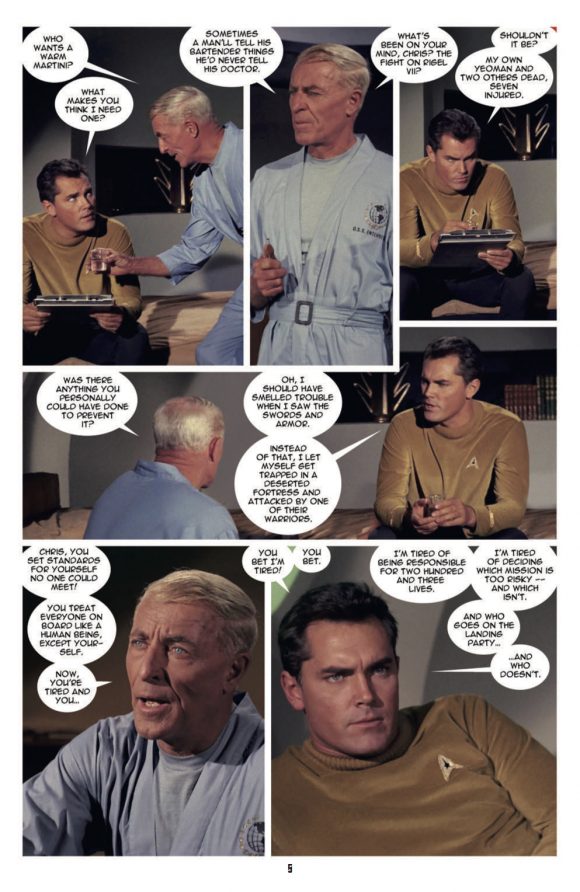 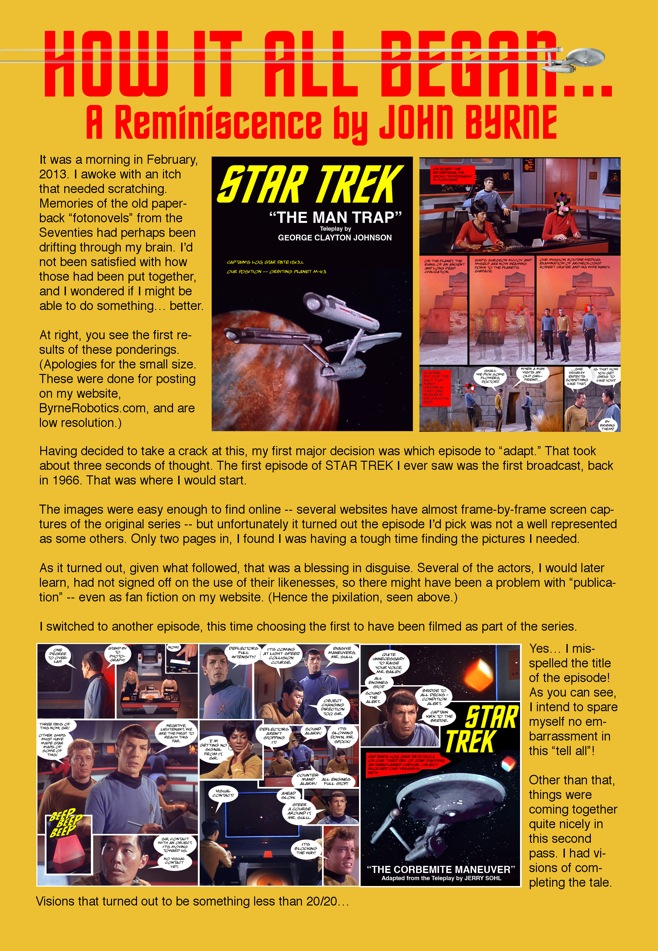 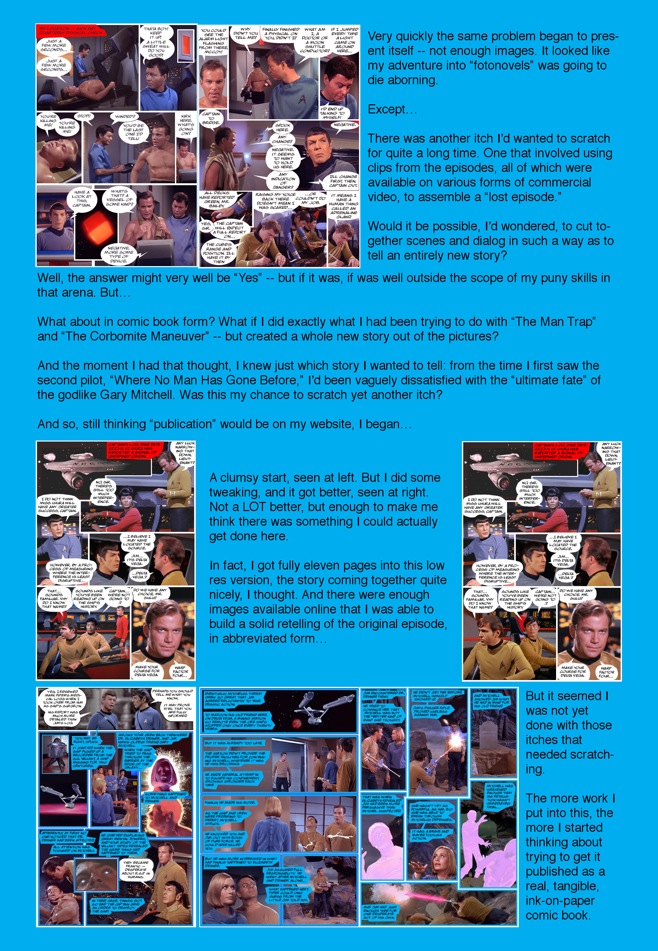 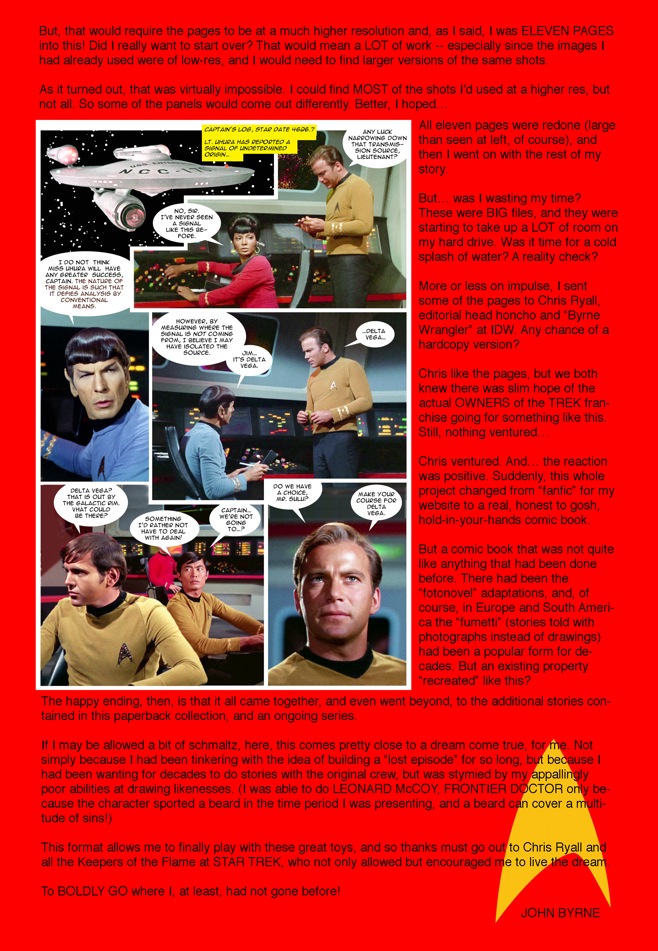 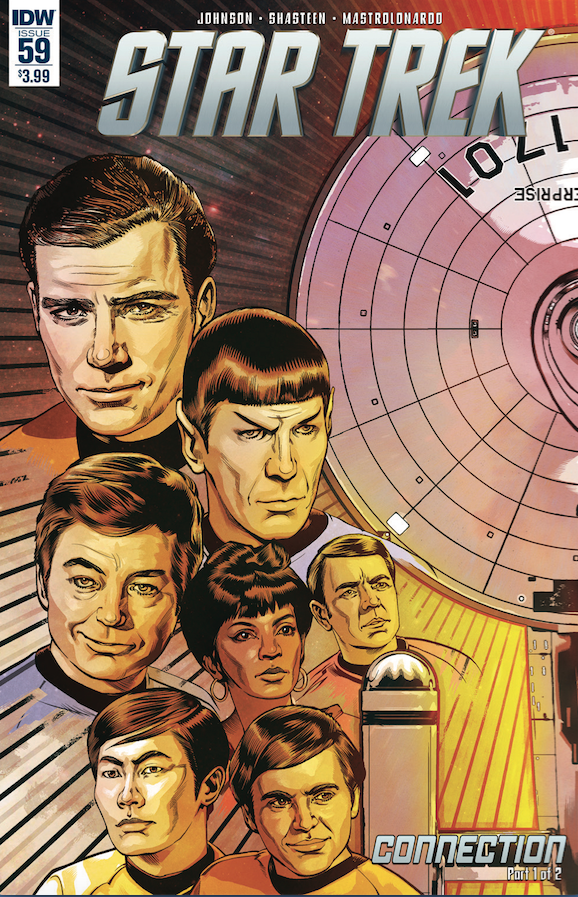 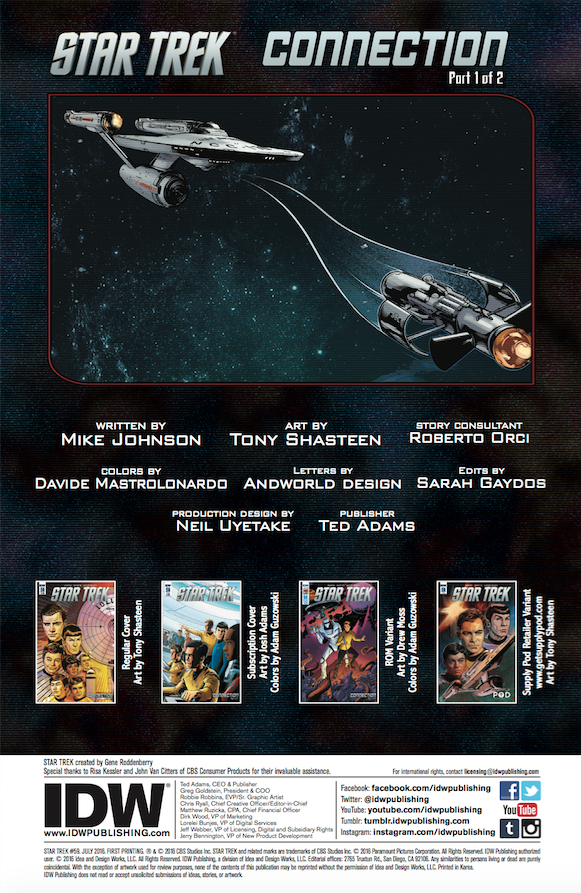