Funko’s DC Legion of Collectors exclusive is the coolest Wonder Woman item of the year.

Some years back at San Diego Comic-Con, I picked up a Hot Wheels exclusive to surprise a friend: A Wonder Woman “Invisible Jet” that looked like this: 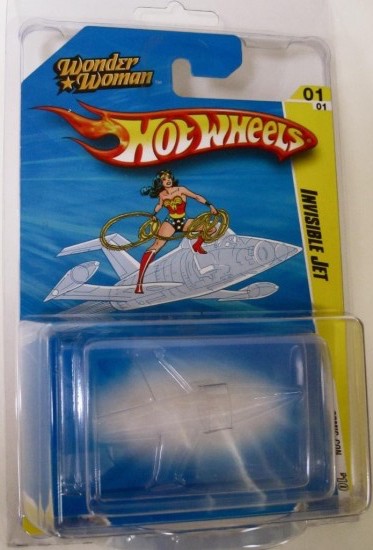 If I had it to do over again, I would have bought one for myself too, seeing as they’re now going for about $250 on eBay.

But the bottom line is that the item was a gag, a funny joke. Funko’s new Invisible Jet, on the other hand, is cool precisely because it’s actually there — and I’ll say right now that this is my all-time favorite Wonder Woman collectible. 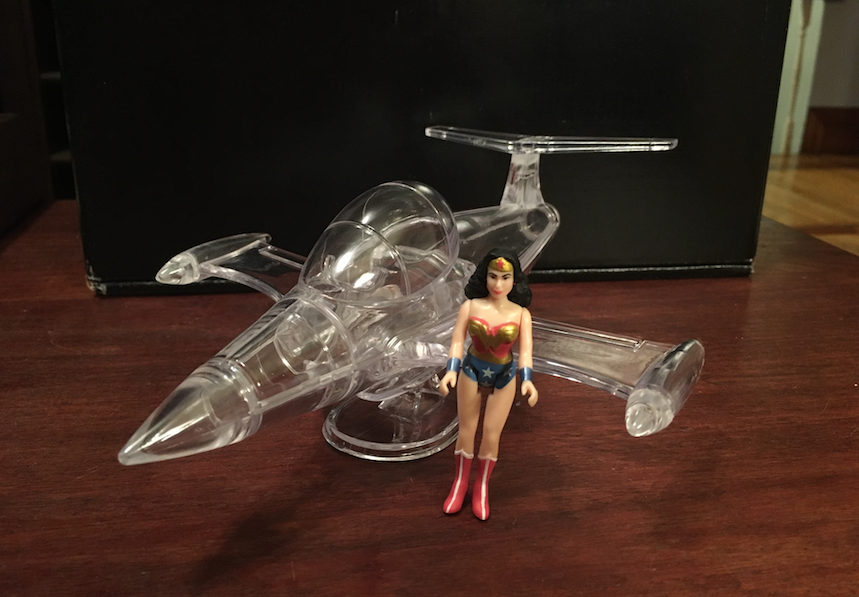 The Invisible Jet is available as part of Funko’s Legion of Collectors subscription service, a bimonthly box of exclusive DC mystery goodies sent to your home. (They have other services too, including Marvel and Star Wars.) So you can’t buy it on its own but if you subscribe to the service, you can order a box that’s already been released.

Every box has a theme: The Invisible Jet was part of September’s Women of DC set, which also included a T-shirt, patch, pin, comic book and a Pop! Hawkgirl figure. Next up is Batman’s villains in November. 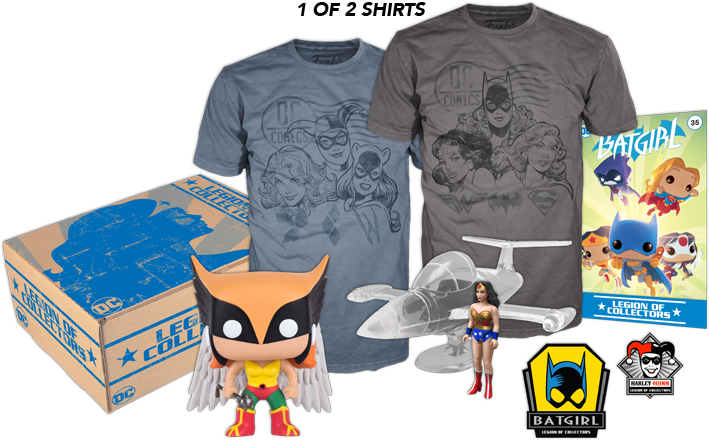 Anyway, the jet itself comes in a brightly colored, resealable box featuring WW’s old-school logo. And you also get a mini Wonder Woman in her latter-day Bronze Age outfit, featuring the twin Ws on the breastplate. 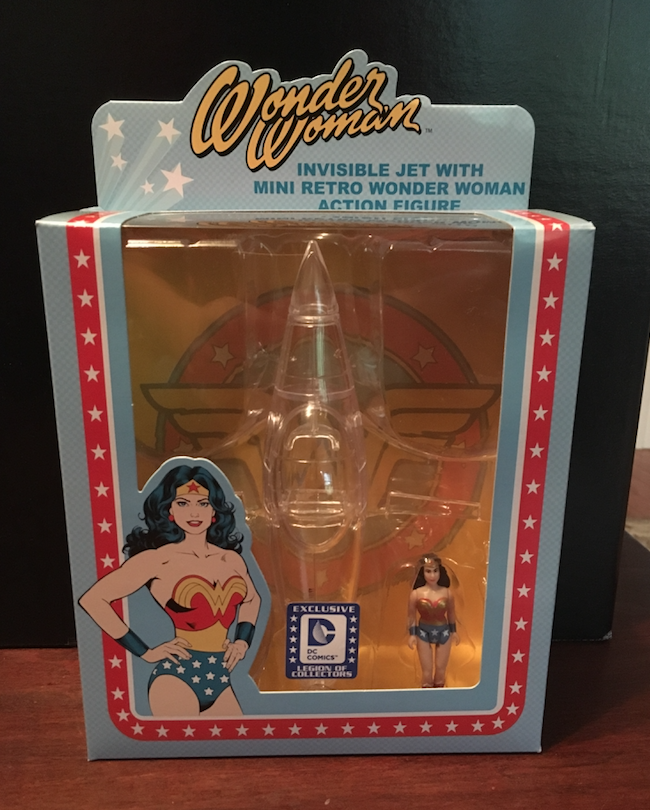 Wonder Woman fits right in the cockpit and you’re good to go, simple as that. 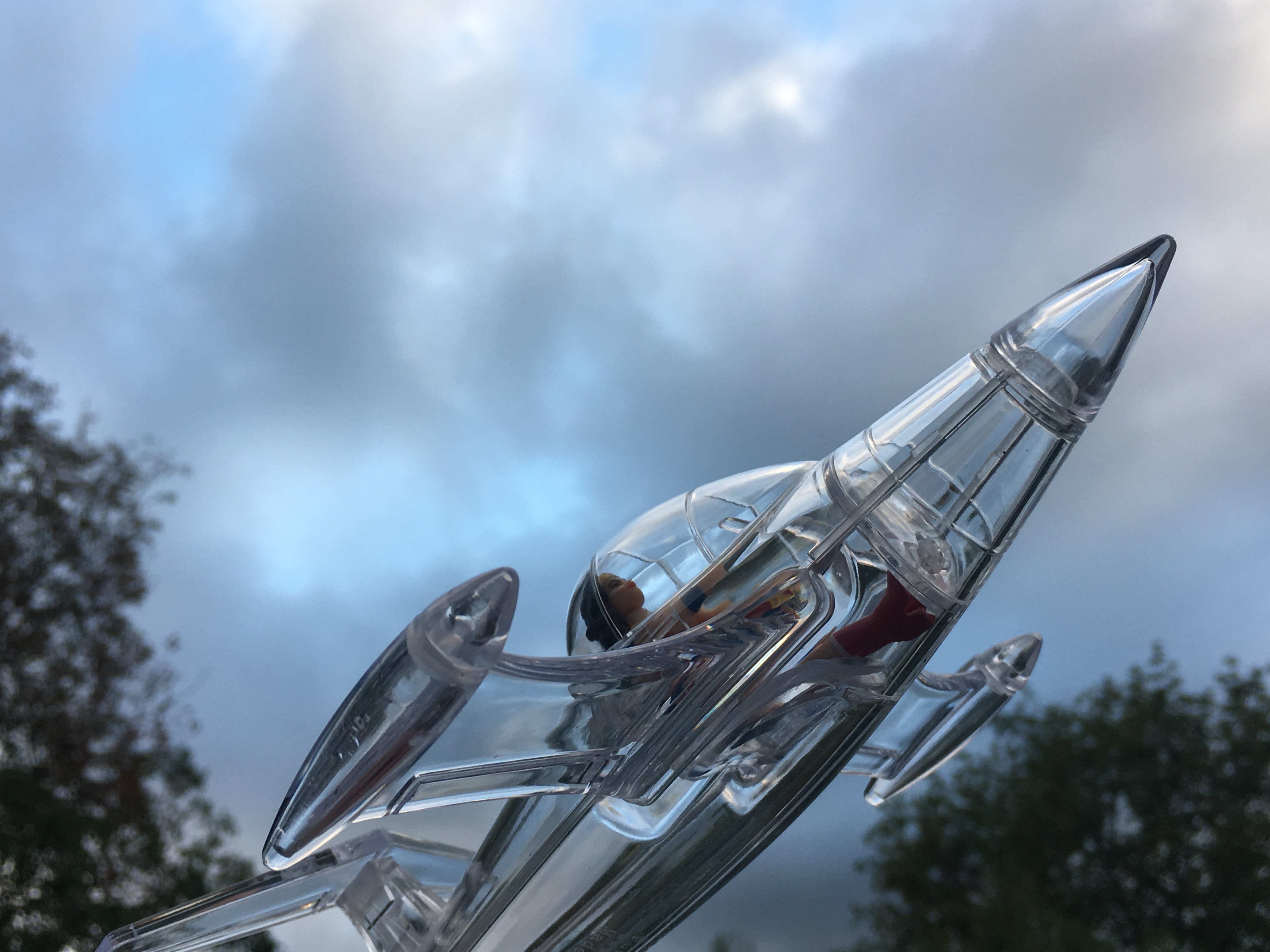 The DC Legion of Collectors service costs either $25 or $150, depending on your membership level. Click here for more info.