EXCLUSIVE ART: Been awhile since we’ve checked in with ol’ friend Shawn. We talk about his Image book — with some guys named Kirkman and Diggle — reaching a mini-milestone this month.

Shawn Martinbrough is one of the most charming guys I’ve met in comics. Wildly talented too. And good-looking! He’s been the constant in Image’s Thief of Thieves since its inception a couple years ago. We got caught up in this MIGHTY Q&A, talking about Issue #25, what’s ahead and where things stand on the TV front for the modern noir comic. Plus: Fancy EXCLUSIVE black-and-white progess art from Shawn himself. 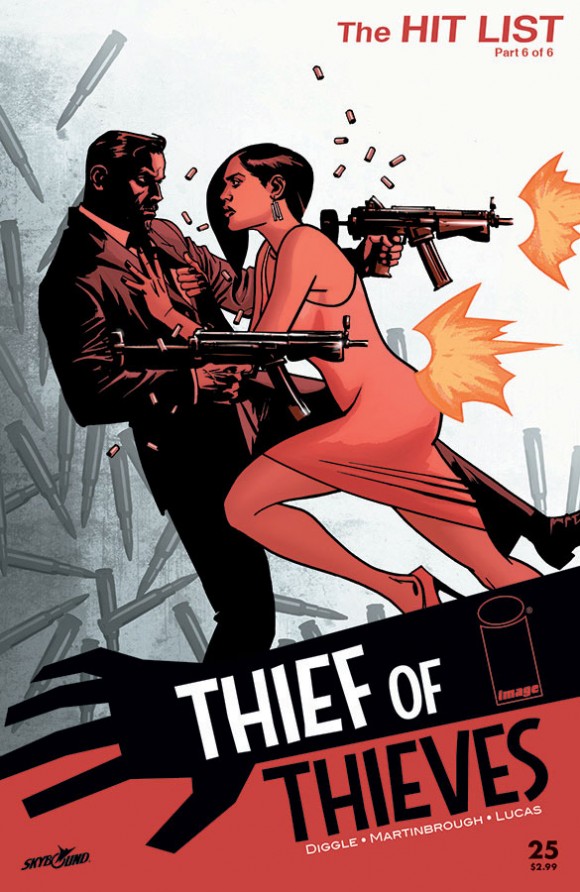 Shawn Martinbrough: Thief of Thieves #25 is the conclusion to The Hit List storyline, which is the fourth arc of the series. This issue wraps up all of the prior storylines, beginning with Issue #1, that were written by Robert Kirkman, Nick Spencer and James Asmus. In the story, our lead character Conrad Paulson a.k.a Redmond has been trying to retire from his life of crime as a master thief. Unfortunately, his business associates are not happy with his plan and employ various measures to keep Conrad from leaving the fold. Their most direct threat is kidnapping Conrad’s son Augustus, an inept thief who is desperately trying to follow in his father’s footsteps. Issue #24 ended on a cliffhanger with Conrad held hostage by the sadistic crime boss Lola and his army of killers, leaving his ex-wife and son to attempt an ill-fated rescue. Basically, the shit hits the fan in this climatic issue, brilliantly written by our regular series writer Andy Diggle.

25 is a nice round number. Tell me what it’s like to help create a world from the ground up for this length of time.

It’s great fun working with Robert and all of the amazingly talented writers on the series, Nick, James and now Andy. Robert has given me encouragement, and an enormous amount of freedom to create the visual look of this series and design the diverse set of characters.

What’s been the best part of working on the book?

The best part for me as the artist is the free reign to really build this world of Conrad Paulson and company from the ground up. Whether it’s a professional thief from Brooklyn, a corrupt official in Venice, Italy, or a high-priced lawyer from the U.K., my challenge is to give each new character their own distinct style and attitude. After 25 issues, we’ve amassed quite an eclectic group of characters in the Thief of Thieves universe.

How much longer do you see yourself doing this or are you itching to do other projects soon?

I will draw Thief of Thieves until “they pry it from my cold dead hands.” Seriously, I love drawing this series and working with all of the talented folks involved. It’s a ton of fun so I hope to stay on as long as possible. My goal is to get further ahead on the schedule on Thief of Thieves so I can potentially squeeze in an extra project or two.

Where do things stand on the TV front?

I’m told that they’re working on it and that it’s going to happen. If Thief of Thieves does become a TV show, that’s great. My main concern is the monthly series and making it a very entertaining ride for the readers. The way I see it, the longer Thief of Thieves takes to make the jump to TV, the more time I have to help expand the universe that will be adapted! 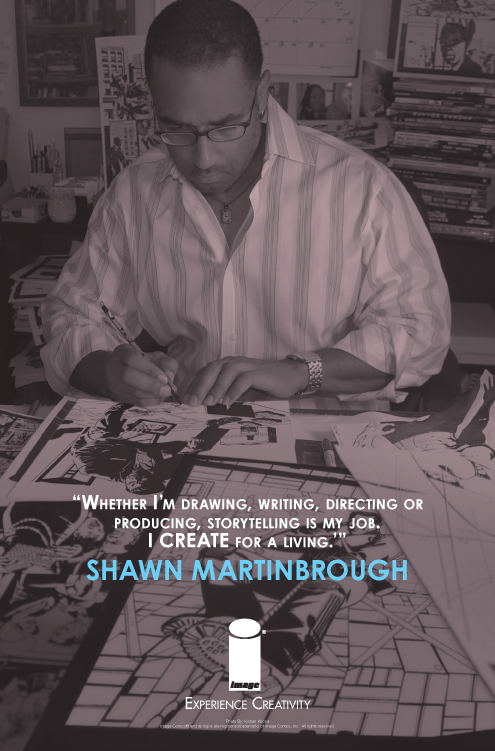 Toldja dude was handsome. Ad from the Image folks, natch.

Want more Shawn? Check out his art instruction book, How To Draw Noir Comics: The Art and Technique of Visual Storytelling, from Random House. And check out his site at www.shawnmartinbrough.com.