Scott McCloud’s THE SCULPTOR: The Finest Graphic Novel of 2015 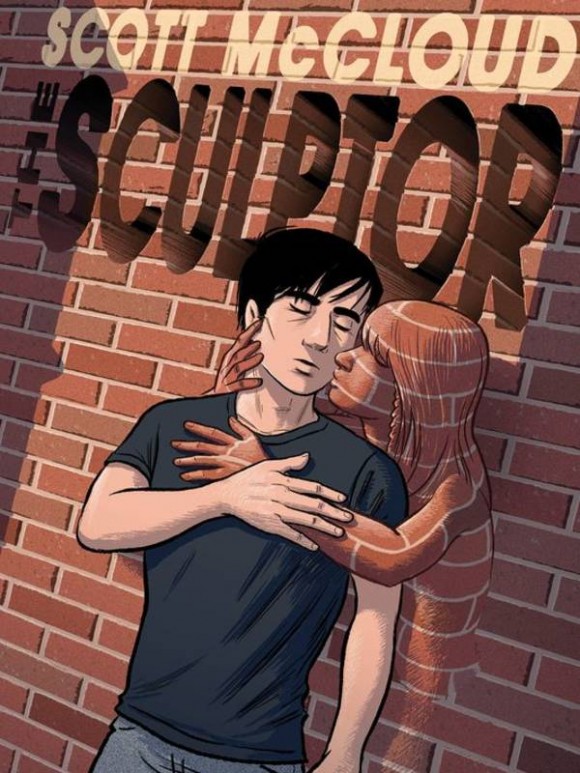 For those of you who don’t know who Scott McCloud is, about 20 years ago he wrote the definitive explanation of exactly how comics work in his Understanding Comics. The book, and its sequels Reinventing and Making, helped codify many simple ideas about the medium in an understandable way and propelled McCloud — already known for the seminal indie classic Zot! — into the upper reaches of comic stardom.

As would be expected for someone who became famed for his knowledge of HOW comics tell stories, McCloud uses every trick in the creator’s bag to tell the tale of a young man who, despite his obvious talents, is past his prime as a sculptor at 25 years old. Many of our protagonist’s problems stem from his own bizarre moral code and the fact that talent alone isn’t enough to make it in the art world. 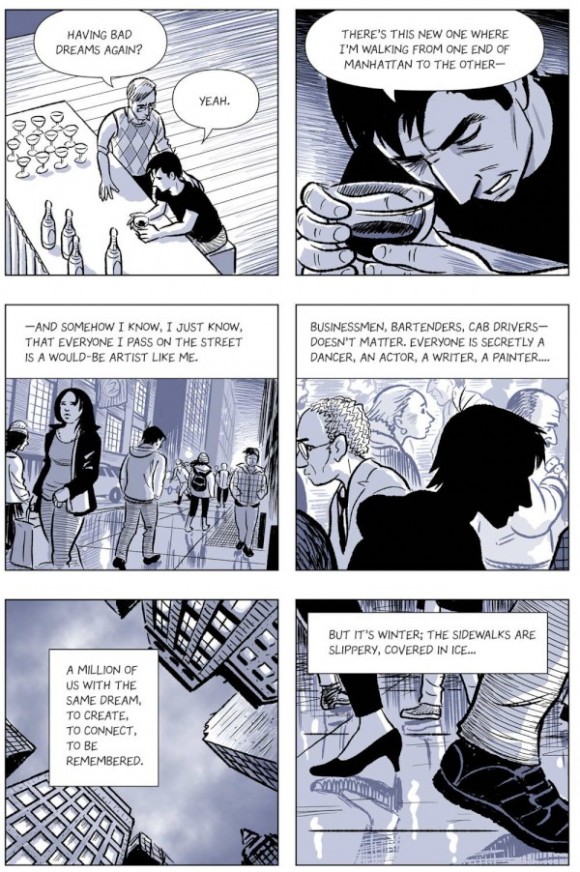 Unlike many books you’re going to see on the shelves, The Sculptor is a dense read, following David Smith for 200 days — the amount of time he gets to use a gift from Death before he has to die. The gift is the talent to sculpt any substance with his bare hands. Now that David has the ability to create anything he wants, he’ll finally find the fame and accolades he’s been missing, right? Well, we all know how plots go and that nothing is ever that simple. 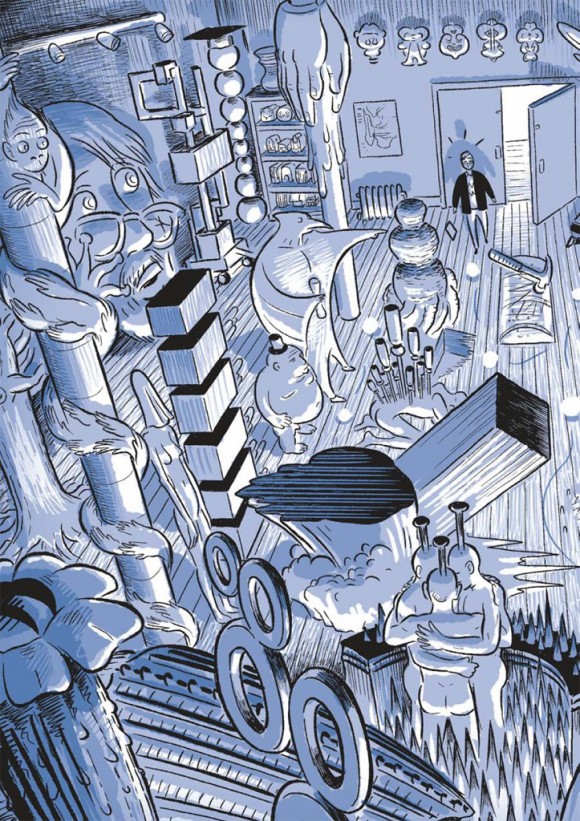 While the plot of the book is simple enough, the storytelling is so compelling and masterful that you’ll find yourself unable to put it down. I could go on and on about McCloud’s use of paneling to convey time, space, and movement being some of the greatest I have ever seen but I don’t really think I could do it justice. Suffice it to say, that not only does it move the story along perfectly, it also adds an emotional impact that makes the entire book even more powerful than one would imagine.

There are other great comics coming out this week and even more this year — but I am staking a claim here and now that The Sculptor is, and will be, the best of 2015 — bar none.

The Sculptor, a hardcover from First Second, goes on sale on today, 2/3 but most comic shops will not be getting it until the following Wednesday, 2/11.