The Inhuman artist — Issue #9 comes out 12/3 — talks about what he digs, Todd McFarlane‘s influence, why he likes drawing Medusa and what character from the Distinguished Competition he’d like to get his hands on — in this MIGHTY Q&A: 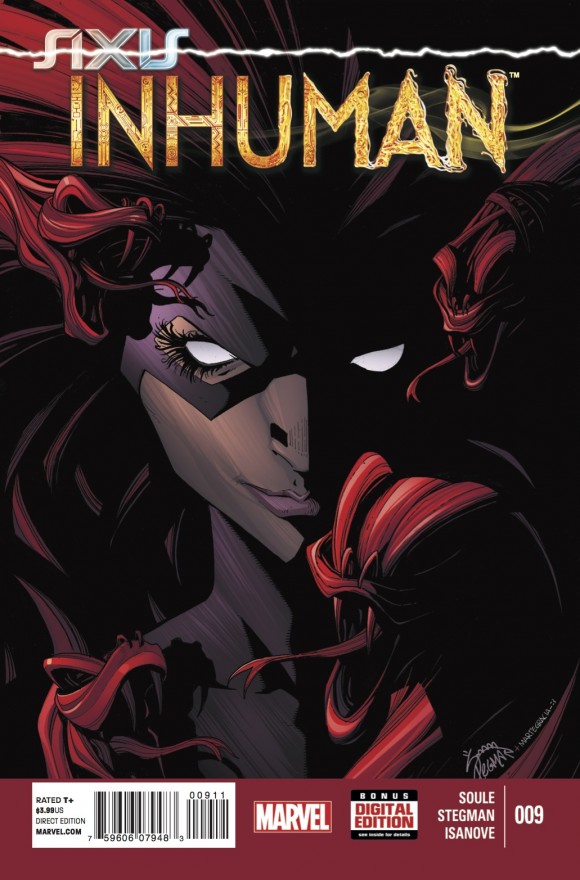 Ryan Stegman: Well, we’ll start at the beginning. My earliest memories are of drawing with my sister — my sister that was 2 years older. That was pretty much all we did, you know? I have some drawings… Every once in a while, a family member will give me a drawing I did for them when I was about 4 or 5 years old.

How old are you now?

I’m 33. So, from a very early age I wanted to be an animator, loved Disney movies, got into comics later. Once I saw comic books, I thought, “THAT’S what I wanna do, not animation,” so…

Where’d you grow up?

Outside of Detroit, in a city called Troy. Metro Detroit. 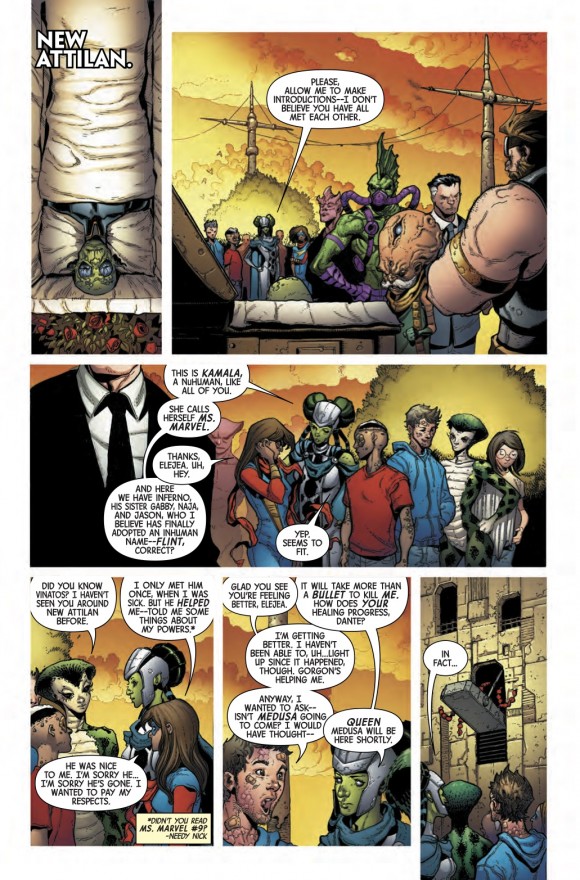 For the benefit of our readers who aren’t up to date, what are your current projects that you’ve been working on?

Do you have anything in mind for after that or are you just working on this right now?

No, I haven’t. Hopefully more Inhuman. I kind of like doing this because I’m creating a bunch of new characters and it’s an exciting project so I have no plans beyond that but I also don’t know. Things are always subject to change.

Now, when you said you originally wanted to be an animator and then you saw comics, do you remember what the first comic was that you ever got?

Yeah! Well, when I was really young, I didn’t… It wasn’t comic books. The very first ones I got didn’t make me want to draw comic books. I remember I had a couple. It’s not like they didn’t hit me but you know, at that age, when you’re really young, you don’t really know that anybody does it. But for some reason I did know about animators. I must have seen it in a documentary or something because I was an animation snob from the earliest age.

Ralph Bakshi fan, were ya? (Laughs)

I couldn’t stand the animation in Scooby-Doo. I was, like, come ON! I was into Disney. I was anti anything that didn’t have that fluid animation that I liked so much.

So you must be a fan of the Fleischer cartoons from the ’40s, the Superman cartoons.

Oh, yes. Anything like that I would go nuts over and then later… I got a few comics when I was young but it didn’t quite click and then between 3rd and 5th grade, we moved to Pennsylvania for that short period so I moved from Troy out to Pennsylvania. I met a friend whose parents are both artists, professionally, and he was big into comic books. He just had a TON and at that moment, I was just, like, oh my GOD!

Yeah, yeah. And the very first one that I really was hammered in the face by was Todd McFarlane’s Spider-Man with the Wolverine and the Wendigo issue. So that was really what set me off and then I moved back to Troy.

Do you still have that issue? 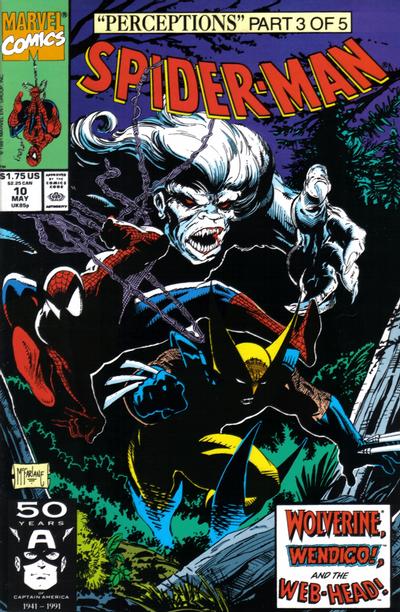 Well, no, because it was his. What happened was, I moved back to Troy, I actually fell out of comics for a couple years, went back to the store randomly after a chiropractor appointment or whatever, and I found an issue of Spawn, which I bought, and loved it.

I just got really into comics really fast. I was obsessed with Spawn, especially. Then I was, like, “Aw, I wanna go find that old Spider-Man issue I liked!” Went and found it and realized this was the same guy! (Dan laughs) He got me into comics TWICE!

What are some of your other influences?

A lot of the earlier Image stuff, naturally. I mean, I was 15, in the perfect age range for that stuff. I loved, obviously, Jim Lee, Todd McFarlane, Mark Silvestri, Jay Scott Campbell, Joe Madureira — those guys. Arthur Adams is a huge influence. My influence set has grown. I would say that my chief influence artistically, in a way, at least storytelling-wise, would be Otomo. I love a lot of anime and manga stuff. It expands every day. Right now I’m really into Frank Quitely. I’ve been into him for a long time now but it’s really starting to creep into my work I feel like. 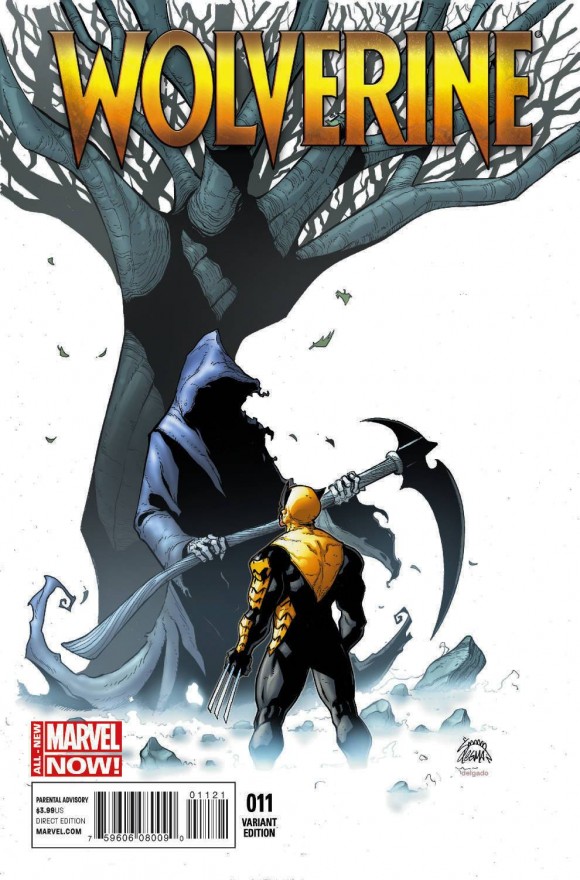 Now, correct me if I’m wrong but I thought I saw a little bit of Mignola in your work, in some of your Death of Wolverine covers.

Oh, yeah. Yeah. The stark black and white stuff it’s impossible to not be influenced by Mignola. He’s one of those guys that drives me crazy. It’s almost like I’ll have to avoid reading it sometimes because you can’t help but start to try to draw like that when you look at it. (Dan laughs) It’s just so simple and perfect, you know? And I’m a guy that kind of wears his influences on his sleeve, I think, and you can sometimes even mid-issue see me completely change. Oh, I didn’t even mention (Greg) Capullo, who is up there, in my top very few, because he was the guy that was doing Spawn when I was obsessed with it and his Batman’s stuff’s been…

Yeah. So I just try and combine all these things that I get obsessed with and I get very obsessed very easily with stuff. Right now I’ve been looking at a lot of Travis Charest, although he kinda…I’ve been into him before and I come back to him. 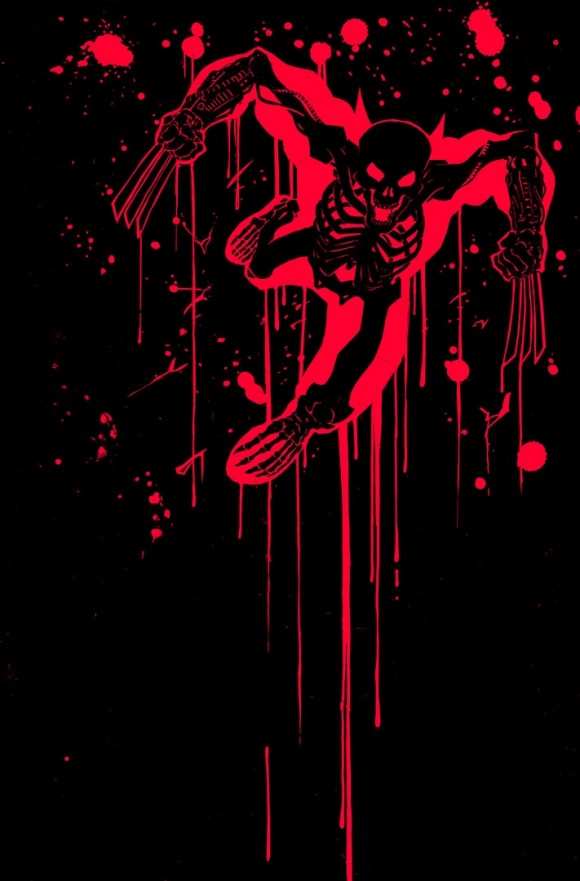 Now, you said you like working on Inhuman. You’ve worked on a lot of different characters, a lot of Marvel stuff obviously. What are some of the characters that you’ve never had a chance to work on that you would LOVE to work on?

Well, the one that I haven’t really done much with yet is Thor. I’m a huge Simonson fan and that Thor run is one of my favorite things that ever happened in comics. I can’t believe that he came in and invented a character named Beta Ray Bill…

…and it FLEW! I feel like in the Internet age, they may have curbed that and then we wouldn’t have this great epic that he put out. But yeah, Thor is a big one for me. Out of Marvel characters, that’s pretty much the one. Although every once in a while, you’ll start working on a character and you’ll realize, “Oh, I didn’t realize that I loved this character.

That’s how Medusa’s been in Inhuman. She’s instantly in my Top 5 characters to draw. 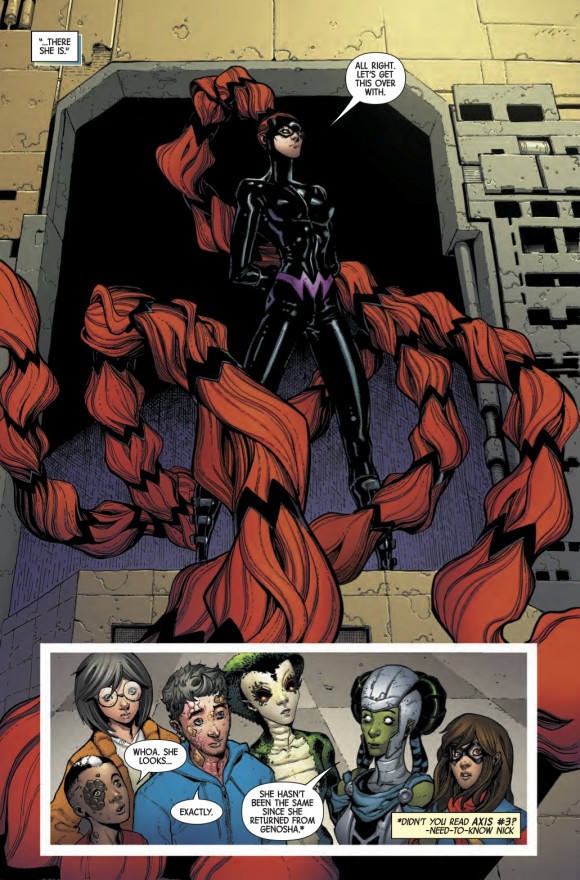 Is it the hair?

Yeah, I think so. I always draw female characters and I haven’t had… I kind of started out as a female artist. I was doing She-Hulk and Sif and all that. And then I got away from it but I always liked doing that so I’ve kind of gotten back to it, put my own spin on her. Charles (Soule) writes her as this regal, very… you know, she’s just got this very royal attitude.

So I do her looking up and kind of scoffing at everybody else.

Yeah. So until I started doing that, I didn’t realize how much I would enjoy that but it’s been great.

Let me ask you a dangerous question. From another company, are there any characters you’d want to work on?

(Dan laughs) I knew you were gonna say that!

Well, when I look at DC’s roster, it’s hard for me to imagine doing anything else but Batman. 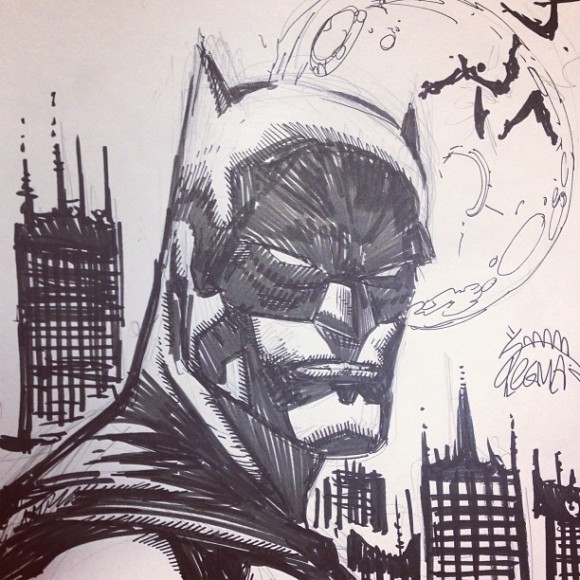 Well, Capullo’s not gonna be on there forever!

Well, he may. He IS a machine. He’s a cyborg! But Batman is my favorite DC character. I could do something with the Flash or Superman. Superman’s a tough one to me because he seems very… I like to do a lot of animated expressions. Not that Batman’s that animated but at least he’s…

Yeah. But more than that, if it’s not Marvel stuff in general or if it’s not Batman, I want to create my own stuff. That’s the most exciting idea to me. Like I said, I came up as an Image kid so, in my mind, the ultimate career goal was to create stuff and own it. Prior to that era, everybody’s goal was to do X-Men, Batman or whatever. I view the ultimate as being in control of your own stuff.

Do you have anything in development on that front?

Yeah. Stuff that I can’t say much about but, of course, though there’s always conversations and things that I wanna do and I have some ideas. We’ll see what comes of it. I would feel like I was not doing my job if I didn’t have something prepared for… whenever, down the road.