In an effort to cleanse Russia of any signs of Nazism before Victory Day, Art Spiegelman’s Pulitzer Prize winning graphic novel Maus has been removed from all of Russia’s major booksellers. 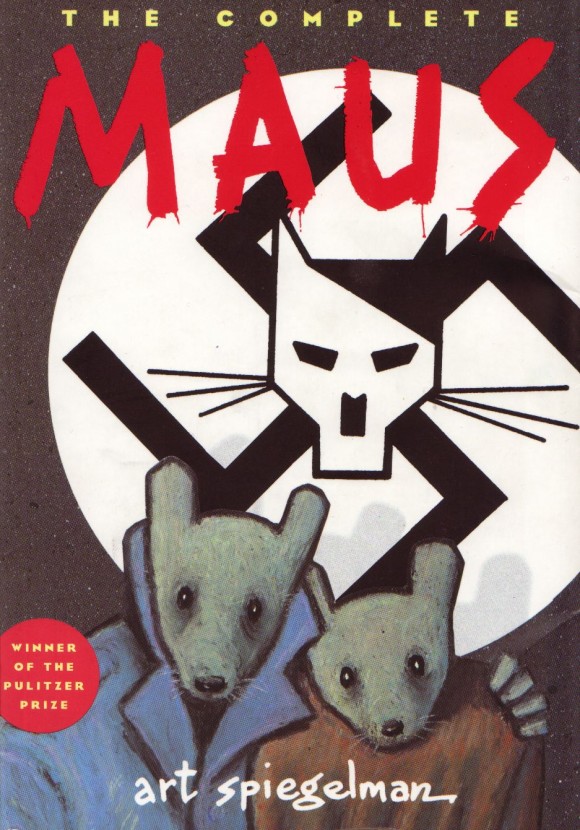 Originally, the book stores were afraid they would fall afoul of government inspectors and the law banning fascist symbols.  The books were also removed from It seems the Guardian has done some digging and found a bit of a cover-up:

By Monday afternoon, three of Moscow’s largest bookstores – Biblio Globus, Moskva, and Moskovsky Dom Knigi – had removed the book from their internet stores.Cached versions of store catalogues showed that all three carried it just a few days ago, but all denied this when contacted by AFP.“It must be a mistake,” said a woman in the PR department of Biblio Globus when asked why a days-old version of the store’s webpage show the book as in stock.

More details at The Jewish Press: http://www.jewishpress.com/news/breaking-news/art-spiegelmans-maus-removed-from-moscow-bookstores-for-promoting-nazism/2015/04/28/, The Guardian:    http://www.theguardian.com/world/2015/apr/27/russian-stores-pull-holocaust-graphic-novel-maus-over-swastika-on-cover , and The New York Times: http://www.nytimes.com/2015/04/28/world/europe/maus-book-about-holocaust-is-removed-in-russia.html?_r=0