Farewell to a friend… 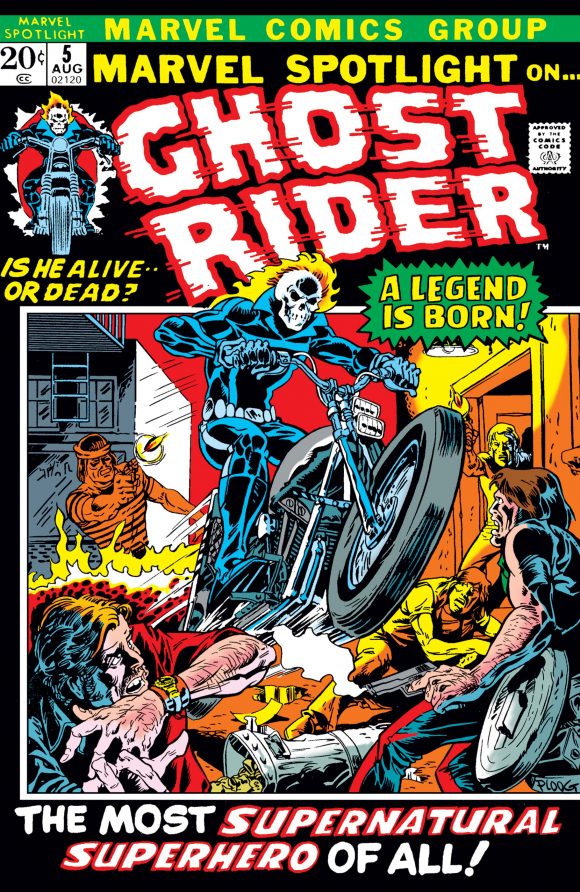 Writer Gary Friedrich, who conceived the best-known version of Ghost Rider, died last year at the age of 75.

He was among the first wave of young turks who entered the field in the ’60s, first picking up work thanks to his buddy Roy Thomas, who was becoming a star at Marvel.

These days, of course, Thomas is the editor of TwoMorrows’ Alter Ego and in Issue #158, out April 10, the former Marvelite pays tribute to his old friend — which we present below as an EXCLUSIVE EXCERPT from the mag. 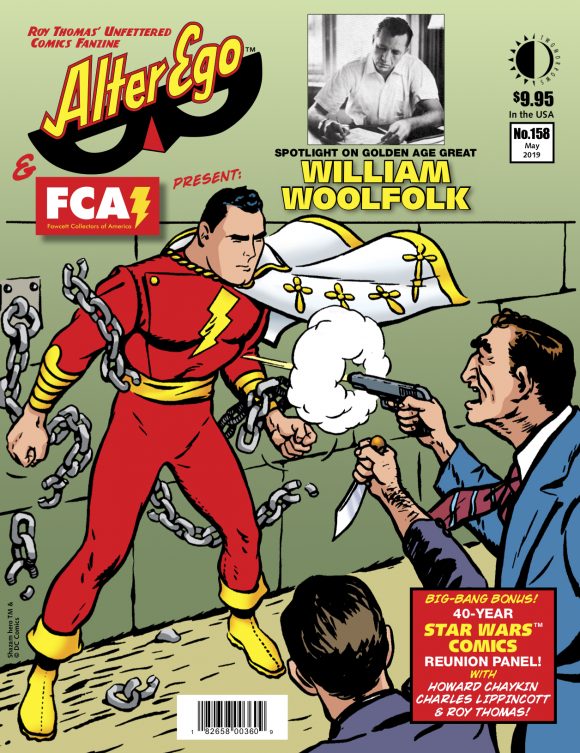 … and the table of contents, so you can get a taste of what else the issue has to offer: 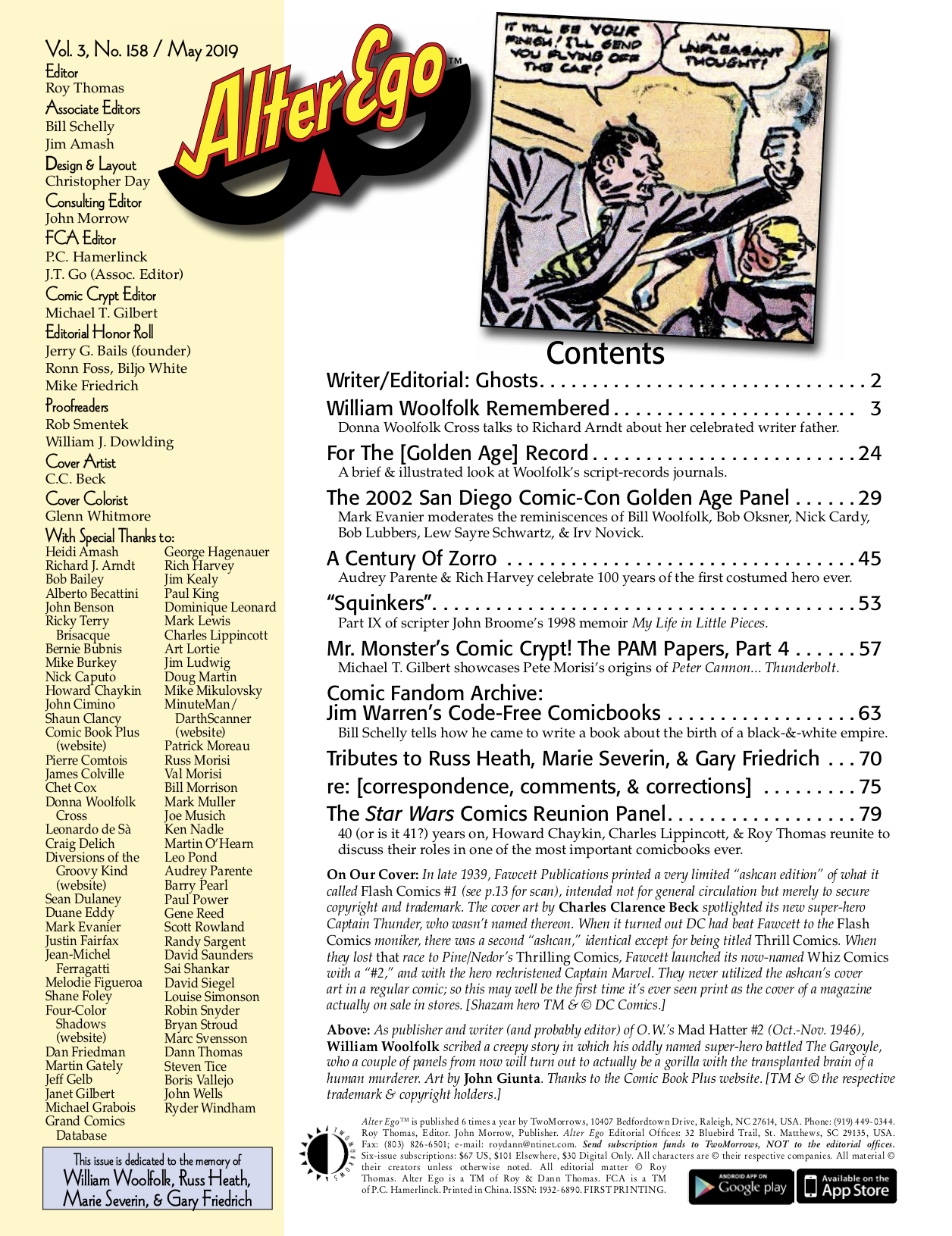 Check out that note about the cover art. Neat, huh?

Meanwhile, here’s Thomas’ column on Friedrich, in which he discusses their overlapping careers, touches on Friedrich’s rancorous legal battle over Ghost Rider and recalls the late writer’s triumphs and tribulations: 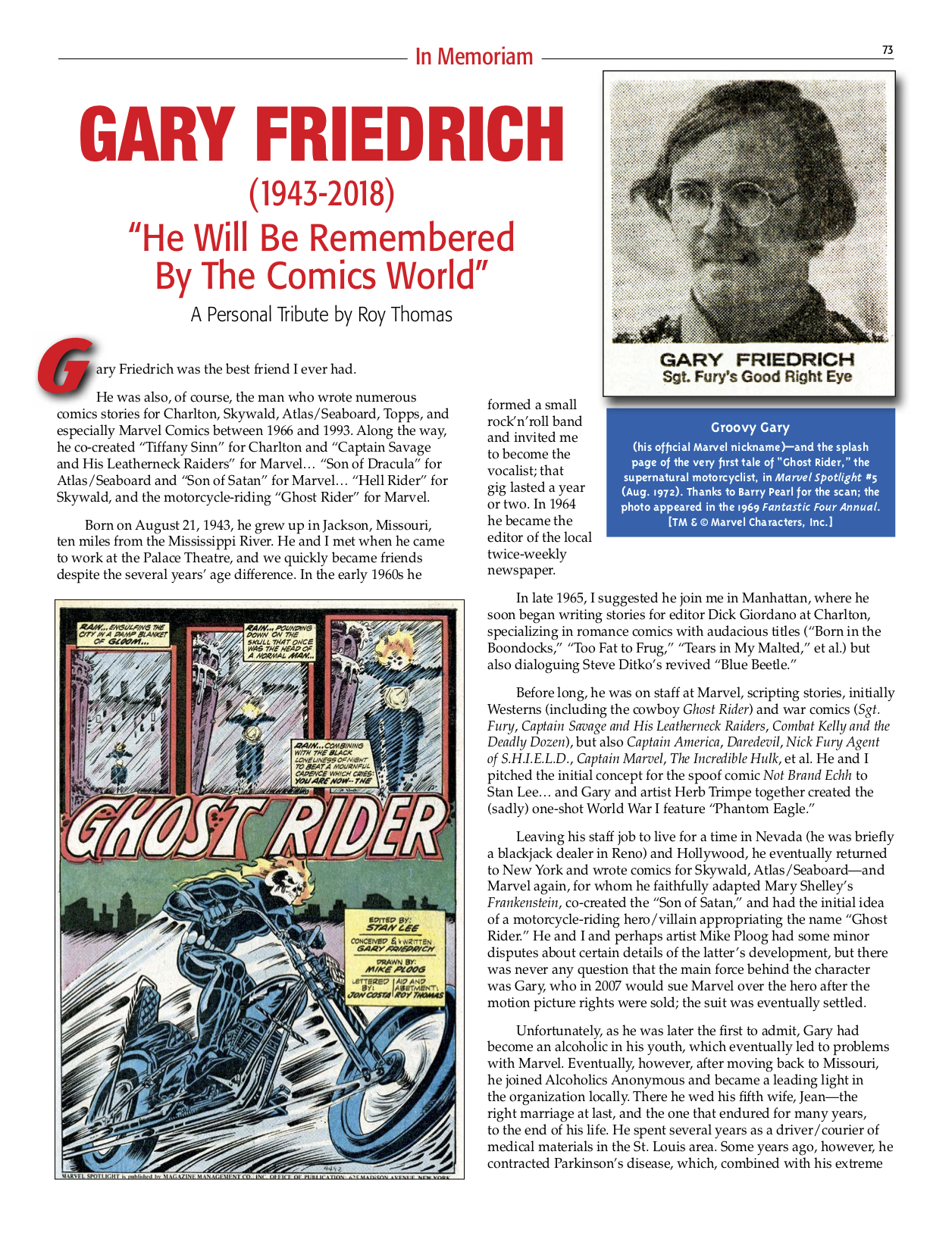 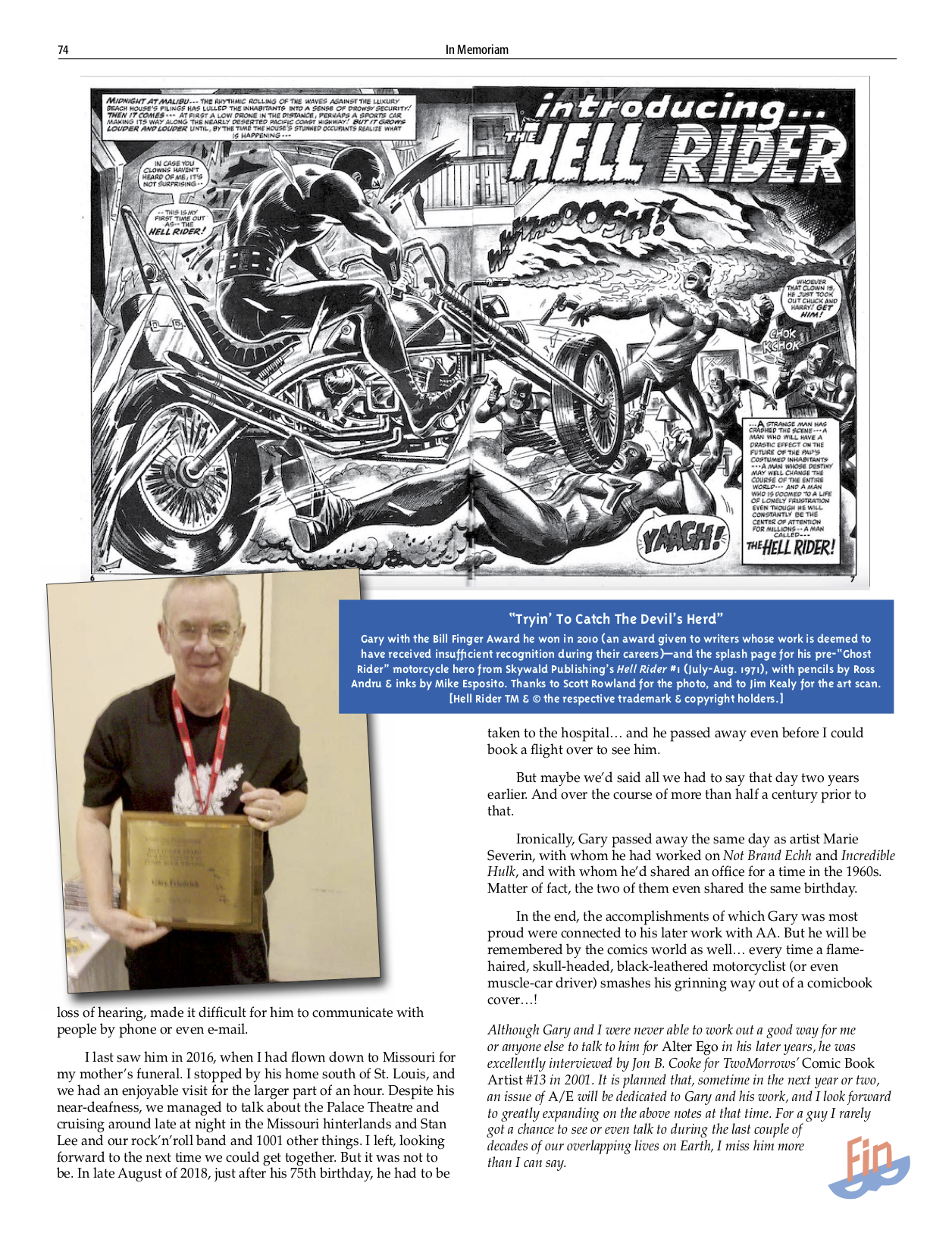 Alter Ego #158 is out April 10. You can get it at your local comics shop or directly from TwoMorrows. (Click here.)