INSIDE LOOK: A tribute to the late artist’s timeless contributions to mutantkind… 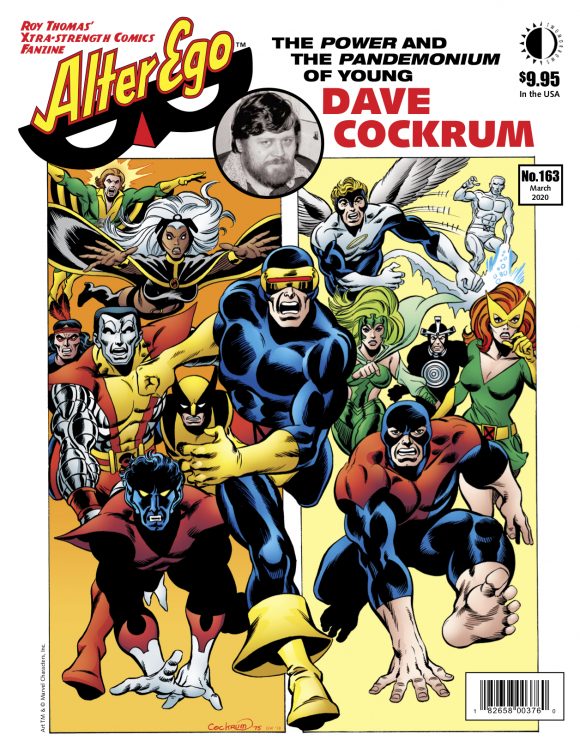 Roy Thomas’ Alter Ego #163 is out Feb. 12 from TwoMorrows and this issue is dedicated primarily to artist Dave Cockrum’s contributions to comics.

There’s a vintage interview with Cockrum and his wife Paty, as well as several pieces that look at various aspects of the artist’s career. 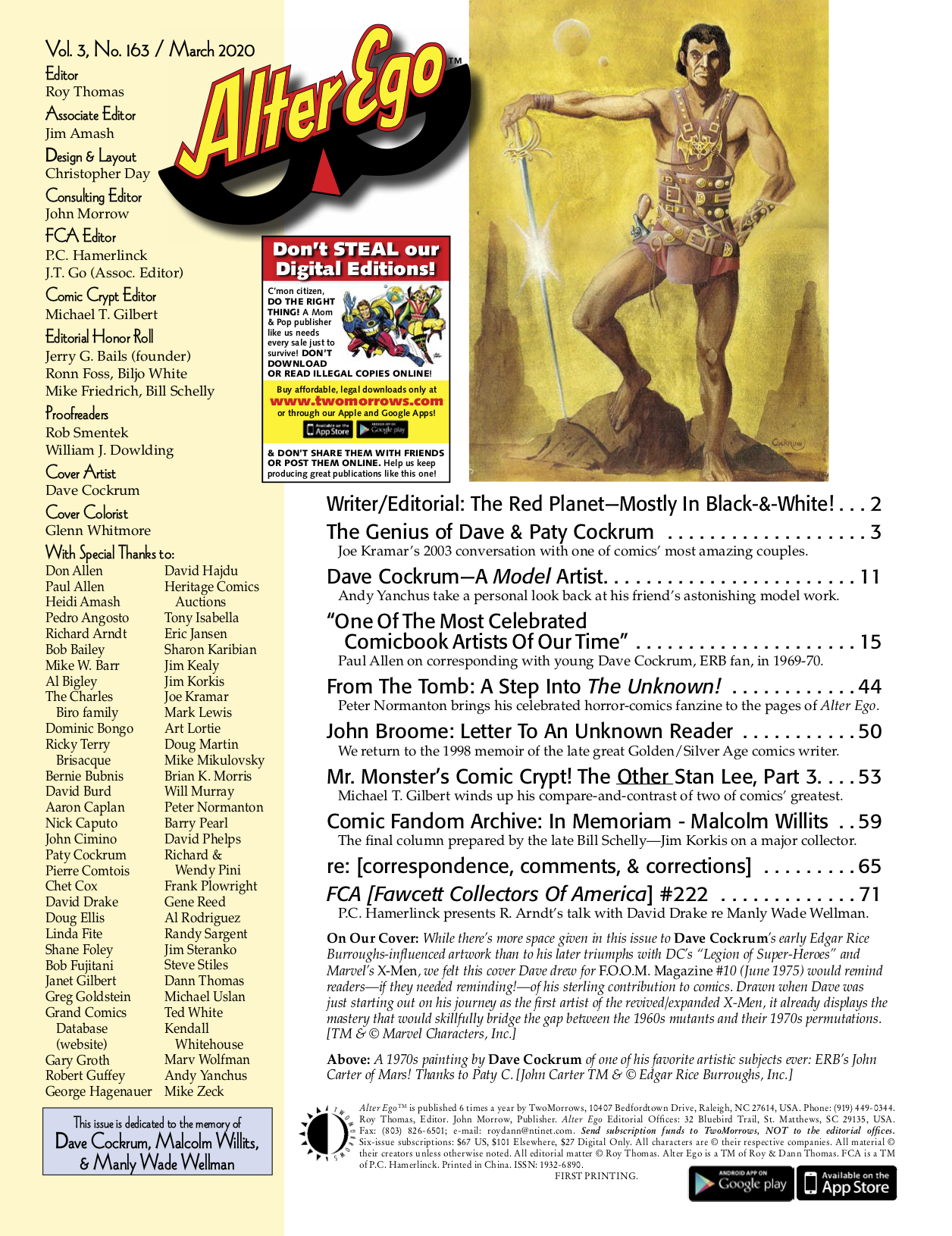 For our regular EXCLUSIVE EXCERPT, however, I’m taking it from the top, with editor Roy Thomas’ opening column about Cockrum’s substantial contributions to the form — and Marvel in particular. 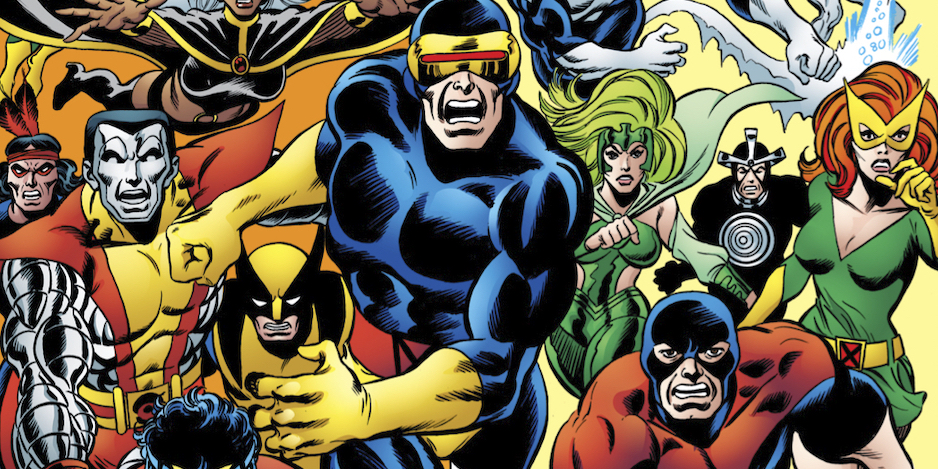 Dave Cockrum was one of a number of artists I’m grateful I got to know at Marvel, at least slightly, near the start of their meteoric careers, either when I was Stan Lee’s associate editor or as the company’s editor-in-chief in the first half of the 1970s.

Of course, by the time he deplaned at Marvel, Dave had already made a name for himself as artist of DC’s Legion of Super-Heroes, whose popularity he had boosted with his powerful Kirby- and Adams-influenced artwork.

Dave threw himself into everything with an enthusiasm that was inspiring. At some early stage, though I’ve forgotten the incident myself, he apparently showed me his sketchbook full of DC-rejected proposed Legionnaires, some of whom would soon form the bases of Marvel heroes. 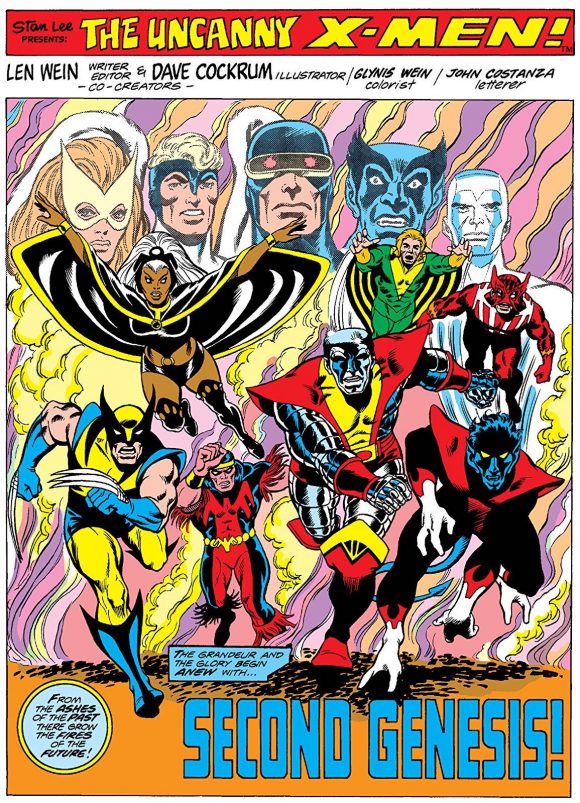 I’m told one of the designs he showed me was for a guy he called The Wolverine—though, if so, I don’t feel it had any influence on my conceiving a Marvel character of that name a bit later, since I’d been intrigued by animals since childhood and was as knowledgeable as Dave about what a wolverine was. What is undeniable, though, is that Dave’s contribution to Wolverine was the look that lay beneath his mask. Certainly Logan’s distinctive visage was one of several aspects that helped propel the character to greatness.

I do recall the 1974 day I took Dave out to lunch to talk with him about his drawing a projected X-Men revival. We went to a restaurant I liked, in the General Motors Building across the street from Marvel’s Madison Avenue digs—one in which you ate your lunch sitting in facsimiles of early 20th century automobiles. Dave remembered me as eating a cheeseburger—no doubt accurately. I suspect he showed me, that day, still more drawings of what were now prospective mutants rather than Legionnaires. I was mostly content, however, to leave to him and the writer I’d designated (Mike Friedrich) to decide which costumed stalwarts would help sell the new X-Men in foreign countries—the ostensible premise for the revival, after all. I could always weigh in later, if need be. 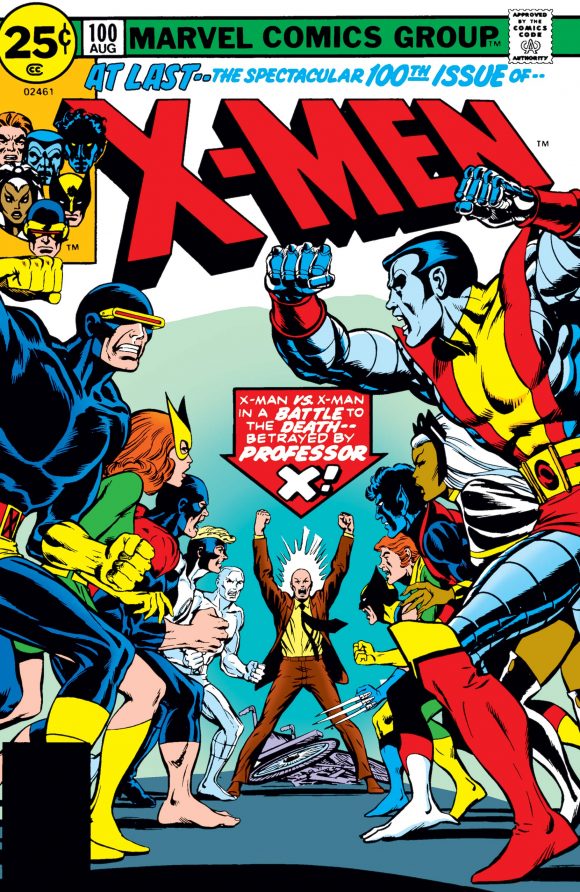 Soon afterward, I left the editor-in-chief job, and after a brief hiatus, new color-comics editor Len Wein appointed himself the X-Men scribe, and he and Dave set about to people the upcoming mag with new mutants who had no relation whatever to countries where Marvel hoped to sell additional comics. Well, that was Marvel’s business now—and I knew Len and Dave would make a good job of it. What I didn’t know was that soon-to-be second scripter Chris Claremont, working with Dave for the mag’s first couple of years, would take the new X-Men to heights undreamed of by Lee and Kirby when they’d co-created the series in 1963!

But I certainly wasn’t startled by what Dave achieved in his time on X-Men—and I’d have been even less surprised if I’d seen all the Edgar Rice Burroughs-influenced artwork he produced circa 1969-70 for a succession of fanzines, in particular one fittingly titled The Barsoomian (which means “The Martian” in ERB-speak). So I’m happy that, through the good offices of Dave’s one-time correspondent Paul Allen (and Dave’s wife Paty), we’re able to spotlight in this issue a cornucopia of ERB illustrations from the artist’s early days. 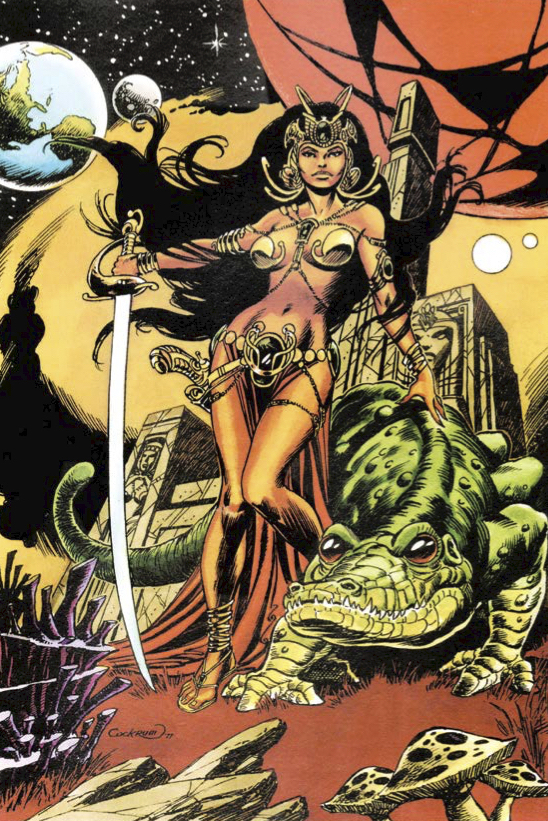 The only drawback? Since most of it was never colored, this issue becomes easily the least “colorful” edition of Alter Ego since we went to “full-color” more than 50 issues ago. But we weren’t about to let that stand in the way of your (and our) having a front-row seat to witness the early development of one of the 1970s’ most important comics artists—Dave Cockrum.

So what say we all just sit back and enjoy the ride—while we add our own cataclysmic colors, in the privacy of our own marvel- beholding minds’ eyes!

Alter Ego #163 is due Feb. 12. It will be available in comics shops but you can also get it directly through TwoMorrows. Click here.