ROM & THE MICRONAUTS: Inside the Team-Up Decades in the Making

Home » ACTION FIGURES & MERCH » ROM & THE MICRONAUTS: Inside the Team-Up Decades in the Making

If you ask me, the ’70s and early-’80s were the Golden Age of Action Figures.

Sure, the ’60s had the original G.I. Joe and Captain Action. But once Mego got going on the World’s Greatest Super-Heroes and its various licensed lines like Planet of the Apes and Star Trek, kids could recreate entire universes with their favorite comics, TV and movie characters.

Naturally, it all came to a head at the end of 1977 when Kenner launched its Star Wars toys, a seismic event that radically altered merchandising for the ensuing decades.

These were the big guns. In between, though, there were a ton of choices for birthdays and holidays — among them Mego’s Micronauts and Parker Brothers’ Rom the Spaceknight (or ROM if you prefer). And as fondly as the original toy lines are remembered — both are now owned by Hasbro — their Marvel Comics tie-in series are held in even higher regard. 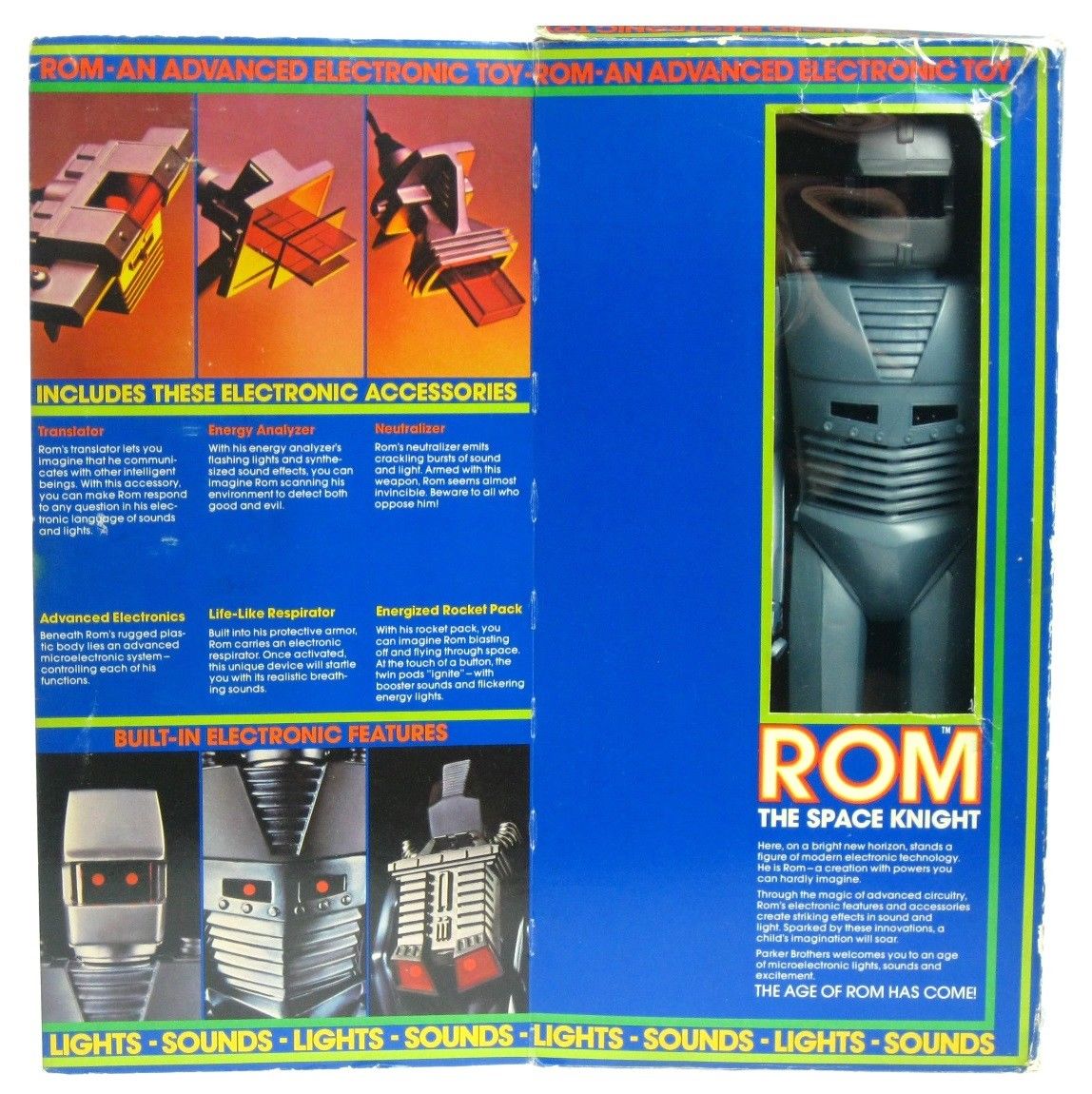 Now, IDW is bringing it all together with Rom & the Micronauts, a new 5-part series debuting 12/20 as part of the publisher’s Hasbro Universe. It’s something of a first, too: While Rom and the Micronauts teamed up in the recent First Strike event — and probably on your living-room floor — this is the first time they’ve shared the headline on a title.

I talked with writer Christos Gage about it:

Dan Greenfield: Taking it from the top, what can we expect from this Rom/Micronauts pairing?

Christos Gage: It’s a pretty epic storyline in which Baron Karza teams up with the Dire Wraiths to help them wake their Lovecraftian Wraith God and bring her to Earth. Rom and the Micronauts try to stop them, and the initial battle does not go well. There’ll be action in both Microspace and Earth; Rom vs. Karza; Micronauts vs. Wraiths; Wraith-altered Hornetroids and Terraphants; camaraderie between Rom and the Micronauts, especially Acroyear… and maybe some micro-romance. And Karza being Karza. I love writing Baron Karza!

Just fast-paced, balls-to-the-wall action and fun, beautifully drawn by Paolo Villanelli and colored by Alessandra Alexakis, whose talents have graced the preceding Rom series that I co-wrote with Chris Ryall. 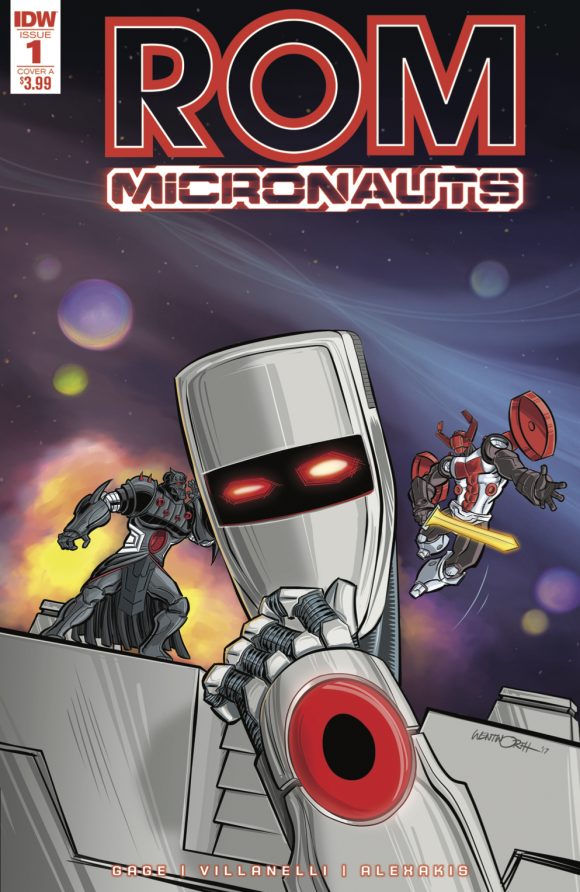 Dan: As a writer, you’ve been involved in this world for a while now. How is it working on this kind of license as opposed to, say, Spider-Man or Buffy?

Christos: In a lot of ways, it’s like working on any pre-existing, beloved characters… you want to do a good job, so there’s pressure, but it’s also a ton of fun and a feeling of childhood dreams come true. Luckily, Hasbro has been terrific to work with.

Dan: You’re about 10 years younger than me. I remember when Rom and the Micronauts each hit. When did you become exposed to them?

Christos: I may be older than you think…I recently learned that online searches turn up an age that is about 5 or 6 years younger than my actual age… and I’m in no hurry to correct it, LOL!

I was exposed to Rom from the first issue, when it hit in 1979. Of course, back then, newsstand distribution could be spotty, and I didn’t get every issue, but I vividly remember the X-Men crossover issues, the double-sized #25, and Galactus. And later, Steve Ditko killing it on the Wraith War storyline.

With Micronauts, I missed most of the early ones, so I just picked up random issues here and there… the Odd John story scared the dickens out of me, and I remember getting Issue #21. I also got the Annuals, which were self-contained. But with that being more of a space opera, if you missed issues you felt more lost (at least I did) so I didn’t really delve into Micronauts until my 20s. 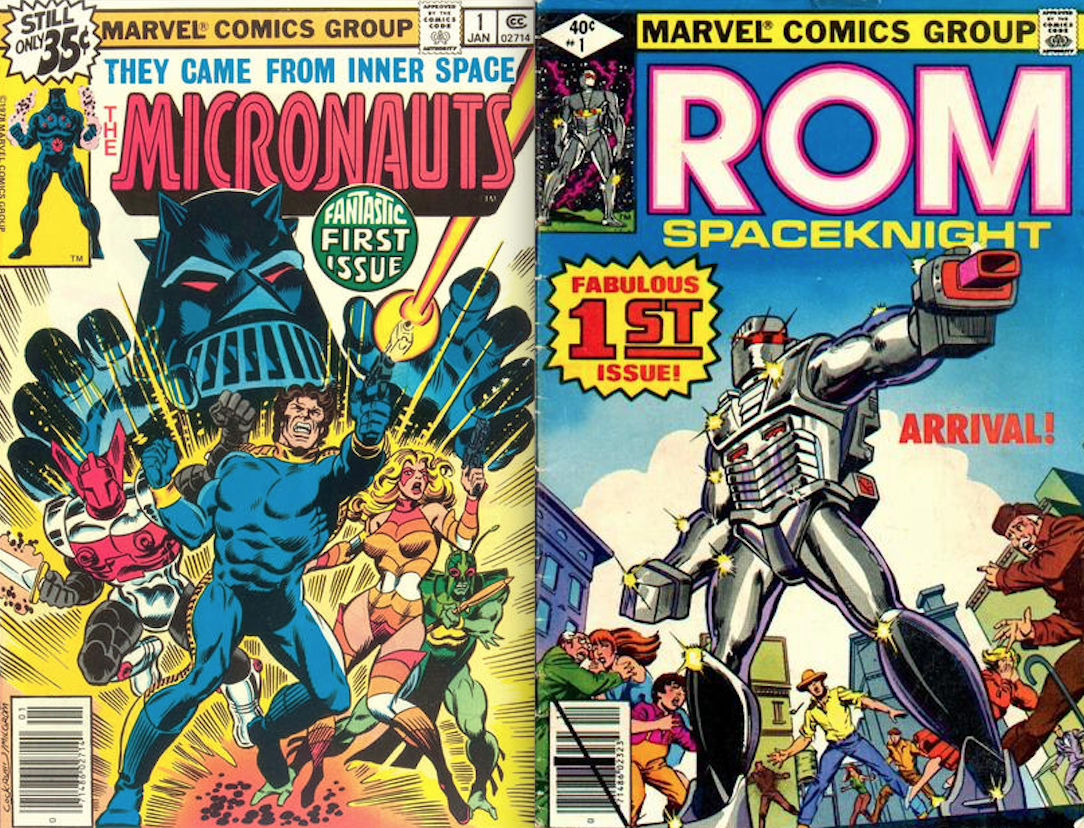 Dan: Micronauts was especially popular, which surprised a lot of people at the time. What’s your take on the (Marvel books)?

Christos: In both cases, it’s the skill and genius of the creators involved. The great Bill Mantlo did some amazing world-building and gave the characters interesting, and relatable, personalities (a tall order given that they’re not human), while legendary artists like Michael Golden, Steve Ditko, and of course Sal Buscema (who we’ve been fortunate enough to have ink some of our backup stories and covers) brought them to life in such stunning ways, we couldn’t help fall in love with them.

The only drawback is that at the time Rom and the Micronauts couldn’t meet… but now, at long last, they can! 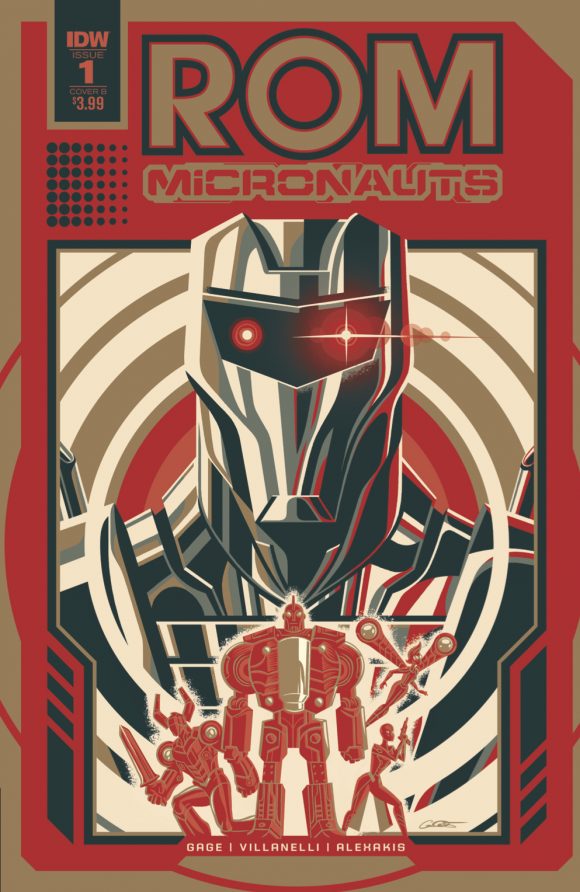 Dan: OK, spill, what kind of Rom and Micronauts toys do you have? I gotta know.

Christos: Sadly, very few. I went through a Beavis & Butt-head phase in my early teens where I destroyed many of my old action figures by getting a little too into creating special effects for their battles…for example, blowing them up with fireworks. (It was the ’80s, we were all insane. It’s amazing we survived.)

However, a fan recently was kind enough to send me a custom-made Rom figure, and Chris Ryall and Hasbro made sure I got the Revolution action-figure set from last year’s San Diego Comic-Con, which included Rom and Micronauts! These, I will not be blowing up. It’s Ryall who has an original Rom toy (which I’ve never owned) and even a Rom mask used to promote the character back in the day! 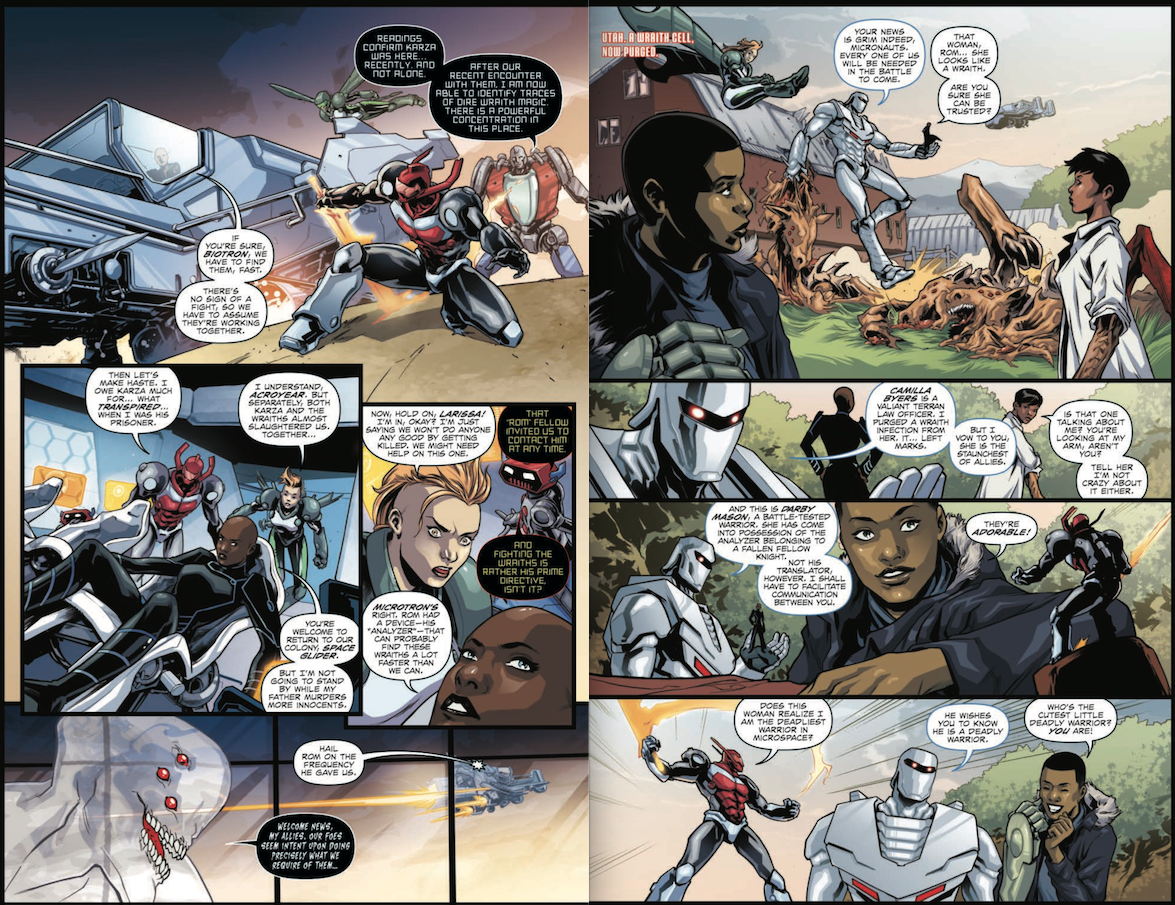