With Halloween on the horizon, witches abound. We look at two new titles, The Chilling Adventures of Sabrina #1 and Wytches #1, that are giving old hags new life this week. 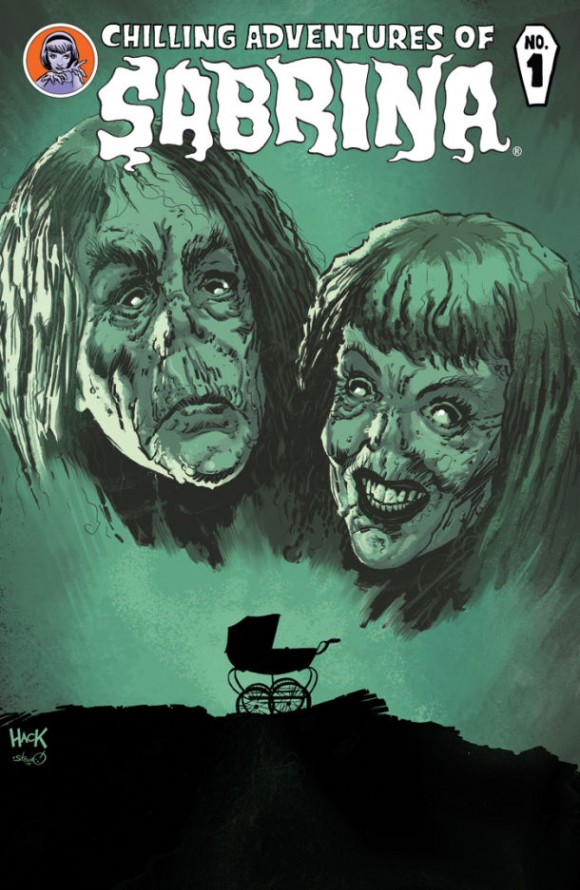 If you still haven’t read the Afterlife with Archie series, it has been a revelation, a mature horror-based comic that has taken well-known and long-loved characters and seamlessly transitioned them away from teen-based antics and into a fight for survival in the face of the looming zombie apocalypse. The series carries a gravitas that is pretty remarkable, and manages to avoid the trap-in-plain-sight that is fourth-wall, self-referential nonsense, instead using the developed history of the characters as a crutch to leave you immediately invested in them, and to avoid otherwise distracting introductions and set-up. Roberto Aguirre-Sacasa’s writing has been pitch perfect throughout, complemented impeccably by the gloomy ambience of Francesco Francavilla’s art.

However, besides for a brief appearance in the first issue of Afterlife with Archie, however, Archie’s most horror-ready character, Sabrina Spellman, has been absent from the series. But given that the strong reception of Afterlife with Archie, it was only a matter of time before she was given a similar treatment. Enter: The Chilling Adventures of Sabrina, which gives life to Archie’s infamous teenage witch and her talking cat, Salem. Aguirre-Sacasa picks up writing duties on this series as well, this time aided by Robert Hack on pencils. The end-result is a comic with a distinctly retro-horror feel; it is no coincidence that the variant cover for this series is an homage to Rosemary’s Baby, both because of thematic similarities – witches! stolen babies! Satan! – and an overall feel derived from a mid-century aesthetic set against the dangers of hubris and toying with the unknown.

The series takes place in the 1960s, decades before the events of Afterlife with Archie (and thus presumably in an entirely separate “universe”), creating a nice divide between the series and avoiding a very clear risk of shark-jumping. The first issue focuses principally on Sabrina’s back-story, opening with her as a baby in 1951, as a coven comes to collect her from her parents, a reluctant warlock father and a human mother. The issue then shifts between her childhood, offering vignettes of Sabrina through her development as she is raised by her two aunts while struggling to accept her identity both as an orphan and a “half-breed” witch, all while being in the dark about the fate of her parents. Throughout, the issue revels in the occult, pegging Sabrina and her ilk as Satanists, not simply pot-stirring crones with untethered magical abilities, adding a dark air that hangs over the entire series, and a sense of danger to Sabrina’s juvenile education in magic.

Aguirre-Sacasa does a fantastic job of quickly establishing Sabrina as a character – this series relies substantially less on engrained backstories than Afterlife – while interspersing nuggets of comedy to break up Sabrina’s heady backstory and the underlying sense of tension that runs throughout. This is nicely complemented by Hack’s visuals, which utilizes a rough sketch style that evokes mid-century horror films. 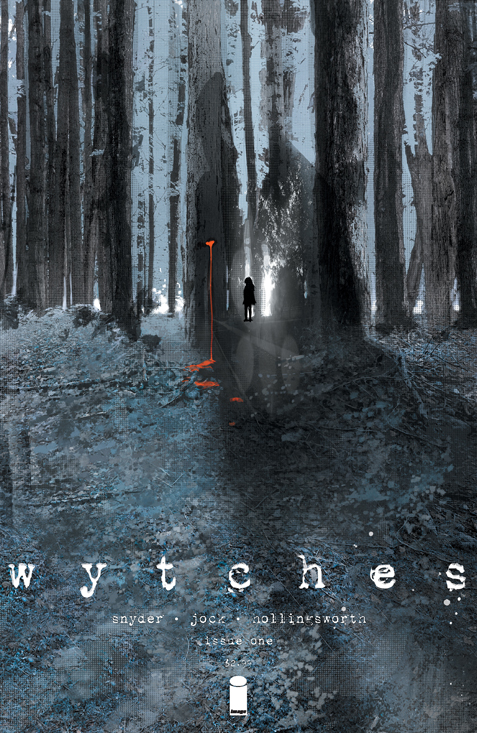 Actually creating a scary comic is something that is hard to do. Horror movies have substantially evolved, or devolved depending on your take, to a medium that is dependent on pure super-sensory saturation – quick cuts, monsters jumping from off-screen, and endless blood and gore, aka corn syrup – but most of these are substantially unavailable to comics. Given the nature of the written medium, comics do not lend themselves to jumps and surprises, since a story necessarily unfolds at the speed of the reader, and not that demanded by a director, and the sporadic nature of comics – twenty-some pages once a month – isn’t much to work with in terms of drawing a reader in for a good scare. This is why a series like The Walking Dead, which in its early issues endeavored for jump scares, has moved away not only from these techniques but, one could (I think very forcefully) argue, away from horror entirely.

All of which is why since it was announced at this year’s Image Expo, I have been looking forward to Wytches, the new series from uber-writer Scott Snyder and occasionally terrifying mononymous person Jock. This is basically a fantasy line-up for a horror-based series, and while time and anticipation can often leave even a strong final product seem wanting, Wytches does, in fact, manage to live up to its well-deserved hype, at least through its first issue.

The titular “wytches” only appear fleetingly, and all that is clear is that these are not typical witches with hats and broomsticks, but dark monsters of the woods, although anything more than that is shrouded in mystery. However, the hints of these wytches that appear on the margins and only occasionally rear to the surface are more than enough in this introduction to the series. The opening prologue alone is terrifying on its own: a woman, trapped inside a hollowed-tree, her face bloodied as she peers through a hole, pleading for help from her son, asking him to do something, anything to save her. The response, “Pledged is pledged,” is haunting. As a whole the first issue follows a young woman, Sailor Rook, whose family has just moved to a small town to escape local infamy that has become tied to Sailor. It introduces her family and the trauma underlying their move, and does a solid job of creating relatable characters trying to work through issues that they don’t completely understand. In short, Wytches manages to accomplish, in a single issue, what most “horror” series are never capable of: It creates actual tension, mixing feelings of claustrophobia and lack of control with a sense of an unknown dread constantly lurking just off the edge of the page.