Dejah Thoris #1, Dynamite. Some background on Dejah Thoris for those of you just dropping in for the first time. Dejah is from the world of John Carter: Warlord of Mars, created by Edgar Rice Burroughs and she is a princess of Helium. (She is in fact married to John Carter.) Something is amiss when Dejah’s father vanishes without a trace. Dejah is framed and is forced to leave Helium amid rumors about her past. Are the rumors true? Even she has doubts. Frank J. Barbiere weaves a fine tale that draws the reader in and Francesco Manna fleshes out the world in gorgeous detail. Worth mentioning here is the vivid and gorgeous use of mostly monochromatic colors by Morgan Hickman. 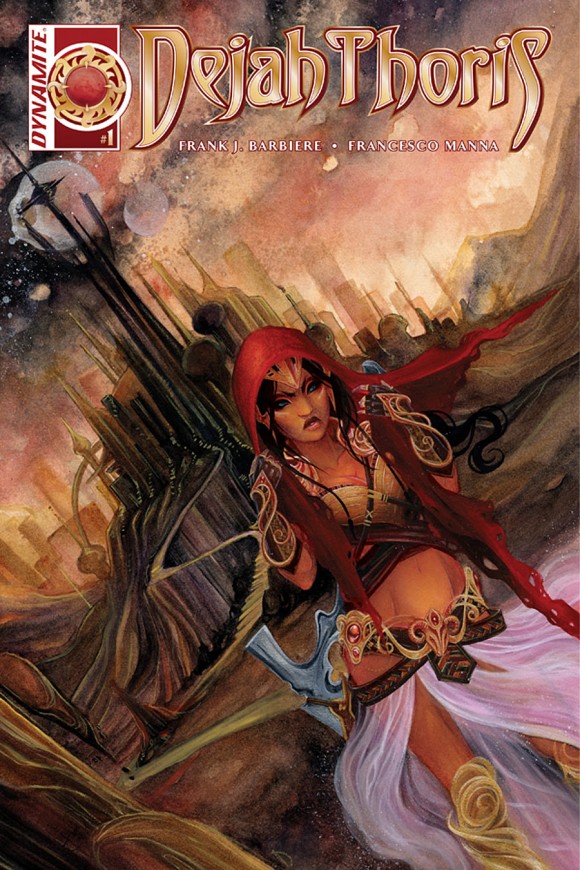 Action Comics #49, DC. Savage Dawn is in full swing. Superman has been sapped of most of his power by Vandal Savage, who is searching out biological descendants to build an army. Vandal has taken over the Watchtower, kidnapped the Justice League and the future is grim. Steve Trevor and Etta Candy of ARGUS are on hand when Superman makes his return using a somewhat, we’ll call it unorthodox, way to regain his strength, but at what cost? The stakes are upped as Vandal’s plans are furthered in this issue with huge and mysterious implications. Written by Greg Pak and Aaron Kuder, with art by Ardian Syaf, Jonathan Glapion, Scott Hanna and Sandra Hope. Gorgeous work by all. 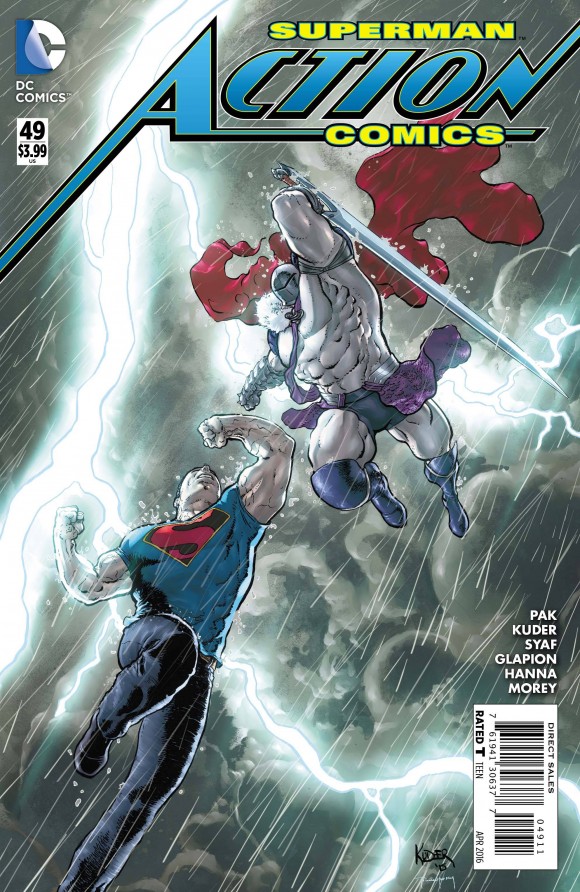 The Uncanny Avengers #5, Marvel. What draws you to this book is the gorgeous cover art by Yasmine Putri, but stick around for writer Gerry Duggan and artist Carlos Pacheco’s story. This Avengers team — made up of members of the Avengers, X-Men and Inhumans, and led by Steve Rogers — has one objective: hunt down the Red Skull and somehow retrieve the brain of Charles Xavier, which the Skull has fused with his own.

All clues to Red Skull’s whereabouts lead the team to Bagalia, where Rogue and the rest of the team is surprised by the appearance of Remy LeBeau — Gambit — who mysteriously gives her the cold shoulder. (Despite what that cover looks like.) Something is afoot! How do you find and capture someone with the power to mess with your perception of reality? That’s the tricky part. 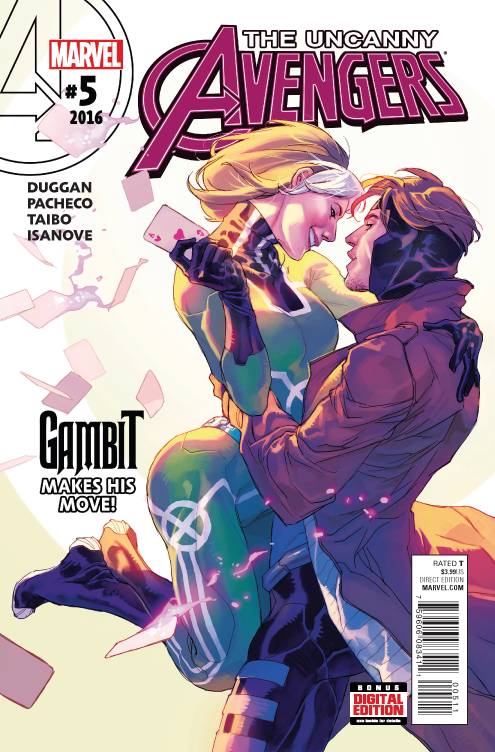 Escape From Monster Island #1, Zenescope. I must admit that I have not in the past been drawn to titles from Zenescope, being a mother of two tween boys and a Sunday school teacher as well. It has always been the covers that have given me pause. I’ve appreciated the art, to be sure. It is beautiful. I just have been burned so many times before on titles from other publishers (mainly back in the ’90s when I had my first shop) that have little to no substance for story and plot and were mere excuses to print T&A to sell books.

Having now delved into a Zenescope title myself, I can’t help but wonder if I have “misjudged the book by the cover” for many of their titles. (Going to pick up and read Robyn Hood #19, which is out this week and is reported to be a great jumping-on point). 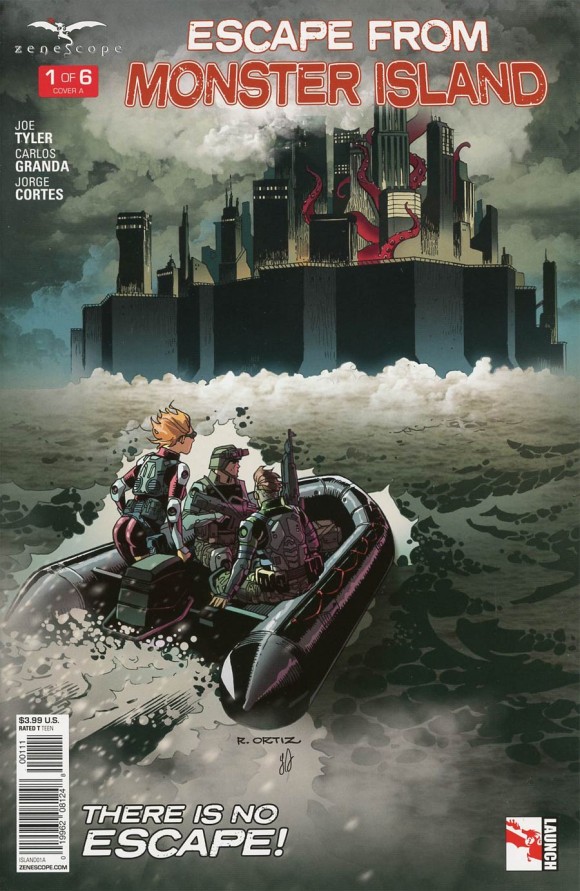 Escape from Monster Island — written by Joe Tyler, with art by Carlos Granda and Jorge Cortes — is everything I wanted this book to be. I am a huge fan of kaiju — please Legendary Studios, put Pacific Rim 2 back on the production list for me — and this book does not disappoint.

The government has been placing captured creatures on Masi Island in the Pacific Ocean for years as a form of containment, and for research and study. Things get out of hand — as they are apt to do with giant, mythical creatures — and the island is abandoned by its human watchers. The problem is, the humans need to retrieve something before they destroy the island utterly, so this book follows a military group as it breaches the outer walls (cue awesome undersea sequence).

Looking forward very much to Issue #2. Thank you, Zenescope, for putting out a “gateway” title for me. I’m sure this is the beginning of a long relationship.