Jen picks ’em … and there be SPOILERS!

Teenage Mutant Ninja Turtles: Deviations, IDW. This is one of the cool comics that IDW is doing as a What If-style one-shot. In this Deviations issue, we explore a world in which the Turtles are working for Shredder against Splinter — to capture him in fact. Sounds like something the Turtles would never, ever do, right? Your instincts may be right in this case: There may be some outside influence. Full of crosses and double-crosses and amazing art by Zach Howard with additional art by our friend Cory Smith (regular artist on Marvel’s Nova), an ink assist by Joylon Yates and colors by Ronda Pattison. This issue is so pretty (and by pretty, I mean dark and gritty) that you might pick it up for that alone. Don’t miss the story by Tom Waltz, though. It brings in characters that you don’t expect and that will make your day. 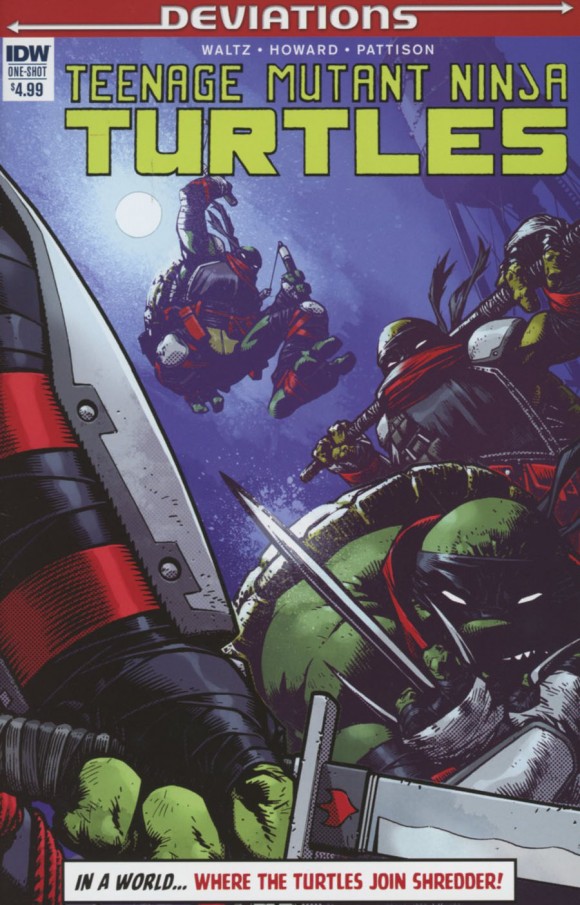 Power Lines #1, Image Shadowline. The premise of this comic is pretty cool, especially to me, since I regularly talk with my science-y husband about the reversing of Earth’s magnetic polarity and what the effects might be. This book also deals with “power lines” — also known as “ley lines” — that have been used by civilizations throughout history as areas of mysticism. This book takes place in modern-day California and intersects the lives of two groups, one a foursome of “taggers” (specifically one named D-Trick) and an outspoken widow (Sarah) and her veteran son (Kevin). Sarah and Kevin have their cell phone stolen by the tagger group. She’s unwilling to wait for the police to retrieve it and takes matters into her own hands (I know. It sounds like an epically bad idea). Something mysterious is happening and it will affect more than one side of this conflict. An amazing start by Jimmie Robinson who does everything for this book (except “petty larceny,” which is attributed to Jim Valentino on the title page. I’d love to hear the story behind that). 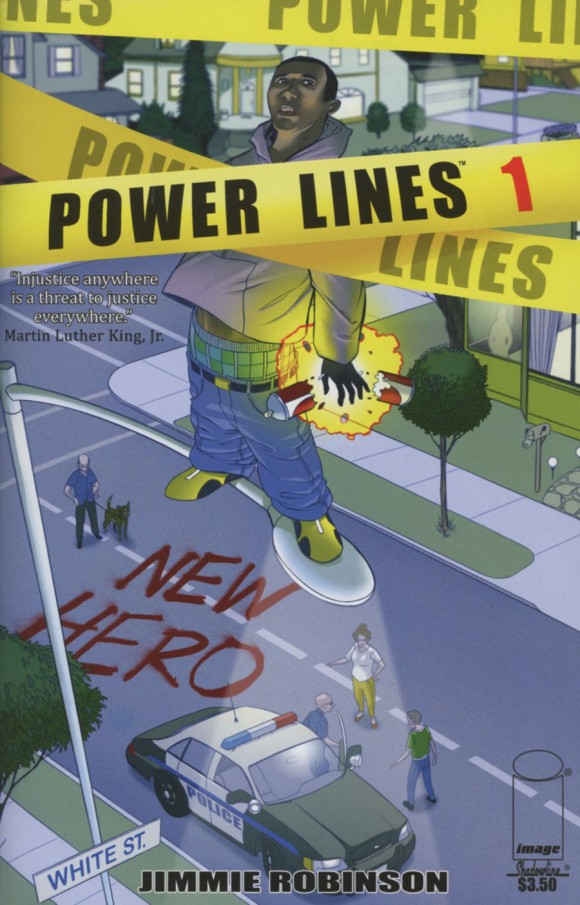 Faith #3, Valiant. I’ll have to admit that although I have been enjoying Faith, I needed more things to be going on than her conflict at work with her boss and uncomfortable contacts with her ex-boyfriend. I needed some action! Well the wait has paid off. In this issue, Faith must choose between keeping her secret identity and watching her co-workers die or revealing herself to save them. She chooses the right thing, of course, and that will make things awkward at work from now on, I am sure. I especially love myriad pop-culture references peppered throughout the dialogue. See if you can spot all of them. Faith gets to meet the star of Night Shifters in this issue (and consults Archer from Archer and Armstrong) and a new enemy is revealed. Written by Jody Houser, with art by Francis Portela and Marguerite Sauvage. 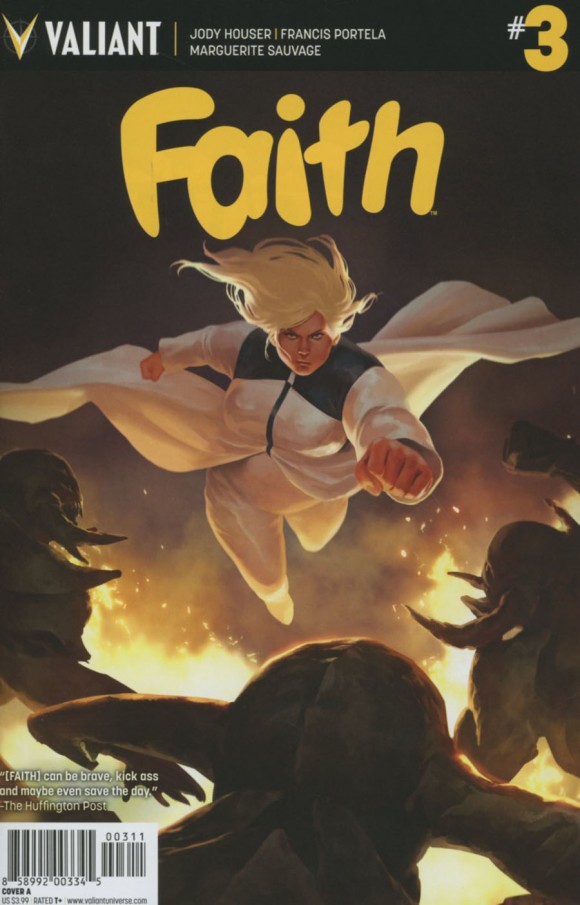 Satan’s Hollow #1, Zenescope. This is a mature reader book and definitely lives up to that rating on the last page, when the evil baddie is revealed (along with lots of skin). Having said that, the book is pretty cool. Something ancient and evil has been awakened and it is hungry. A married couple has returned to the wife’s childhood home where she hopes to put the past behind her and have a new beginning. She has visions that may or may not be from her past and are most definitely sinister.  Meanwhile some kids who have decided to create their own ghost-hunting show wander where they should not have. Methinks trouble is afoot. By Joe Brusha, Allan Otero and Fran Gamboa. 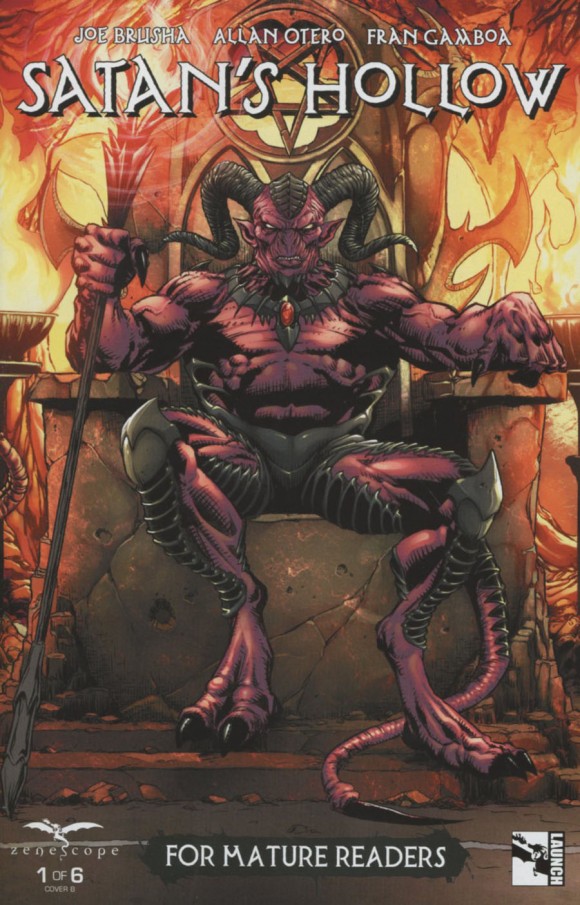