So many good titles this week, so I’m going at them rapid fire so I don’t have to leave anything out:

Second Sight #1 AfterShock. AfterShock is the one to watch, y’all. Each title is unique and is easy to hand sell. Get them on your comic racks ASAP. Second Sight is a twisted, twisted tale. Elements of Pulp Fiction, Girl With the Dragon Tattoo and The Skulls are present with a little Hannibal Lecter thrown in for seasoning.

Ray has a past. He “sees” things and any knowledge he gleans from this doesn’t seem to work out for him. There is a secret society up to no good and a serial killer on the loose, and on top of all this, Ray must deal with a restraining order and a daughter who ignores it. Don’t read this one right before bed, but do read it. 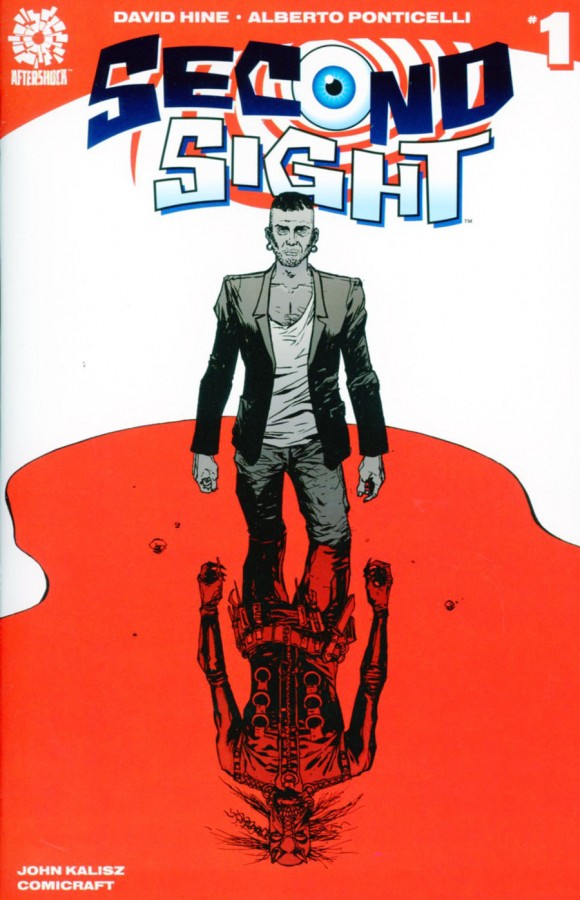 Badger #1 Devil’s Due/First Comics. I picked up this title mostly because I wanted to see what Badger was all about, having missed reading it in all of its other lives in Capital Comics, Dark Horse, Image and IDW.

I’m happy to report that Badger #1 exceeded all of my expectations. Mike Baron, who knows the character best as his creator, really does an amazing job of drawing the reader in to Norbert Sykes’ backstory, giving us empathy for him by living out his painful past on the page. Kudos also to Jim Fern (art), Willie Schubert (letters) and Paul Mounts (colors). I’ll be pushing this title now and in the future. 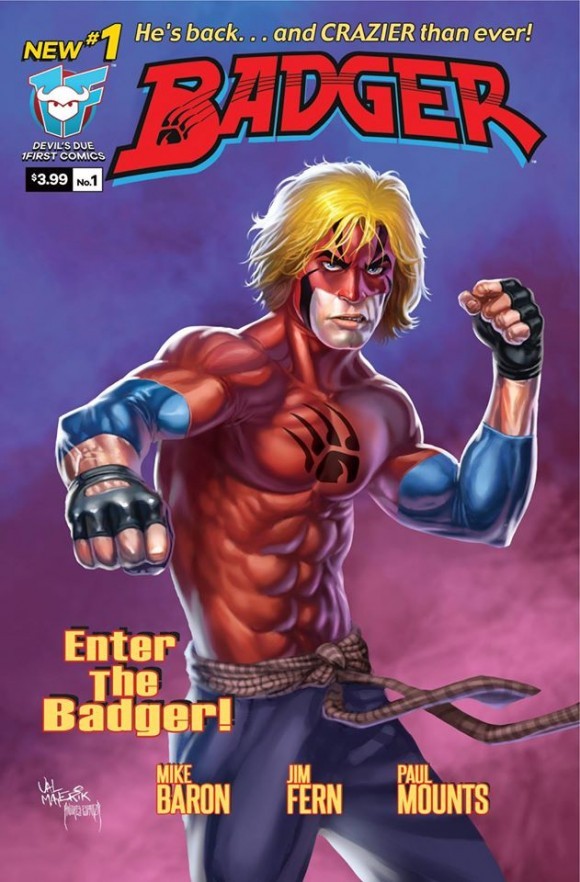 The Dark & Bloody #1 Vertigo. OK. I’ve been missing Justified something terrible. Timothy Olyphant brought Elmore Leonard’s Raylan Givens to life in that show. The Dark & Bloody is set in Kentucky, probably right across the way from Leonard’s Harlan County, in Black Lick Hollow. Something is alive in the Hollow that shouldn’t be and that is the mystery in this book.

What makes it alive, though, is the characters that live in it. Thank you, Shawn Aldridge and Scott Godlewski for this gem of a book and for all else who made it beautiful (loving the colors, Patricia Mulvihill). 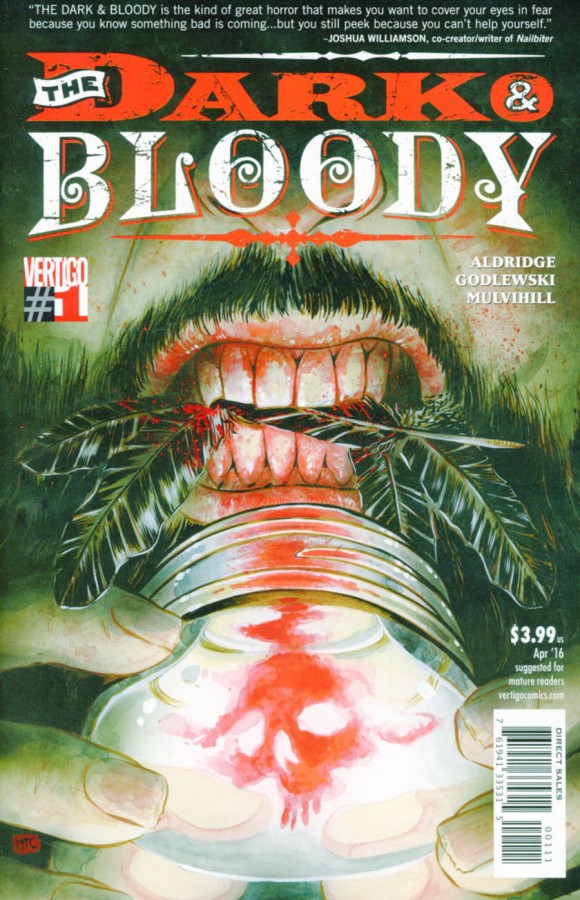 The Troop #3, Titan Comics. These are not your daddy’s X-Men. These are gritty, foul-mouthed, full-of-real-world-baggage people with powers. They are the children of the passengers of a 747 who were infected with a “serum full of off-world embryonic stem cells” and are being hunted down by a mysterious group called Illusion. In this issue, we are introduced to a new character, Owen Wilson. It’s a heartbreaking issue, really. This series has legs, so jump in now. I can see this fully realized as a TV series, for certain. 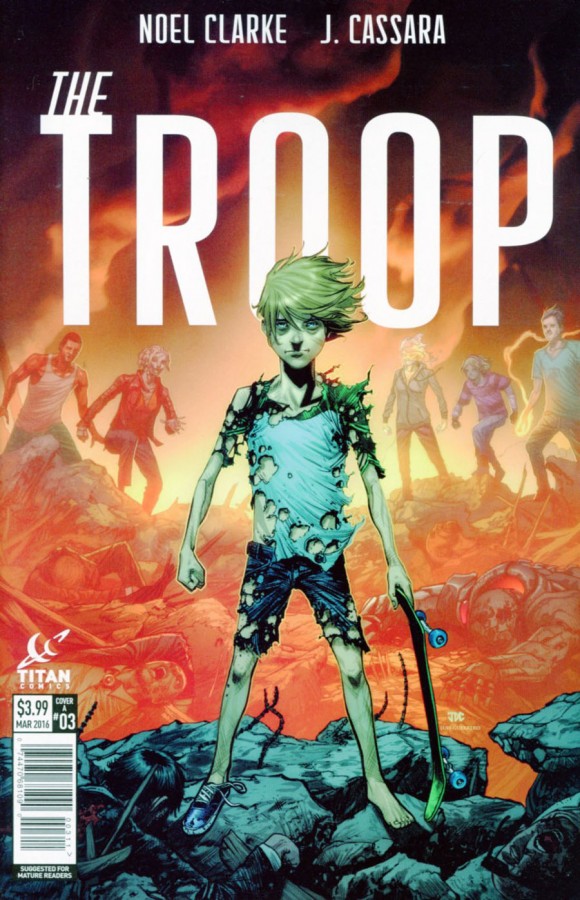 The Totally Awesome Hulk #3, Marvel. Aren’t sure what to think about Amadeus Cho as the Totally Awesome Hulk? Trust me. If you have ever been a teenage boy or known one, you will love this refreshing look at the Hulk story. Cho doesn’t rage like Banner did. The thing that is enhanced in him is his raging hormones, so fights become interesting as he is distracted by the ladies. He still has all of the strength, etc., and he gets the job done (mostly) but what I dig is the banter. Banter between him and his sister, especially, who acts as his handler. Also, Amadeus is brilliant. Off-the-charts brilliant like Banner, but cocky.

The Hulk — brought to you by Greg Pak, Frank Cho and Sonia Oback — faces off against Fing Fang Foom this week, while Lady Hellbender hunts prizes, Predator-style. Who is she after? Read to find out. 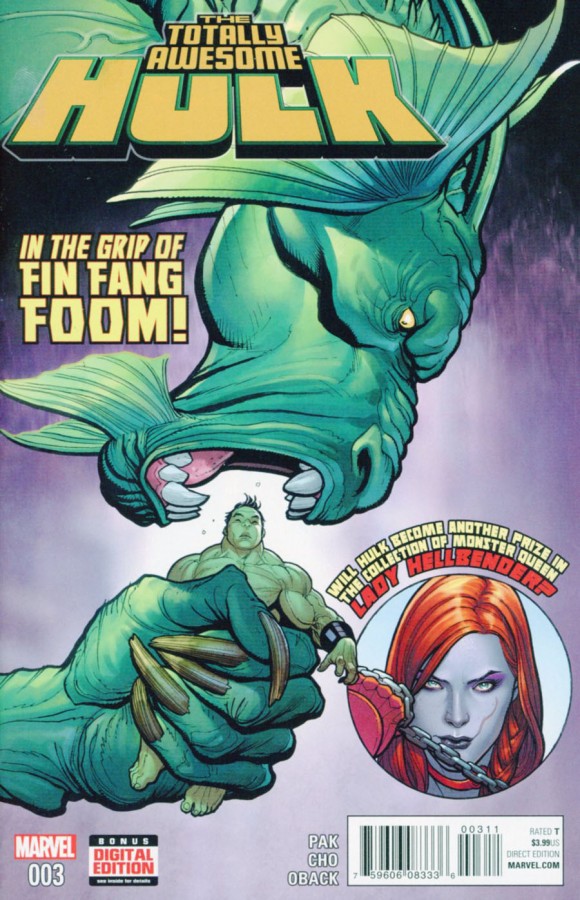