What does Image have coming out today?  We took a look at a few books hitting the shelves, including the news series Copperhead, as well as East of West and Death Vigil. 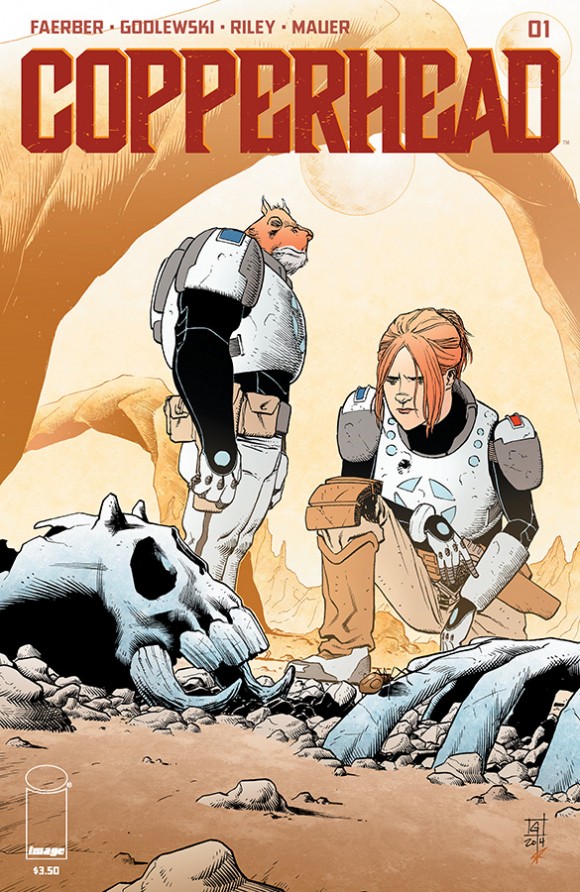 Clara Bronson arrives in the town of Copperhead as its new sheriff, having left from god-knows-where after an ambiguous, and probably ignominious, exit.  She is tough as nails and ready to stand up against the crooked landowner and whatever other numerous threats that are impinging on her new protectorate. Oh, and there are aliens. Lots of aliens. And it takes place in the future. The general premise of a space cowboy epic is not exactly novel, and is probably more like well-trod turf at this point, but there’s nothing inherently wrong with writing a genre piece or dabbling in used ideas, and art is just building blocks, growing on itself overtime anyway, so its all stolen in the end, or something like that.

It probably is a bit early to corner Copperhead as a genre piece, but the elements are all there from the get-go and writer Jay Faerber makes no bones about the fact that he is playing in areas that have been used. Of course, you tend to get a lot more leeway in dabbling in recycled themes when you simply do it better than your predecessors, and that is what it appears Faerber and Scott Godlweski are up to here: the characters are well developed, the pacing solid, the art is straightforward yet vital and expressive, with sets straight out of Tatooine, and the aliens we meet in the first issue are a diverse and fun group of extraterrestrials. I’m looking forward to seeing where they take this, if nothing else. 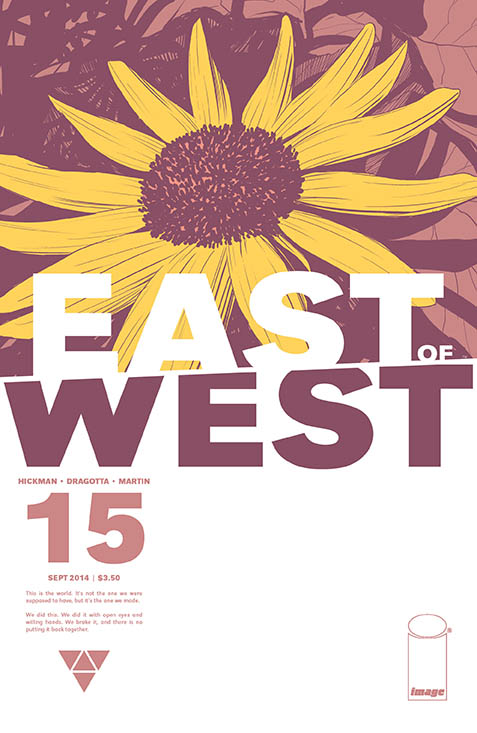 I keep saying (and some of you are listening) that East of West is the best non-Saga series being published these days. Trying to sum up this series in just a few sentences is probably a waste of breath because there is too much story here, and, really, if you’re not invested in this series by now, jumping into the middle would be pretty confusing, given the numerous storylines that Jon Hickman has woven. But this series has been rolling along lately as a very nice clip, really building toward a head as the Seven Nations sink deeper into war, while the three horsemen of the apocalypse push to fulfill their own destinies. For issues now, rogue fourth horsemen Death has been wandering in search of his own son, a young boy locked away by himself in high-tech isolation, being groomed for his prophecied fate, namely becoming the Beast of the Apocalypse. After brief glimpses of the Beast in past issues, this issue is all about the Beast, and it is an awesome introduction, as we get to see how he ticks, before he goes head to head with the three horesmen. Hickman’s writing is, as always, tight and pitch-perfect, and Nick Dragotta’s art is riveting. 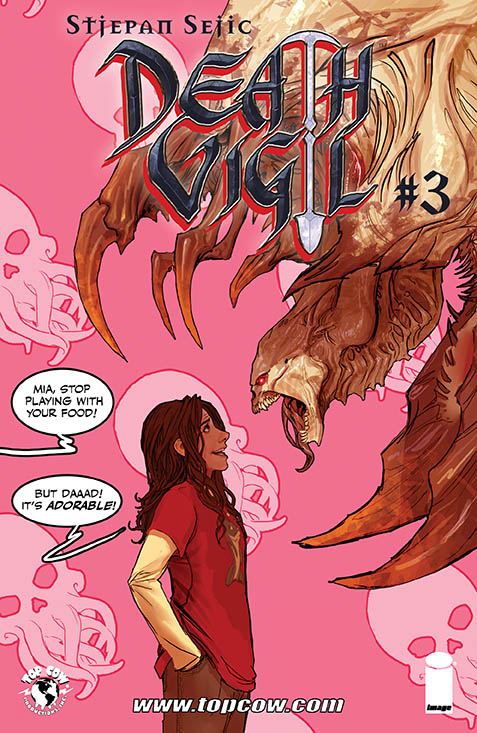 Death Vigil is, in some ways, an archetypal story about good versus evil, in this case the good being the Death Vigil, a team of post-dead individuals with glowing blonde hair and magical weapons, led by Death herself, who are sworn to protect the living from the unknown horrors of the world, principally necromancers and the demons that they put through interdimensional rips. The essence of Death Vigil is not, however, the story, which to date has been somewhat clinical, if engaging, but the characters themselves, who are the heart of the series. Stjepan Sejic has developed a roster of core players who have great chemistry, are relatable, and entirely vulnerable at the same time, including Death who, a la Neil Gaiman, is a quirky and socially awkward young woman named Bernadette. Issue 3 introduces us to some new characters – most notably Mia, a young girl who also is a giant and vicious monster – while Clara Jenkins (two Claras in one week of reviews?!?) continues to adjust to being a member of Death Vigil, getting used to her new home and learning about what powers have been bestowed upon her. The series never takes itself too seriously, and Sejic is sufficiently self-aware to understand how morose it could be, given its death-heavy motif, and as a result is constantly adding levity to the book. The final product is an endearing and addictive series filled with very likeable characters, some very funny moments, and awesome monsters straight out of a Cthulu nightmare, all captured by Sejic’s fantastic art.