(DC’s digital-first titles are available for download via the DC Comics App, Readdcentertainment.com, iBooks, comiXology.com, Google Play, Kindle Store, and the Nook Store. Wonder Woman ’77 will be collected in print and is due 4/29.) 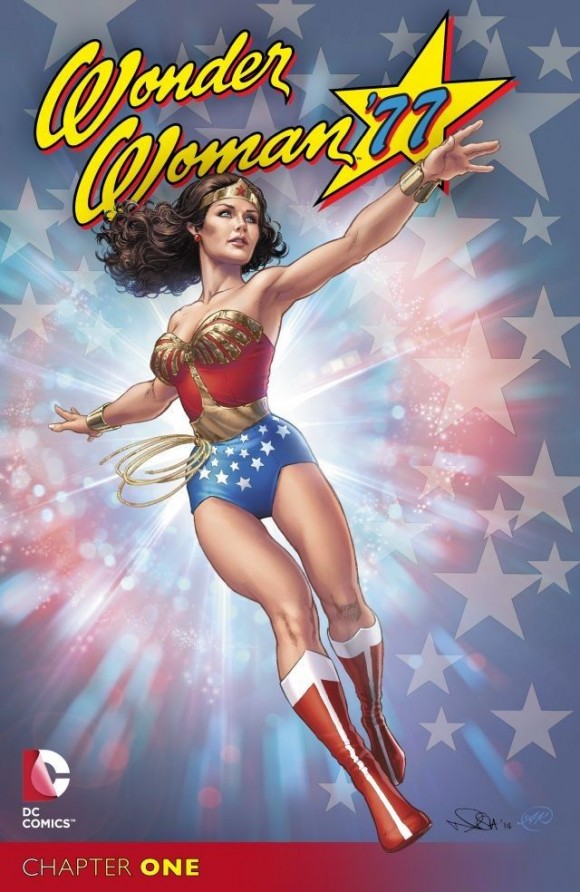 “All the world is waiting for you!” That’s how the theme song to the 1970s Wonder Woman TV series began. But WW fans don’t have to wait any longer—there’s now a third comic starring the amazing Amazon. (Not a hoax! Not an imaginary story! There actually are three separate titles with Wonder Woman as the lead. Not quite Batman-level parity, but I’ll take it!) 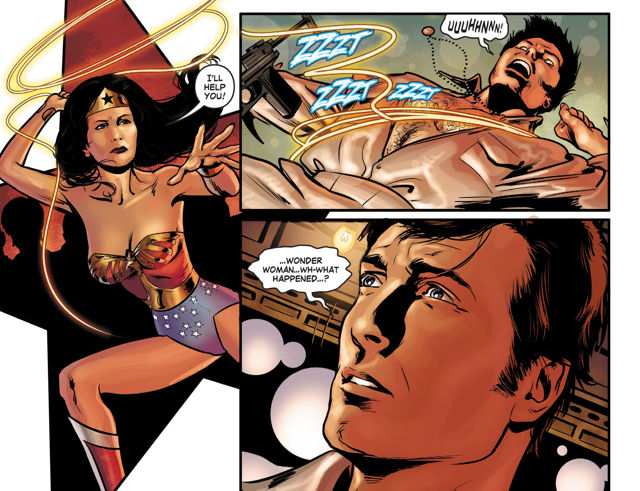 There are also plenty of other TV beats to delight fans. In the first arc of the weekly digital-first, miniseries, we get: Steve Trevor Jr., a hunk in the same mold as dear old dad (both played by Lyle Waggoner—woof!); the imposing IADC office building; IRA, a super-computer that put Siri to shame back in the day; and even the Wonder Spin, a flashy way for the TV heroine to conveniently change costumes that eventually became comics canon. 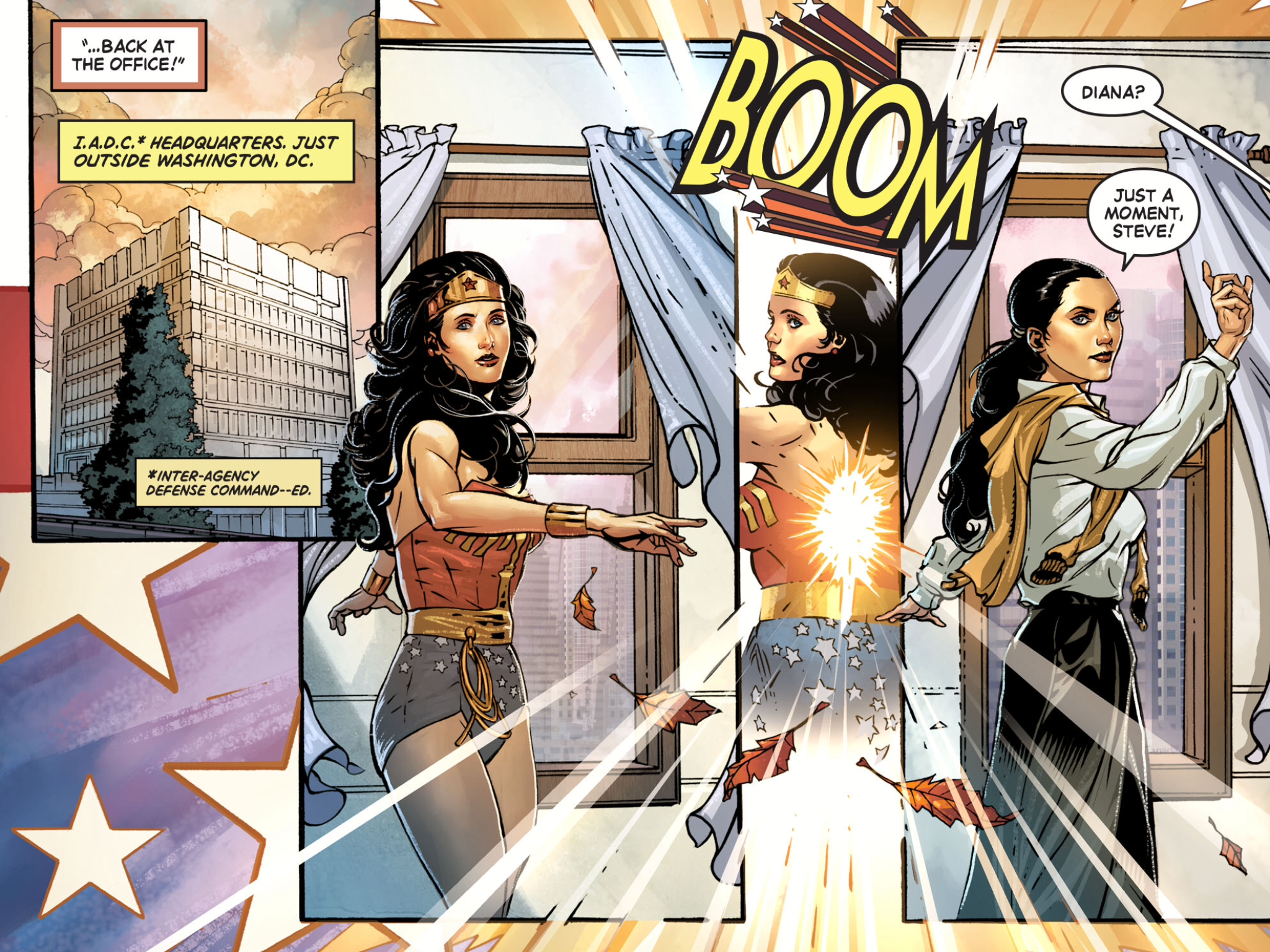 Writer Marc Andreyko sets his tale smack in the disco era, as Diana Prince and Steve Trevor pursue an imperiled Russian scientist to Studio 52 (heh), the “hottest nightspot in New York City,” complete with bouncers and velvet ropes, mirror balls, and that big coke-spoon-and-moon hanging over the dance floor.

With art assists from Matt Haley and Richard Ortiz, Andreyko and Johnson pay homage to not only groovy ’70s fashion—dig Steve‘s open-to-the-navel shirt!—but also the early-’70s WW comics in which Diana ditched her star-spangled shorts to become a mod white-suited spy in the mold of Mrs. Peel from The Avengers. 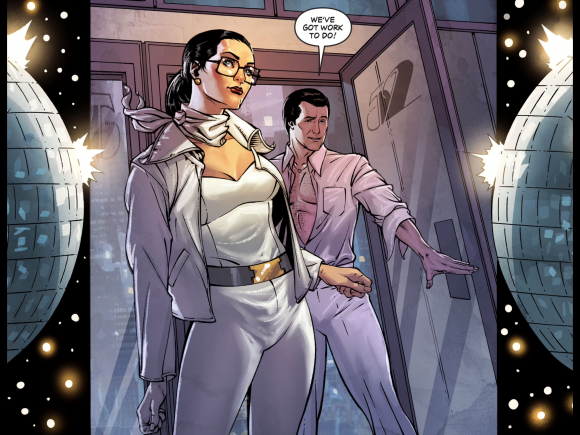 Once inside the club, Andreyko cleverly repurposes the Silver Swan, a feathered femme fatale from the comic’s rogues’ gallery first seen in the early ’80s, as a sultry singer who hypnotizes clubgoers with her siren song.

There’s thrilling action, breezy/cheesy quips, no commercial breaks, and at the end of the hour—er, comic—Wonder Woman saves the day, as she always does. And, much like the TV show, she wins by using her quick wit and Amazon training, instead of a bloody sword like today’s grim comics iteration.

Andreyko and Johnson absolutely capture the innocent, fun-loving spirit of the TV series. The only thing missing from Wonder Woman ’77 is the classic TV theme song—but if you’re anything like me, you’re already singing along.