There are four great multipart stories that serve as the underpinnings of today’s Batman: Three of them, in chronological order, are Denny O’Neil and Neal Adams’ first Ra’s al Ghul saga; Frank Miller’s The Dark Knight Returns; and Miller and David Mazzucchelli’s Batman: Year One.

The fourth is Steve Englehart and Marshall Rogers’ late ’70s Detective Comics run that culminated in The Laughing Fish. Throw in the seminal one-parter The Joker’s Five-Way Revenge by O’Neil and Adams in Batman #251 and you’ve got yourself one helluva Bat-library. 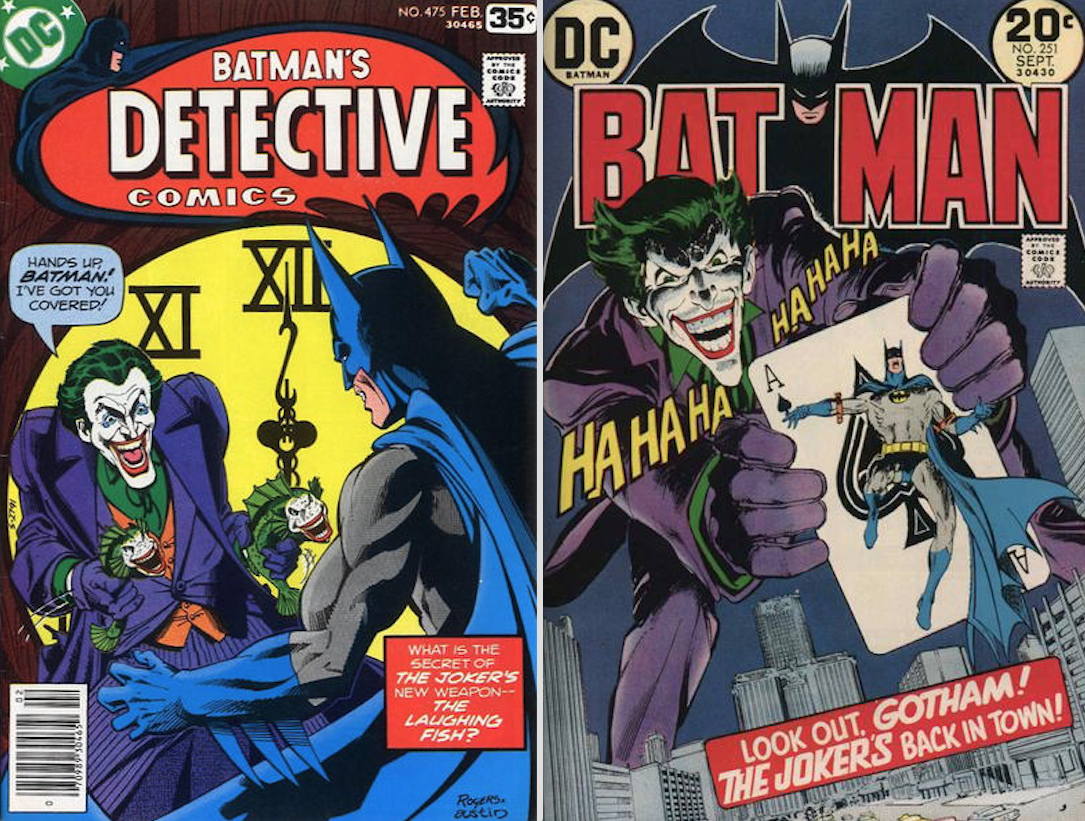 Bruce Timm and the crew at Batman: The Animated Series, which is celebrating its 25th anniversary this fall, understood that and they went to those wells repeatedly for story ideas.

One of those standout episodes was The Laughing Fish, written by Paul Dini and directed by Timm himself. It adapted Englehart and Rogers’ classic and wove it into the climax from Batman #251. It’s one of the Animated Series’ high points, which is saying something when you’re talking about a show that completely remade the comic-book cartoon landscape. 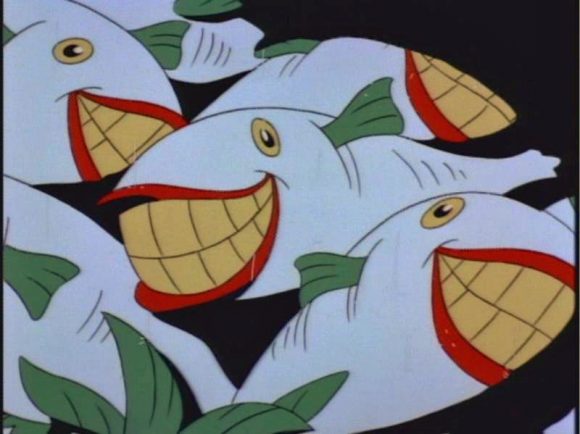 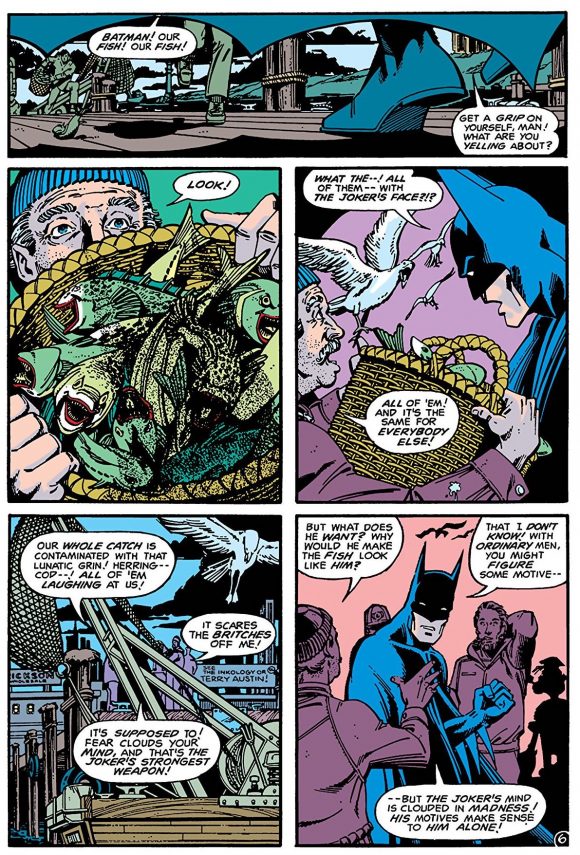 Diamond Select has capitalized on the popularity of the episode with a PVC statue that offers callbacks not just to Timm and Dini’s episode, but to the work of O’Neil, Adams, Englehart and Rogers. 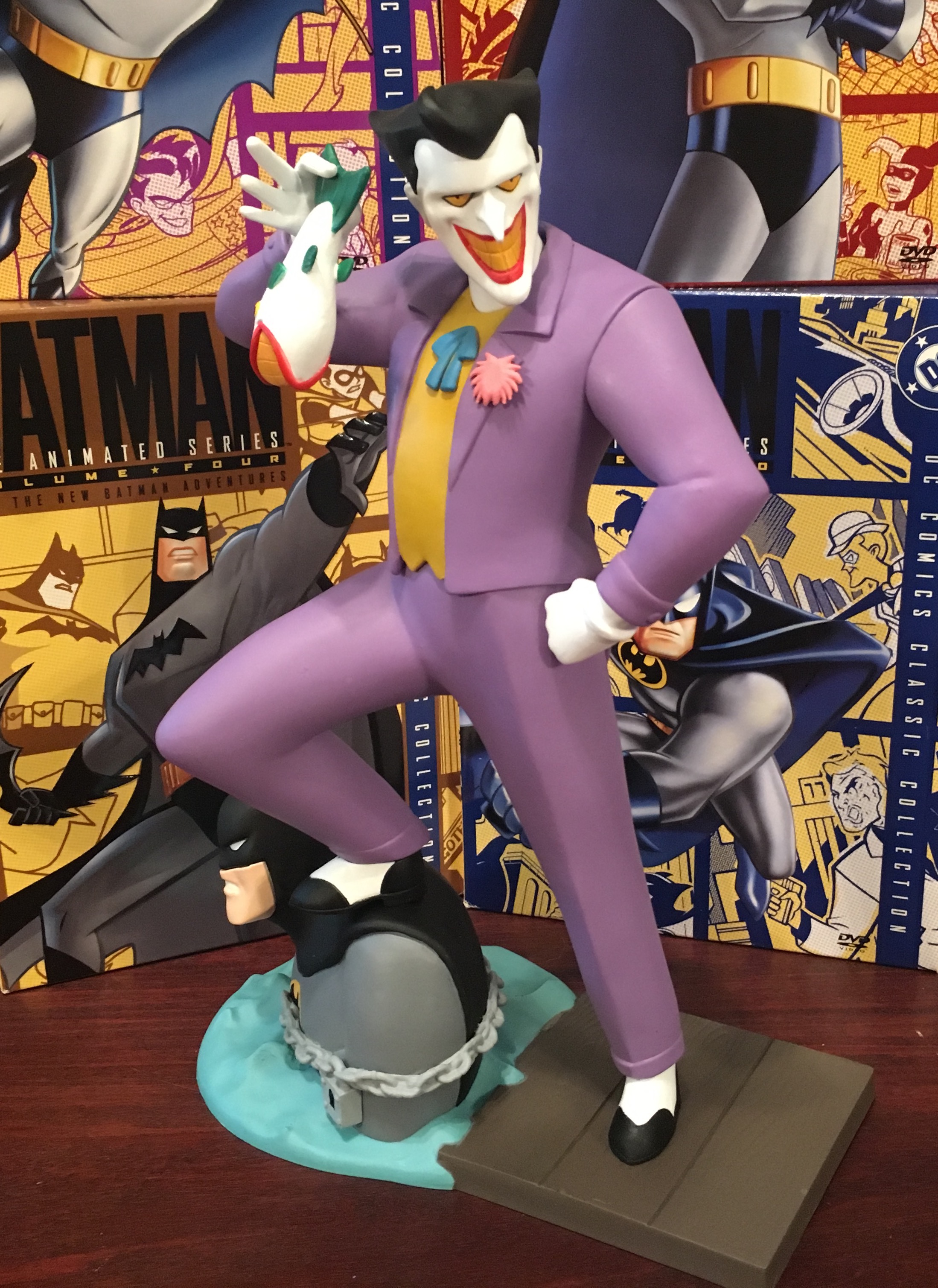 The 9-inch statue, which lists for $45, has the Joker momentarily triumphant, dangling a Joker fish (which you have to place in his hand when you set it up) with a leer that taunts the viewer. The statue may have been designed by Barry Bradfield and sculpted by Sam Greenwell — who did an outstanding job — based on Timm’s design, but this is Englehart and Rogers all the way. 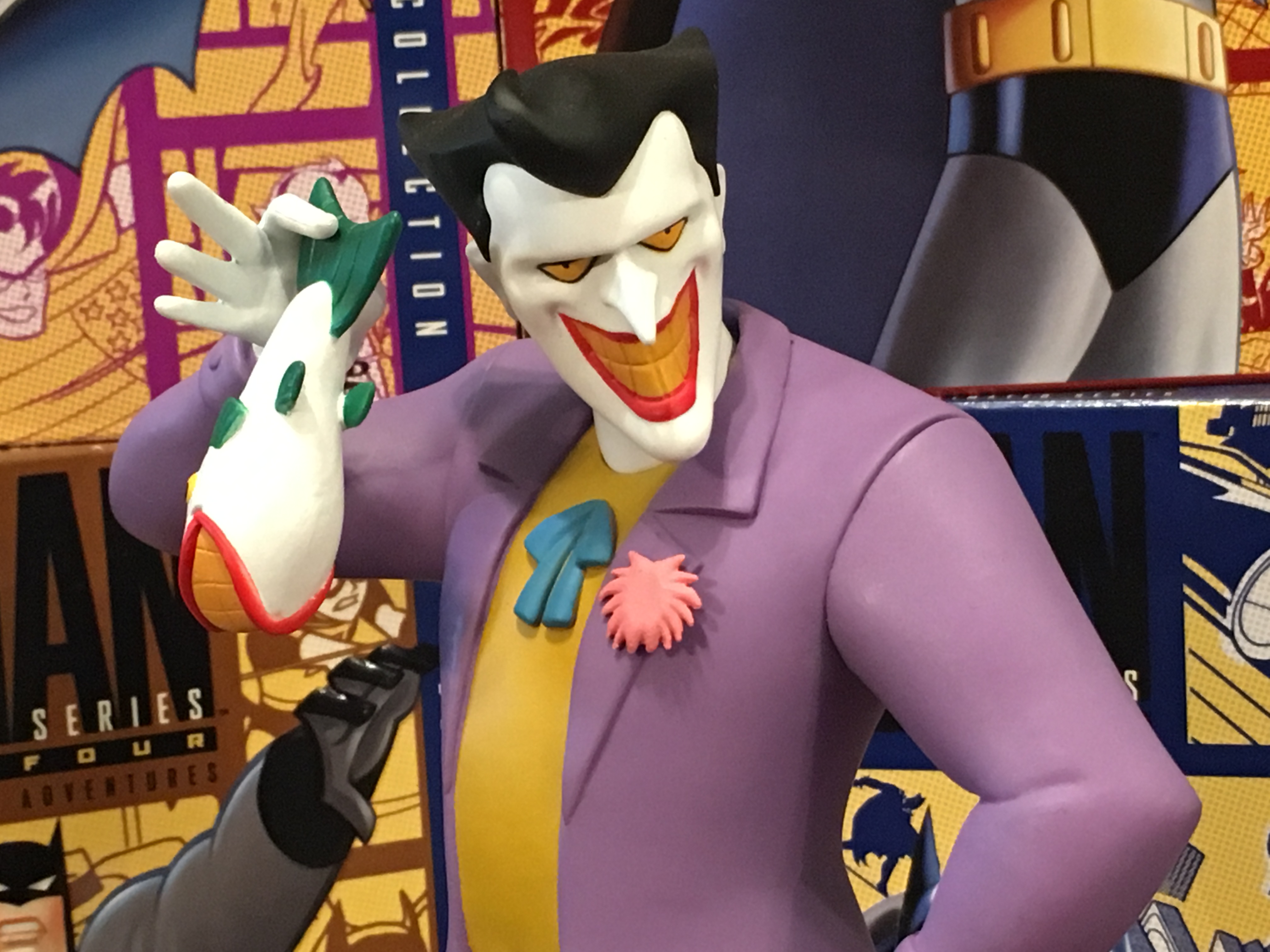 But this is not just a Joker statue. Batman makes a cameo at his feet, trapped in the aquarium where a hungry shark awaits — a sequence right out of Adams and O’Neil’s Batman #251. 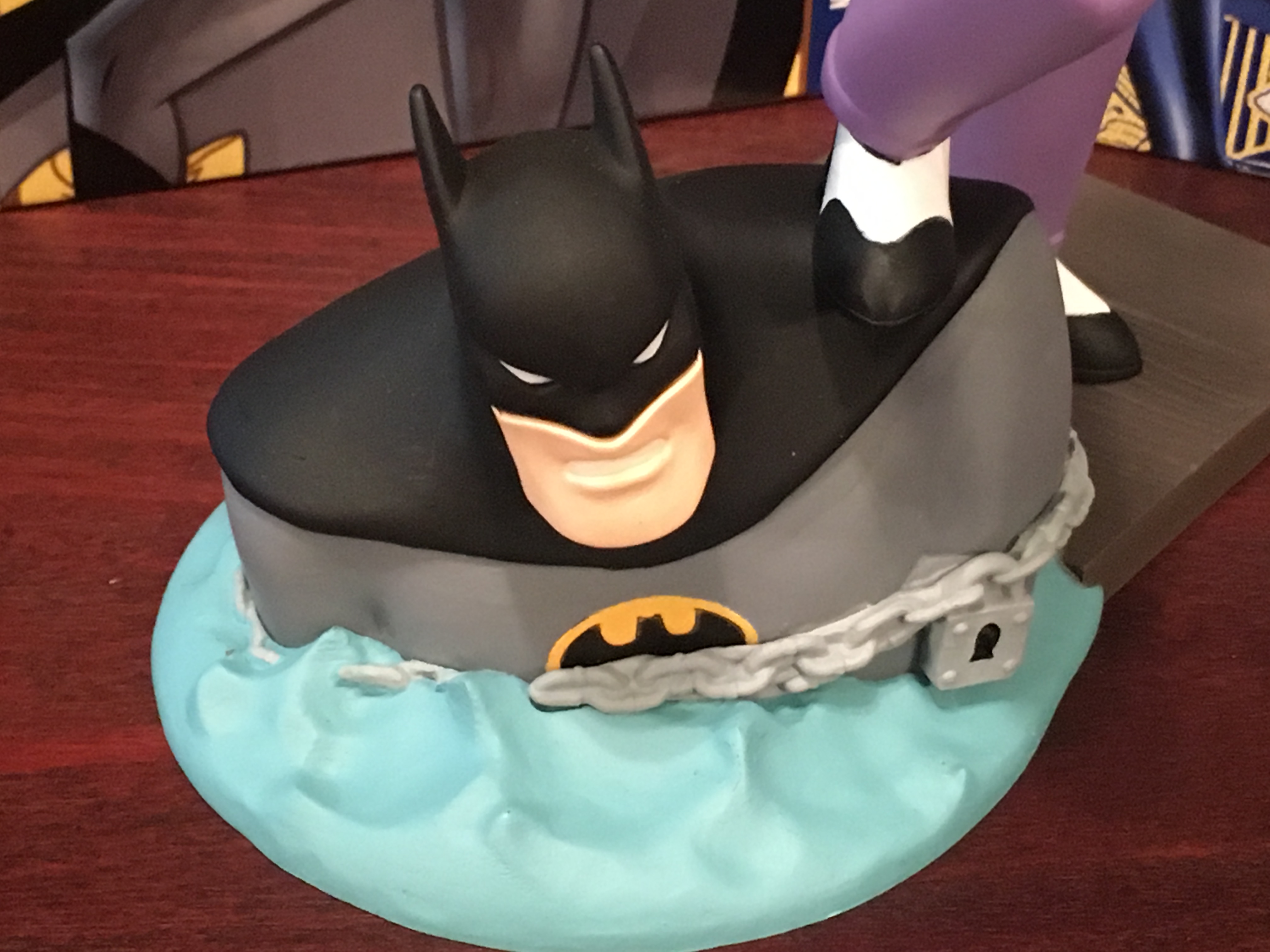 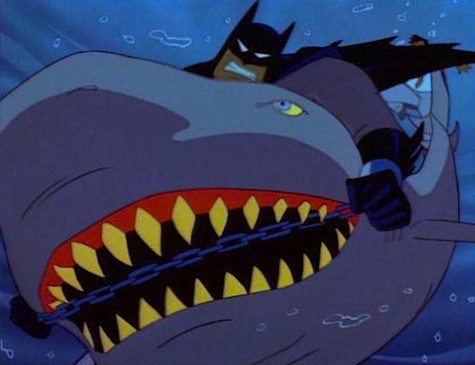 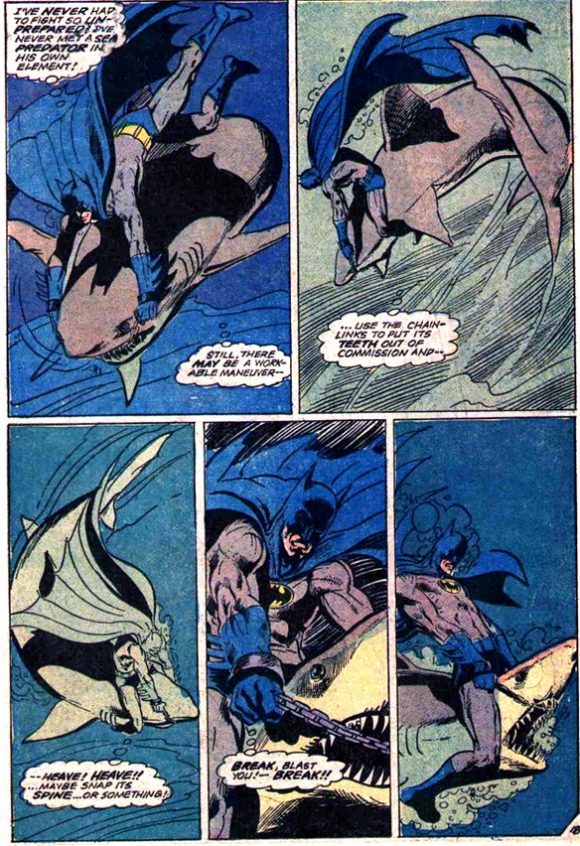 So when I look at this statue, I don’t just see the brilliant work of Timm and Dini, I see O’Neil, Adams, Englehart and Rogers too — making this a fitting testament to the last 45 years or so of Batman lore.