NO SPOILERS … but DC’s latest direct-to-video feature is lacking. A GOTHAM TRIBUNE EXTRA: 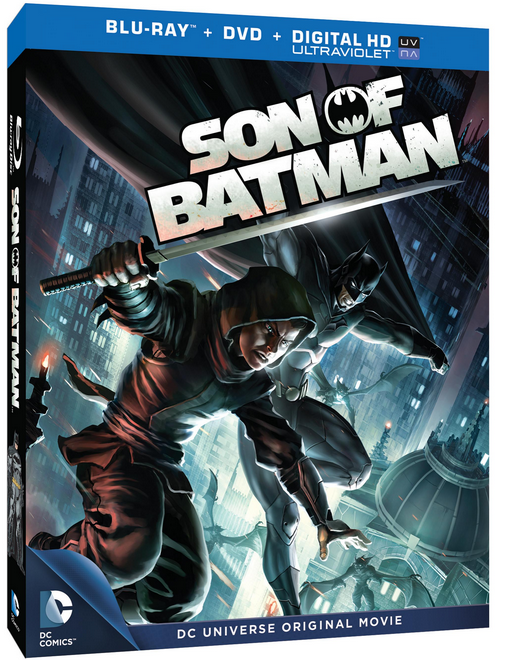 I’m not a hater. I generally don’t do reviews if I don’t like something. I’d rather go write about something I do like. That’s kinda the heart of 13th Dimension.

But I’ve watched the new DC animated movie “Son of Batman” and after the recent “Justice League: War,” I’m not pleased with where things are right now with the studio, so I figured I’d put something together.

I actually detested “Justice League: War,” which was wooden, forced and unintentionally silly. “Son of Batman,” on the other hand, is just flat and uninspired.

The story is very loosely based on the first part of Grant Morrison’s comics run, in which Bruce meets Damian for the first time. Talia’s here, as is the Man-Bat army. Ra’s and Nightwing are also in attendance.

But for some reason, Deathstroke is a primary antagonist in this one. I don’t know why because what makes the character interesting is completely lost in “Son of Batman.” Here he’s out for revenge because he was supposed to be the heir to the League of Assassins and he’s really upset about it. So now he has his own army of assassins and … oh, forget it. Real boilerplate stuff.

The animation’s OK, I guess. It relies on anime styling, which fits the story to some degree but it feels too cold for such an overheated plot. And while I love Andrea Romano for all she’s brought to the DC TV shows and films, the characters here feel miscast.

It’s not easy to play Batman these days without sounding like a parody of Christian Bale (or Kevin Conroy) but Jason O’Mara (most recently from “The Good Wife”) goes in the other direction with a lifeless performance. The key to playing Batman isn’t no emotion, it’s restrained emotion.

And Stuart Allan as Robin is, I hate to say it, too childlike. Damian is both scary and vulnerable and his voice should reflect that. Here, he’s just a kid. I don’t blame the actor. I blame the casting.

This is the studio that brought us great adaptations like “Under the Red Hood” and “The Dark Knight Returns.”

After films like those, I imagined “Son of Batman” would be taller.