A spoilerish look at the new Wonder Woman title by a guy who knows her, really, really well.

Scott Jolley, besides being one of my oldest friends, happens to know more about Wonder Woman than just about anybody I know. So I asked him to step in and take a broad-view look at DC’s new digital-first Sensation Comics, which has also started its print run. #1 is on the stands now and new digital chapters are posted every Thursday. (DC’s digital-first titles are available for download via the DC Comics App, Readdcentertainment.com, iBooks, comiXology.com, Google Play, Kindle Store, and the Nook Store.) 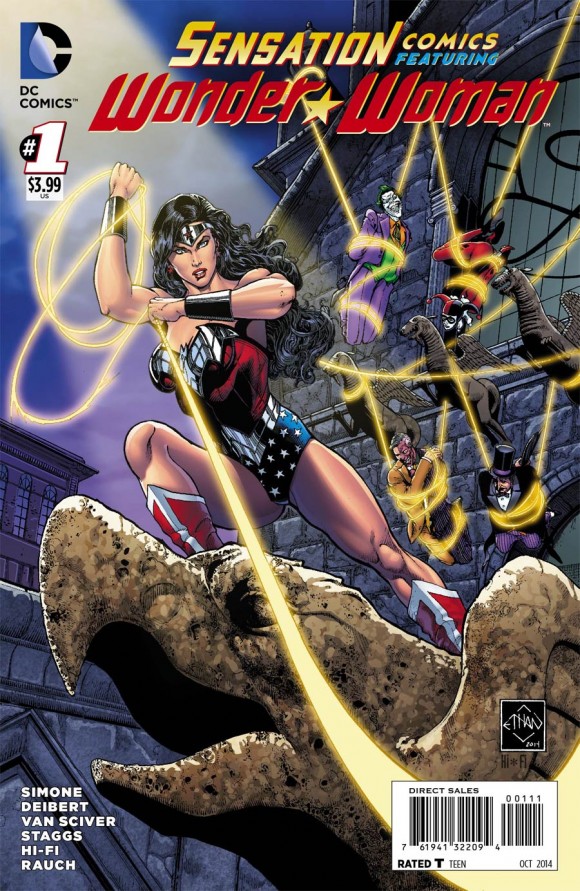 Wonder Woman fans often take what they can get. I should know, I’ve been following the Amazing Amazon since the ’70s when I was astarry-eyed kid spinning around in my Louisiana backyard, swinging a rope spray-painted gold. No matter where Wonder Woman would pop up, I’d grab it, whether it was her solo title — the only one she’s had for decades — a storyline with the Justice League, or even infrequent guest roles in other books.

So I was thrilled when DC announced that Wonder Woman was finally getting her own full-fledged second title (let’s not even talk about the current “Superman’s Girlfriend” … I mean Superman/Wonder Woman). Out-of-continuity stories? Especially out-of-New-52 continuity? Yes, please! Bringing back the Golden Age title of Sensation Comics after 62 years? Oh hell yeah! The return of writer Gail Simone, who captured Diana’s voice so well? I’m camping overnight outside my LCS.

The first arc, the two-part “Gothamazon” by Simone and artist Ethan Van Sciver, opens strong. Batman’s out of town while his rogues’ gallery runs rampant through Gotham, so Oracle — yes, that Oracle! — calls in the big guns. Not the Flash, not Green Lantern, not even Superman, the biggest gun of all, but Wonder Woman. Right away, Diana starts kicking ass and taking names, mowing down villains with Amazonian Batarangs (Wonderangs?) courtesy of Io, the butch blacksmith of Themyscira. Simone wastes no time either, cutting directly to the smack-talking: “I’ll put your house in order, Bruce. And I won’t even need a car.” 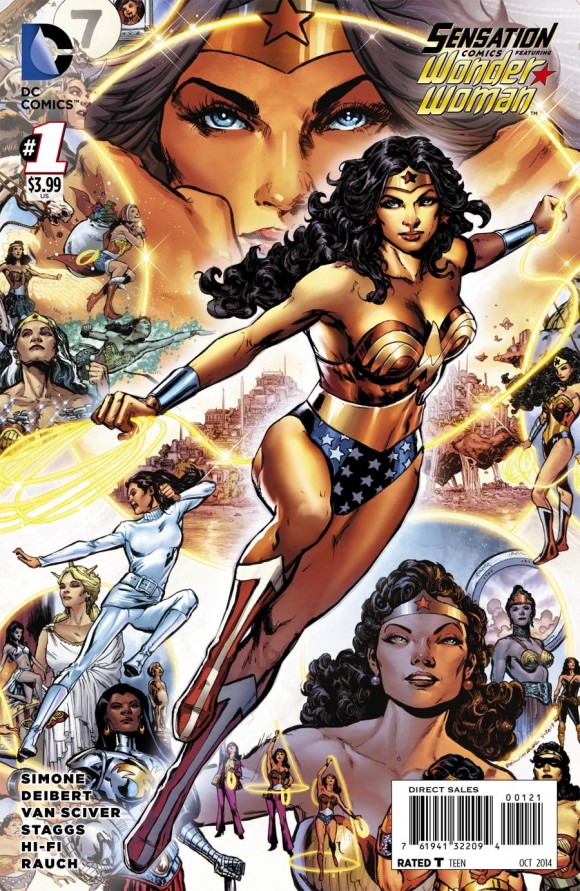 A superior variant cover by Phil Jimenez that Dan would buy if it weren’t so expensive.

There’s stuff to nitpick, sure, such as annoyingly inconsistent art: Why do the covers feature her silver New 52 colors, while the interiors are the classic WW gold? Of far greater concern is how Diana is once again defined by her relation to other characters rather than on her own merits (way more of a problem in her regular monthly, though, where WW is usually a guest star in her own book). Who is Wonder Woman here? Is she like Batman, striking terror into the hearts of cowardly, superstitious criminals? Thankfully, no. After indulging in an ultra-violent, neck-snapping reverie, Diana forgoes the fear-based tactics of the Dark Knight, choosing instead truth and compassion … and, OK, more than a little butt-kicking.

But there’s plenty of fun — hello, Wonder Signal! — to balance out any unevenness. What sustains me is the promise of Wonder Woman stories from Lauren Beukes, Chris Sprouse, Marguerite Sauvage, Caitlin Kittredge, and Georges Jeanty, not to mention Gilbert freakin’ Hernandez.

So bring it on, Sensation Comics. I just want more her. 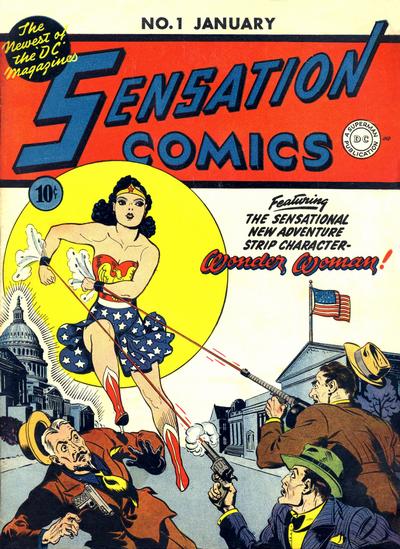