OK, OK, look. I never saw Suicide Squad. I have no plans to see it. As I noted here, the critics’ savage reviews were enough to keep me away.

But I did get my hands on NJ Croce’s Suicide Squad bendables boxed set — and I’m a big Margot Robbie fan — so I figured, what the hell. Let’s give this thing a shot.

It retails for about $40, but like I always say, shop around. 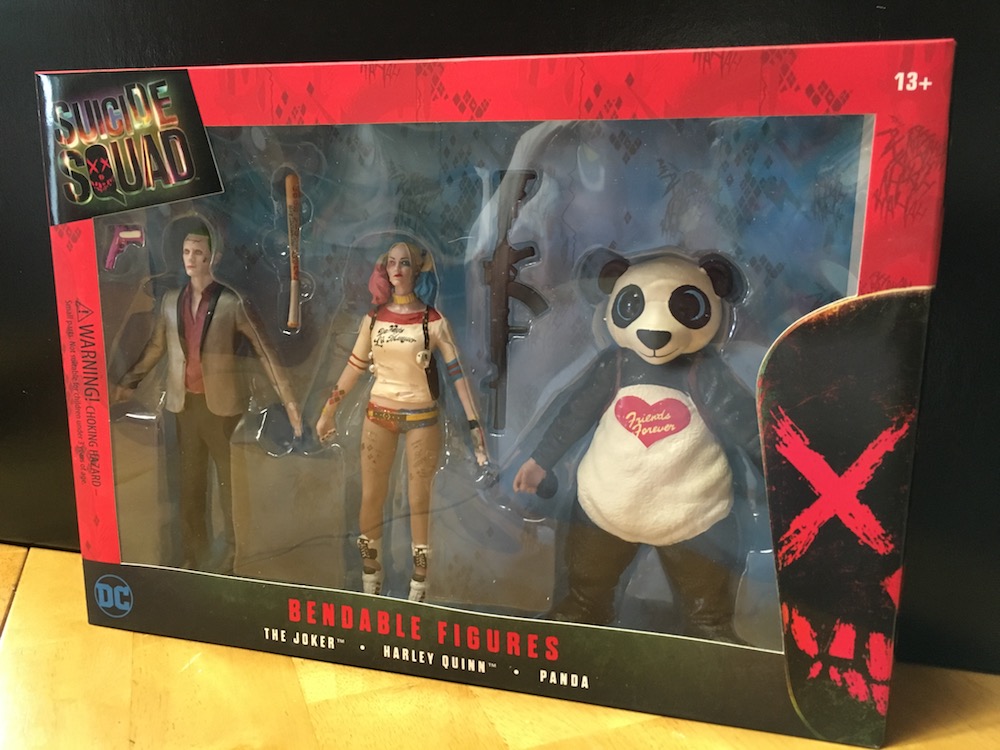 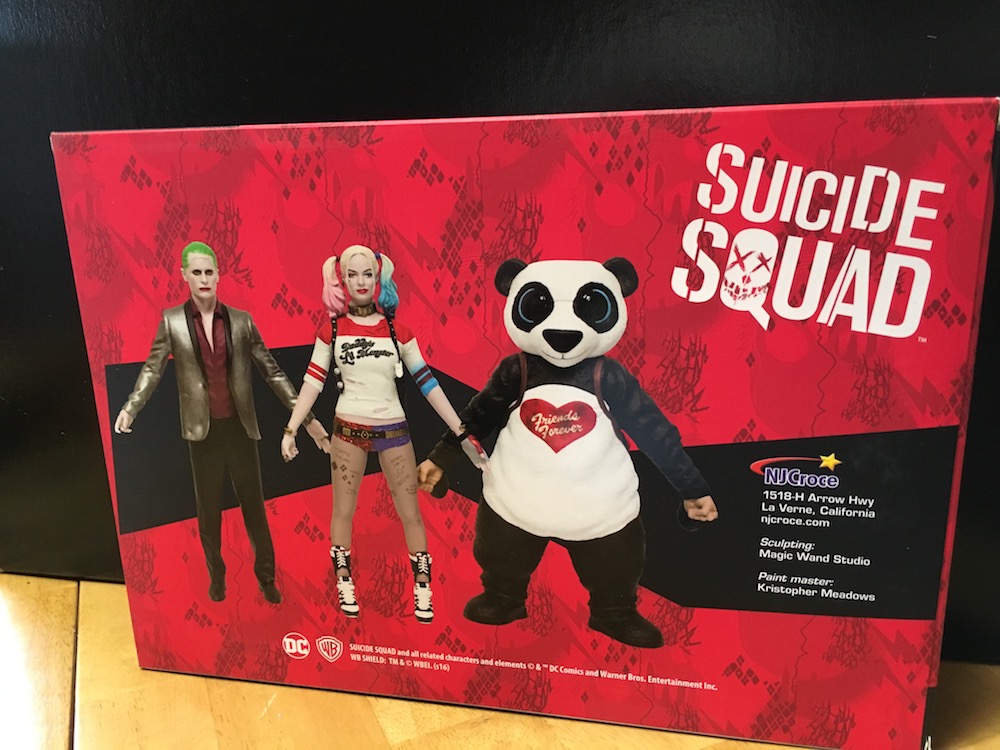 So how do you turn someone as stunning as Margot Robbie into a 5-6-inch bendable figure and still capture her considerable appeal? Simple. Have NJ Croce produce her. Seriously — and I’m not blowing smoke — this is a company that keeps getting better and better at capturing the likenesses and body types of actors and actresses. 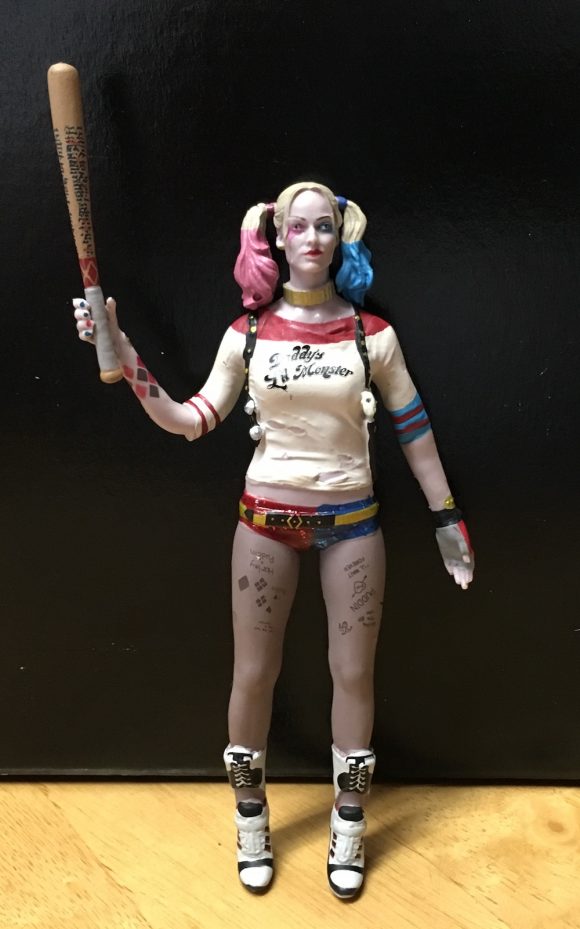 Sure, she’s not a dead ringer, but at this size and with these materials, she’s first-rate. And since the company doesn’t have to worry about articulation joints and seams, her body type is much smoother than your typical action figure. (Get your head out of the gutter. This is a simple matter of accuracy and aesthetics, you perv.) 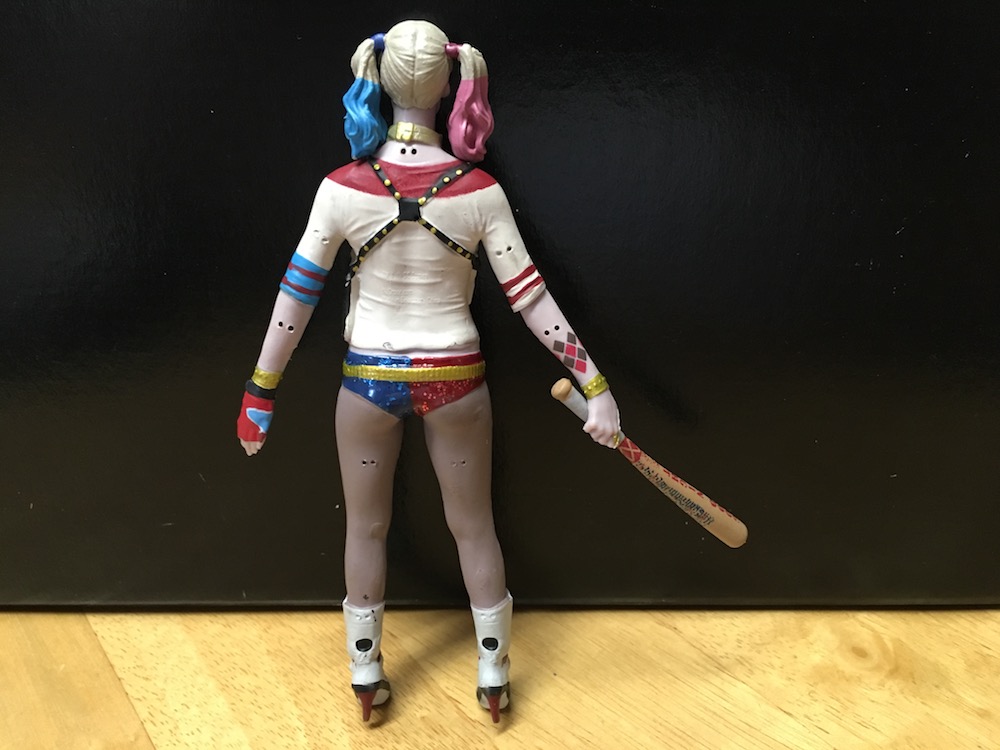 Man, a lot of people were put off by the look of Jared Leto’s Joker. Not me. I could totally see him as a contemporary take on DC’s most famous psychopath. That you barely recognize him as the actor is an advantage manufacturers have when replicating him for the toy and collectible market. 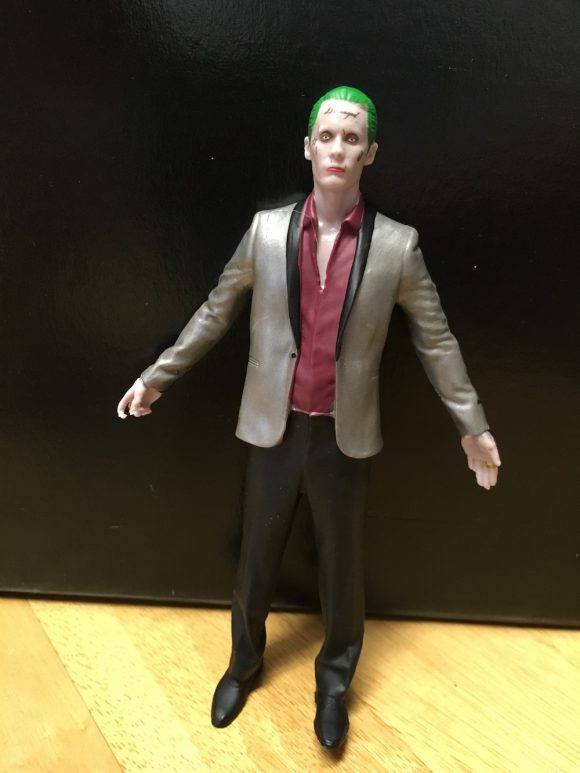 Between the slicked back green hair and missing eyebrows, it’s a lot easier for NJ Croce to produce a bendable that looks like him, it seems to me. The hard part is all the tattoos and they nailed that.

Regardless, the Joker in this set is a worthy partner to Harley Quinn. 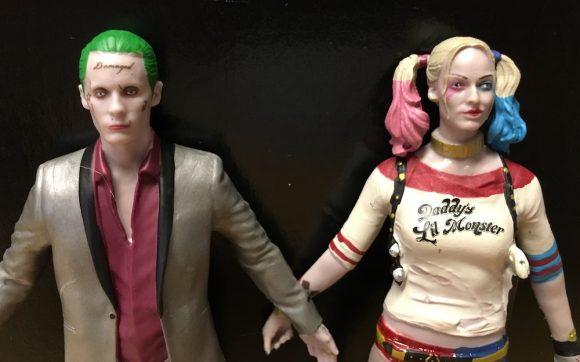 Never saw the movie. Have no idea what this means but it looks fine to me. And the accessories — including Harley’s baseball bat — are welcome additions to the set. 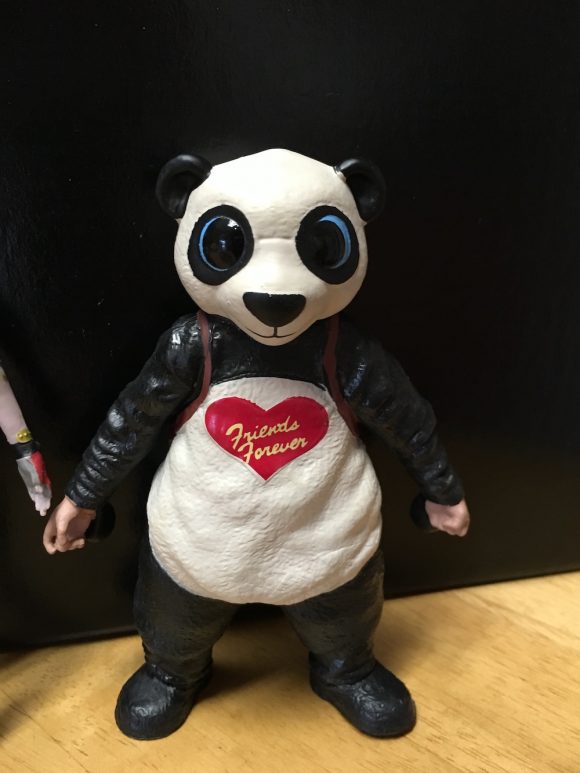 So on the whole, this is fun set. If you’re a fan of the movie — and there were a lot of you — by all means, I recommend it. If you’re not? Then your mileage may vary. Either way, it looks good.