An action figure both strangely glorious and gloriously strange.

When this figure was announced by NECA earlier this year, I didn’t really know what to make of it. A dead-on accurate representation of Michael Keaton’s Batman from the eponymous 1989 movie — all done up in blues and purples to replicate (in a fashion) how he appeared in a console game I never bothered to learn existed. 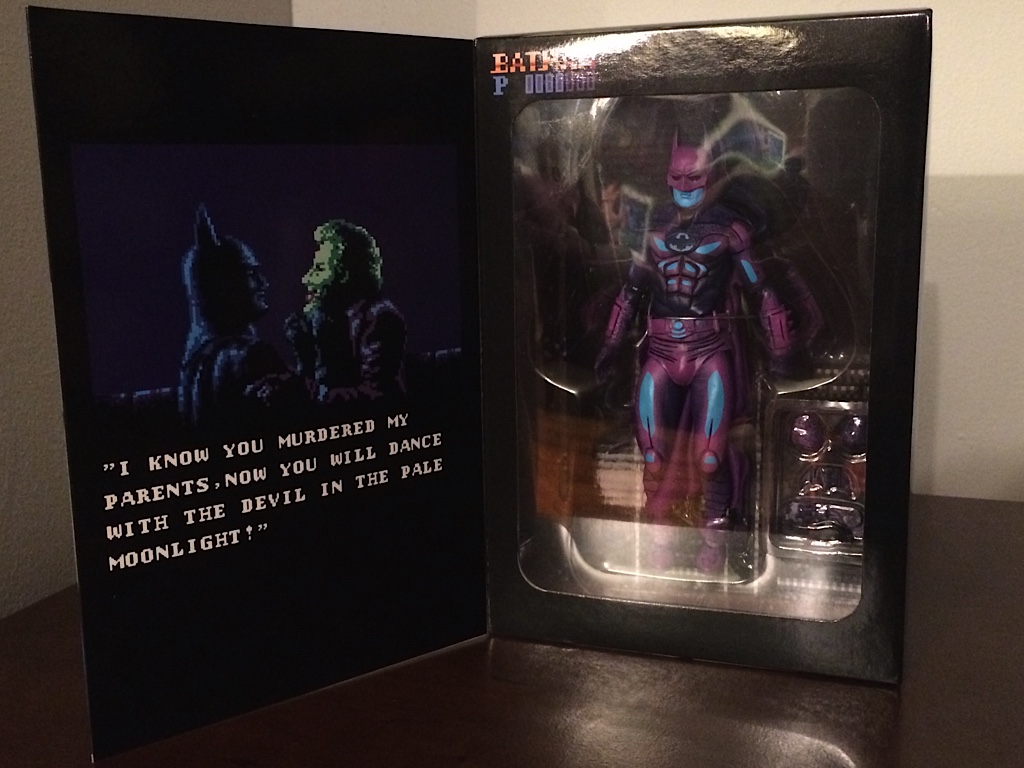 See, I was never a video-game guy. We had an arcade in the central/northern New Jersey town I lived in during my teenage years but I never saw much point in going there. My disposable dollars went to comics and dates. So I never caught the video-game bug except for a short stint on Sega in the early ’90s. (Sonic and Aladdin, if you’re curious.)

Batman? Well, Batman’s another story, as you well know.

So, again, when I saw it, I was instantly curious and oddly discomfited. I needed to see it up close. Well, it showed up at my doorstep and I pulled it from the shipping box — apprehensive.

But, Batdamn, this is one cool action figure. 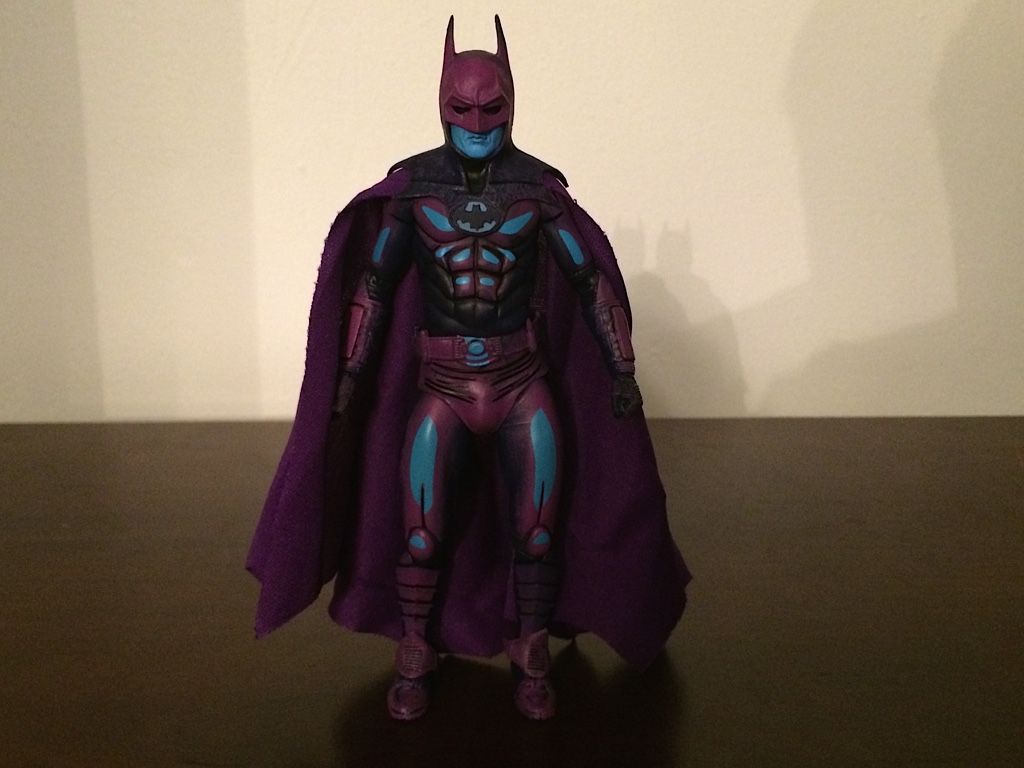 The box itself, like others in this line from NECA — which also features video-game versions of ’80s and ’90s ass-kickers like Rocky, Rambo and Predator — emulates a game cartridge package, even with faux cardboard damage on the edges. (BTW: Sunsoft developed the Batman game for Nintendo and if you wanna know what that’s all about, check out this neato story at Comics Alliance.) 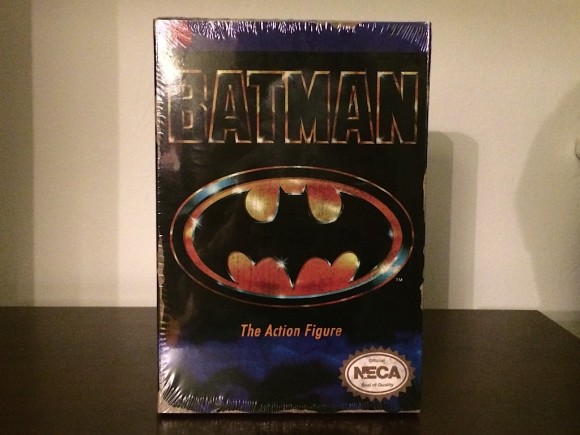 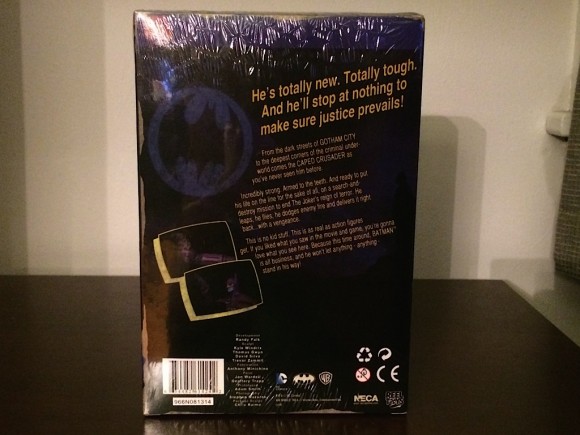 The figure, in all its lurid, late 20th century technocolors, is oddly mesmerizing. The cloth cape hangs really well, which isn’t common in figures this scale — and I’m really glad to see that. But be careful because it looks like it’ll fray easily. And some of the armor isn’t set 100 percent properly.

But the sculpt is an on-the-money, 7-inch-scale version of Keaton — who, by the way, looks better in action-figure form than Christian Bale — yet the colors make it an item altogether distinct from anything else on my shelves. 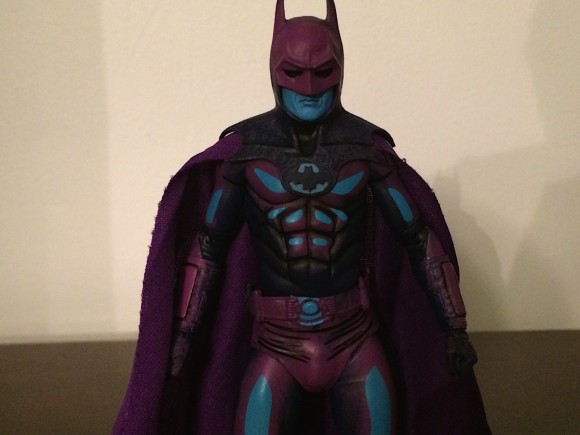