Neal Adams plays in Jack Kirby’s Fourth World and the results are over the top. 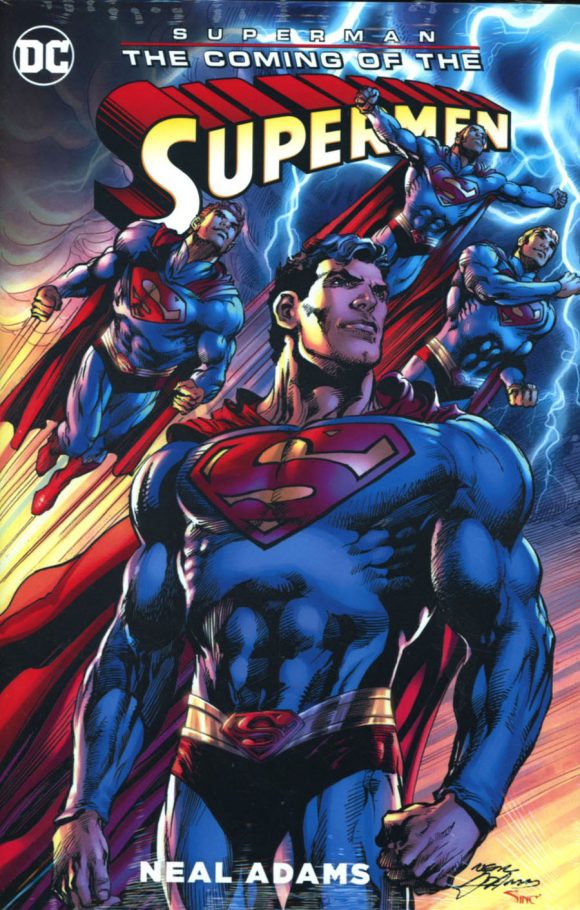 Coming of the Supermen, Neal Adams’ raucous 6-issue DC miniseries, is collected in hardcover this week. Pick it up.

The premise isn’t particularly new, with concepts DC has played with even in the last 10 years: Some surviving Kryptonians show up on Earth to help out Superman, sort of as a junior Supersquad. They’re learning the powers but Darkseid and his minions are the opposition and all hell breaks loose. Plus there’s a hidden planet on the other side of the sun in an orbit opposite ours. And Superman bleeds.

Classic old-school wackiness, in other words. 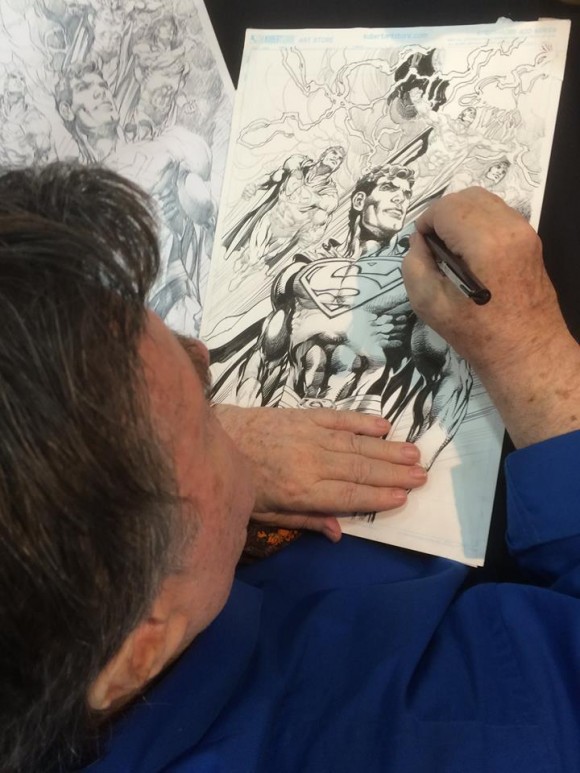 But this one’s all in the execution. Adams tells a tale that’s loads of unpretentious fun, filled with whiz-bang action and just this side of unhinged dialogue. This is big comics done big.

And it only makes sense that this story would come from an artist as bold as Neal Adams, with larger-than-life characters devised by the King, Jack Kirby. Why DC didn’t market this series as such is beyond me. 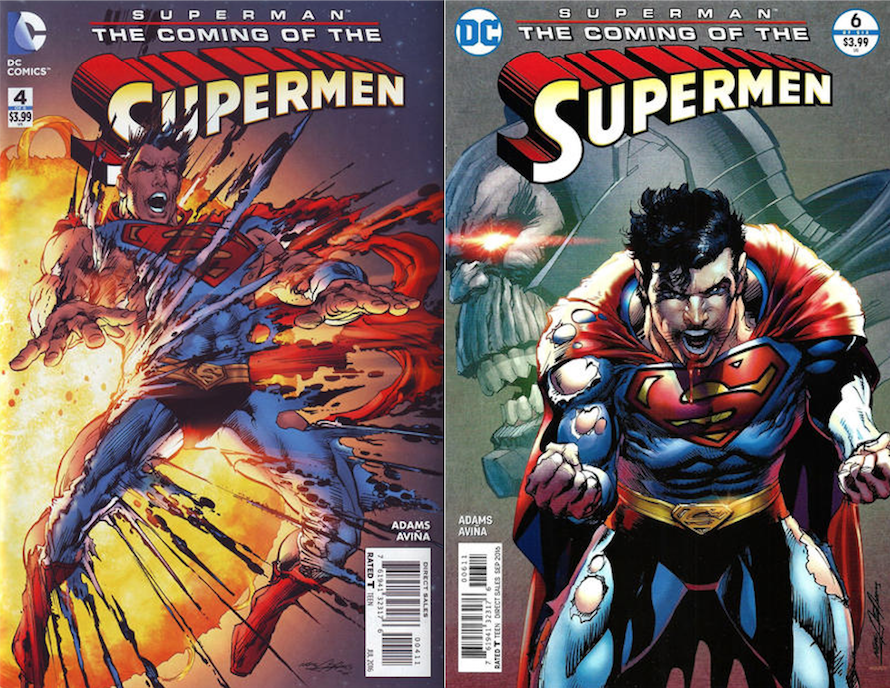 The artwork is kinetic, done up in Adams’ latter-day, looser style, with a bold color palette mostly by Tony Avina, with some issues by Alex Sinclair. (Some of the inks are by Adams’ son Josh and protege Buzz.) The characters’ emotions run high but the exaggeration works with the story’s freewheeling nature.

Now, I’m guessing that there were Adams fans who stayed away from this when it came out in issues because of the mixed response to his Batman: Odyssey series from a few years ago. The criticism of that series at times was pretty brutal. All I can tell you is that Coming of the Supermen is the opposite — a wild, free-for-all adventure that could only be told as a comic book, by the medium’s greatest living practitioner, with characters created by its most revered visionary.

BONUS: If you want Adams’ perspective on working with Kirby’s creations — and you do — click here.