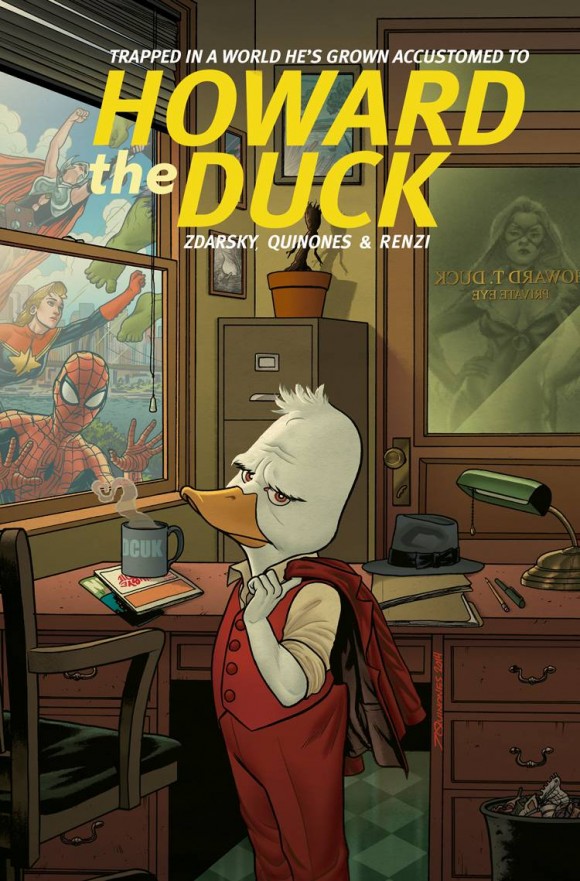 Well, you knew this was coming the second you saw the stinger at the end of Guardians of the Galaxy, didn’cha? This is one funny comic. As fans of Sex Criminals know, Chip Zdarsky has a tremendous sense of sequential comedic timing and it is on display here. The humor in Howard the Duck is more traditional than the scathing Steve Gerber satire of yesteryear so don’t expect a redo of the ’70s series, but it is still fun. The clean art by Joe Quinones nails each joke.

What surprised me most about the series is how firmly entrenched in the Marvel Universe it is. The Bronze Age Howard had a few Marvel guest spots (Dracula, Shang-Chi, Circus of Crime) but was mostly a book that existed in its own time and space. In this first issue, Howard runs afoul (get it?) of She-Hulk and her office staff and he also meets Spider-Man and the Black Cat. So we have a continuity-laden Howard the Duck book, yet it all really, really works. This book has promise and is another feather in Marvel’s cap.