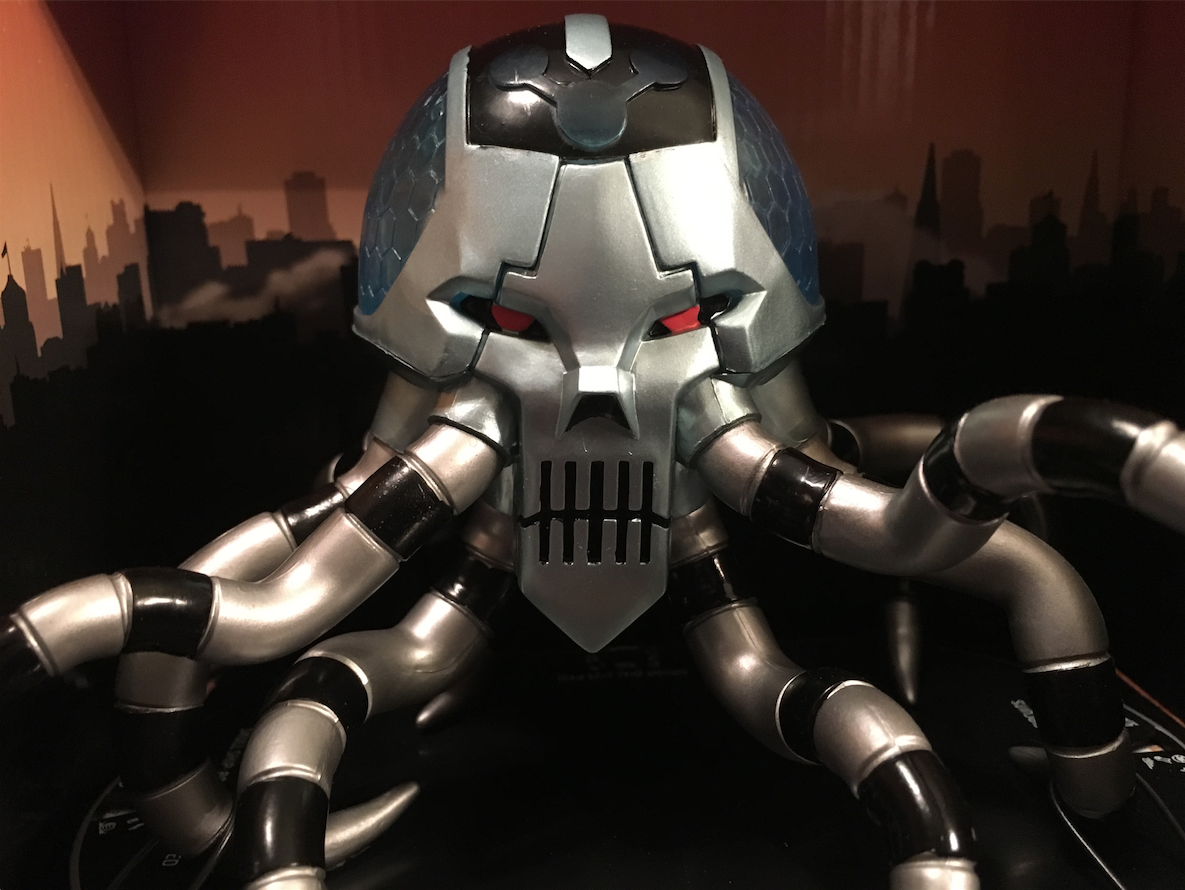 I’m neither a HeroClix player nor a Superman fanatic, but a recent item put out by WizKids wormed its way into my psyche in a surprisingly potent way: Brainiac’s skull ship.

The ship, which is designed to interact with the company’s miniature superhero game pieces, reminds me just how much I preferred the relatively short-lived ’80s Brainiac revamp, made most famous by Gil Kane’s cover here … 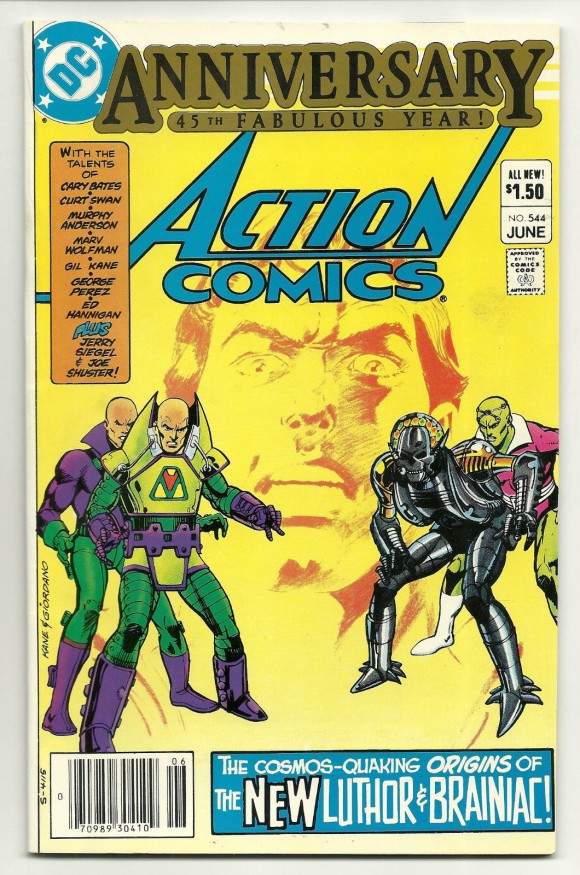 … and Alan Moore’s (and Curt Swan’s and George Perez’s) “Whatever Happened to the Man of Tomorrow?” here … 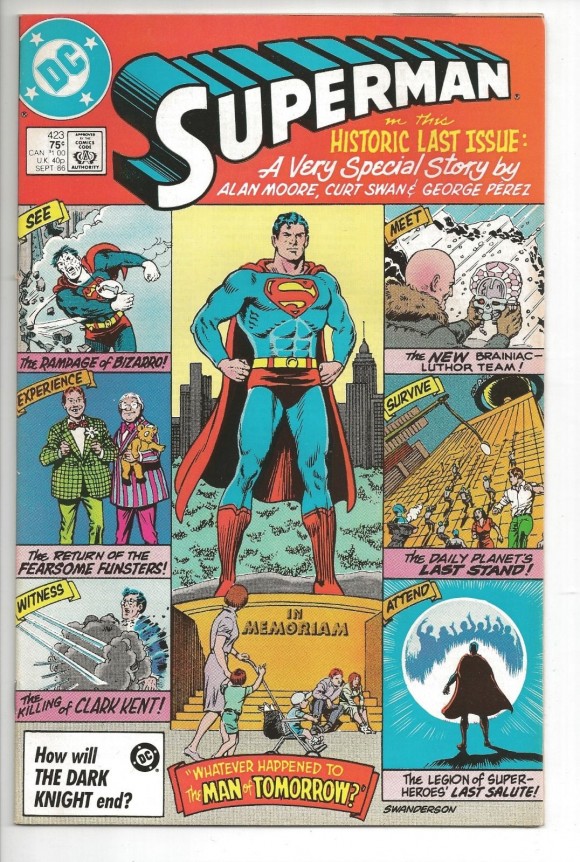 That H.R. Giger-ish design was suitably creepy and sinister enough to appear threatening to the Man of Steel. It was also timeless. Brainiac’s original, green-faced appearance and pink outfit, on the other hand, was dated within a decade. 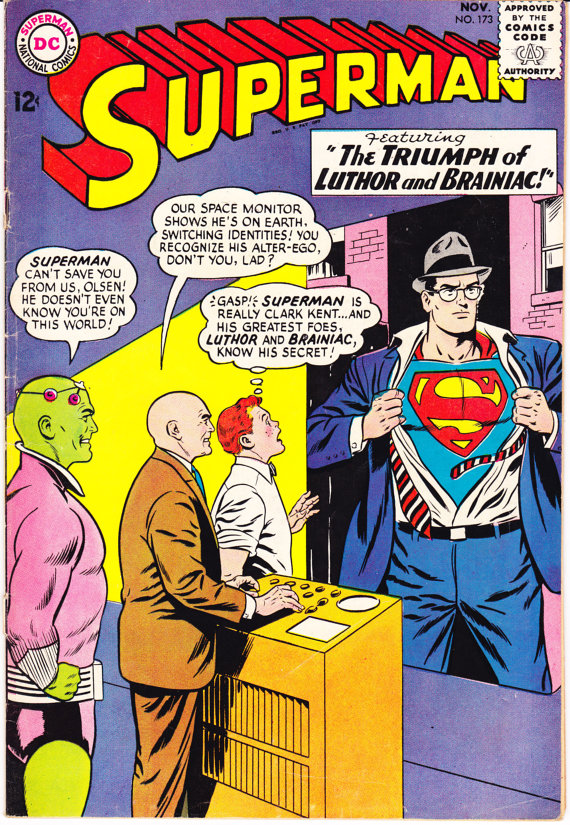 But traditions die hard and it’s the green-faced Brainiac that emerges time and again, though the skull ship and some of its design concepts have been integrated into modern versions of the evil mastermind. 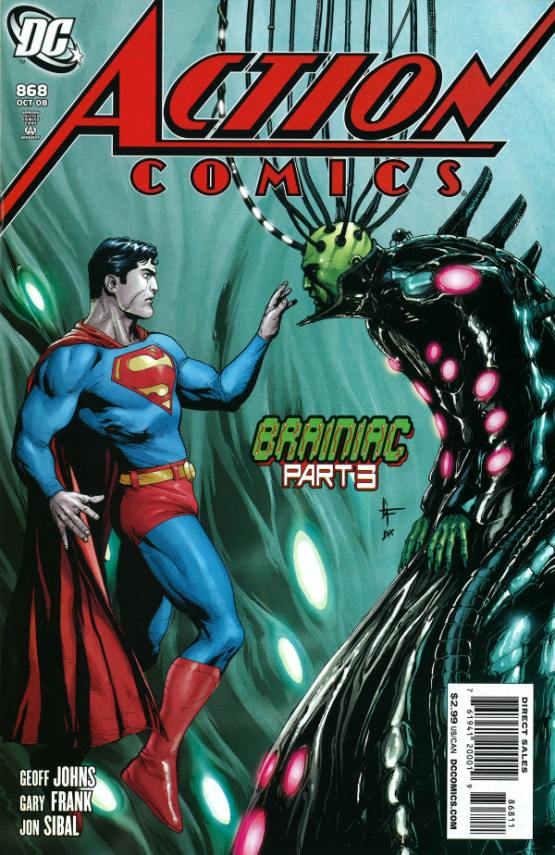 Anyway, I really dig that WizKids produced this, though it’s pretty hard to come by as I understand it. It retails for about $70 and different versions are going for different (often higher) prices on eBay. (For players, the base is a game dial, there’s an accompanying game card and there are discs that represent Brainiac drones.) 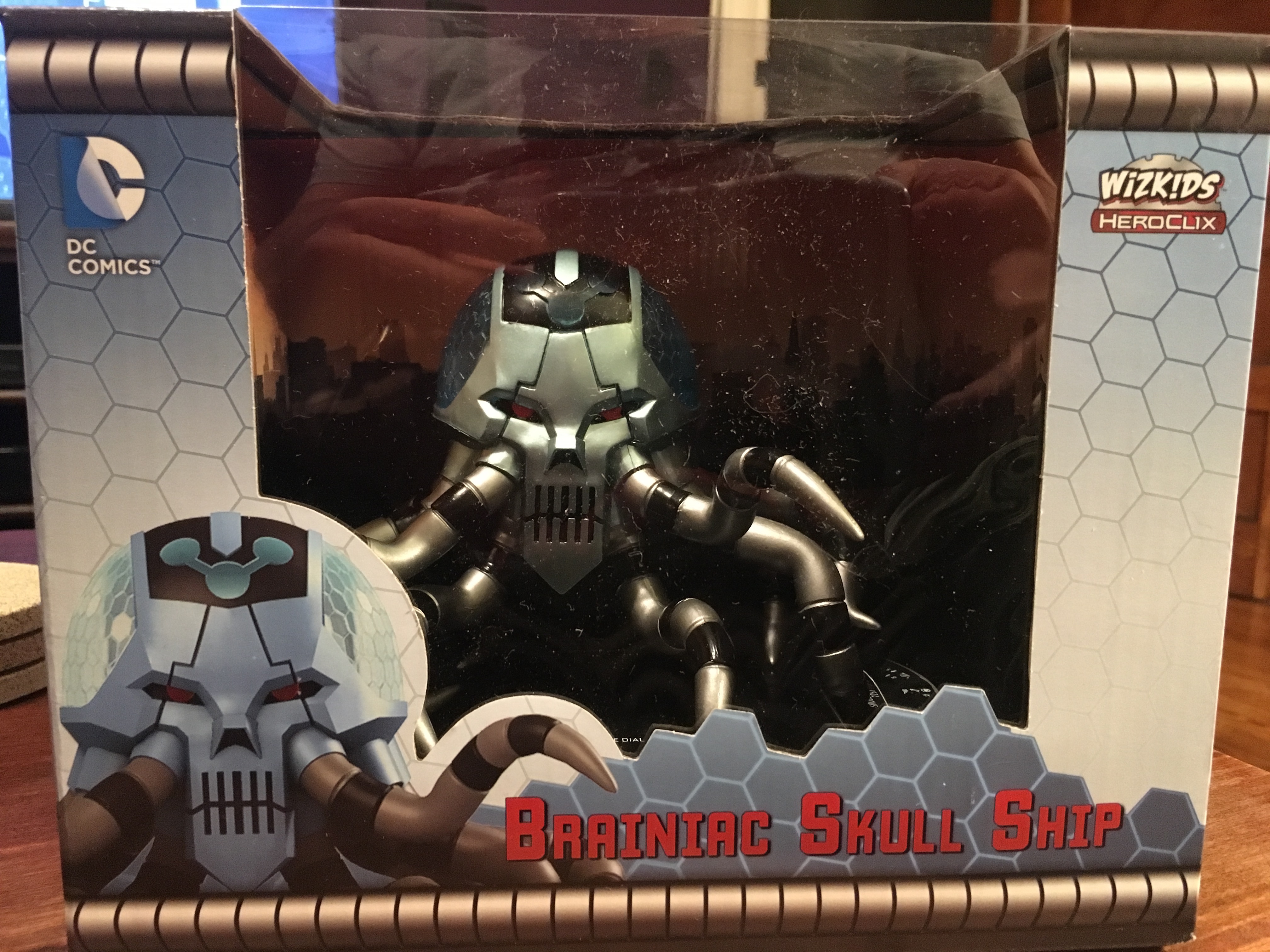 But if this is your thing, a fine thing it is.

It’s solidly built and has eye-catching detail. And though the limbs don’t move — this isn’t an action figure, it’s an oversized game piece — the sculpt gives the sense of floating movement, tentacles propelling the ship, poised to attack.

This is a mini monument to a design that proves that sometimes a character’s radical new look is the right one. 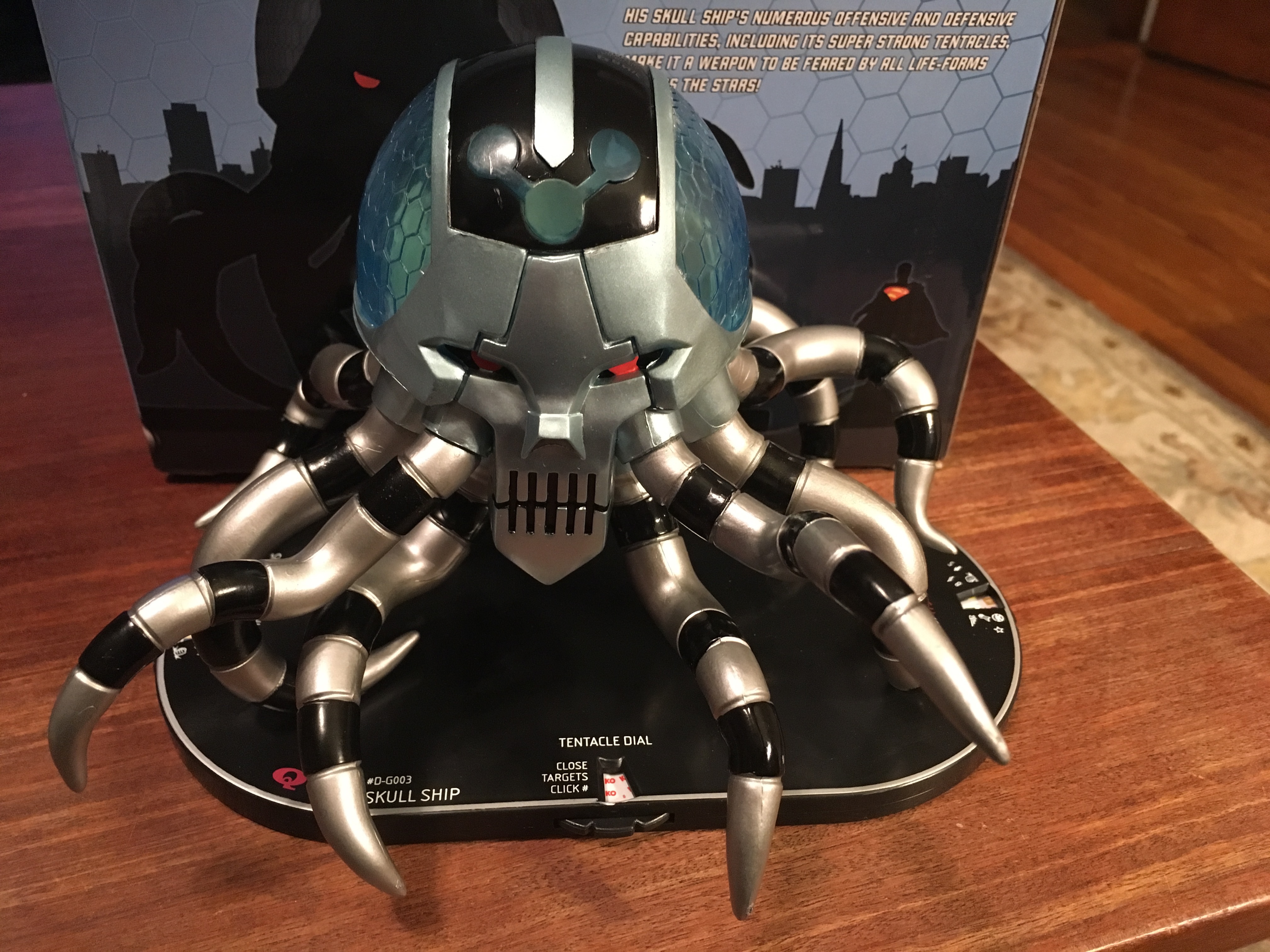 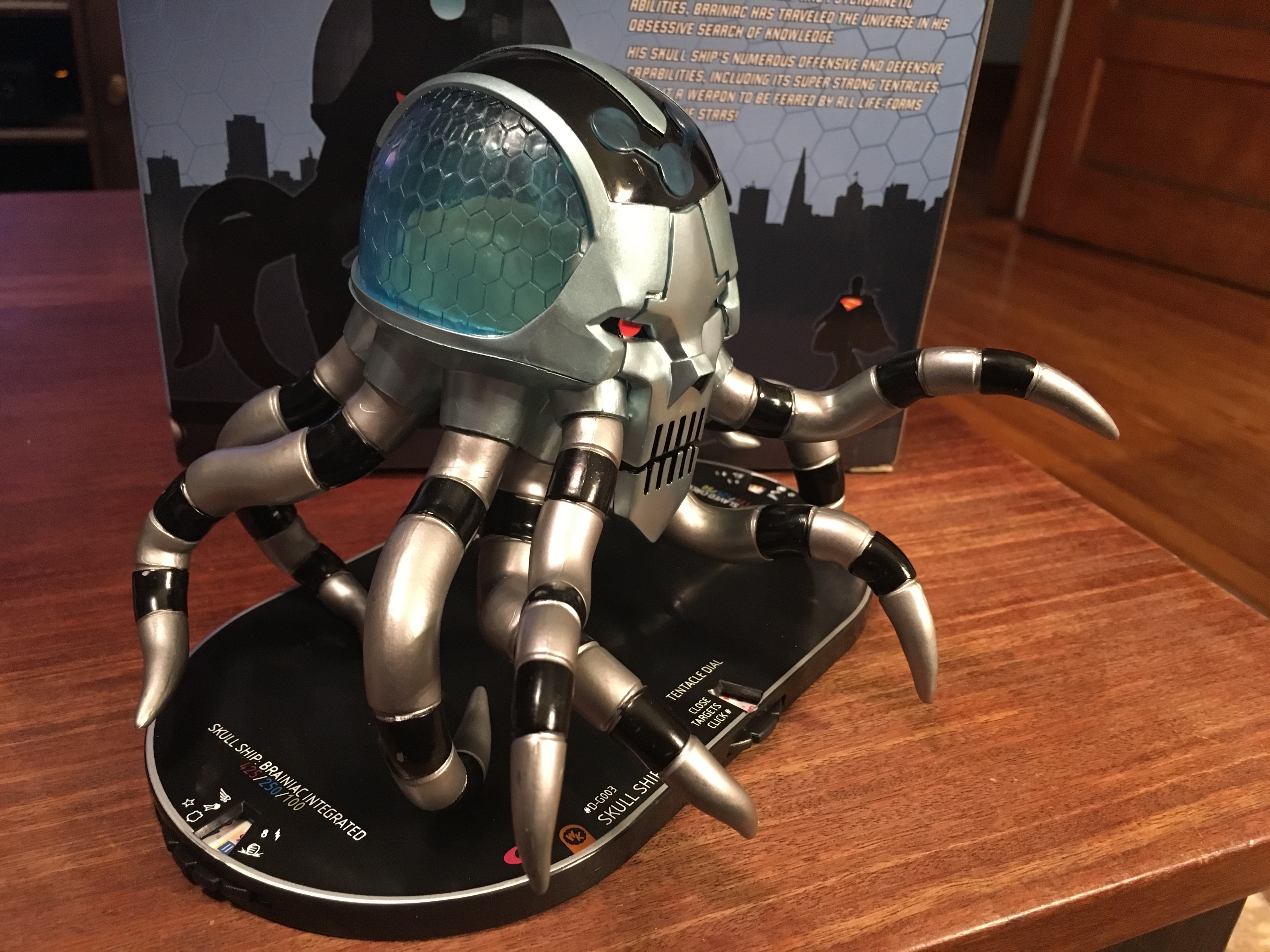