REVIEW: Diamond’s Spidey and Daredevil Give You the Team-Up You Want

Home » ACTION FIGURES & MERCH » REVIEW: Diamond’s Spidey and Daredevil Give You the Team-Up You Want

Here’s something obvious: One of the coolest things about action figures is getting to pair characters who don’t ordinarily meet.

But here’s a wrinkle: Spider-Man and Daredevil have been teaming up since Matt Murdock was still wearing yellow tights all the way back in 1964 — yet there seems to be little likelihood they’ll be together on screen any time soon, even though they’re in the same cinematic universe. 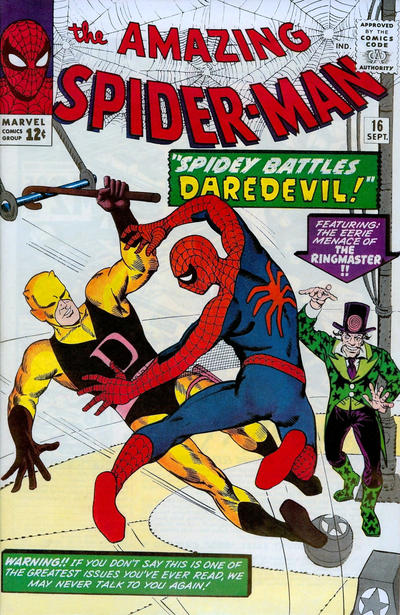 That’s what makes Diamond Select’s 7-inch-scale action figs so much fun: Charlie Cox’s Daredevil’s got his TV show and Tom Holland’s Spider-Man’s got his movies — and now you can imagine what their team-up would be like: 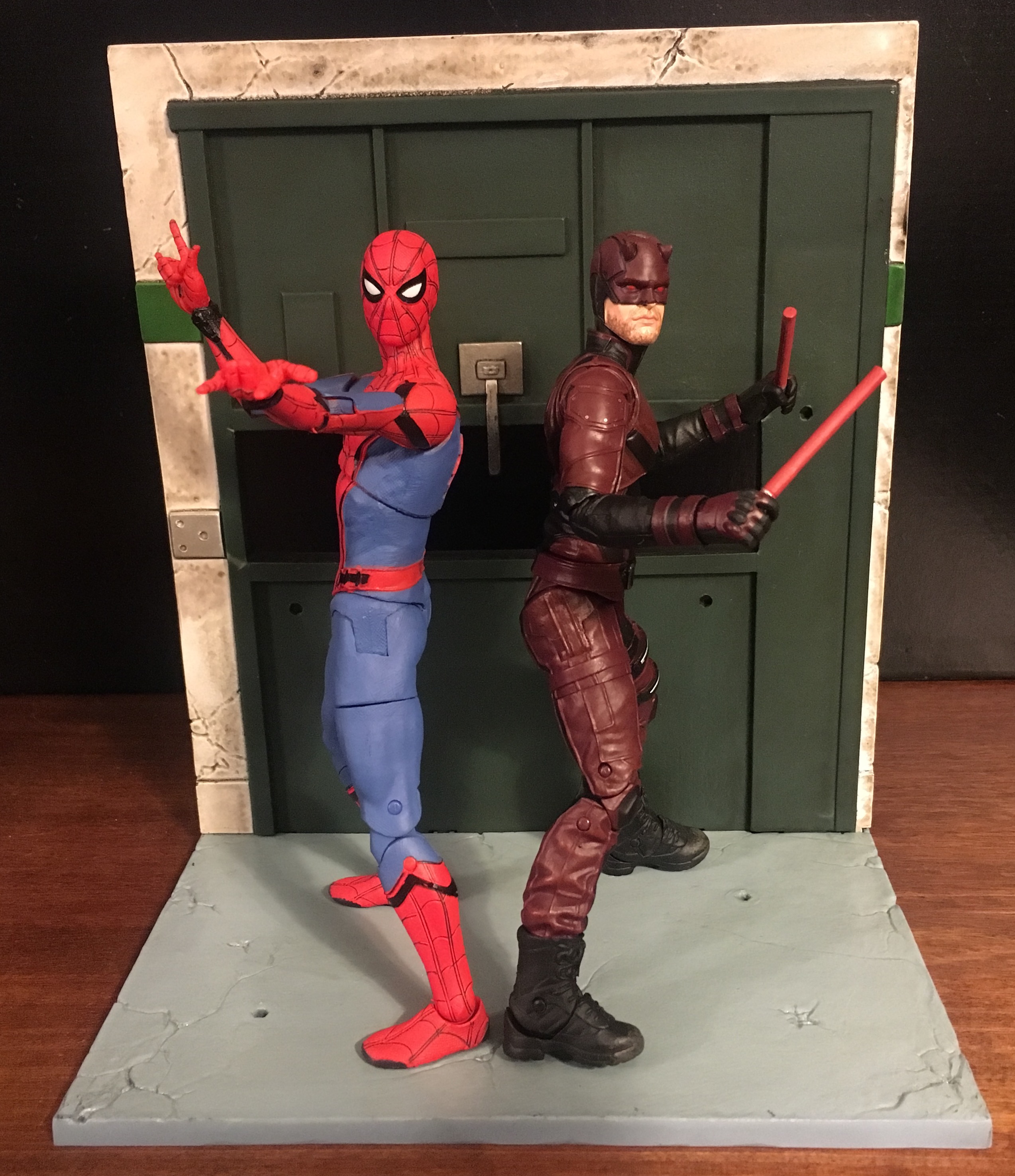 The Spidey figure comes with a series of hands — including those of the “thwip” variety — and 16 points of articulation. Like all of Diamond’s Marvel Select figs, he comes with a diorama, in this case a rooftop. 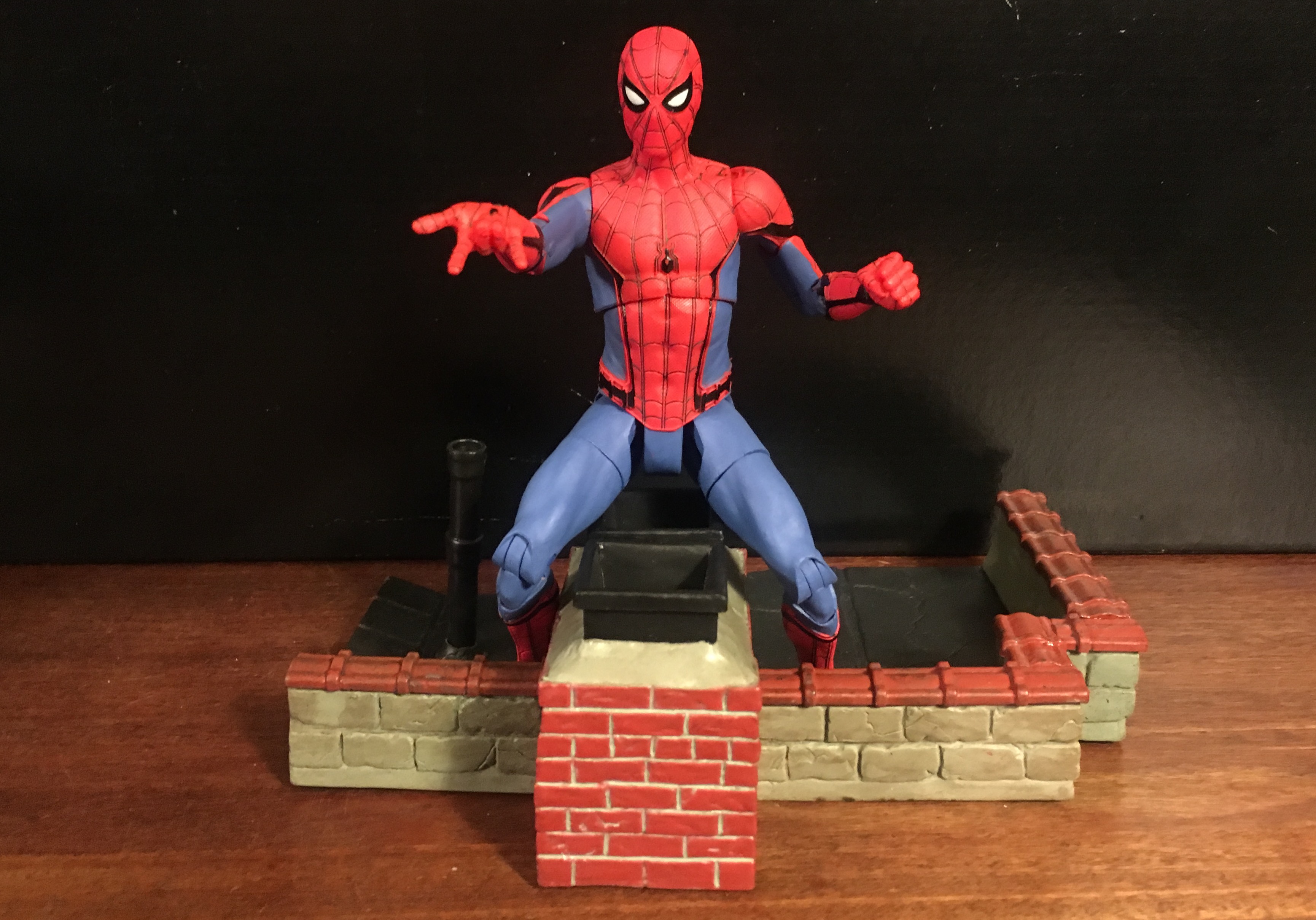 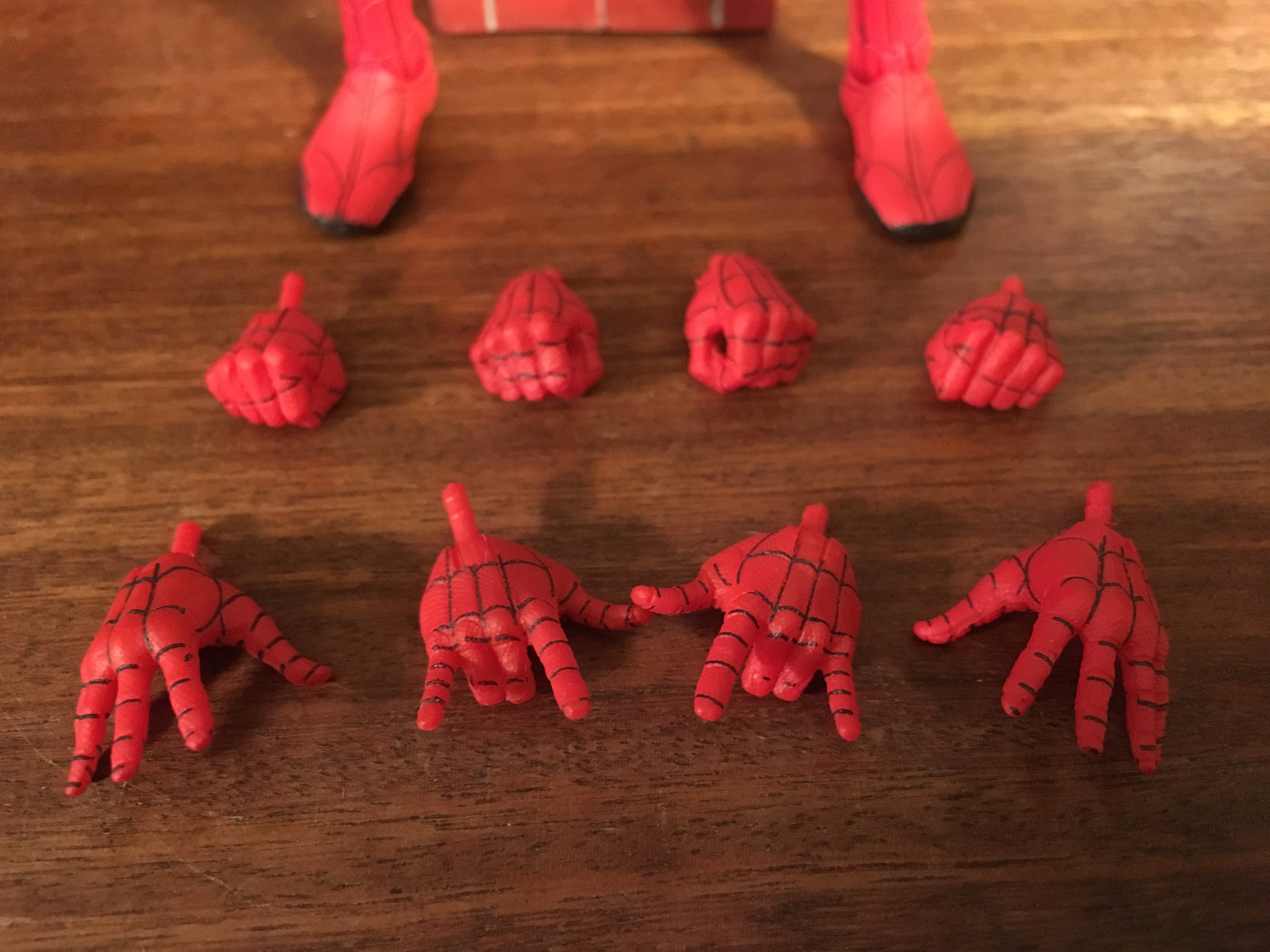 I actually prefer Daredevil’s diorama — a freight elevator door that calls to mind the show’s penchant for close-quarters brawling. In addition, the masked Murdock — who also boasts 16 points of articulation — includes a billy club that can be used in two pieces or as a single staff. (The two pieces nestle neatly in his leg holster too.) 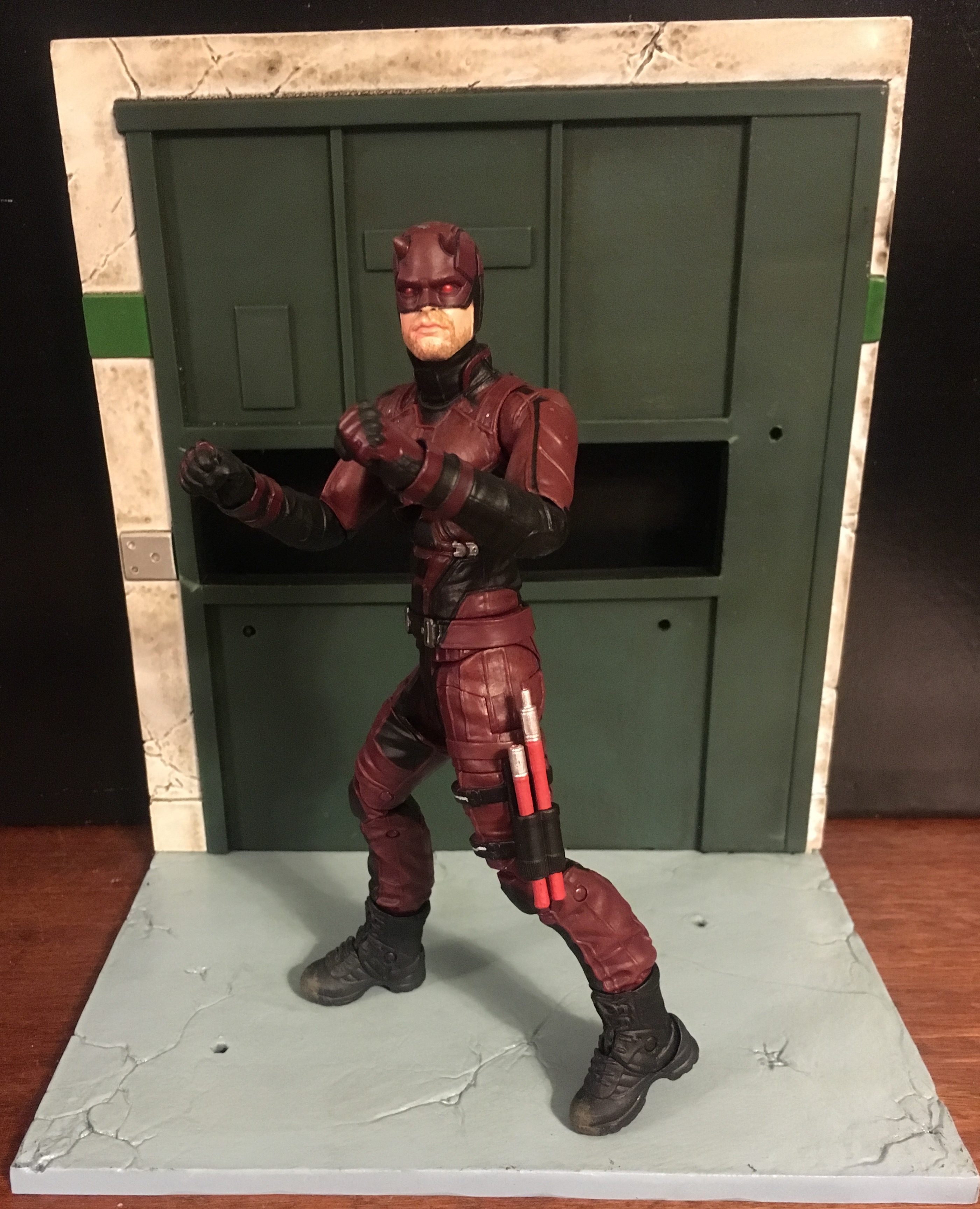 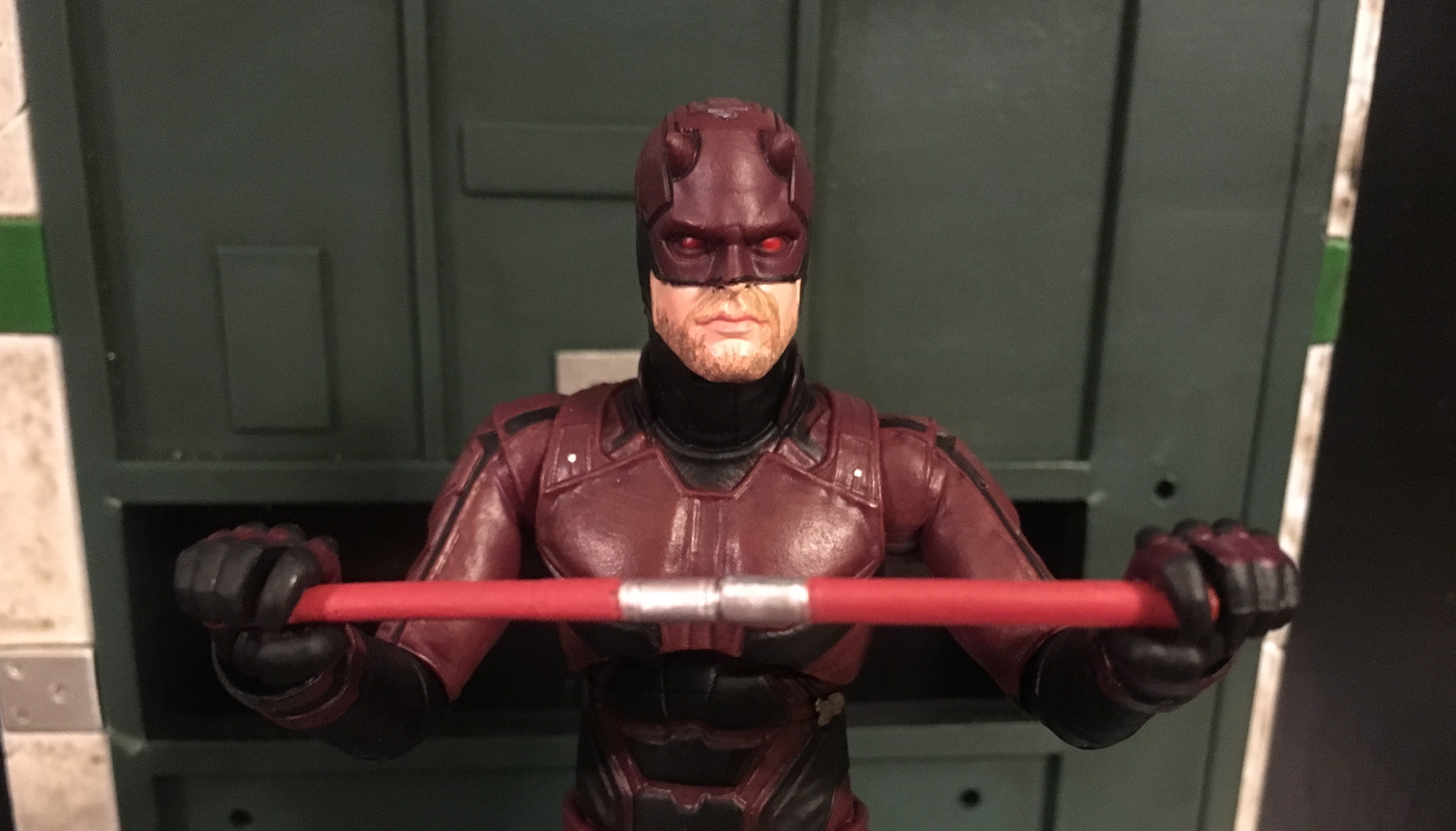 On the downside, the articulation for both figures is on the stiffer side. That helps in holding poses, sure, but it’s more of a drawback for two characters known for their rooftop acrobatics.

Daredevil’s likeness is solid but my favorite aspect of either figure is Spidey’s head. A lot of it is the Romita-esque eyes that the filmmakers have chosen for Holland’s version of the wall-crawler. But it’s also the terrific work Diamond did in capturing the look and texture of the mask — and the rest of the outfit, for that matter. 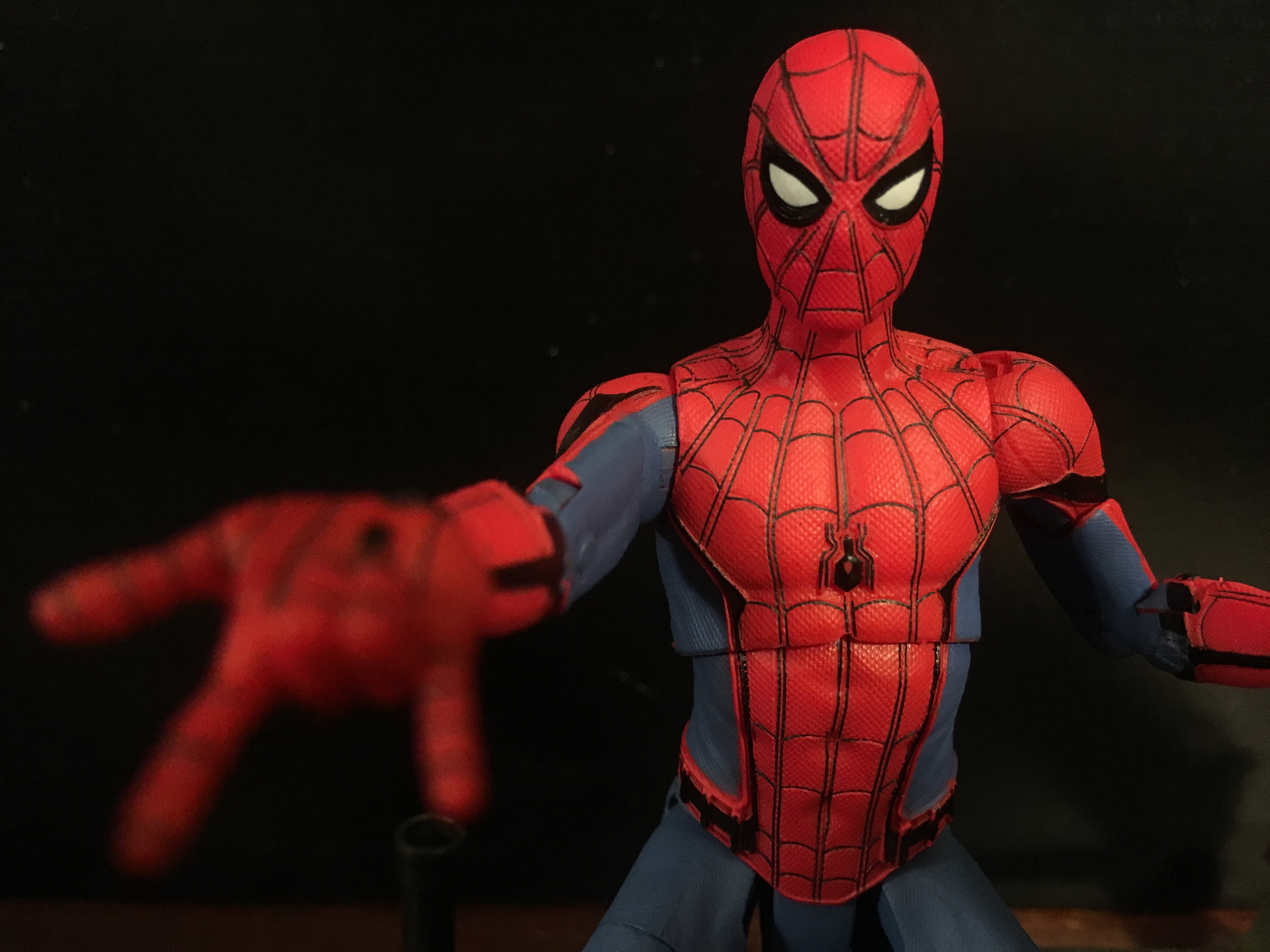 Each figure lists for about $25 and both are available now, so you can make that team-up happen anytime — while you wait for it on Netflix or at the multiplex. 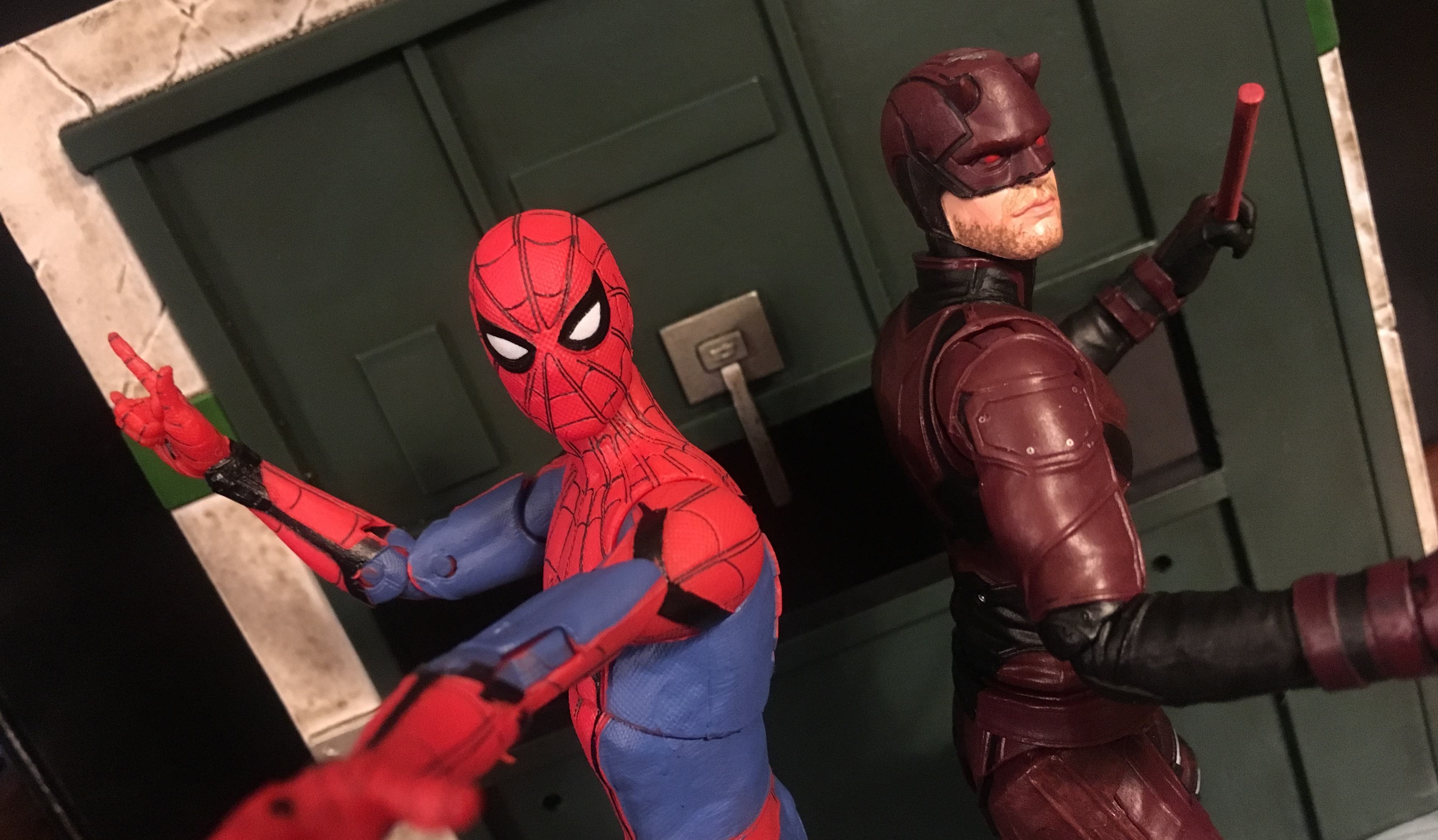