When I was little — and we’re talking around the age of 5 or 6 — I had this steamer trunk next to my bed. I think my parents kept my seasonal clothes or maybe my bedsheets in there. I’m not really sure. I don’t really remember.

What I do remember is that I used to imagine that it was a secret entrance to the Batcave. It kind of made sense: It was rustic and I didn’t have a floor-to-ceiling bookcase. And I suppose that the closet seemed too pedestrian (and cluttered). So the trunk was a stand-in.

The whole notion of having a passageway to an underground headquarters remains enormously appealing. Think about it: How often as a kid did you pore over spreads like this in your comics? 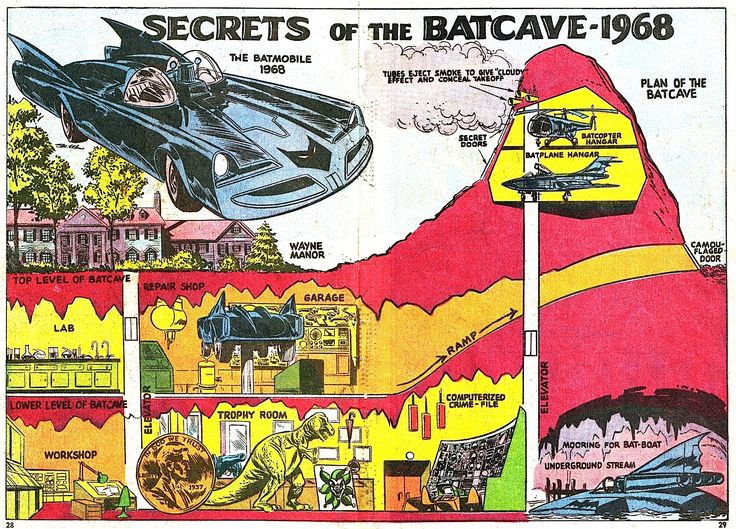 And don’t you still get a charge of electricity every time you watch an episode of Batman and Bruce or Dick open up Shakespeare’s head and flip the dial — revealing that sliding bookcase and the Batpoles.

It’s because you know that at that moment, it’s on. There’s a grand adventure to come.

And that’s precisely what Diamond Select Toys is tapping into with its Shakespeare bust replica due out — finally — 7/26. 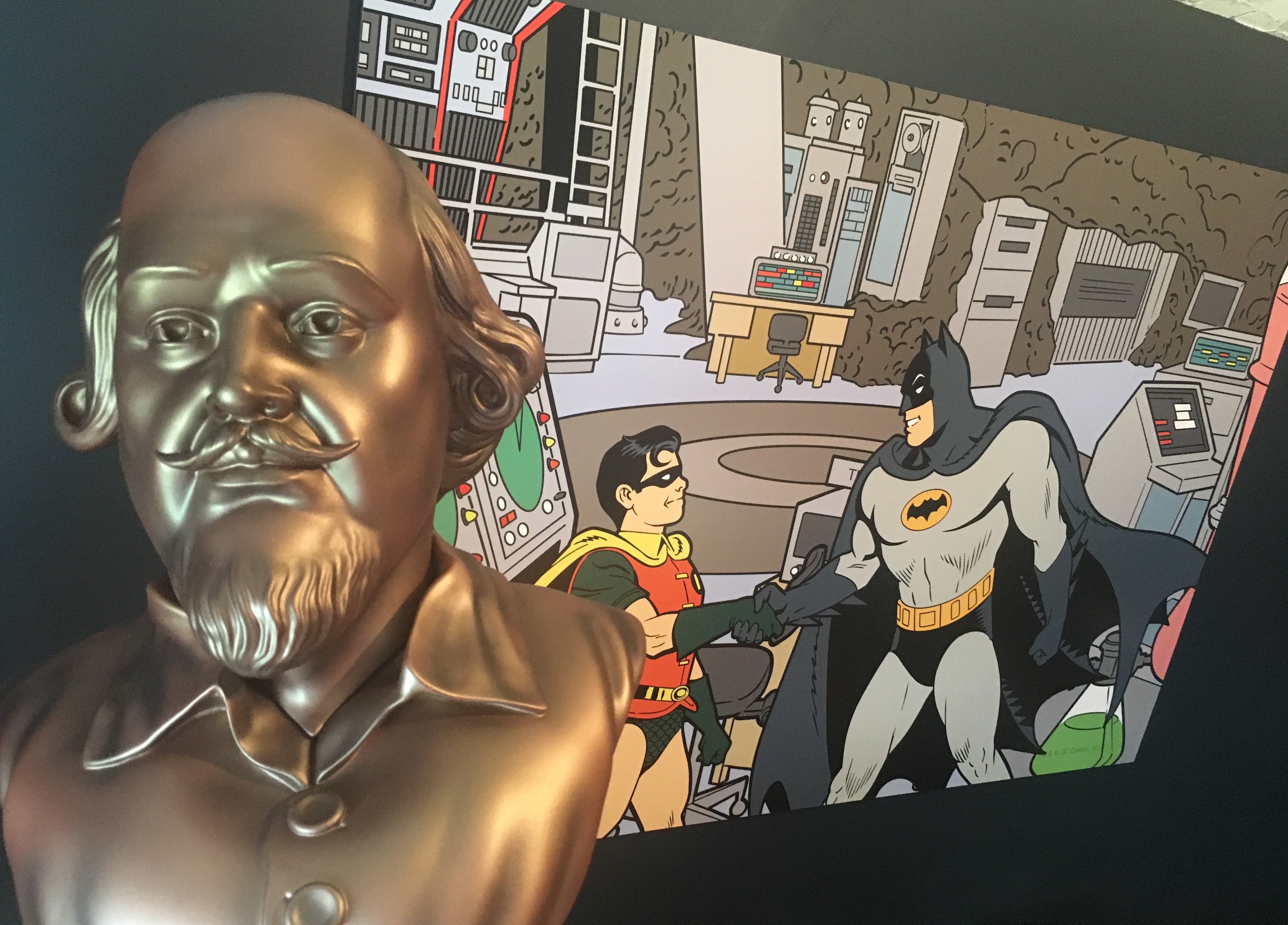 When I first stumbled upon this at Toy Fair last year, it was a record-scratch moment. This was one of those things I’d always wanted, a tangible avatar of excitement and bold exploits.

The fan reaction was swift and strong — but there would be a 17-month wait. It was interminable but it was worth it: This is a first-rate item that belongs in the collection of any Batman ’66 fan.

Sculpted by Paul Harding, the bust is actually a piggy bank made of vinyl. But the finish is so well done that it emulates the bust on the show itself. You only realize this is plastic when you touch it. 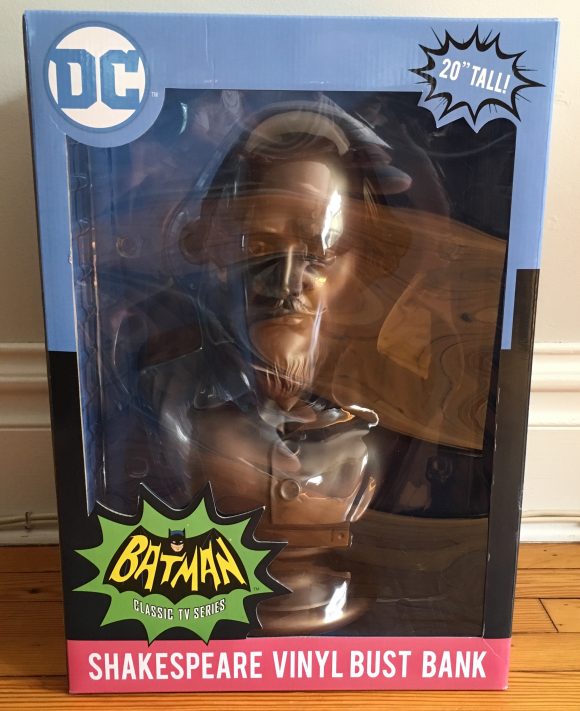 The visage is remarkable. I’ve seen heavier-duty, unlicensed Shakespeare busts before but they always seem off to me, whether it’s the color, how deeply set the eyes are or the hefty price. Diamond’s version — which lists for $85 — is more balanced, with a pleasingly accurate hue.

When you open the top, there’s a dial — and it works! — and a white button that stands in for the lightbulb in the TV show model. Farther up, toward the sturdy hinge, is the coin slot should you decide to store your millions there. When you close it, the neck fits neatly into the collar. 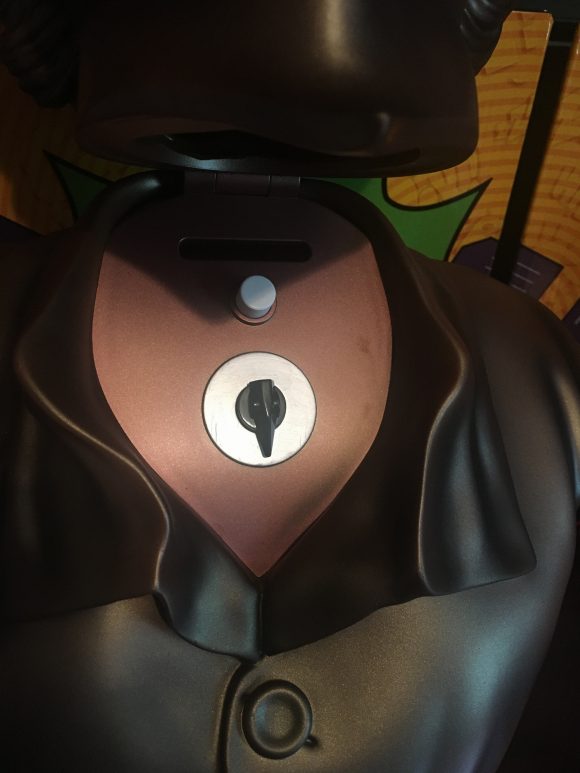 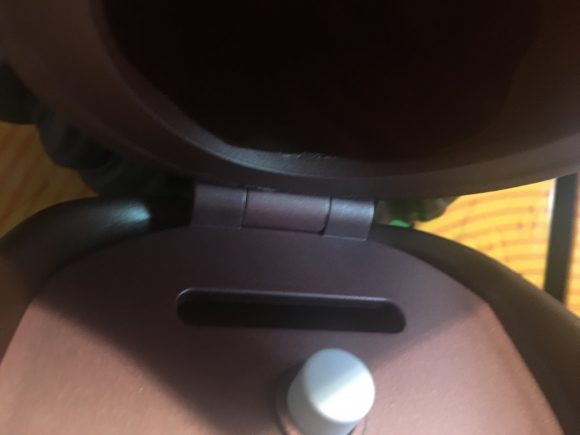 I’ve placed mine on a small chest with Diamond’s Batphone bank. I know that’s the Batmobile version of the phone, but hey, I’m taking license. 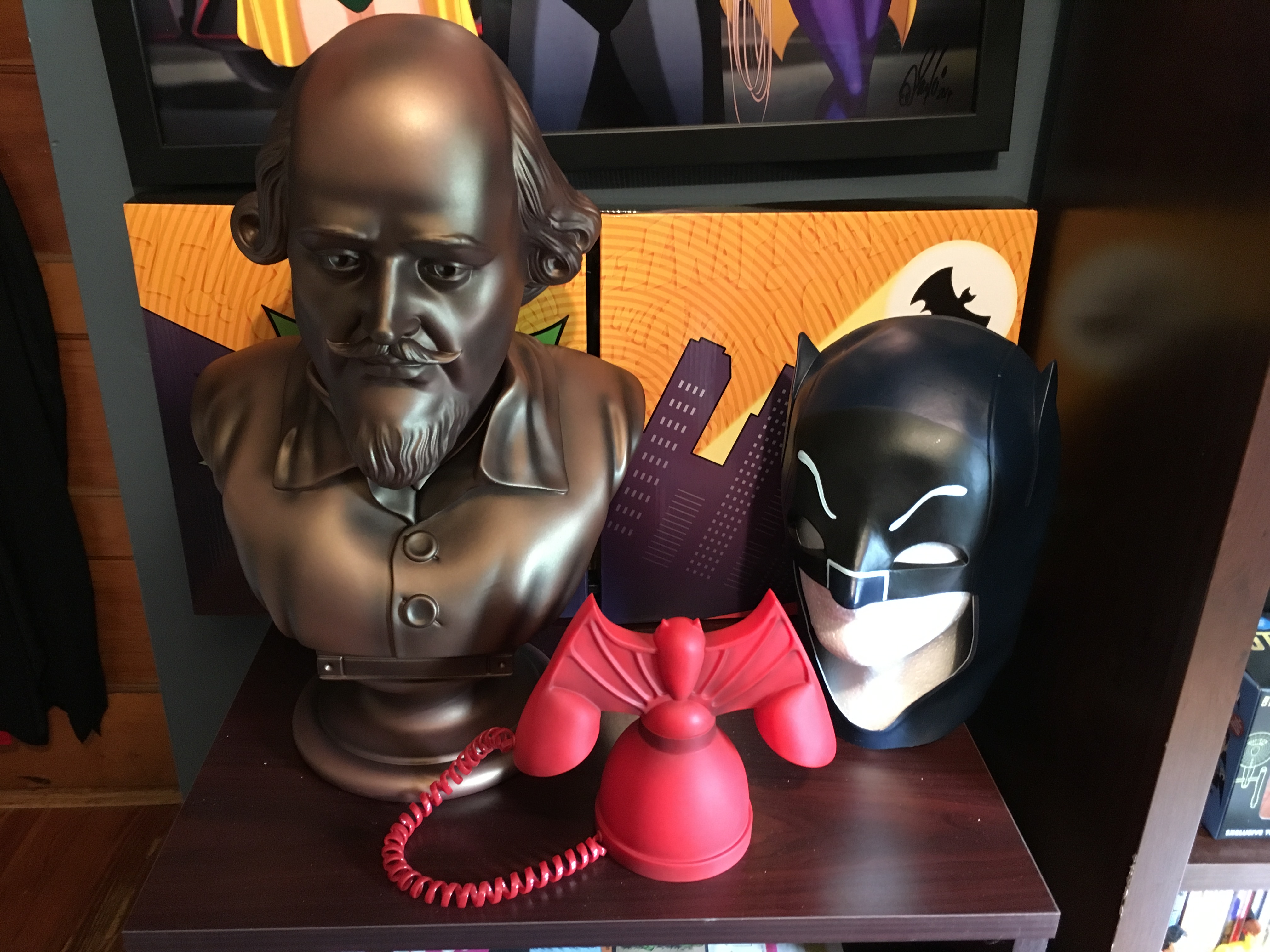 That’s an imported Japanese cowl, by the way. 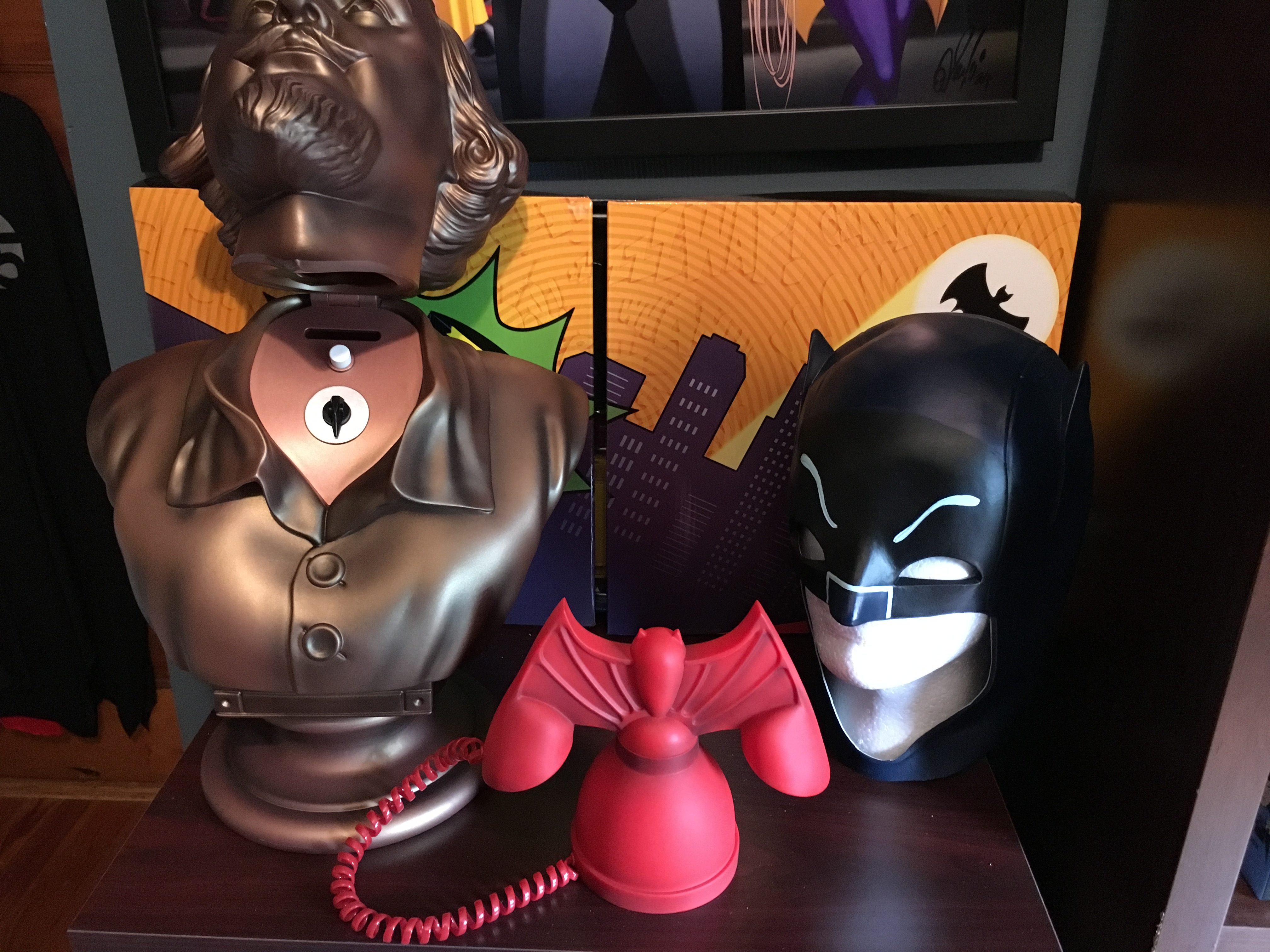 I don’t have that steamer trunk anymore. So I guess I better set about building that bookcase …