A two-fer of Batman ’66 merch is out this week…

Well, it’s been a heckuva run for Diamond Select Toys’ line of Batman ’66 resin minibusts and now we’ve got another two to add to the mix: Catwoman, as portrayed by Eartha Kitt, and Roddy McDowall’s Bookworm.

These may well be the last two of the series: All but one of the costumed characters in the master license — Cliff Robertson’s Shame — have been produced to date. Time will tell whether DST goes back to the Bat-well for more of these, but none have been solicited, as of now. (We still have the Shakespeare bust and Robin statue to look forward to, and perhaps more statues, too.)

With that in mind, let’s take a look at these fine additions, which like all the others, list for about $60: 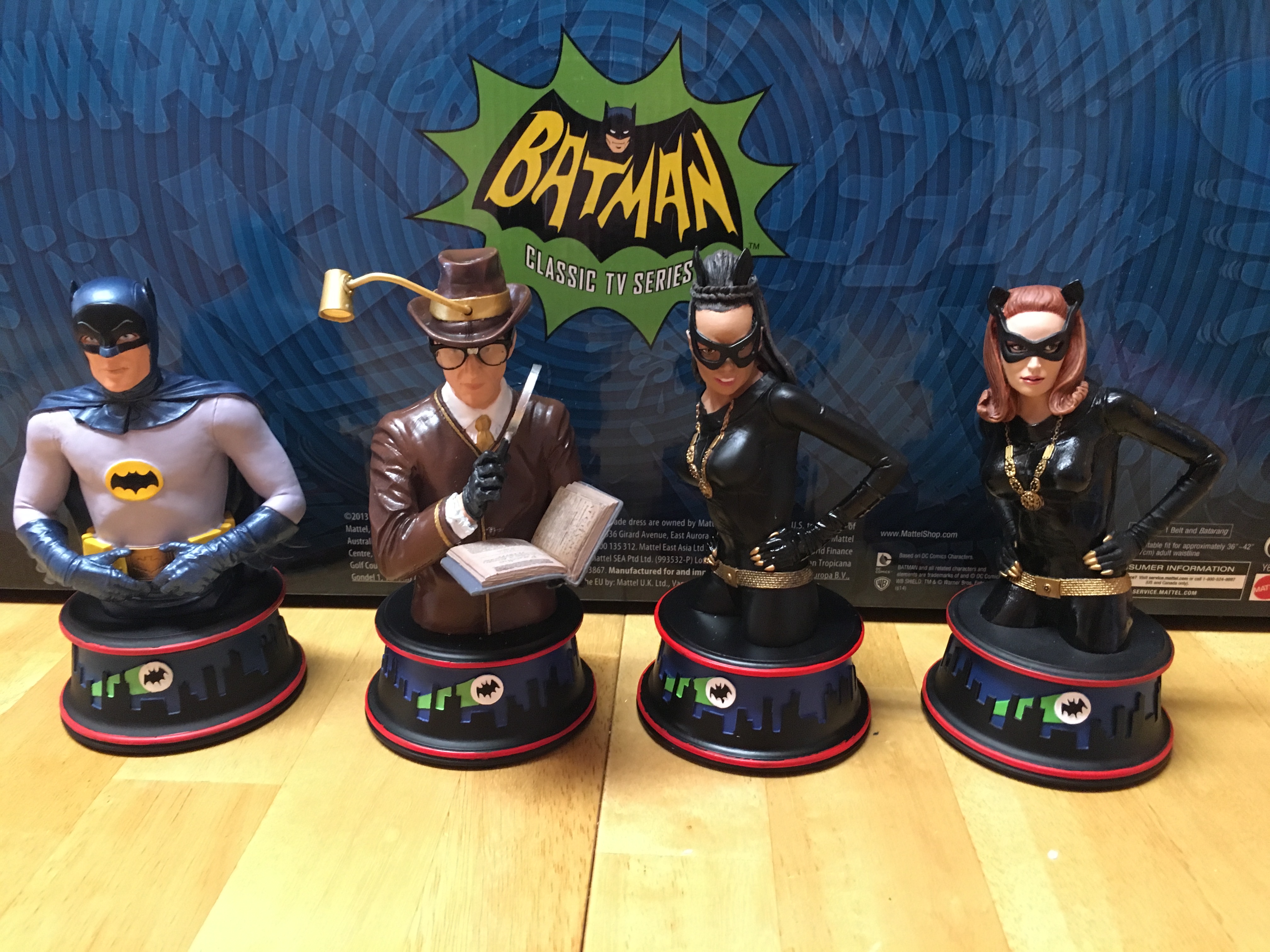 I’ve noted this elsewhere, but I’m not a huge Bookworm fan and I never have been. Nevertheless, taking this on its own merits, designer Barry Bradfield and sculptor Jean St. Jean have nailed this one. 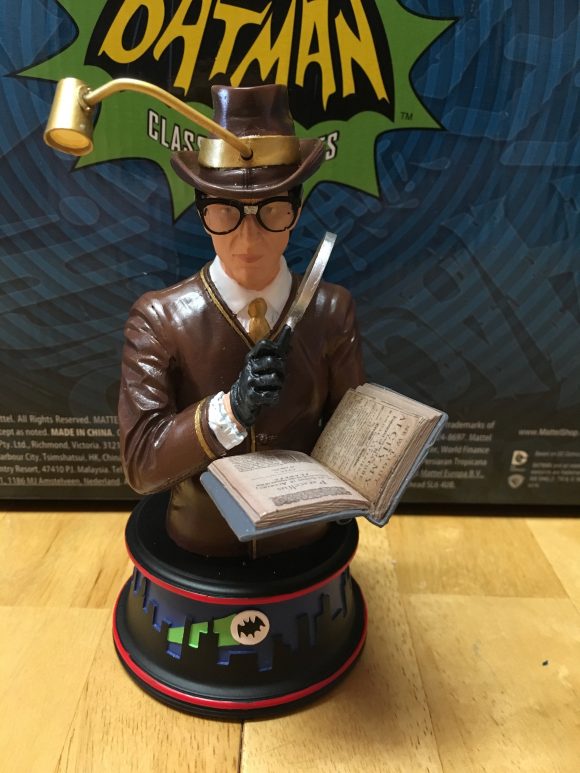 He looks like McDowall underneath those finely crafted specs and “leather” fedora with its fine stitching. I also like his devious posture, complete with magnifying glass and aged text.

If you’re a Bookworm aficionado like Batcave Podcast host John S. Drew, this is a must-get. For me, it’s a matter of completism. But that’s not the bust’s fault because this one’s primo. I would definitely put it in the top half of the Diamond series. 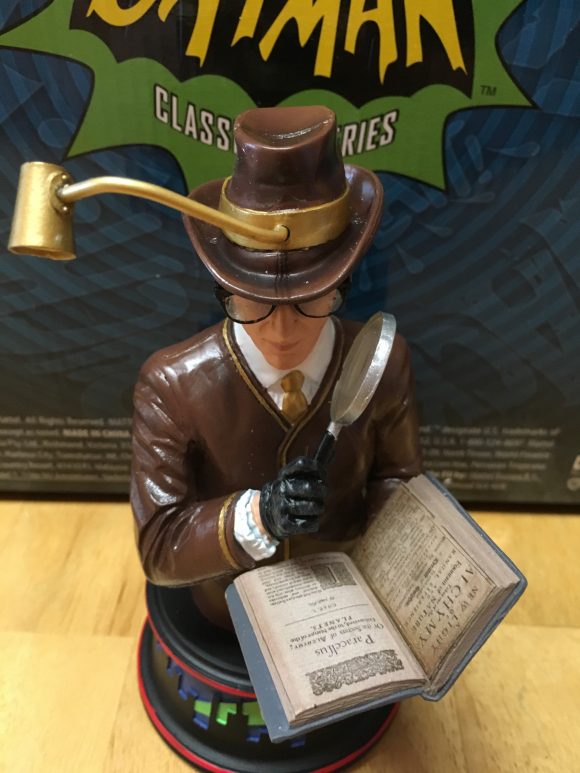 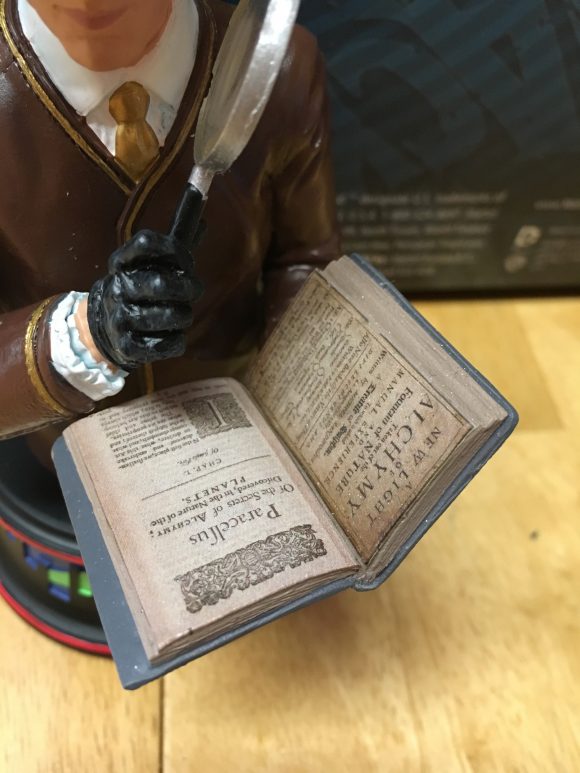 On the other hand, this one’s special. 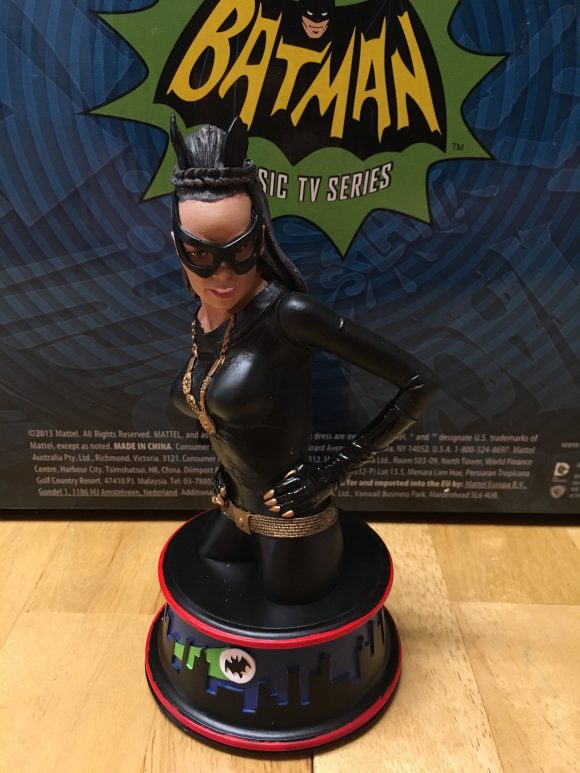 In part because of Julie Newmar’s enormous popularity as Catwoman, Eartha Kitt, who took on the role in Season 3, hasn’t been seen much in this modern Golden Age of Batman ’66 merchandise: Of all the officially licensed Batswag, only a HeroClix miniature has been released to date.

Now we have this supurrrrb mini-bust with its startlingly evocative image of the late Miss Kitt. 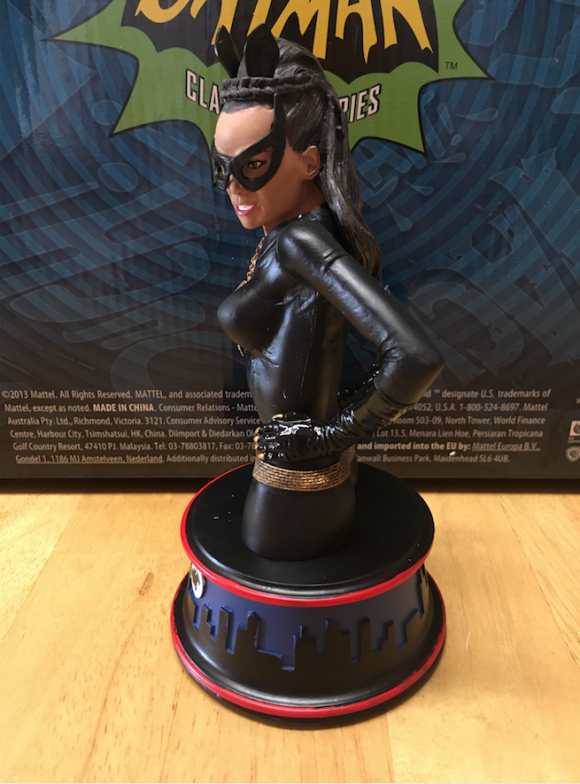 Notice the delicate braiding of her hair and the style of Catmask that only she used. Diamond used the same body as Newmar’s minibust but they integrated the head and neck seamlessly into the torso so she feels unique. 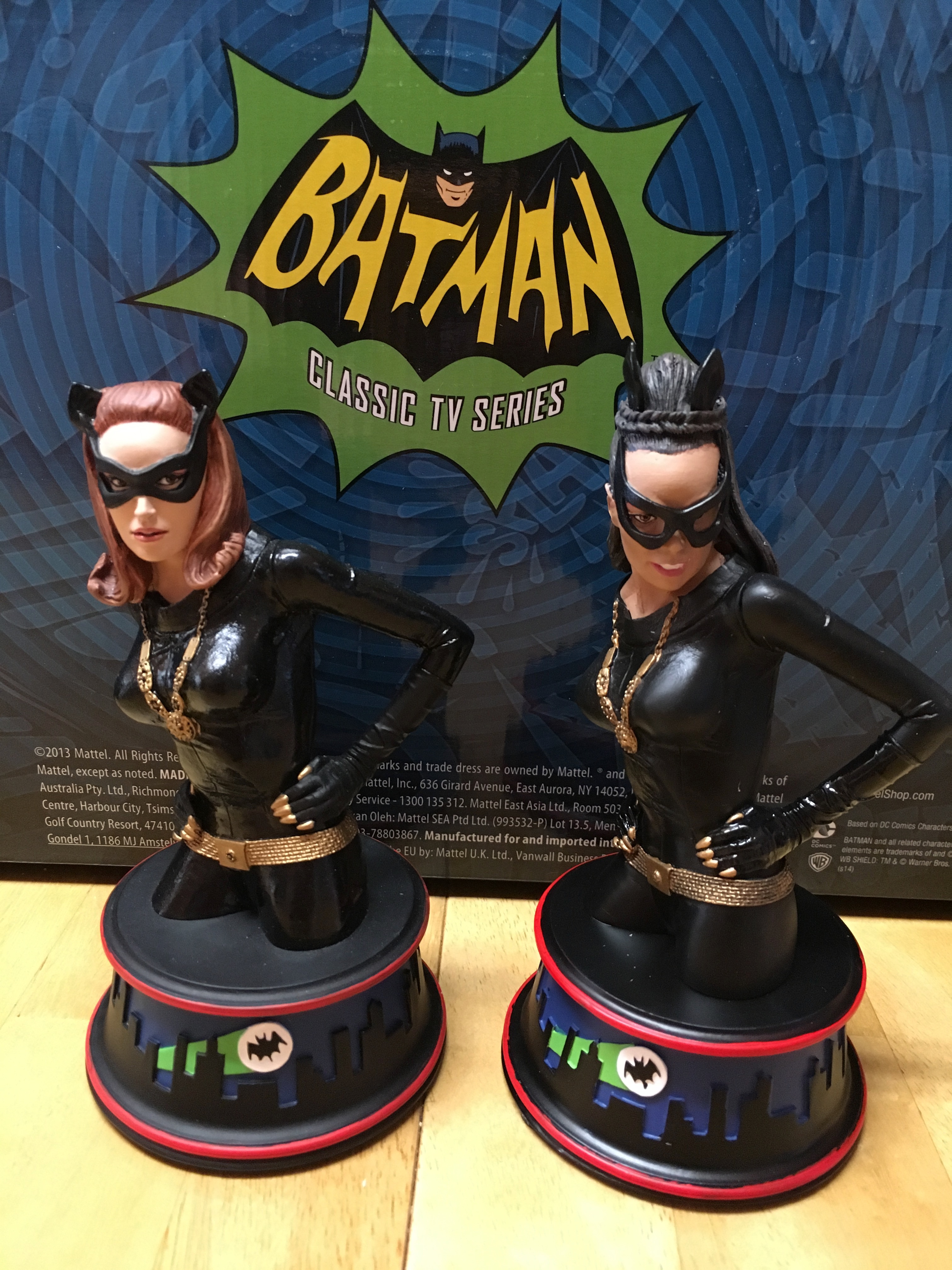 Great, great work and one of my favorites of the line. If this is the last Batman ’66 mini-bust we see — and I’m still rooting for more — Diamond is going out on top.