Riddle me this: What two DC Collectibles figures are the cat’s meow?

I’ve always preferred The New Batman Adventures designs to the original Batman: The Animated Series versions. There’s something moodier about them, something more visually appealing. Not all of the characters, but most.

Naturally, then, I was drawn to DC Collectibles’ new TNBA Catwoman like a cat to catnip. And not just that, she’s got another of the Big Four villains in tow: the Riddler. 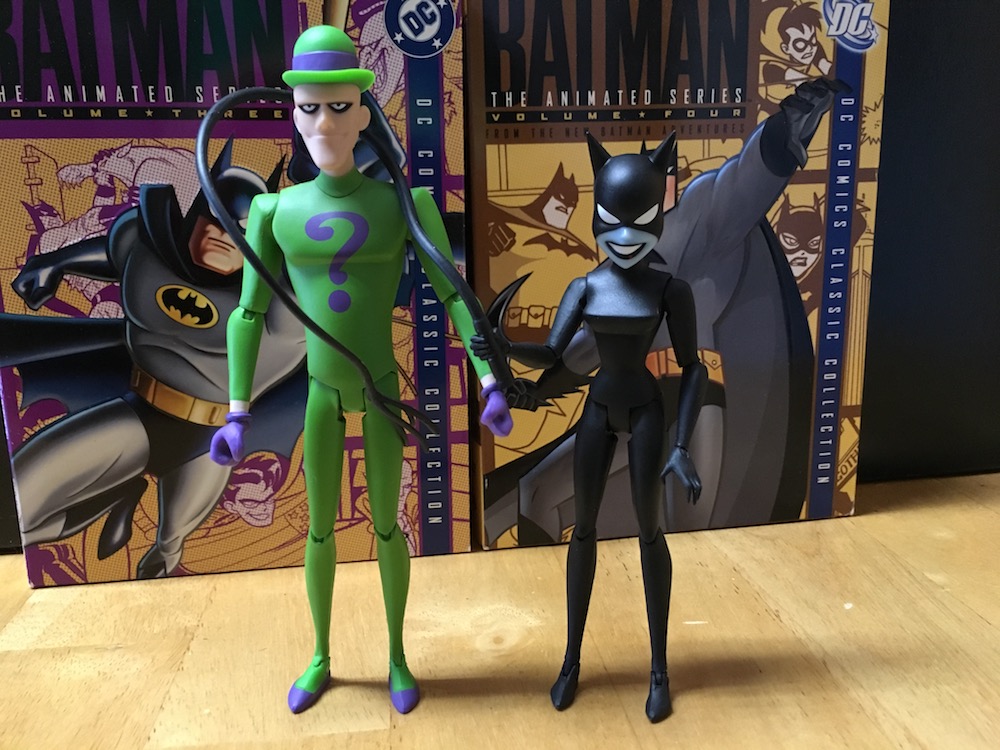 Here’s how they translate from screen to 3D, articulated plastic:

As I noted, this is a great design. It’s not just that TNBA Catwoman is all in black — which should be her default color unless she’s running around in a purple-and-green dress — it’s that she exudes attitude. And that attitude works particularly well with this figure. 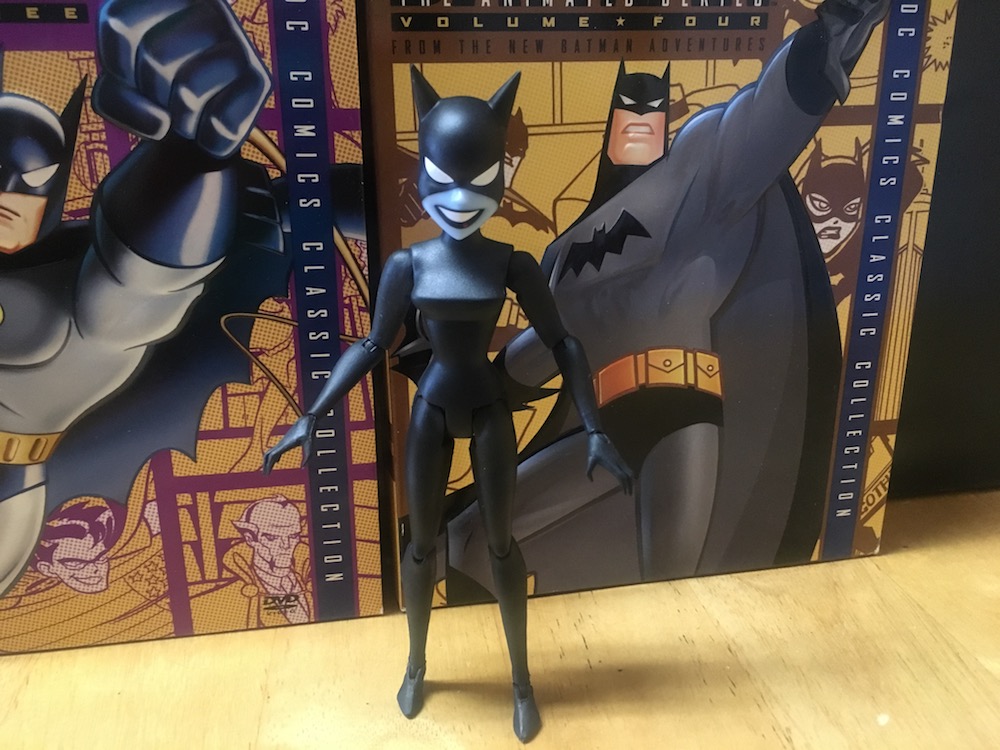 Start with her face. Selina digs being Catwoman. It’s fun. Rather than go with a straightforward, resting-face look, DC Collectibles wisely opted to play off that. (I’ve never understood the pallid, blue complexion, though.) 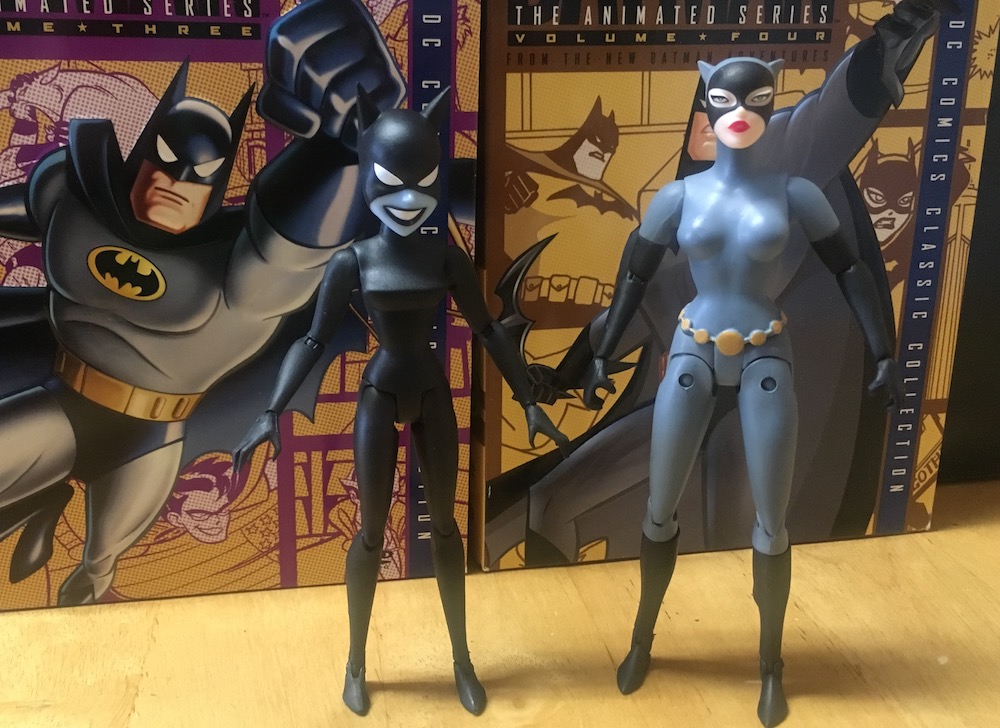 Like all of DC Collectibles’ 6-inch-scale animated figures, she’s highly articulated. As I’ve written elsewhere, it can be tough to capture a woman’s form in an action figure, especially when her “outfit” is skin-tight. The higher the level of articulation, the greater the potential for awkward sculpts. But Timm’s design is angular in itself — to the substantial benefit of this figure: 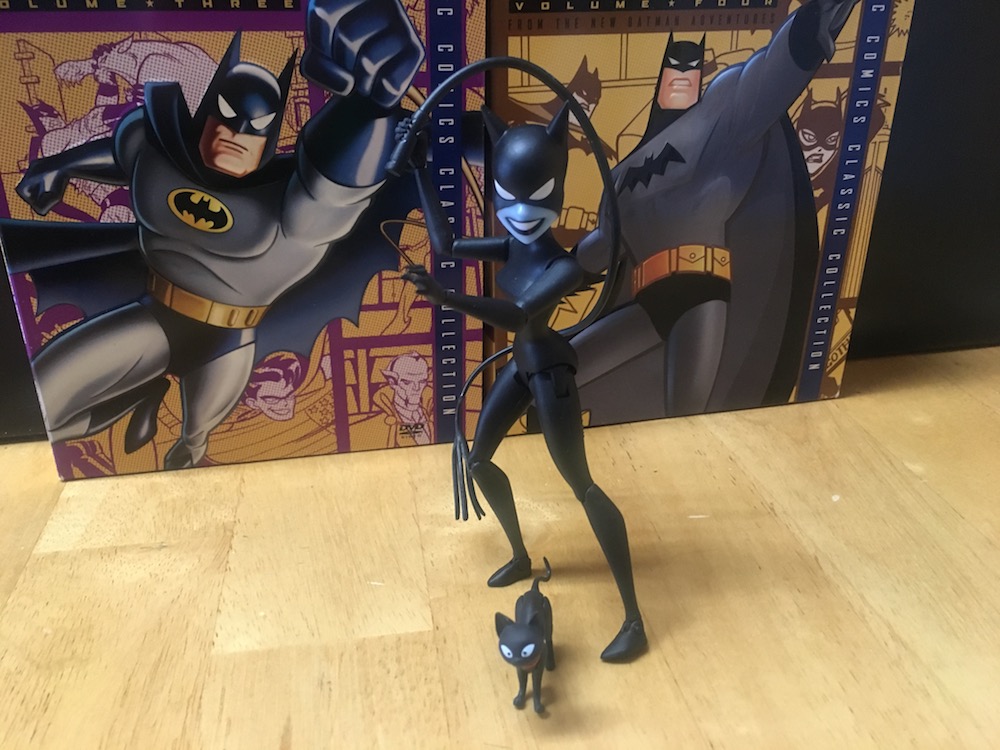 Catwoman comes comes with not only her signature whip and extra sets of hands, she’s accompanied by an articulated feline friend.

OK, which Riddler do you prefer? I’m talking general terms: Jumpsuit or suit and tie? Me, I learn toward jumpsuit, with the bowler-hat ensemble as an occasional change of pace, sort of how it was on Batman ’66 (big surprise there).

With the TNBA Riddler, you get both. Sort of. 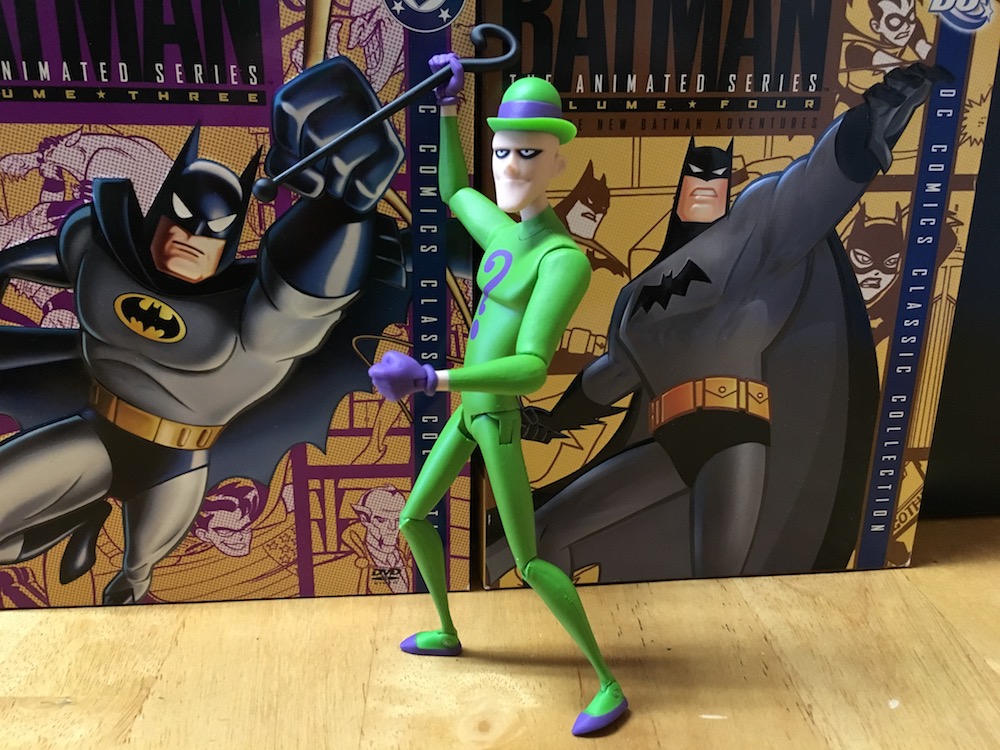 And after all these years, I’m still not 100 percent sure how I feel about this design. I do like it better than the BTAS version, but there’s still something off about it. Maybe it’s because the jumpsuit is just a little too plain. Either way, I’ve long been disappointed that the Riddler was pretty much sidelined during the TNBA run. 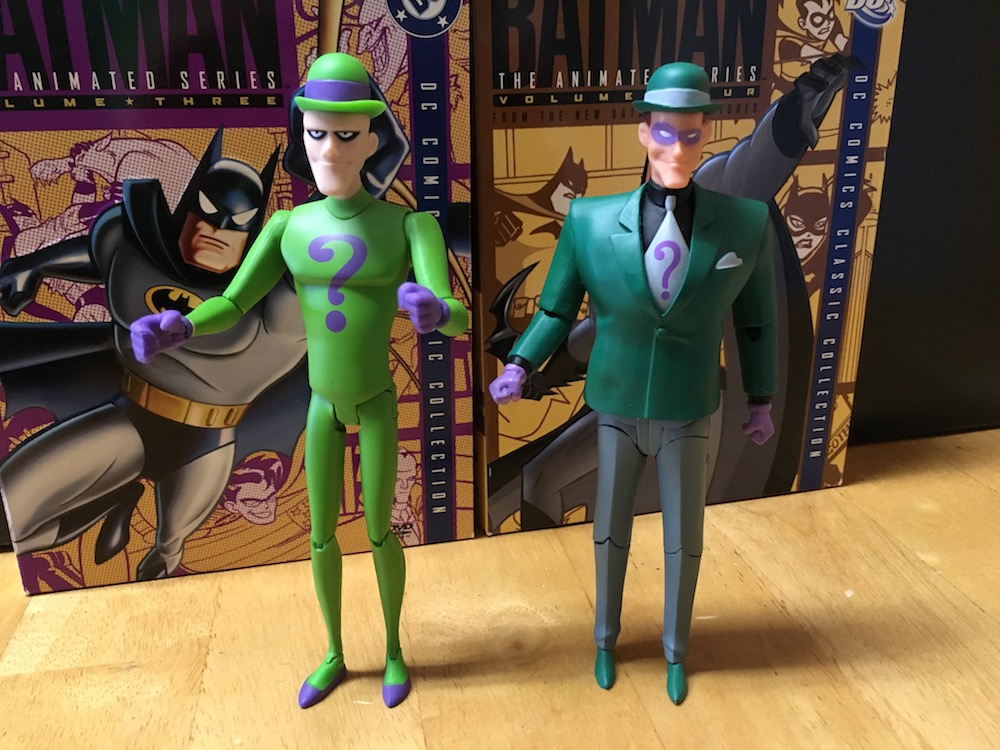 But hey, that’s got nothing to do with this figure itself, which is a fine addition to the animated line. It’s got the requisite change of hands, plus the Riddler’s cane as an accessory.

Both figures, which come with stands, are available now and will run you about $28 a pop. 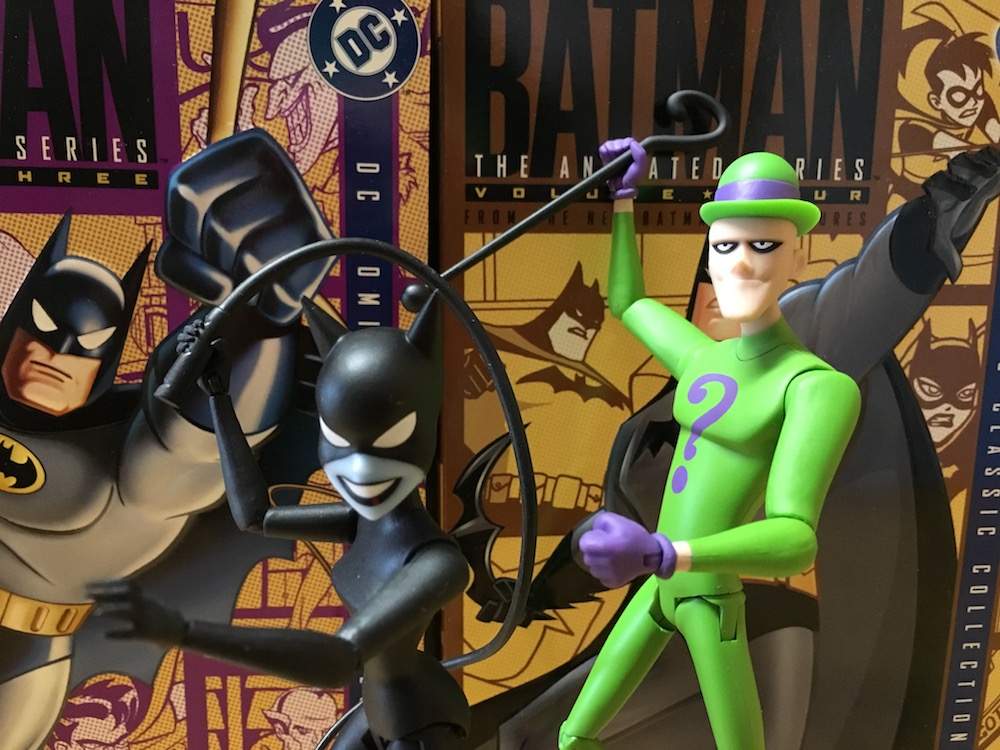