Marc Buxton says: “I have read many Star Wars comics in my life and Darth Vader #1 might have been the best of them all. Seriously.” 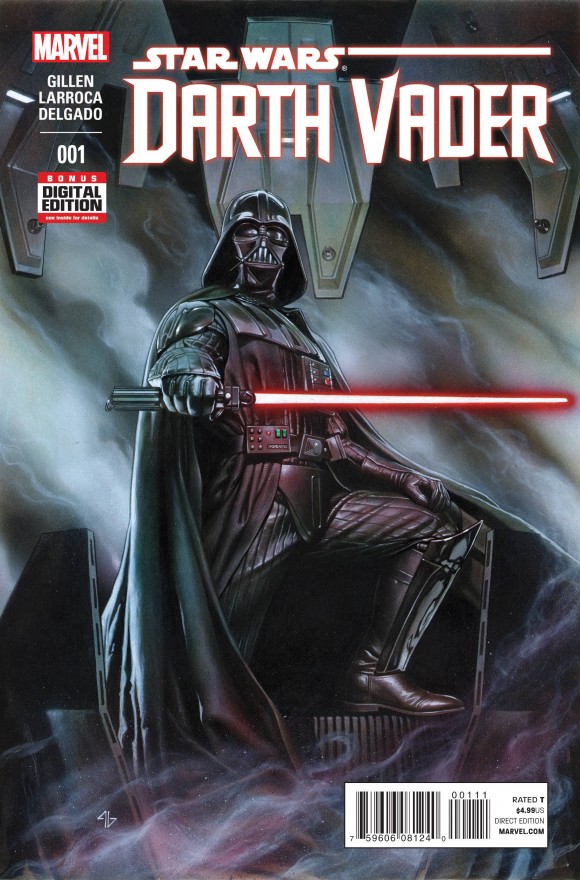 When I first heard that Marvel was doing a solo Darth Vader comic, I wondered how the heck will they tell a story with a masked, emotionless antagonist as the point-of-view character. How do you make an audience care about someone who is essentially supposed to be a void-like symbol of inhumanity? Well, Kieron Gillen did it, and he did it with such aplomb that he produced possibly the best comic Marvel has published in the still-young 2015. In this magnificent story, Vader is recovering from his greatest failure, the destruction of the Death Star and trying to reprove his worth to his master, the Emperor. The book ties into the main Star Wars title as Vader is now more than intrigued with that young man who confronted him carrying a lightsaber that once belonged to Anakin Skywalker. Vader also returns to Tatooine to deal with Jabba the Hutt in a sequence so magnificently drawn by Salvador Larroca I might troll Ebay for some original art of this sequence.