Oh, and let’s set the scene: Jimmy Carter was president, Woody Allen’s Annie Hall came out the next week, ABBA’s Dancing Queen and David Soul’s Don’t Give Up on Us Baby were big radio hits and Laverne & Shirley was the TV season’s top-rated show.

Star Wars #1, Marvel. My first exposure to Marvel’s Star Wars adaptation was the two treasuries that comprised the first six issues of the series. But had a I known this week in 1977 that there was a cool comic based on this big movie coming up, I might have taken the plunge. Or maybe not. Hard to say. I just know that when I saw the movie opening week the next month, I was all Star Wars, all the time. And of course this series was so wildly succesful, it’s credited with saving Marvel in the late ’70s. 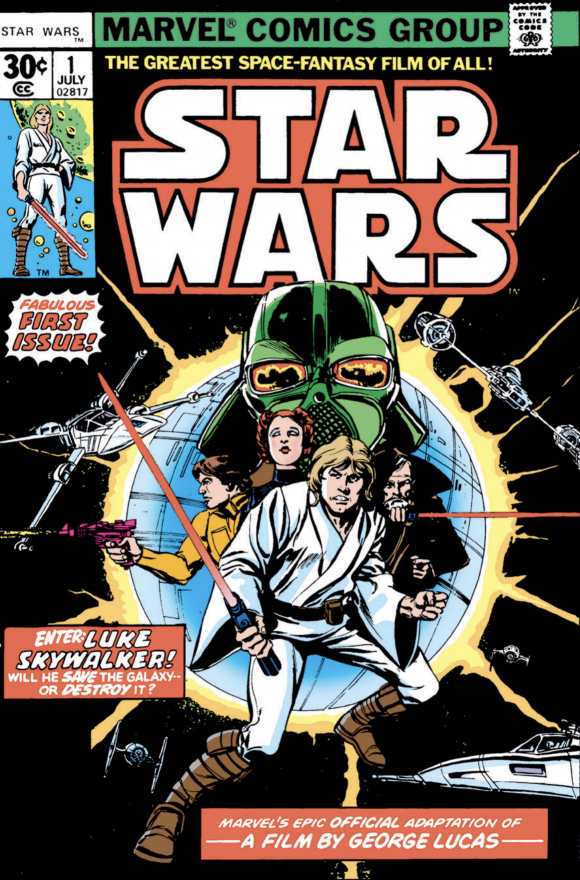 Adds Scott: Interesting to look back and realize this came out a solid six weeks before the movie hit theaters. Did I buy it before I’d seen the movie? I definitely had (and still have) the comic, so I know I bought it that summer. Was it still on the racks by the time I’d seen the movie? How did I manage to get all six issues that made up the adaptation, back when there were no comic-book shops? So many questions. Regardless, Roy Thomas and Howard Chaykin’s adaptation is as much original Star Wars in my mind as the movie itself. (You’re right, Scott! Reading the treasuries was like reliving the movie over and over and over… — Dan)

Batman #289, DC. Mike Grell never got the full shot he should have gotten on Batman. Batman was a bit up and down during this time, but this was a high point, for sure. Dig that cover! 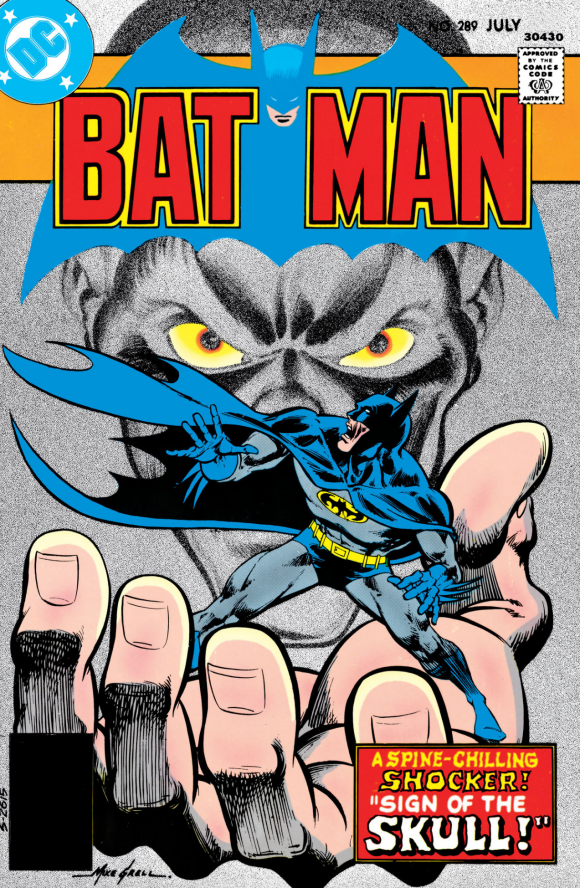 Shazam! #30, DC. The cover promises Superman vs. Captain Marvel. That’s all I’d need to pick this up. E. Nelson Bridwell, Kurt Schaffenberger and Vince Colletta did the honors. 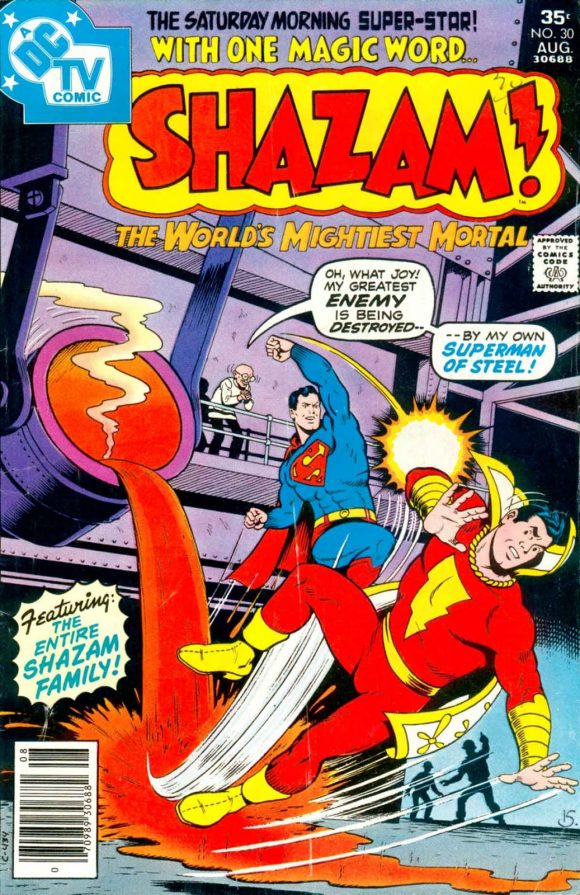 Amazing Spider-Man #170, Marvel. While the Gerry Conway/Ross Andru SPIDEY run still holds the top spot in my heart, Len Wein’s collaborations with Ross Andru are almost as good. Even with a relatively uninspired villain like Doctor Faustus, an issue of Spidey from the Andru Era was always a good pick off the spinner rack. 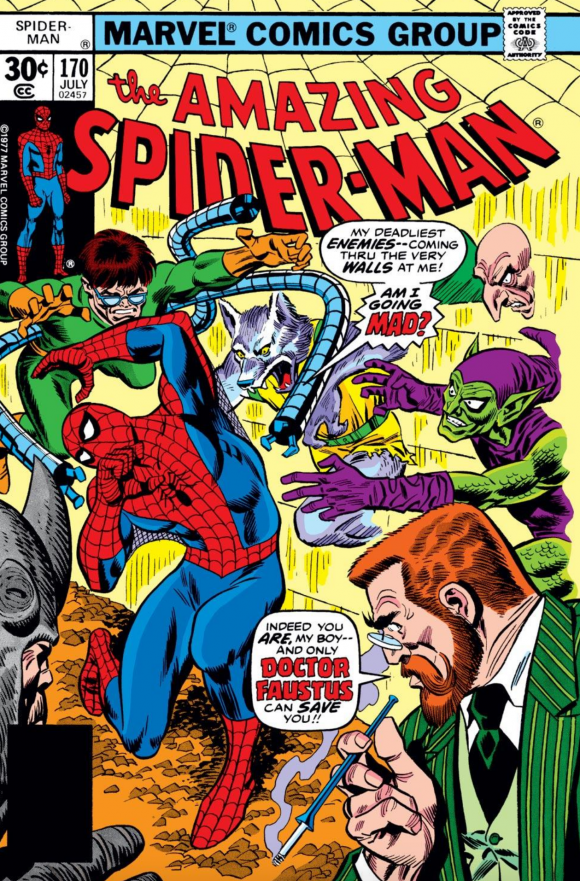 Freedom Fighters #9, DC. Back in ’77 in my neighborhood, Freedom Fighters wasn’t a comic that got very good distribution, so I never saw a copy at my local Quik Stop where I got my comics. This particular issue was shown in one of DC’s house ads and it really caught my eye, but I never was able to find it. Come to think of it, I still haven’t read it… 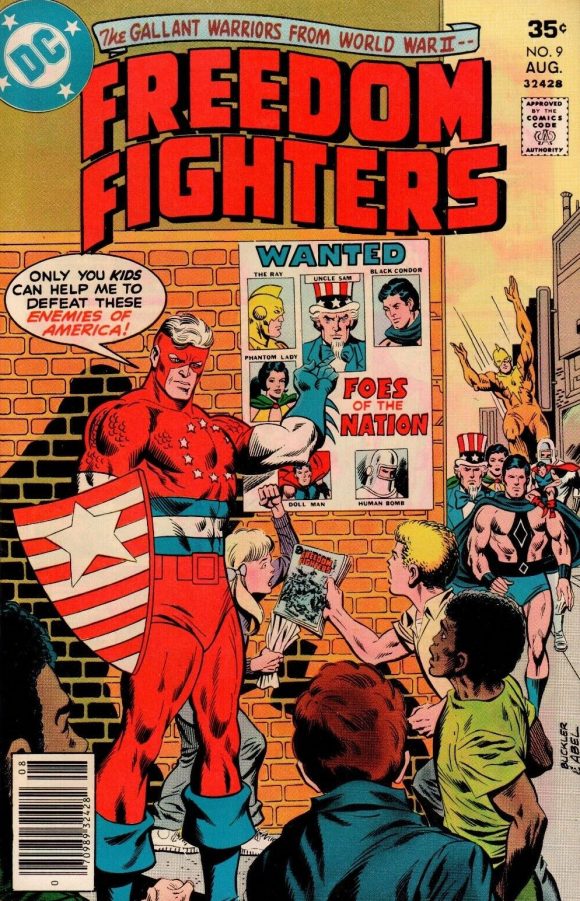 Captain America #211, Marvel. I often talk about how bat-cracker crazy Jack Kirby’s 1970s run on Captain America as writer/artist/editor was, and as if to prove my point: See that big guy with the purple helmet holding the lady over his head? Inside the helmet? Hitler’s brain. No head, mind you, just Hitler’s brain. Naturally, this issue is highly recommended. 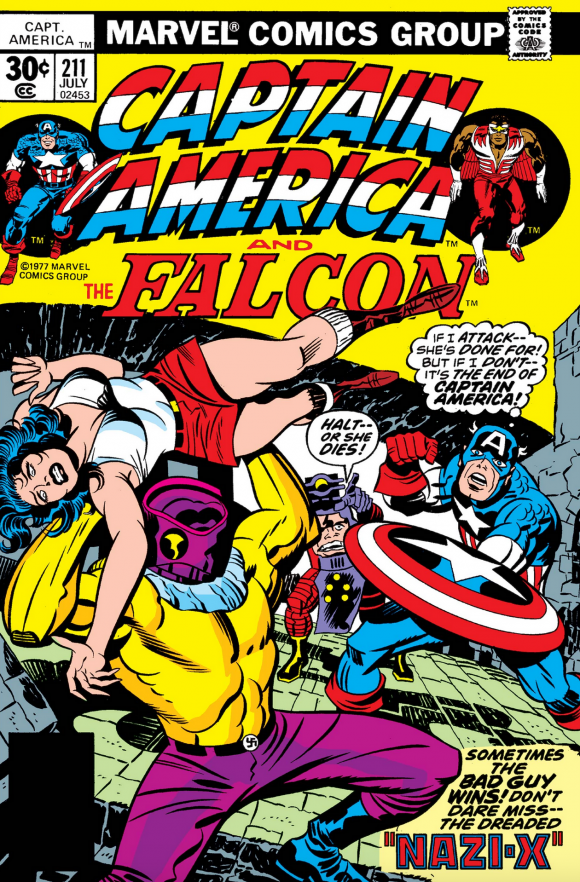 Pink Panther #44, Gold Key. Along with the Marvel and DC comics, I would occasionally bring home a Gold Key every now and then, and more often than not it would be an issue of Pink Panther. Since the character on television was silent, a different approach was taken for comics, with the Pink Panther character exhibiting a droll sense of humor with heavy emphasis on wordplay, while at the same time showing a zaniness that you didn’t quite see in the cartoons, thanks to the slick, clean art of Warren Tufts. I wish I could buy a fat collection of Gold Key Pink Panthers. 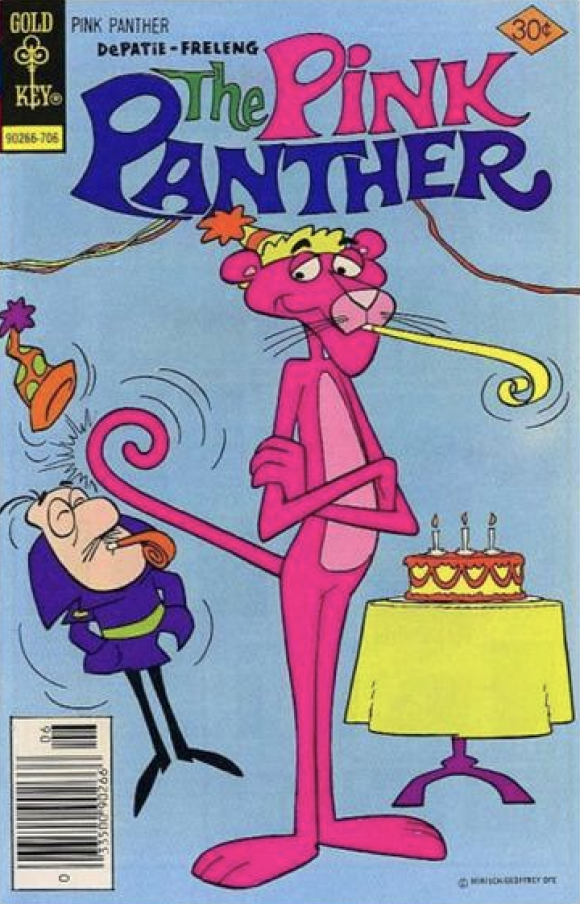