Scott and Dan hit up the comics racks from 58 years ago!

Scott Tipton and I started RETRO HOT PICKS one year ago this week as an off-the-cuff idea. With the comics industry in lockdown, we had no new comics to pick, so my ever-inventive wife Wendy came up with the idea that we pick comics that came out the same week, only decades earlier. (A different year each week.)

You folks really seemed to dig it, so we quickly made it a permanent feature. And now, with a year under our belts — click here for the first week, which was a very special one in 1975 — we’ve decided to do something we haven’t yet: Go back further than we have to date and pick the best from the week of March 31, 1963, when DC was riding high and the Marvel Age was still in its infancy.

(Keep in mind that comics came out on multiple days back then — as has become the case now. So these are technically the comics that went on sale between March 28 and April 3.) 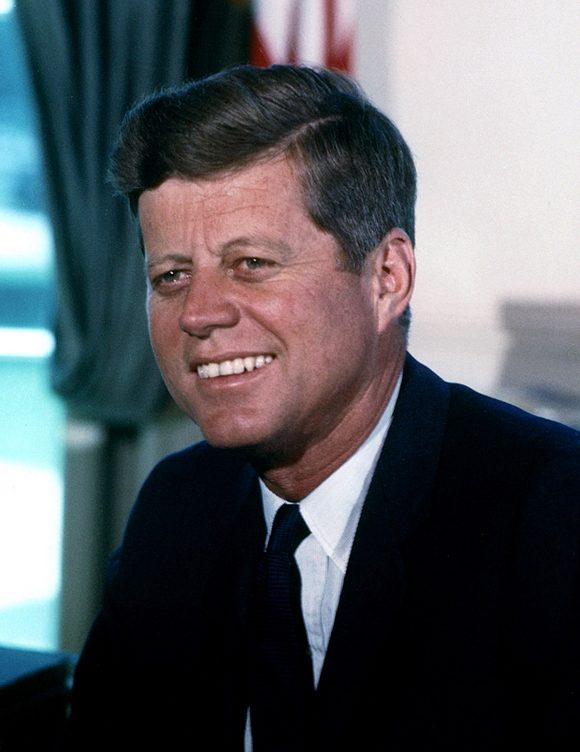 So let’s set the scene: John F. Kennedy was president. By year’s end, of course, his assassination would shatter America’s sense of itself and intensify the turmoil that would lead to extraordinary cultural upheaval. But these were still the days of Camelot.

I mean, seriously. And that’s not even the full cast. 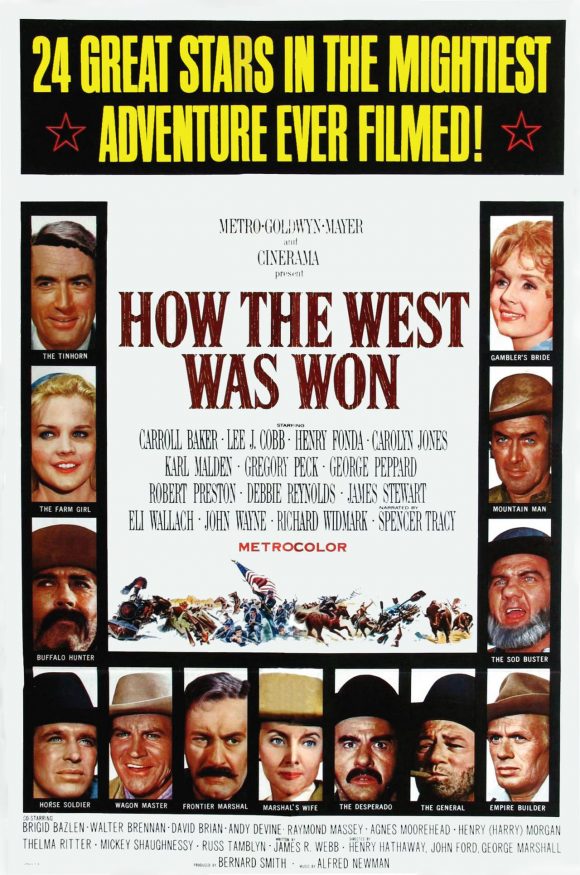 TV ratings info is hard to come by for this period but Bonanza and The Beverly Hillbillies were two of the biggest shows on television. The top-selling single was He’s So Fine by the Chiffons. About eight years later, ex-Beatle George Harrison would be sued because My Sweet Lord’s melody was too similar. Naturally, at this point, the Beatles hadn’t even arrived in America yet. (But get this: the album Please Please Me was released in the UK the week before.) Oh, and there were two No. 1 albums because Mono and Stereo had different charts: The top Mono album was Songs I Sing on the Jackie Gleason Show, by Frank “Crazy Guggenheim” Fontaine and the top Stereo album was West Side Story’s film soundtrack — which spent an extraordinary 54 weeks at No. 1.

Tales to Astonish #45, Marvel. As much as I love Ant-Man, the one thing he’s always lacked is a truly great arch-nemesis. For decades, the best they had was Egghead, and it’s not even the cool Vincent Price variety. 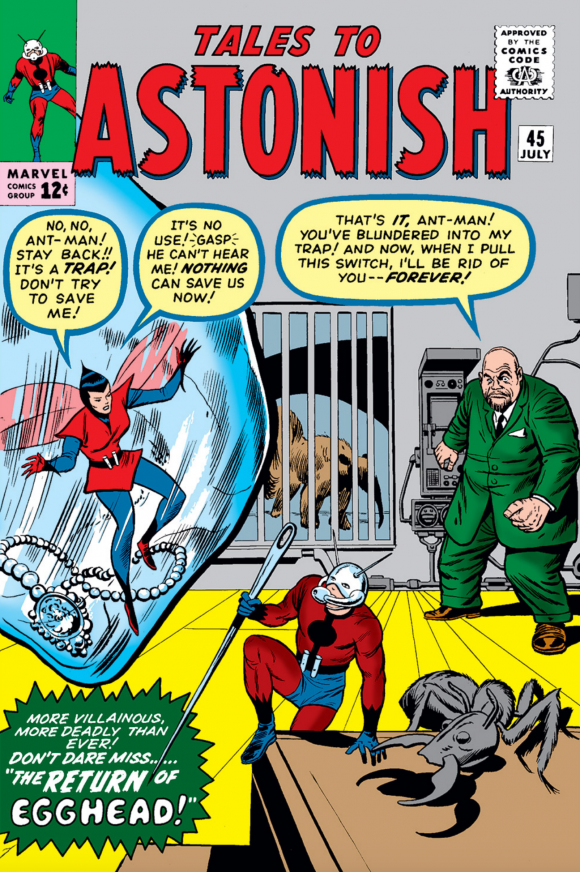 Journey into Mystery #93, Marvel. So what was cool and hip in March 1963? Apparently, radiation. 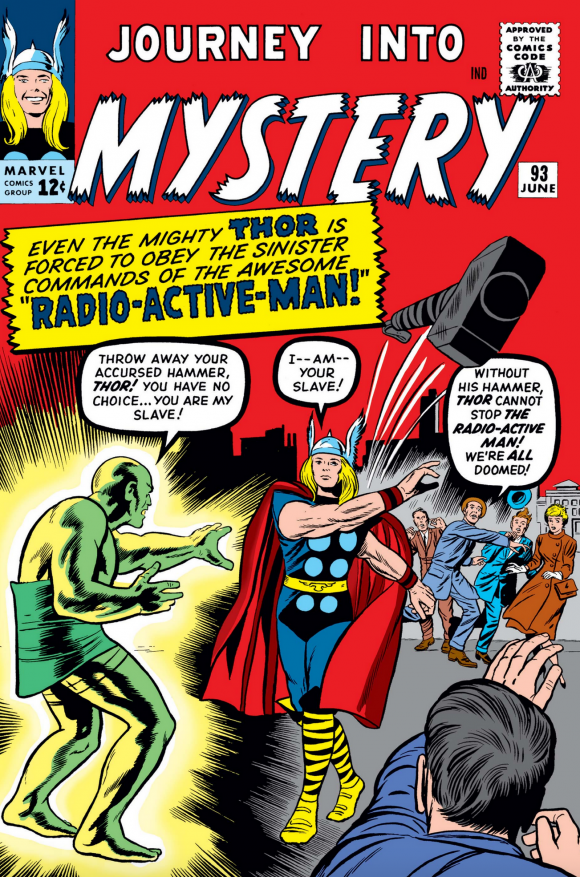 Dan adds: Think about this for one second: Thor debuted only 10 issues earlier. Pencilled by Jack Kirby, of course.

Superman’s Girl Friend, Lois Lane #41, DC. How is it possible that I’ve been reading Superman comics all my life and I’ve never heard of Lana Lane? 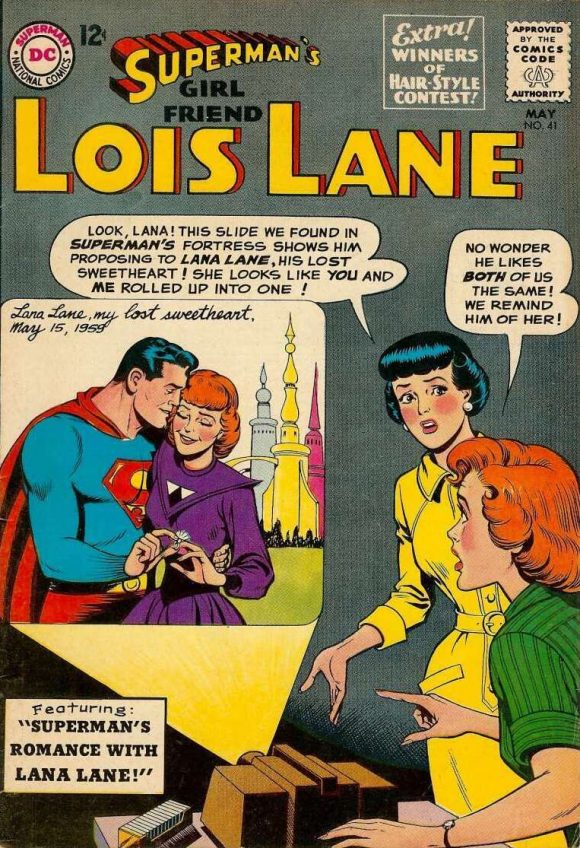 Action Comics #300, DC. Superman was the superhero in 1963 and this was one of his best-known epics — “Under the Red Sun!” — in which the Man of Steel is stranded in a post-apocalyptic future where the Earth’s sun has turned red, depriving him of his powers and ability to shave. SPOILER: He makes it back to the 20th century. 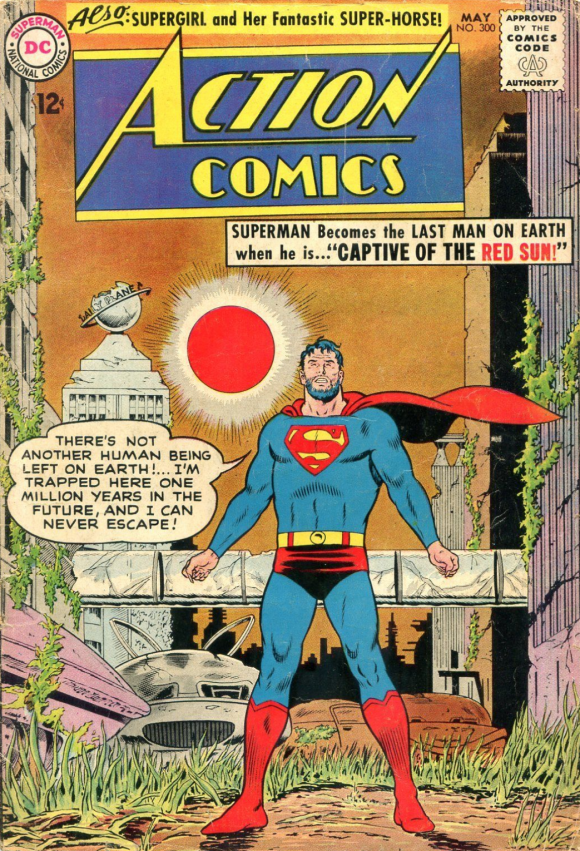 Detective Comics #315, DC. This was the era when sunny Batman and Robin fought rhino-riding Jungle Men in Gotham City. In one year, editor Julius Schwartz would take over the book, beginning a roughly 15-year run in which the Caped Crusader would be remade twice — in 1964 with the “New Look” and again in 1969, when Batman returned to his Gothic roots and Robin left for college. The back-up feature? Why the Manhunter From Mars, natch. 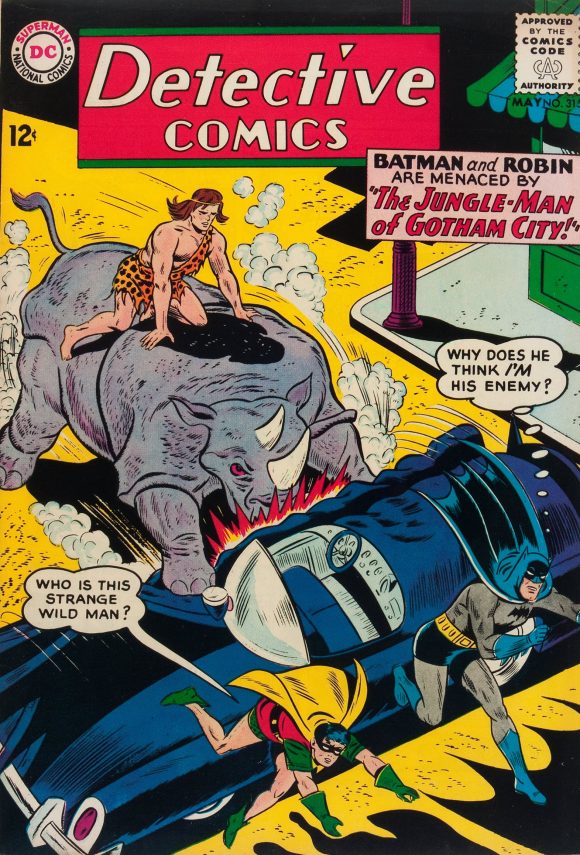 Scott adds: I hope Batman opted for the rhino insurance on the Batmobile.

Strange Adventures #152, DC. Zeroing right in on Cold War era paranoia, DC brings you “The Martian Emperor of Earth” — by two of the all-time greats: Gardner Fox and Murphy Anderson. 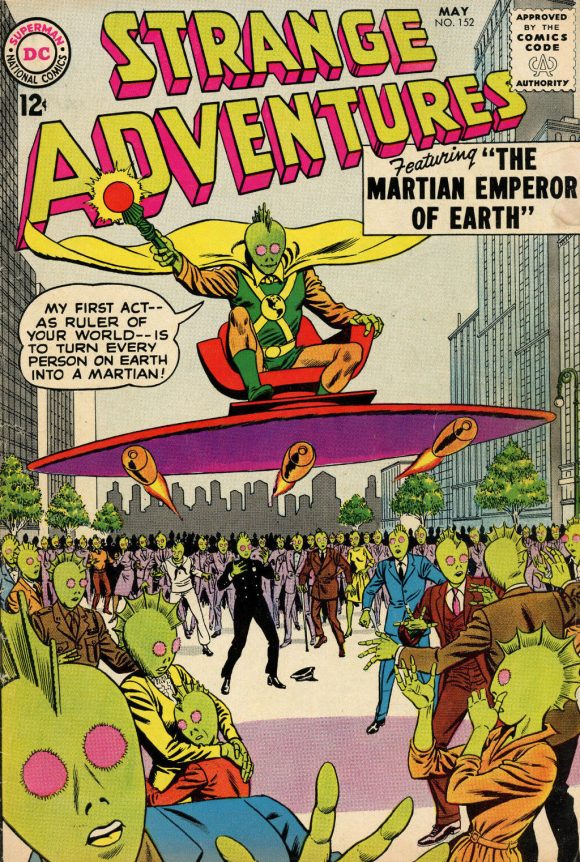 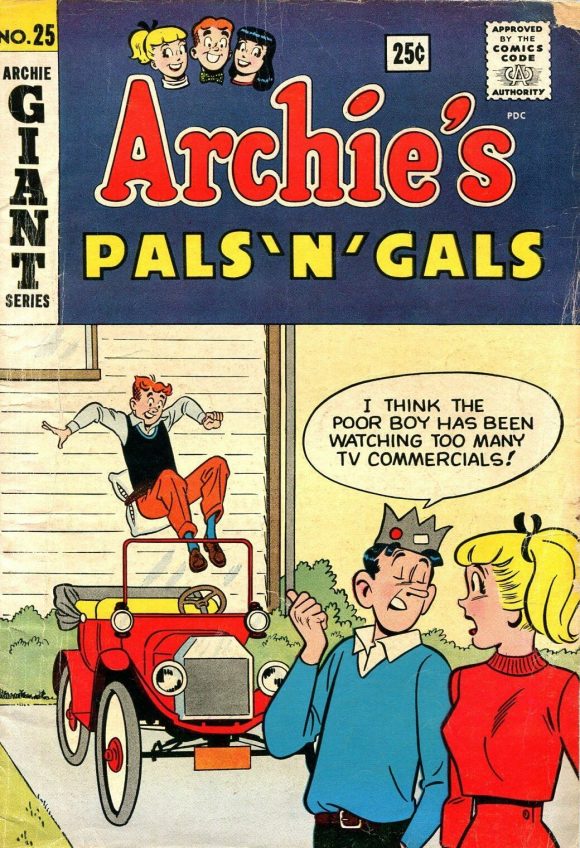 By the way, across all the companies, there were also 13 romance comics, six Western titles, five war books and a bajillion others, from sci-fi to humor to screen adaptations to medical drama, such as… 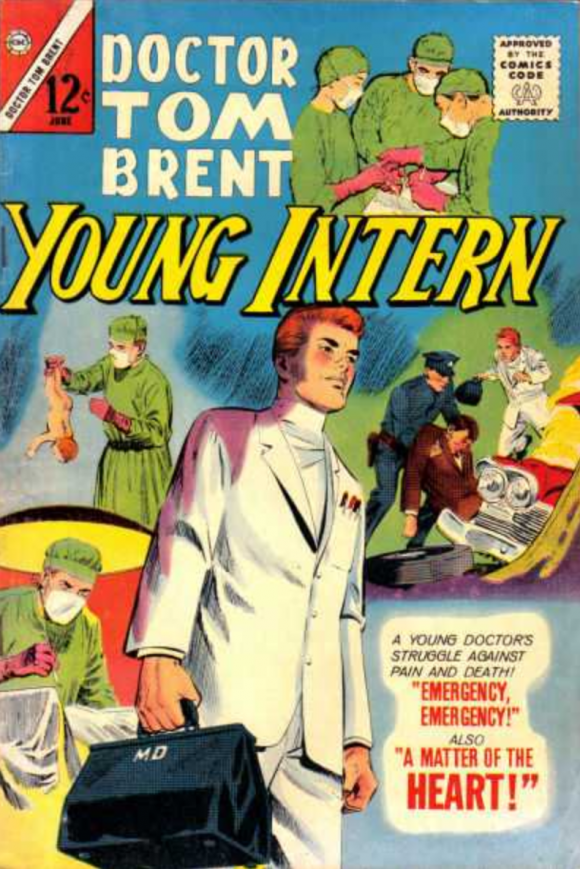 Bonanza #3, Gold Key. Like I said, the show was HUGE. Of course it had a Gold Key adaptation. Then again, what show didn’t? 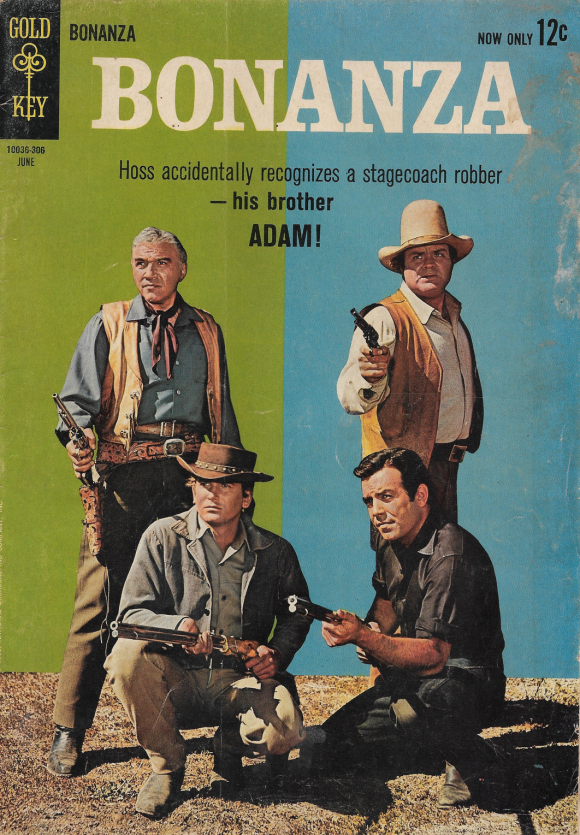