The comics writer — and MYSTERY INTERVIEW subject at Christy Blanch’s SUPERMOOC 2 — writes about researching the environment for his hit Dark Horse book.

In the past when I’ve started big, socially aware comic projects like DMZ or even Northlanders, I’ve done a tremendous amount of research. My technique was to overload on information to the point where I had so fully absorbed it that research became unnecessary. I was like Neo, who suddenly knew kung-fu. This was a fantastic result, but getting there? It was expensive and time-consuming and in retrospect I didn’t need to have learned everything I did.

So heading into The Massive, I was looking for ways to streamline it. I spent some time at the start thinking very precisely about just what the themes were of the series. There’s a million books out there about climate change, about weather, about the politics surrounding it, and the science. I passed those up, I allowed myself to head into this series knowing I’d fudge some of the science. Knowing that readers smarter than I would send me letters pointing out my errors. Which is fine — they are tactical errors, because what I realized I wanted to talk about in this series is how this future world of climate crash affects people. Individually, my cast. So I was able to find the books I needed to find, and do smart research.

If I had to say, these four were probably the most helpful.

Beyond that, I wrote what I felt, and what I know.  I made stuff up in my head, I guessed and daydreamed. Which is all very par for the course for any writer, but what made The Massive unique for me was finding the right blend of the two, of the parts that were pure fiction and the parts heavily sourced from books. That’s not always so easy, writing something that feels grounded and credible, and fantastical at the same time.

I  think when The Massive concludes its run, we’ll have been successful in that.

To sign up for the FREE lecture series Social Issues Through Comic Books, which 13th Dimension is sponsoring, click here! 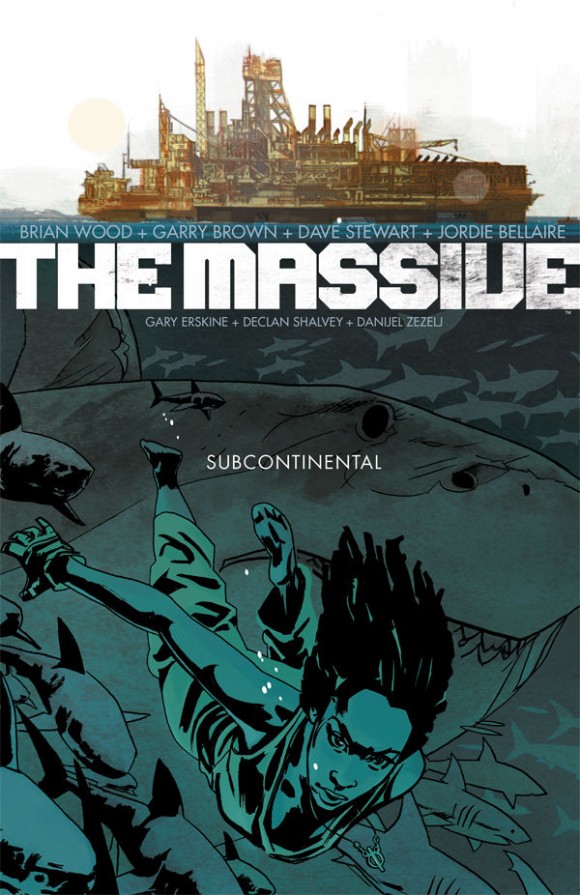