From Kodansha’s Attack on Titan Anthology, featuring some of the biggest names in comics. 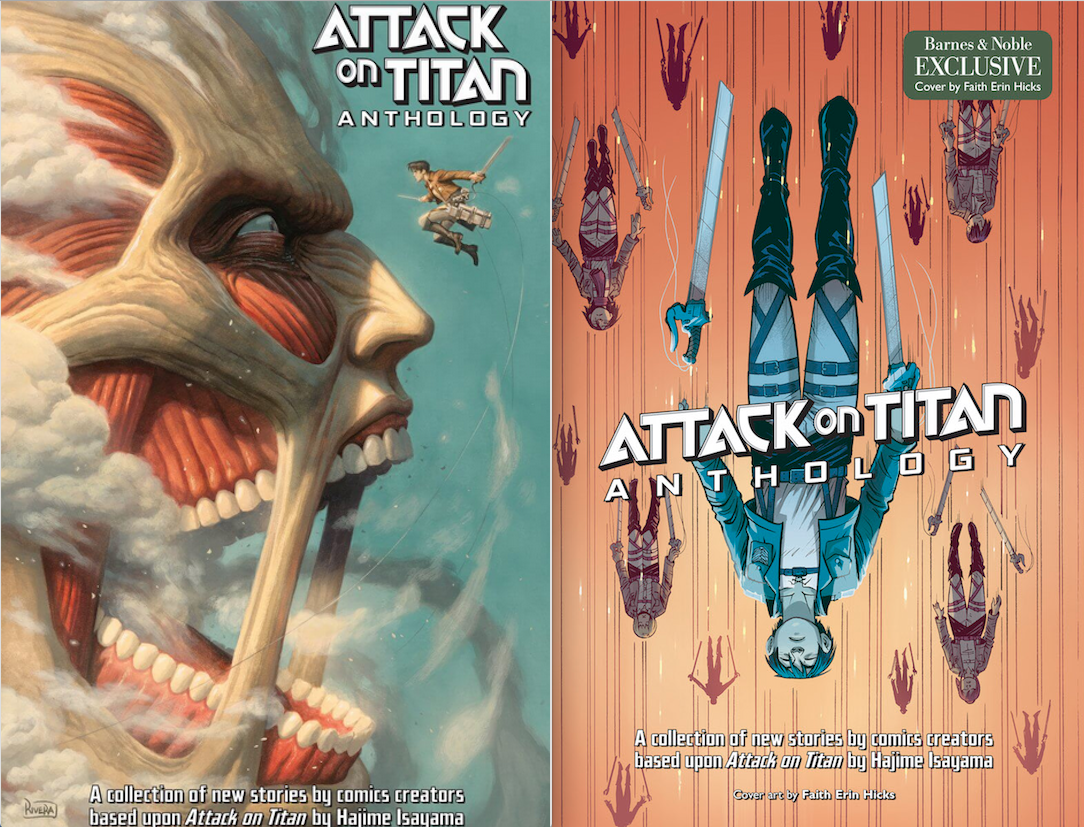 The book was released around New York Comic Con but it’s been a bit under the radar, which is kind of surprising since Attack on Titan is a MASSIVE GLOBAL PHENOMENON.

Anyway, this anthology has major Western writers and artists reinterpreting the manga monster hit. You can find out a lot more by clicking here, including variant covers and whatnot.

Plus, take the time to check out some fancy video interviews with Paolo Rivera, Jorge Corona, Tomer Hanuka and Genevieve Valentine. Click here.

Now on to Hicks’ story — The Titan’s Laugh — in its entirety: 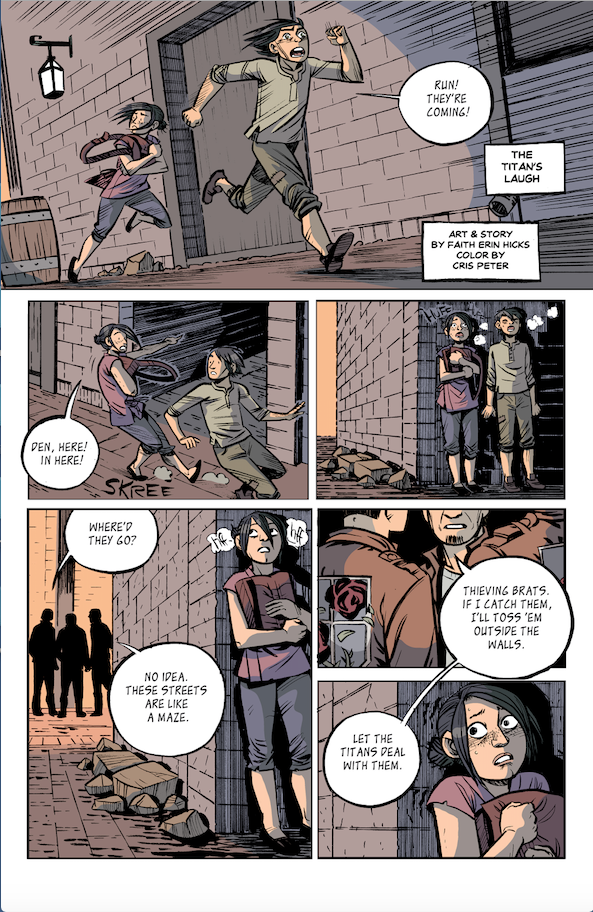 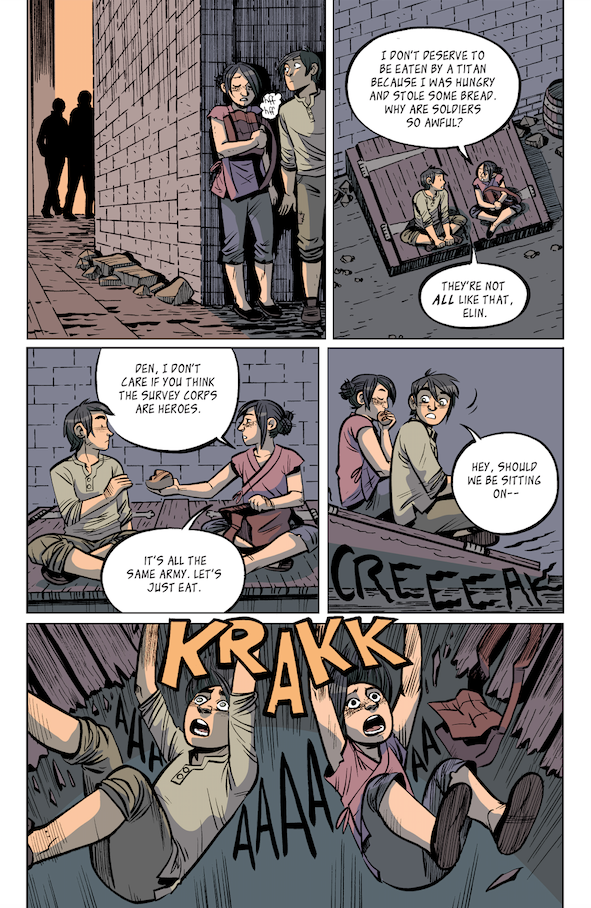 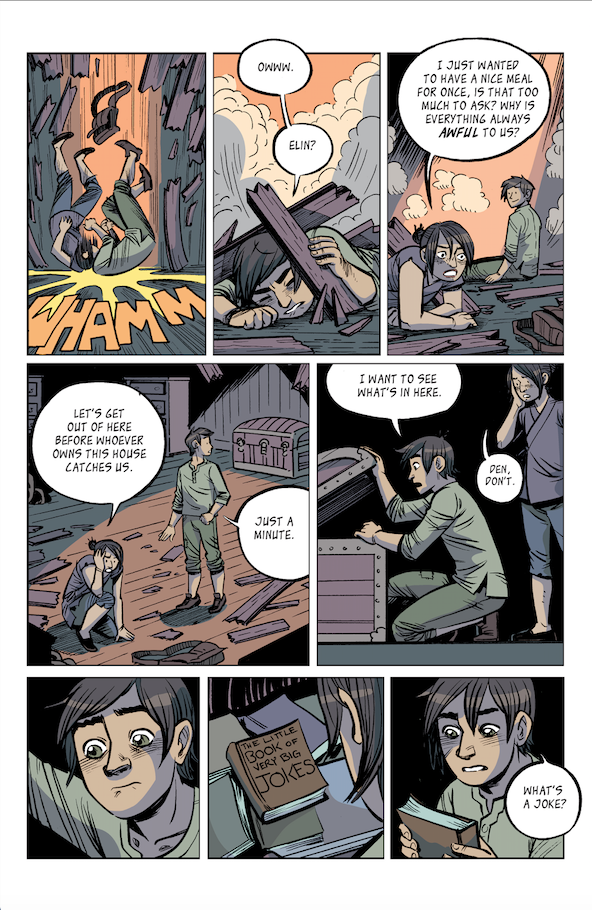 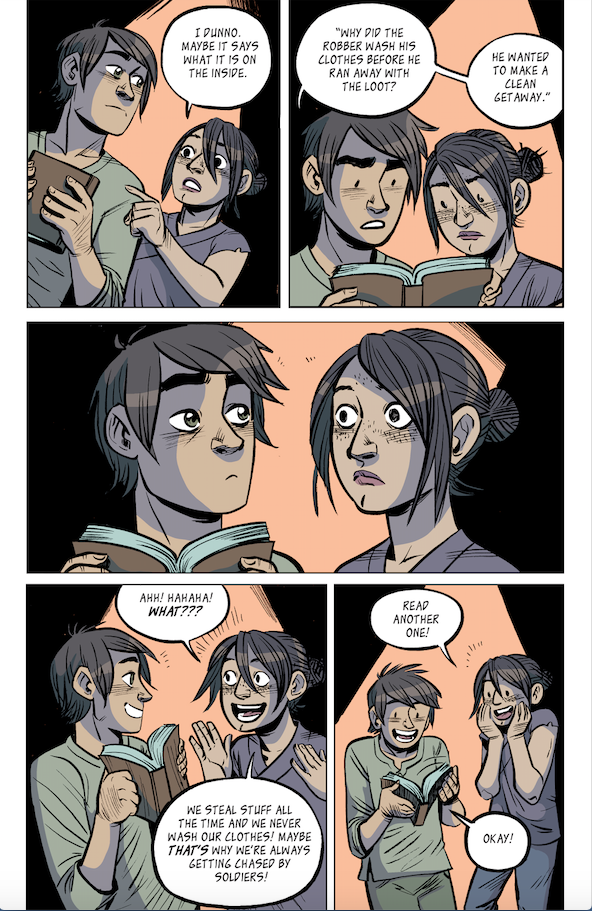 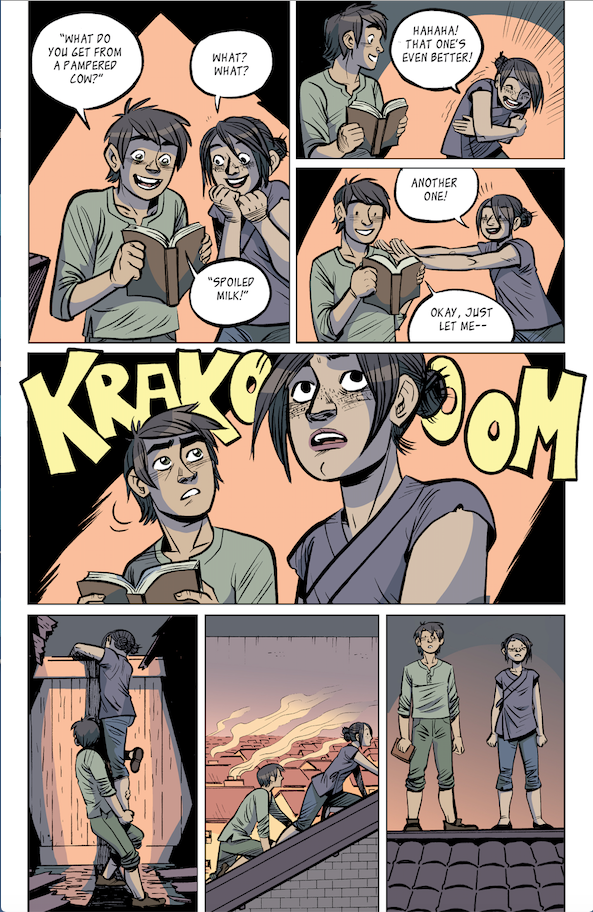 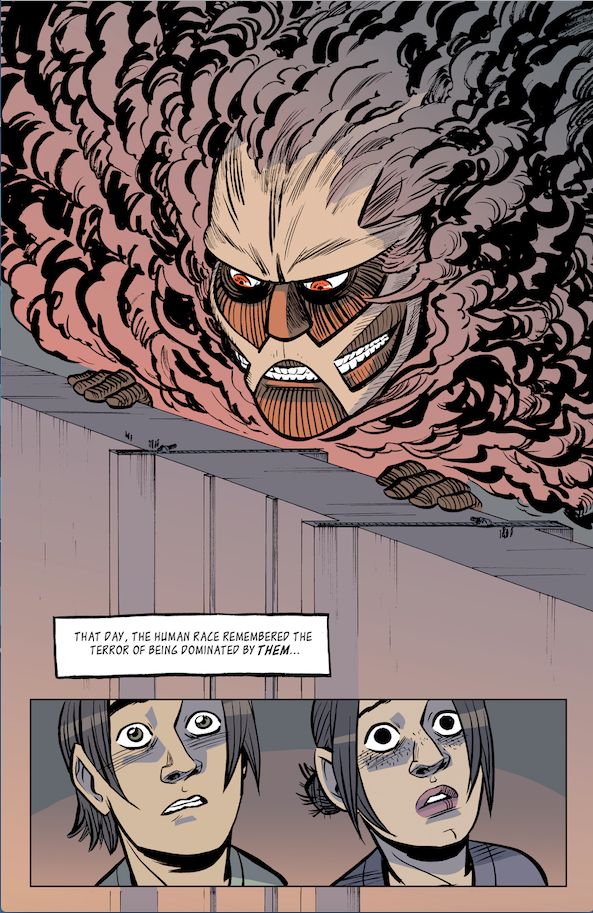 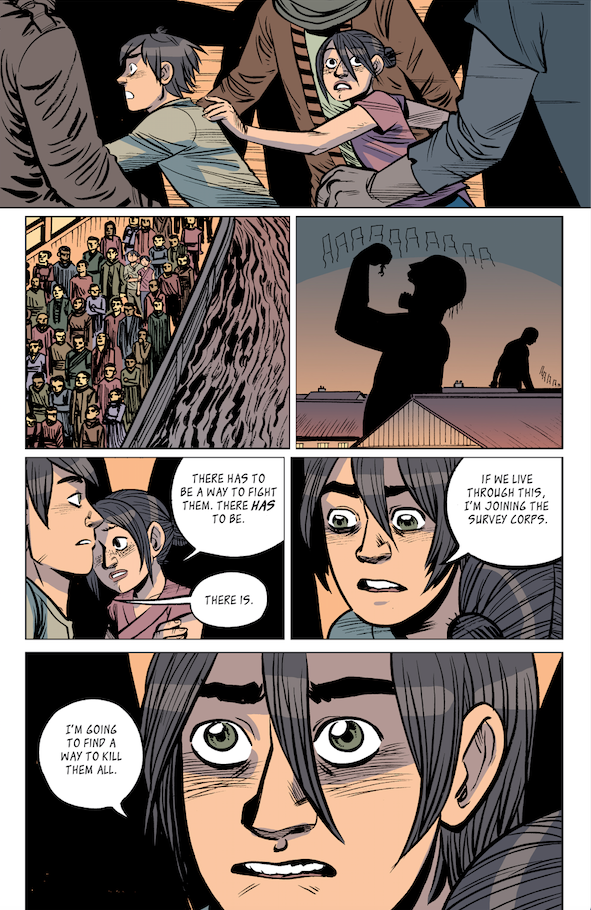 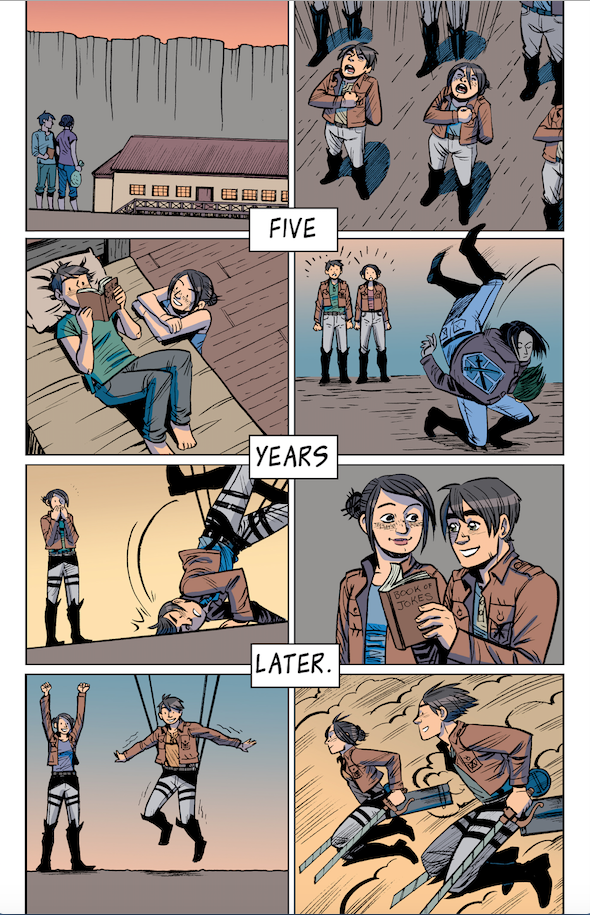 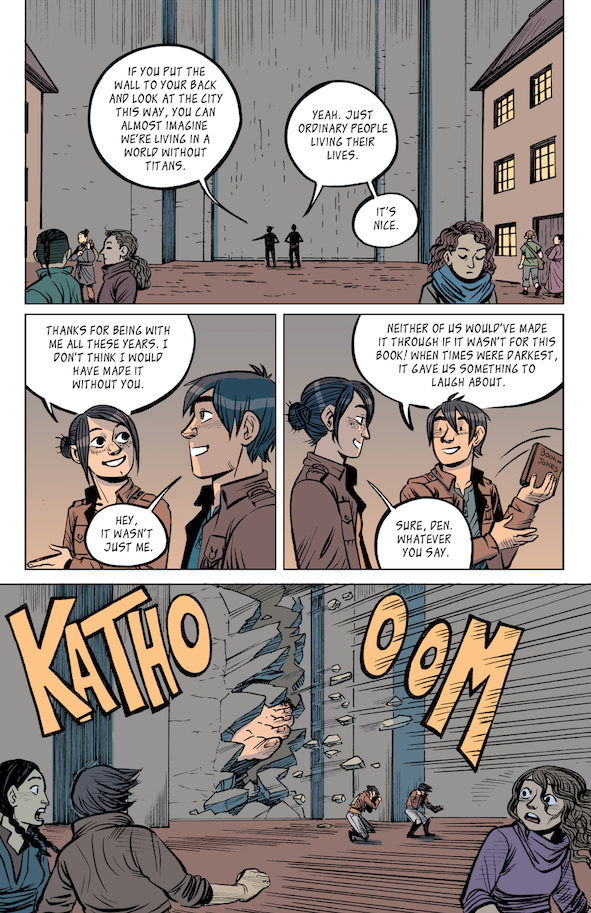 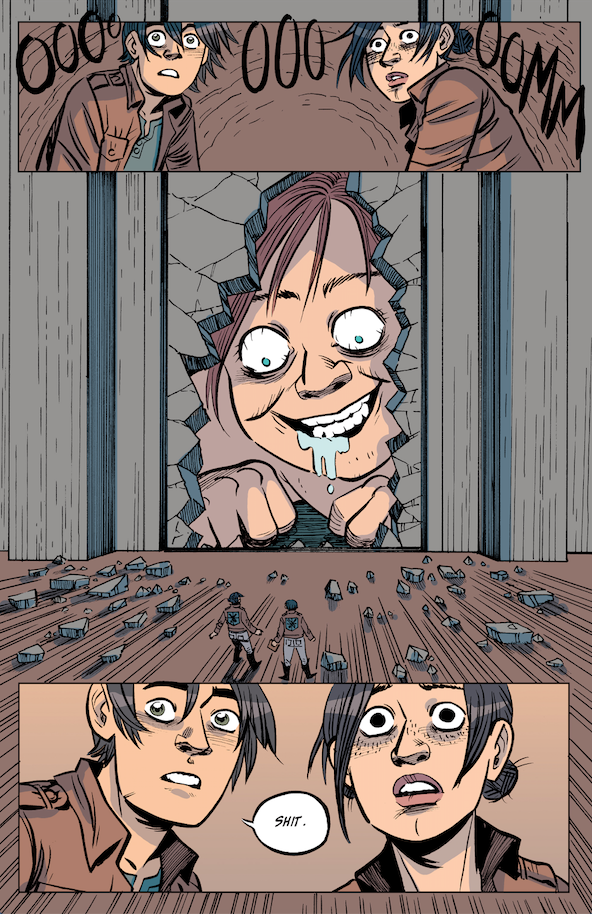 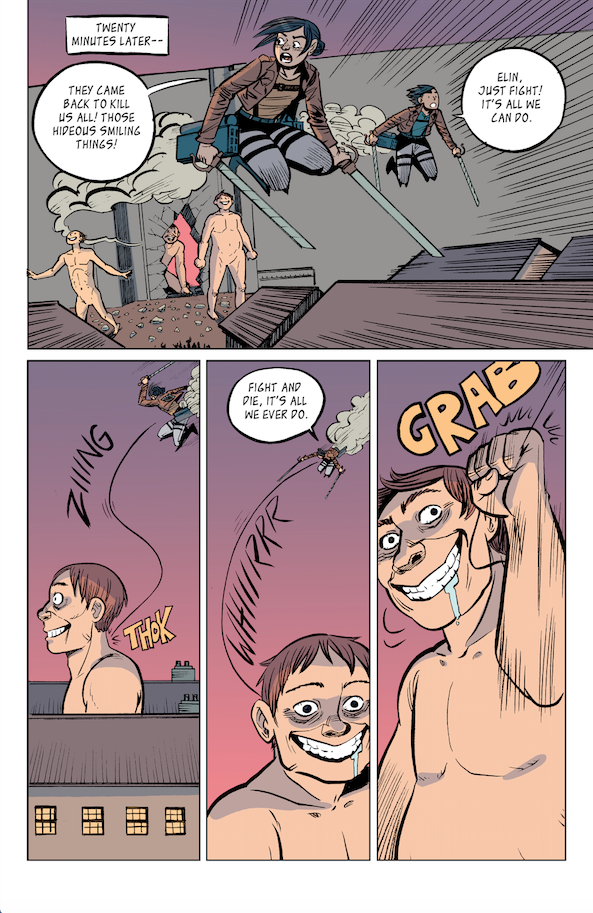 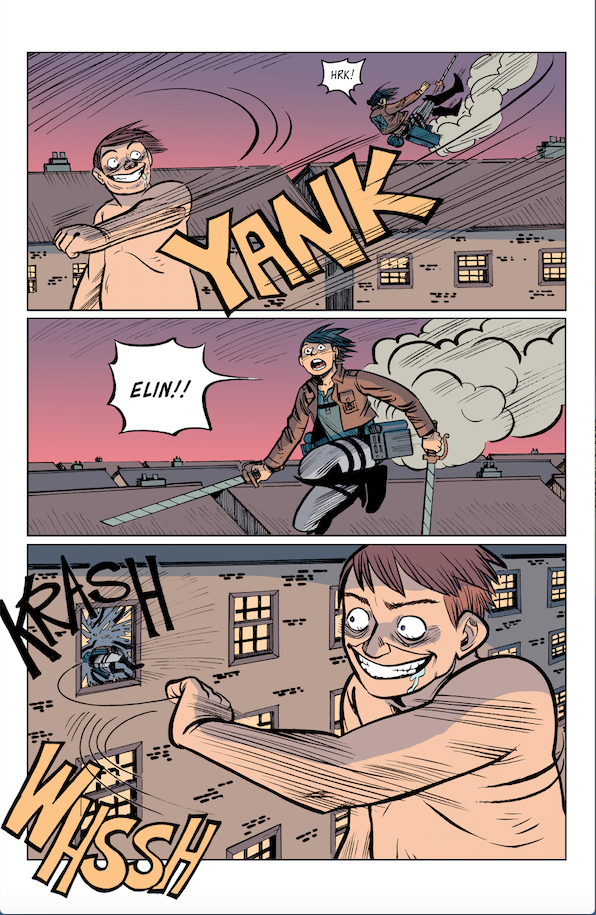 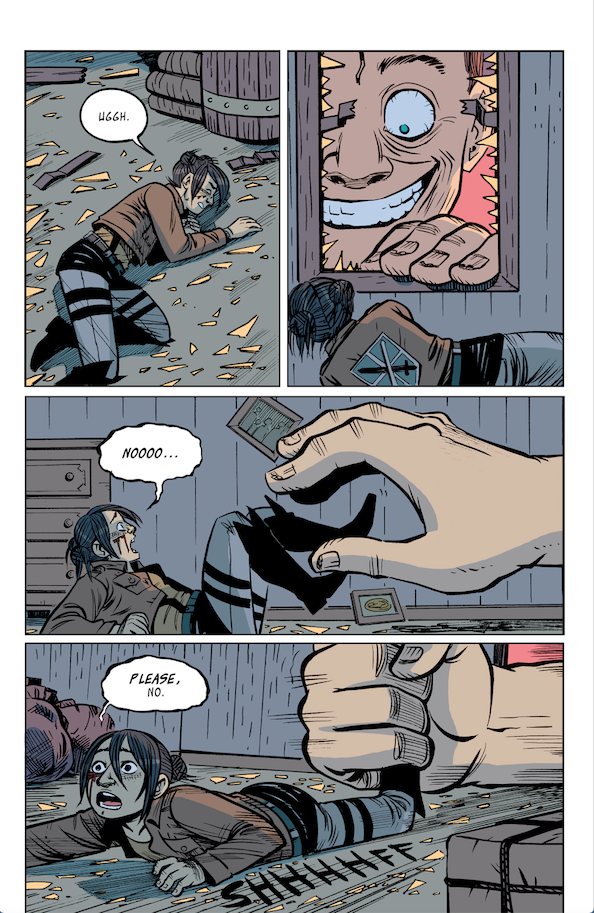 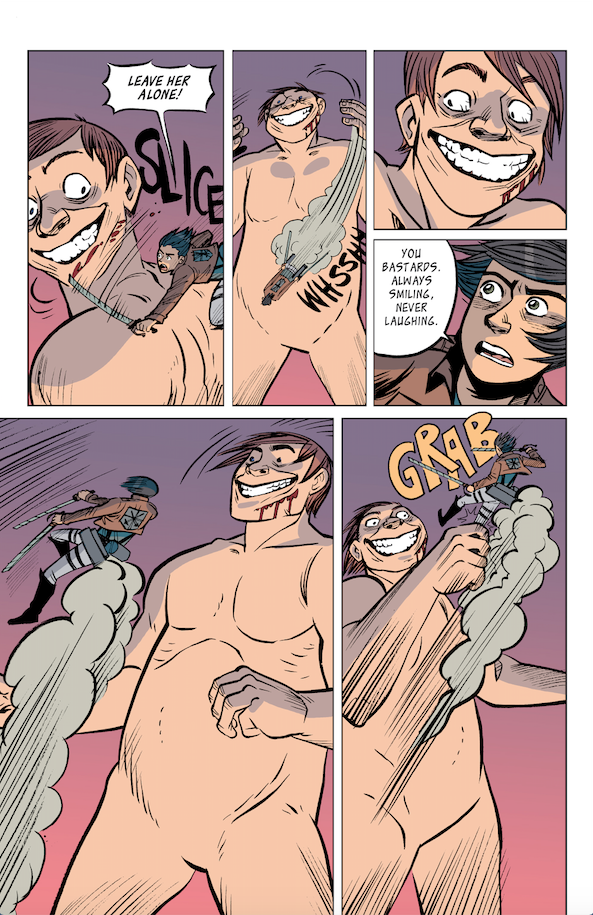 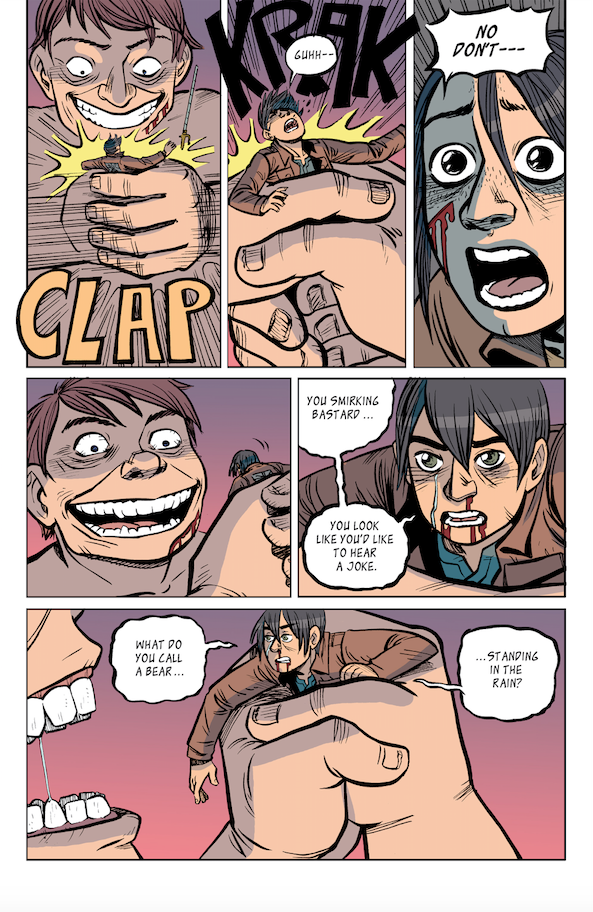 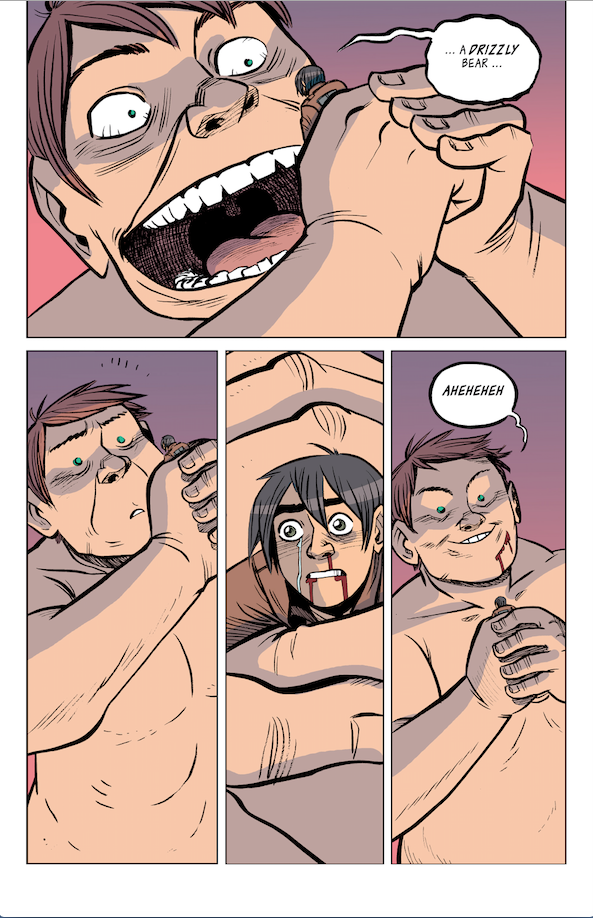 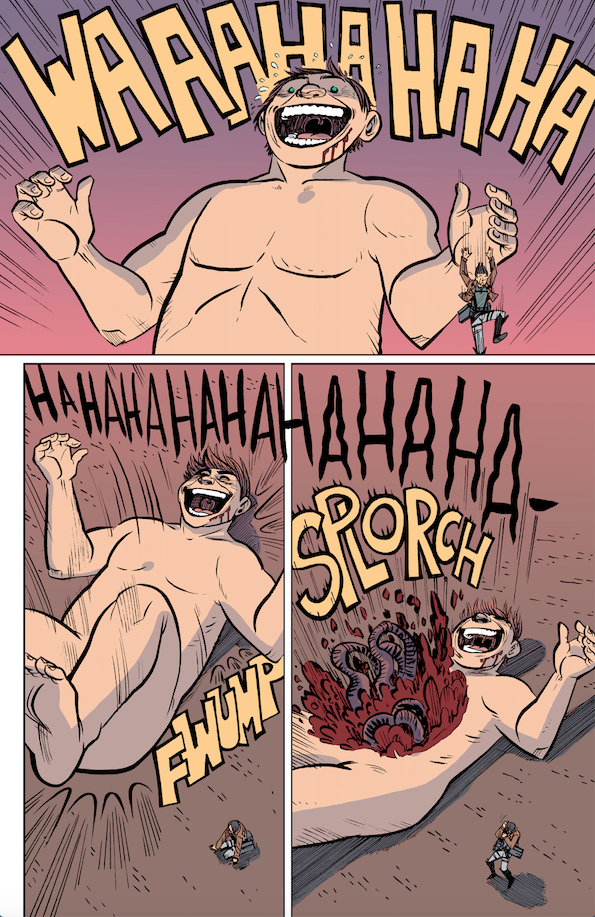 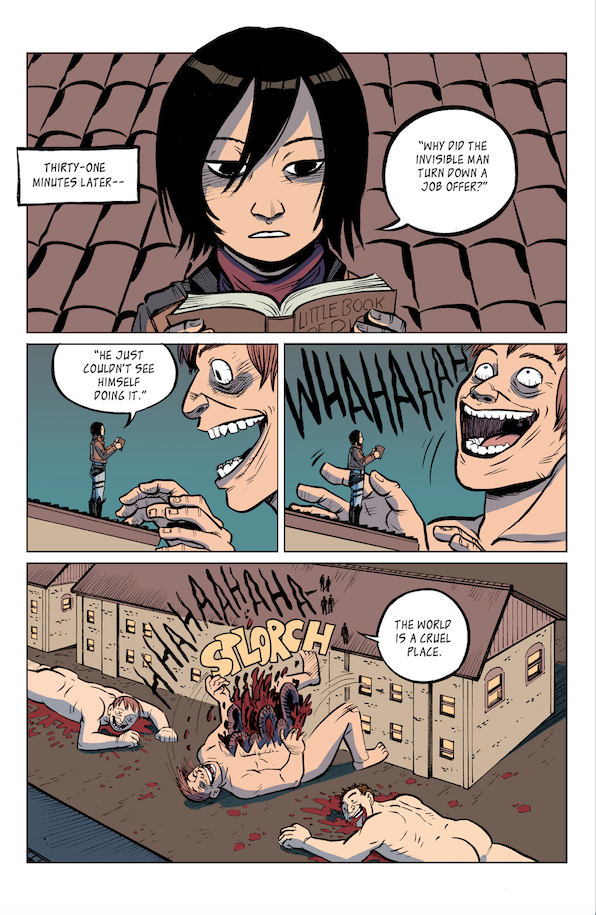 For more info on the Attack on Titan Anthology, click here.