RAFER ROBERTS Gets in the Car With ARCHER AND ARMSTRONG 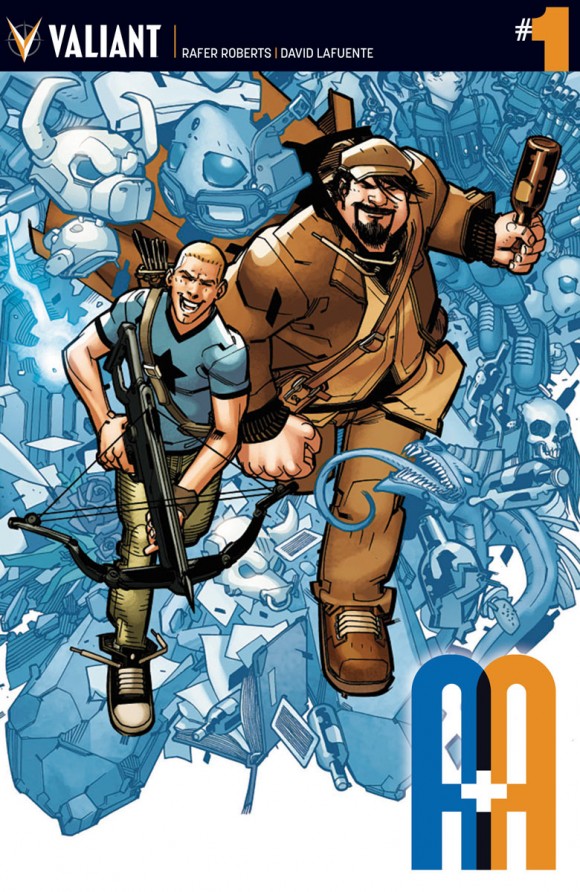 Valiant is relaunching its popular comedy(ish) duo in March with A&A: The Adventures of Archer & Armstrong, written by Rafer Roberts, with art by David Lafuente.

Keen-eyed readers will know Roberts from his art on Thanos and Darkseid: Carpool Buddies of Doom, a, shall we say, “unoffficial” satire written by Justin Jordan. Now, he’s been handed the keys to one of Valiant’s most popular enterprises.

Valiant’s planning a splash with this one, with its typical raft of variant covers, from talents such as Kano, Trevor Hairsine and Phil Jimenez. The book is out 3/16 and Roberts brings you up to speed here … 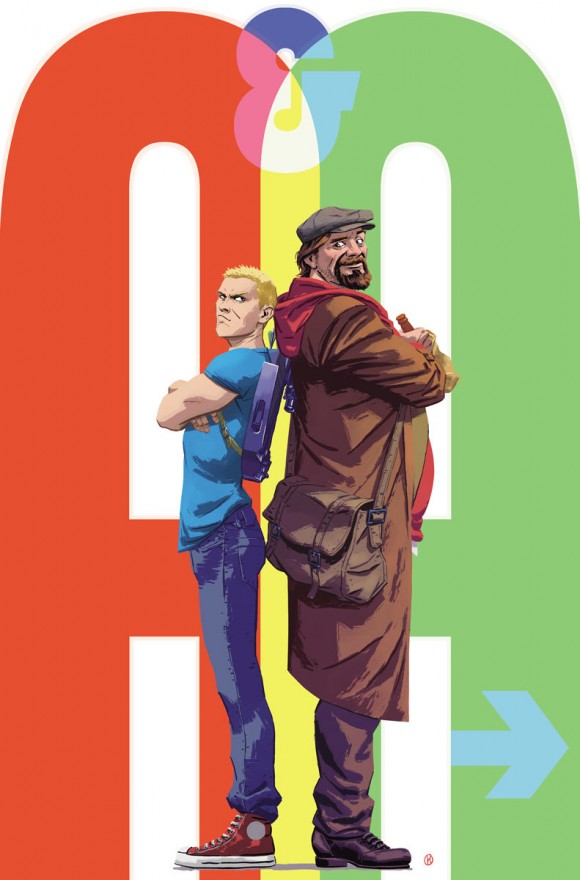 Dan Greenfield: How did you end up with the Archer and Armstrong gig?

Rafer Roberts: It all started with Thanos and Darkseid: Carpool Buddies of Doom, a bootleg fan-art comic that Justin Jordan wrote and I drew. The folks at Valiant saw that and liked it enough to hire us to do similar comics as backups for the various Valiant anniversary issues. I discovered pretty quick how much fun it was working for Valiant so I sent Warren Simons a package of comics that I had written and a few months later he asked me to write up a few pitches. 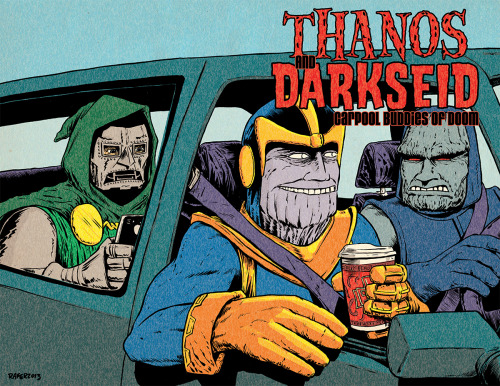 My hope was that I might get the chance to write a one-shot or a back-up story, so getting to write an ongoing series (and one as cool as A&A) goes well beyond my wildest dreams.

Dan: How far back do you go with these characters?

Rafer: Pretty far, actually. I was working in a comic shop in the early ’90s when the original Valiant first started putting comics out. (The store was Comicology in Red Bank, N.J., which might be familiar to the (founding) publisher of 13th Dimension.) I worked in the back, pricing back issues, and spent a lot of that time reading comics and failing to do my job. I was probably biggest into X-O Manowar and Turok at the time, but eventually I read most of them.

When I was asked to pitch for Archer and Armstrong, I went back and re-read all of the original Barry Windsor-Smith stuff and was amazed by how well that series holds up. There’s some stuff that is very much of the time, but it really does feel like a comic that could be on the shelves today. 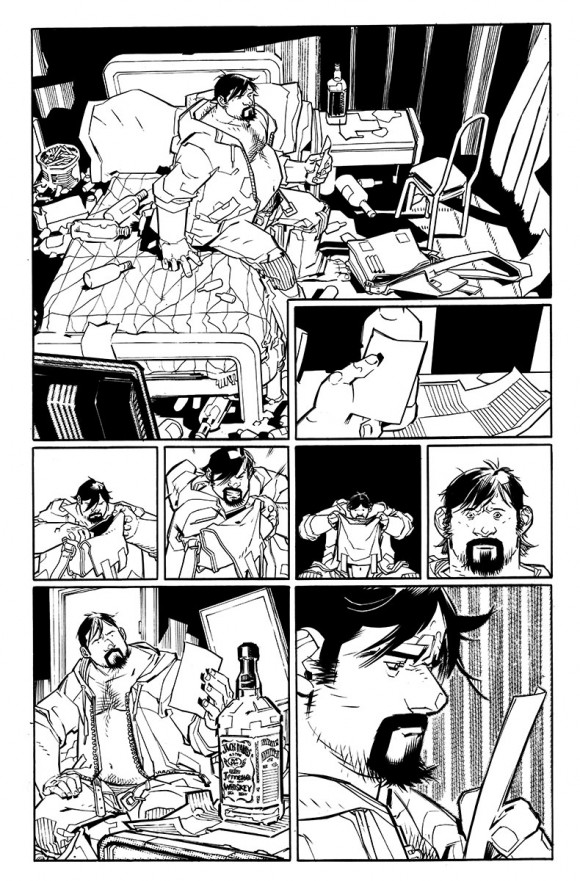 Dan: Carpool Buddies of Doom is hilarious, by the way. Are we going to get Archer and Armstrong carpooling at all? Because that seems like a no-brainer.

Rafer: There is a planned road trip following the first story arc, but I’m not sure how much time Archer and Armstrong will be spending in a car. The beauty of the Carpool Buddies comics is that they don’t actually NEED to be set inside a car to be funny. (Though, as the guy who drew those comics, I did appreciate the limited backgrounds.) I think that, if anything, A&A would continue with a similar tone where a majority of the humor comes from the relationship between all of the characters. Justin did a great job on Carpool Buddies mining those relationships for jokes, and I hope to do the same.

The relationship that has been established between Archer and Armstrong, which I feel is the driving force of the entire series, makes my job pretty easy. At its core, A&A is about the strange friendship that exists between a 10,000-year-old immortal drunken warrior-poet and an ex-fundamentalist teenage ninja assassin. It’s a concept ripe for weirdness and humor, but all of that is born from the emotional underpinnings between Archer and Armstrong. 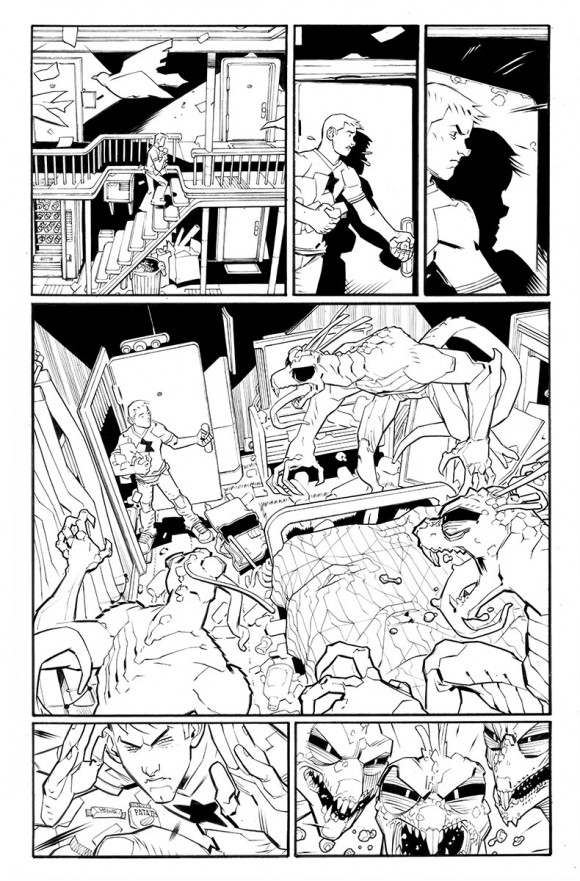 Dan: Will Archer and Armstrong be referring to themselves in the third person?

Rafer: I think that Fred Van Lente used that joke once or twice in his series, even going so far as to use the series’ logo when they shouted it. I loved that throwback to some older comics, but I’m not sure if I could get away with using that same joke without it feeling derivative…even though it’s awesome. 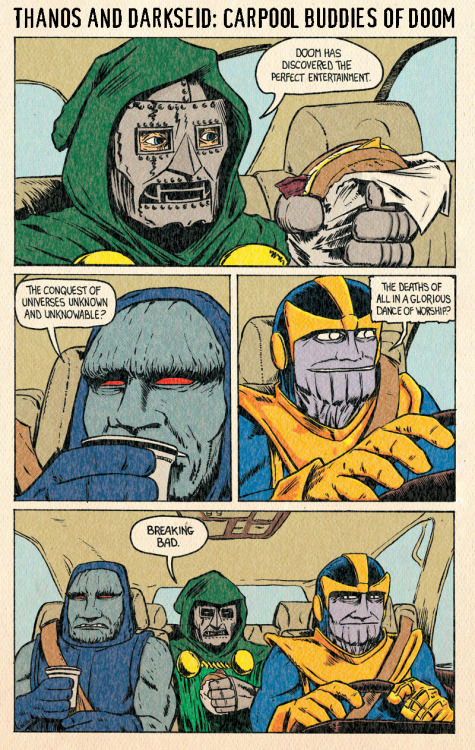 Dan: OK, seriously though. Or at least kind of seriously: Tell us about your collaboration with David Lafuente.

Rafer: David makes me look like a better writer. His style, I think, is a perfect complement to my writing on A&A. He can put a crazy amount of detail into a single panel without ever making it feel too crowded, and his style truly enhances the emotional underpinnings. David’s style falls on the cartoony side of the spectrum, but that style sucks you in and delivers emotional punches when you least expect it.

One other thing I appreciate about David are his instincts. He’s willing to add (or combine) panels if he thinks it makes a scene work better, or to move panels that were supposed to end a page begin the following page instead. He is able to capture the intent of a scene even if it differs from how I actually broke it down panel-to-panel. 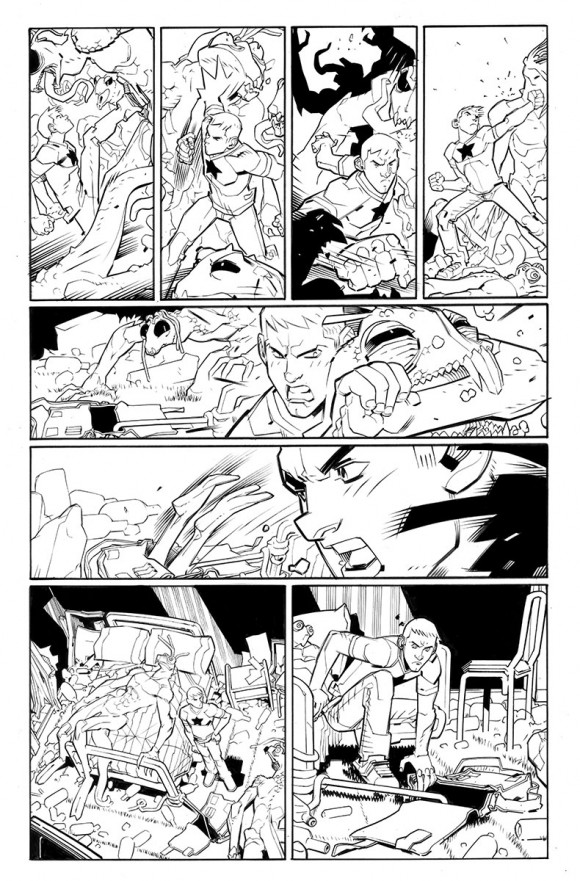 Dan: In 30 seconds or less, explain your first arc for someone who’s never read Archer and Armstrong before.

Rafer: Armstrong is a 10,000-year-old drunken, immortal, warrior-poet who ran afoul of a confederacy of secret organizations called the Sect a few millennia ago. Archer is a super-human teenage martial arts expert who was raised by a fundamentalist wing of the Sect and trained since birth to assassinate Armstrong. When Archer discovered that everything he had been taught by his adopted family was a lie, and that the Sect was the real evil plaguing the world, Archer switched allegiances and joined Armstrong. Now they fight against all the weird and strange forces who secretly control humanity and bicker like an old married couple the entire time.

In the first arc, Armstrong’s clumsy attempt to make amends for something terrible he did years earlier sets off a chain reaction of chaos and destruction. This chaos comes in the form of Bacchus, the ragged and insane monster claiming to be the Greek god of wine and revelry who has been plotting vengeance for being trapped inside of Armstrong’s magic satchel for 3,000 years. Archer, though irritated at Armstrong for his irresponsibility, has to rescue his friend and use his impressive ninja skills to help defeat the monster. 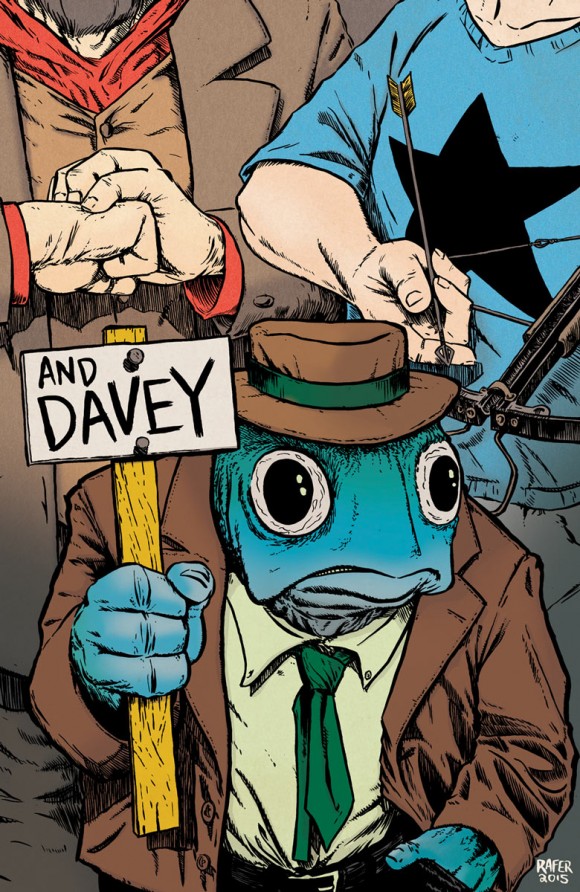