Comics historian Craig Yoe on the life and art of Morris Weiss.

NO MO’ MORRIS WEISS
And so yet another friend shuffles off this mortal coil, this one at just-shy of 100 years of age! I have to tell you, after writing remembrances for friends Bhob Stewart and Dick Ayers recently, this is getting to be a habit I don’t like one bit. 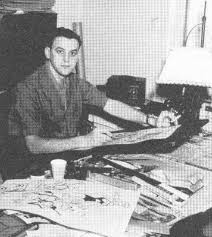 I got to know Golden Age artist Morris “Mo” Weiss (August 11, 1915 – May 18, 2014) over the years, purchased some original artwork from him and even recorded an interview with him a few years back. Let me tell you, he may never have been a big name fan favorite in comics but he was definitely a big deal! 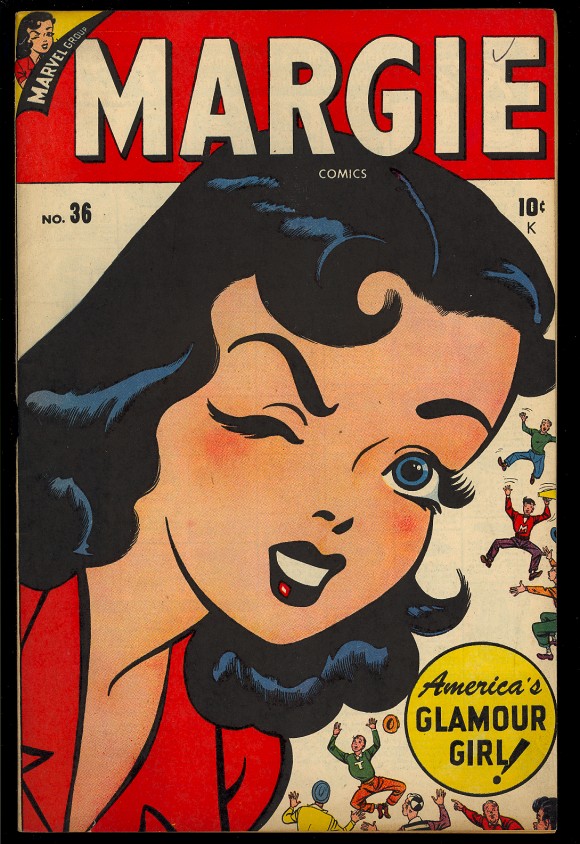 In comic books, Weiss became a mainstay at the postwar version of Timely Comics, Tessie the Typist, Wendy Parker, Hedy Wolfe, and Margie. Mo told me his attractive raven-haired wife Margie inspired the later feature. The art in these comics, often signed MSW was sexy, breezy, simple (in every good sense) and always flowed beautifully. Comic book story telling at its best. 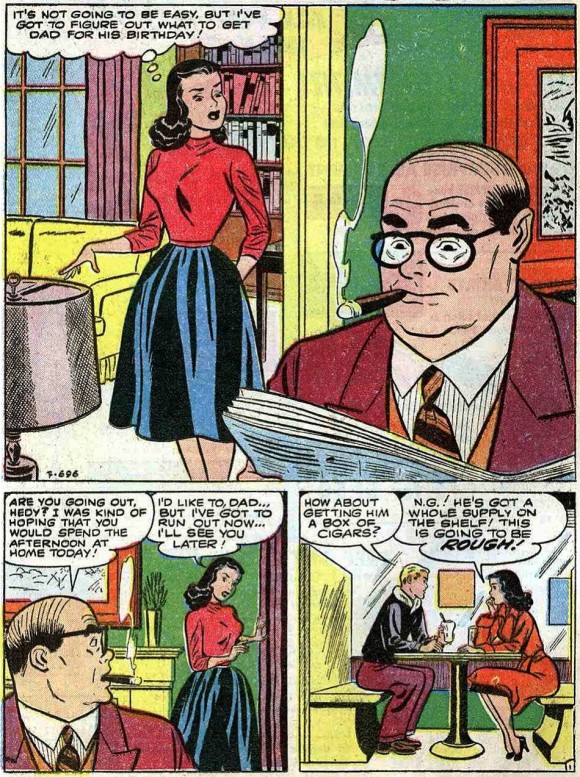 Weiss had, too, regular stints drawing and even writing sometimes for comic book publishing companies Lev Gleason, Holyoke, Quality and Dell Comics on all types of features.
Weiss’ main claim to fame, though, was the once amazingly popular strip, MICKEY FINN (McNaught Syndicate), about the life and times of a good-natured Irish cop. Morris assisted the strip’s creator, Lank Leonard, in the 1930s and ‘40s, returning to do so again in the ‘60s and eventually taking over the strip until it finished up in the mid-1970s.
The cartoonist was known to be quite the respected collector of illustration art, both comics and otherwise, having been bitten by the collector bug back as a pioneer of such in the 1940s. According to Wikipedia, he once purchased a Norman Rockwell painting for only $150.00! Try to do that today. Go on. Try. Mo eventually sold off most of his collection after retiring. I think I got his last piece of art from his once huge collection, a color self portrait of Sheldon Mayer drawing his  boy cartoonist character Scribbly. Mo  loved it as much as I did was glad it found a good home, I reproduced it soon after in my book “Comics About Cartoonists: The World’s Oddest Profession”. Mo got a real charge out of that!
Behind the scenes, Morris Weiss was known as a good friend to have, especially in times of need. It was Weiss’s strong interest in art and illustrators being an important part of the spark of an idea that eventually became the National Cartoonist Society’s Milt Gross Fund. In recent years, that morphed into the National Cartoonist Society Foundation, the non-profit charitable arm to the NCS. True to form, after his retirement to Florida, he and his Margie worked tirelessly for other charities there.
Margie the comic book feature may never have gained the notoriety of Spider-Man or even Or even Captain Marvel Bunny but just because you may never have heard of him doesn’t mean Mo Weiss wasn’t important in the history of this “oddest” business we’re in.
Thanks for your great comics especially the Good Girl Art, pal, I told you how I loved it and how it inspired my own attempts. And big thanks, Mo, for all the unselfish good you did to help others, I hope that inspires me, too!
Rest in Peace.
–Craig Yoe whose books of comics history can be seen at http://yoebooks.com) with Steven Thompson of the popular BookSteve’s Library blog http://booksteveslibrary.blogspot.com