Fans think of Adam West, Burt Ward and William Dozier, but it was Lorenzo Semple Jr., as much as any of them, who brought us Batmania: A special GOTHAM TRIBUNE tribute. 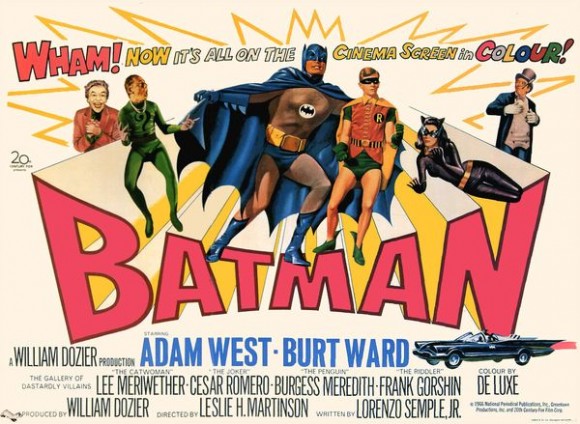 Semple died today and you can read a full obituary here. He had a pretty cool career but for someone like me, his name is synonymous with what we now simply call Batman ’66.

Officially, he was a script consultant on the show. Unofficially, he was one of its prime visionaries. So here’s a tip of the cowl to the great Bat-satirist, whose scripts were the best mix of high adventure and high camp.

These are his 5 Greatest (credited) Bat-Episodes:

This is the one where the Penguin owns a restaurant and keeps trying to get himself thrown in jail as part of an elaborate forgery scheme. It doesn’t have the greatest cliffhanger — who really cares if Chief O’Hara drowns — but it does feature probably the best Batshield moment … when the Dynamic Duo boldly walk into gunfire. 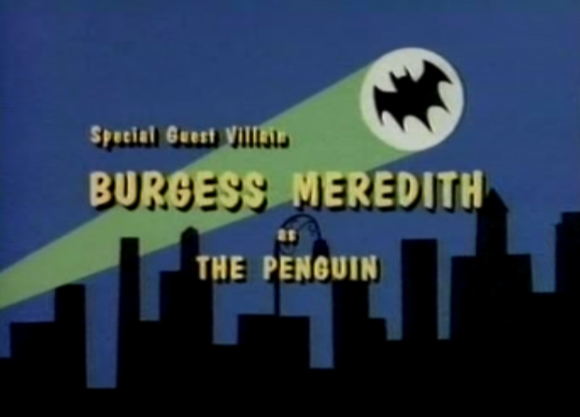 Semple had a particular handle on the Penguin and this first outing is stellar, based on Batman #169. The Penguin bugs Batman with a transmitter, hoping the Caped Crusader will inadvertently give him his next great criminal idea. The giant umbrella! The Bruce Wayne fiery deathtrap! Dawn Robbins! Burgess Meredith at his best! 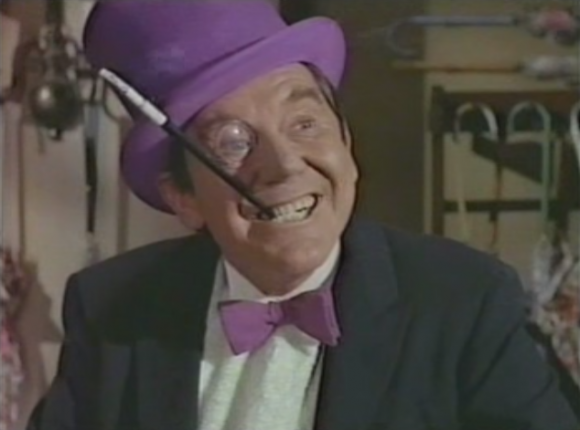 Man, this episode kills on so many levels. The Joker “gimmicks” vending machines around school to give out silver dollars — a nefarious scheme to lure students into a life of juvenile delinquency. There’s also an attempt to fox a high school basketball game. And Dick Grayson tries a cigarette. The episode features one of the great traps — the electrocuting slot machine — and one of the great molls, Donna Loren’s head cheerleader Susie, to whom the Joker gives luxe gifts like huge bottles of Mexican perfume. 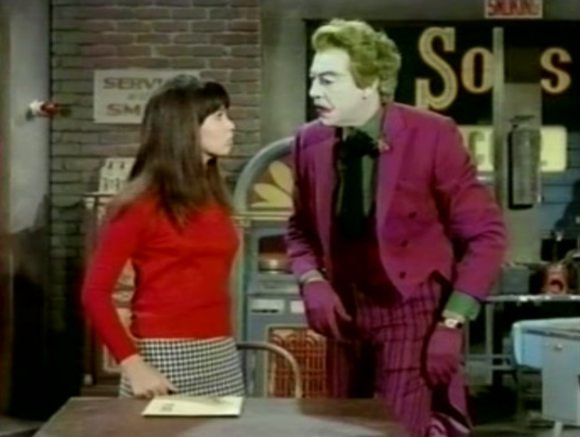 The episode against which all others are generally measured: The pilot that started it all. Yes, Frank Gorshin steals the show, but Semple defined a character who heretofore had only recently re-emerged in the comics. The episode features the series’ only lasting death — Jill St. John’s Molly — and … wait for it … the BATUSI. 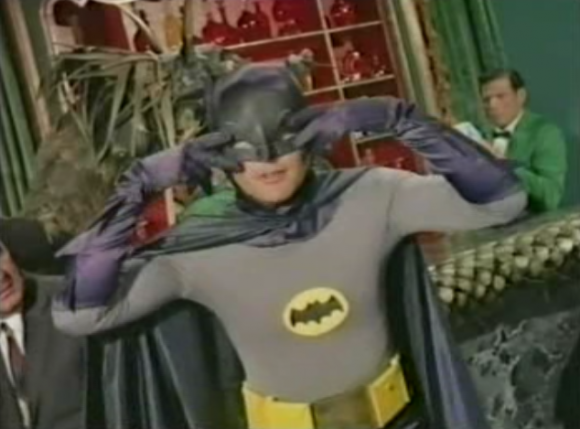 Four villains, four vehicles, a love story, a plot not only to take over Gotham, but the world! Oh, and these immortal words: