The comics world has lost another good one. Bhob Stewart’s friends sent us their heartfelt thoughts. 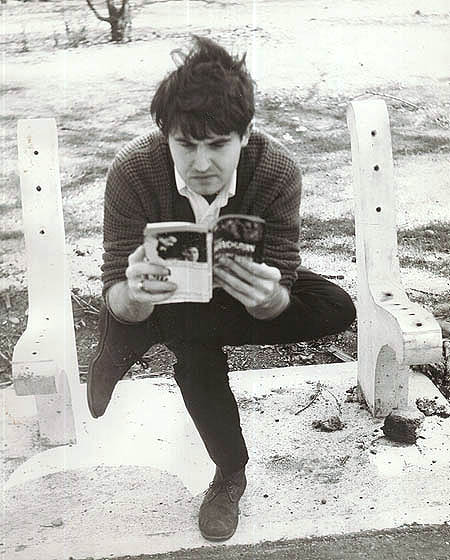 Bhob Stewart died Feb 24 of respiratory failure following a long battle with emphysema and recent battle with pneumonia. Bhob was a great guy. He was an original EC Fan Addict in the 1950s and played a major role in boosting fandom from his launch of the very first EC fanzine, the EC FAN BULLETIN, ’til the very end. His interest in pop culture was ever expanding and he was one of the first to deserve the title of pop-culture historian. He became a good friend and associate to Wallace Wood, worked at TOPPS, DC Comics, and more. He could write, draw, organize, edit; he was a very unique, intelligent, knowledgeable, devoted fellow. Right to the end, he was helping us on the coming hardcover WIZEND archives. Any time I called, he was helpful. The world needs more like him — he is missed.

Bhob Stewart (1937-2014) R.I.P. Still reeling from the sad, sad news of Bhob’s passing. Artist, editor, writer, historian. Benefactor to countless artists and writers who he helped get work with no financial reward sought for himself–he seemed to have unselfishly made that one of his main missions throughout his life. Everyone who he touched through his work, Castle of Frankenstein, Heavy Metal, Wacky Packs, his incredible http://potrzebie.blogspot.com/.

There wasn’t a nicer, cooler guy  and a bigger champion of cool artists from Wally Wood to MANY unrecognized talents he generously, tirelessly worked to help. He turned me on to Bruce Ozella for the Popeye comics. He championed me to DC and I got to work with Joe Orlando. We have been doing a book –Bhob finished his part, I’m so sad I didn’t finish mine for him to see.