Doc Ock’s time in the web may be drawing to a close soon … as Marvel ramps up “Goblin Nation” in this preview: 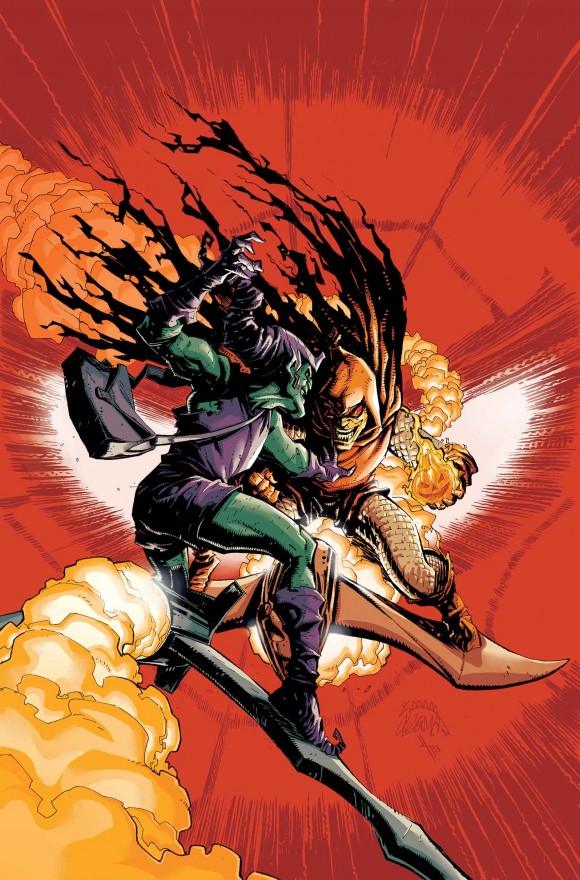 Herewith the official Marvel blurb: “The stage is set for the biggest Superior Spider-Man story of them all! And it starts right here in the Earth-shattering Superior Spider-Man #26, from blockbuster creators Dan Slott, Humberto Ramos, Javier Rodriguez, and Marcos Martin! Nobody has pushed Peter Parker harder than the Green Goblin. But as Spider-Man’s greatest nemesis returns, will Otto Octavius be able to withstand the onslaught? Moving in the shadows, the Goblin and his army have prepared for war right under his very nose! And the first battle is upon them as the Green Goblin goes glider-to-glider with the original Hobgoblin! And only one of them is walking away … Questions will be answered this January as the opening shot of “Goblin Nation” is fired … ”

The book is due out Jan. 29. Herewith some art: 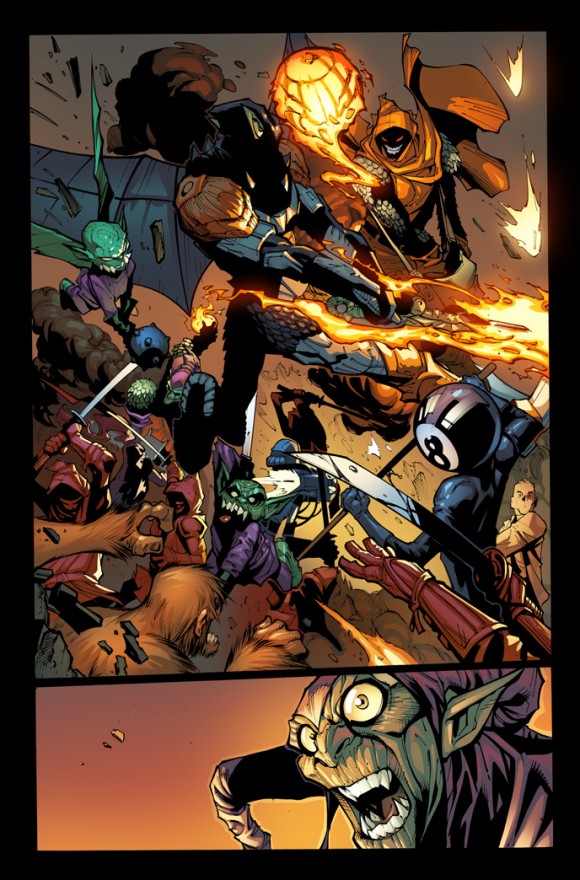 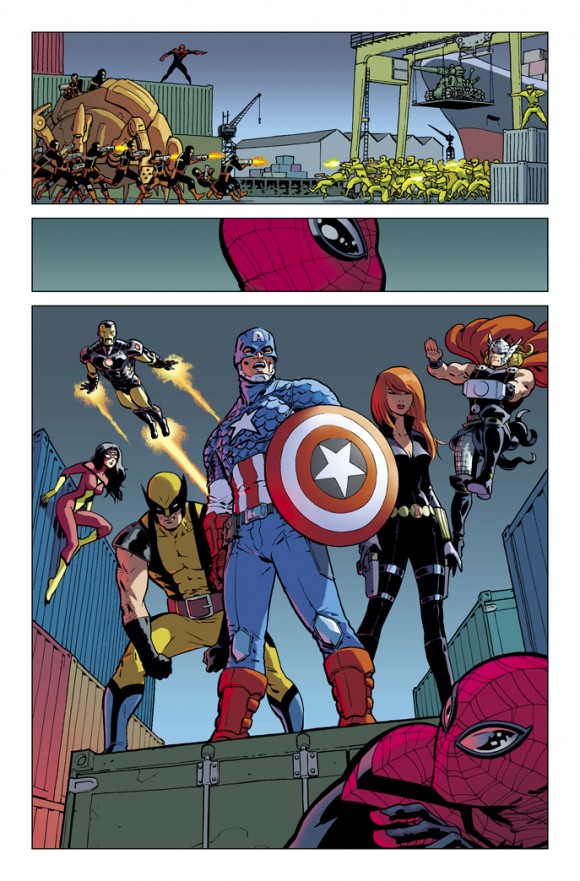