PREVIEW! Planet of the Apes Vol. 5

Boom! Studios has pubbed some of the best Apes comics ever. And next week, they’re bringing out the Vol. 5 trade of Daryl Gregory’s epic. 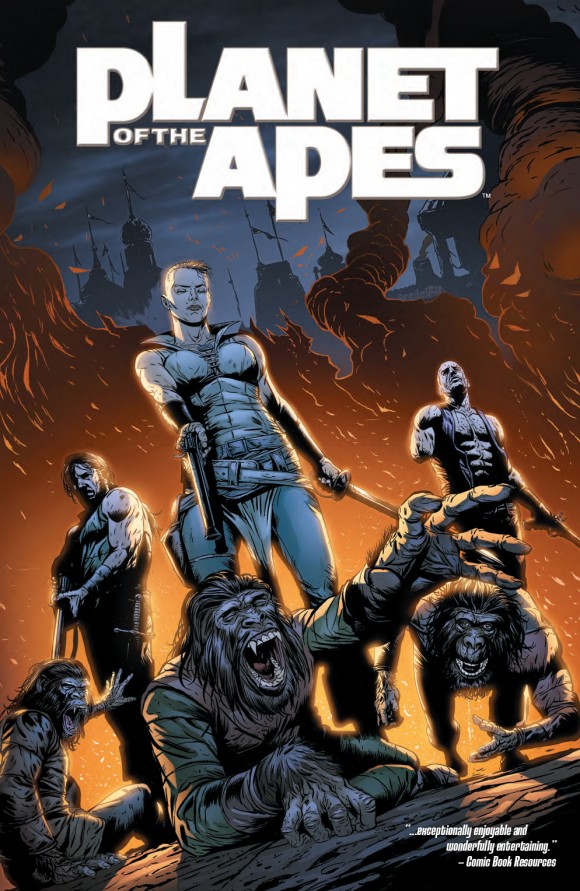 This volume wraps the series, which takes place in the original Apesverse but many, many years before Taylor and his crew crashed. Humans and apes share a very uneasy and not-so-peaceful co-existence …

Here’s the official info from Boom!: Release date: May 21. Author: Daryl Gregory. Artist: Diego Barreto. Cover artist: Marek Oleksicki. Price: $14.99. Synopsis: When the Lawgiver was assassinated by a human, Ape City fell into a vicious civil war. Ten years have passed since the horrific violence and a fragile peace is emerging. Voice Alaya has been deposed and awaits sentencing in Ape City’s prison. Meanwhile, Sully has begun to rally forces, both human and ape. Little do they know they’re both on a collision course towards an even greater danger… Collects the PLANET OF THE APES SPECIAL, SPECTACULAR, and GIANT issues and concludes the series Jason Aaron has called, “The best PLANET OF THE APES comics ever.” 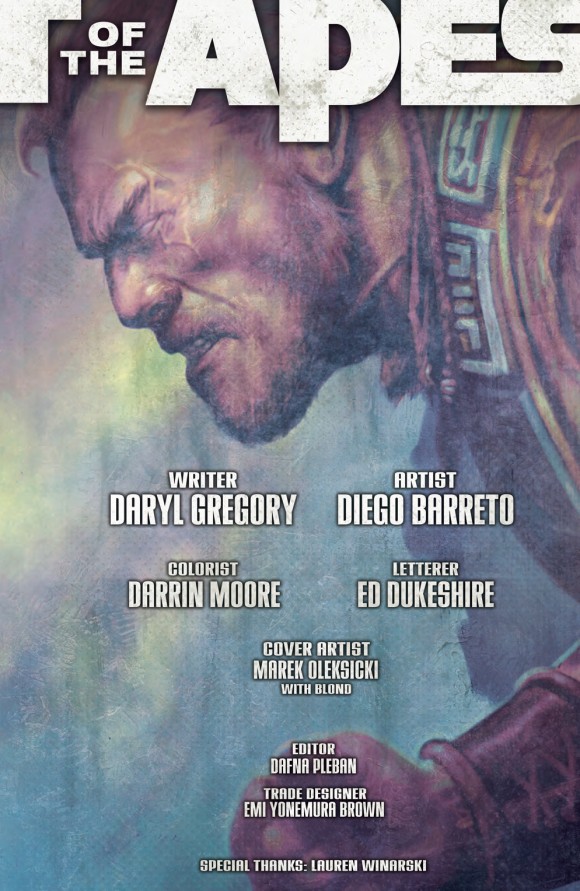 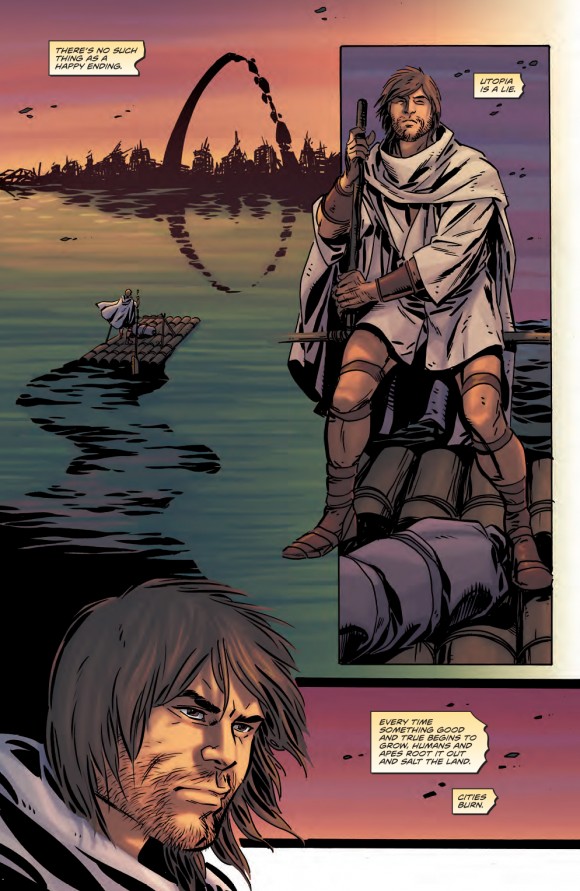 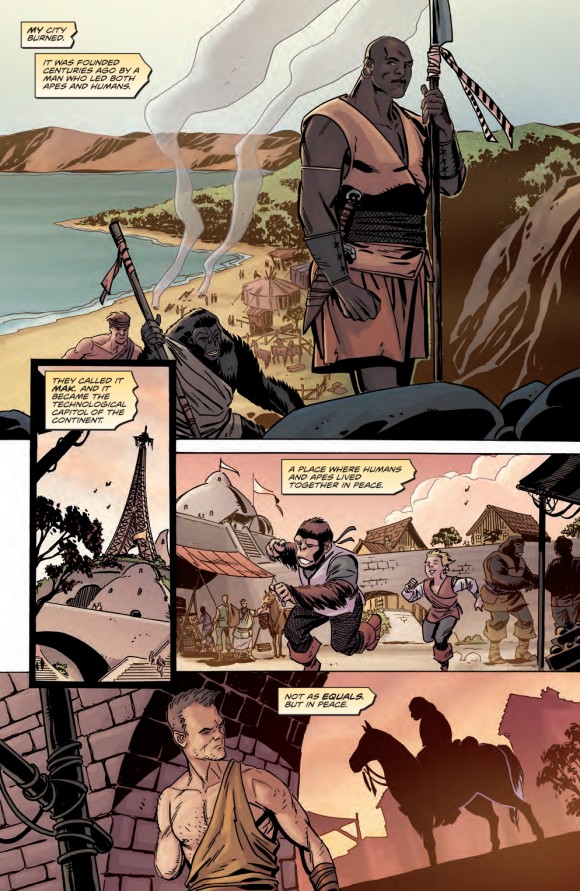 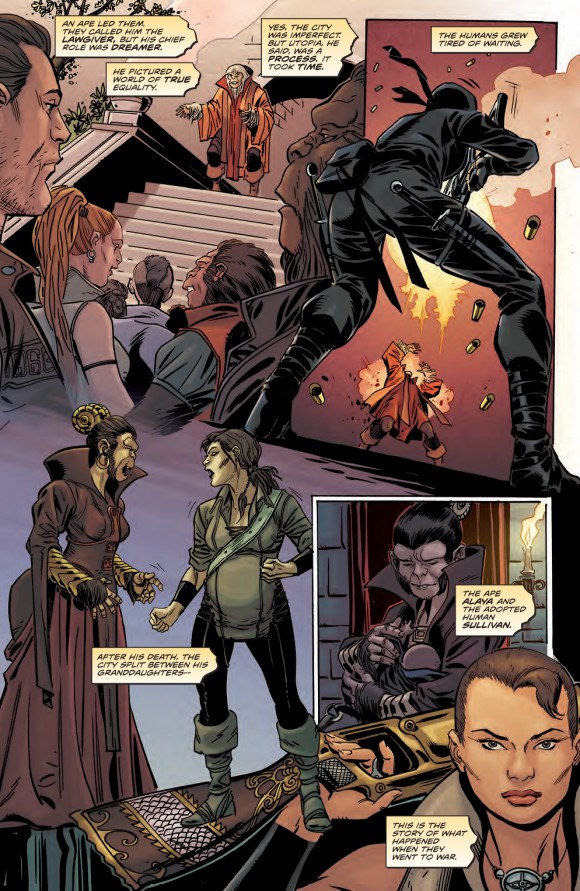 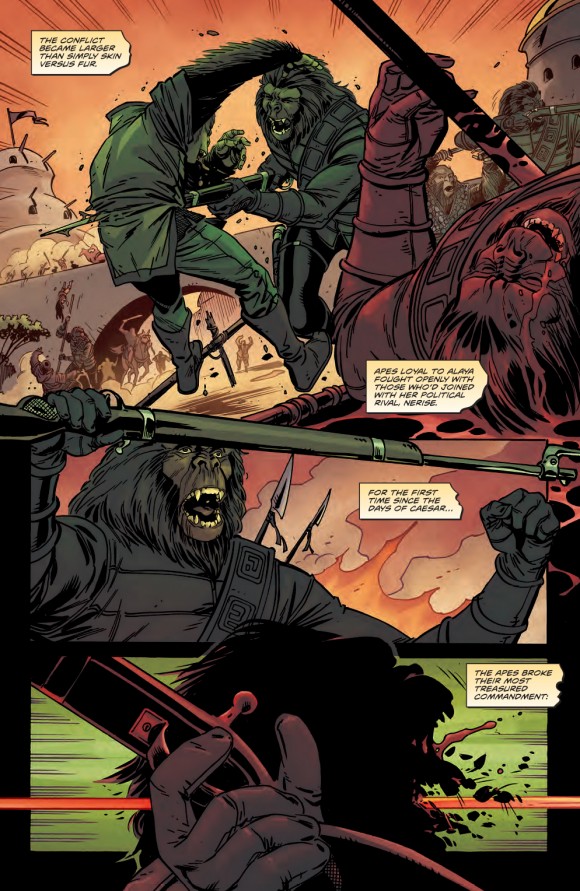 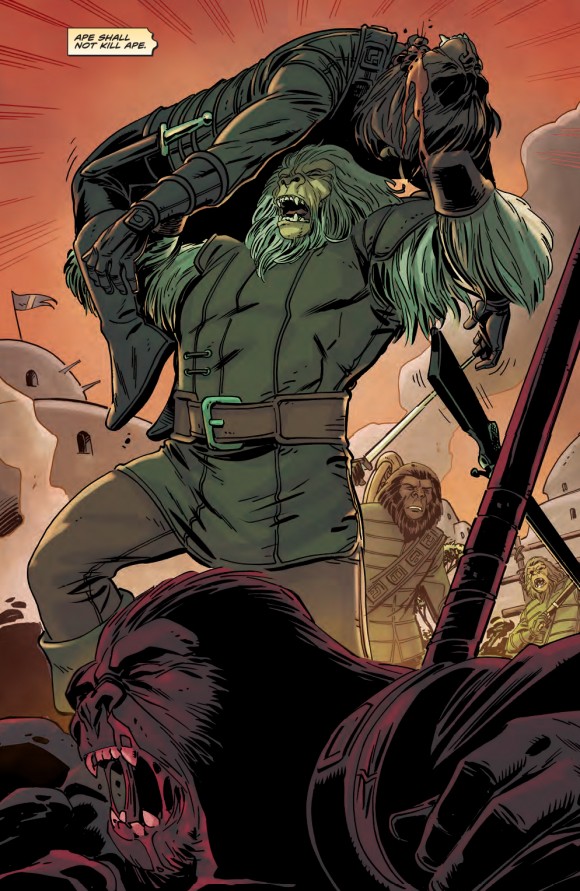 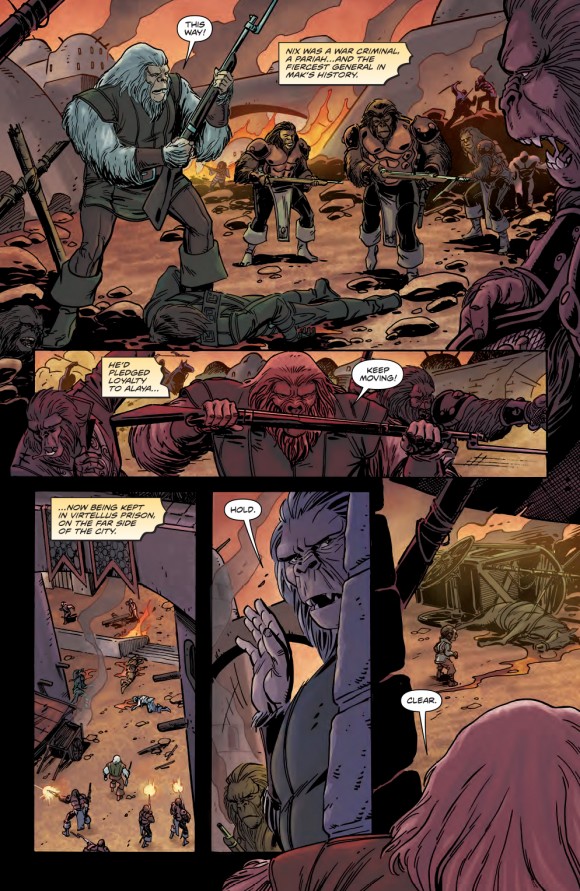 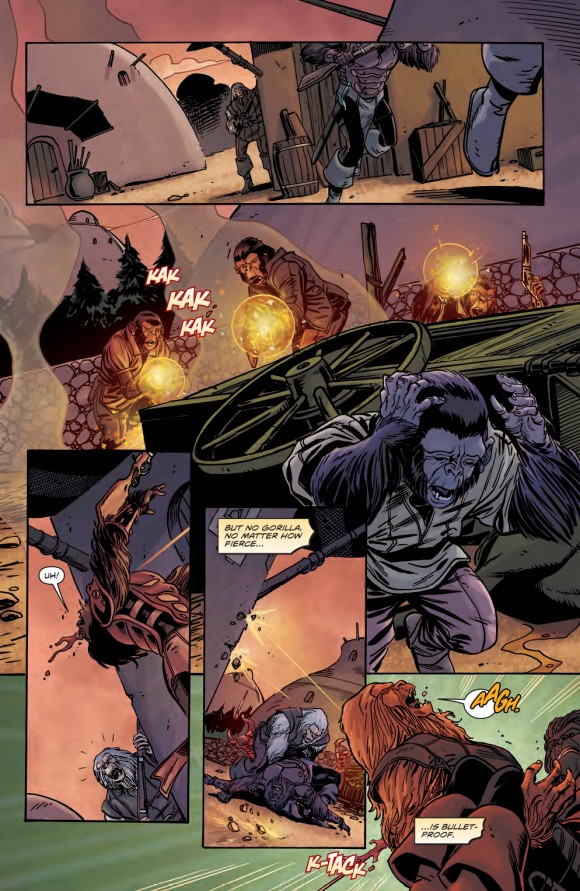 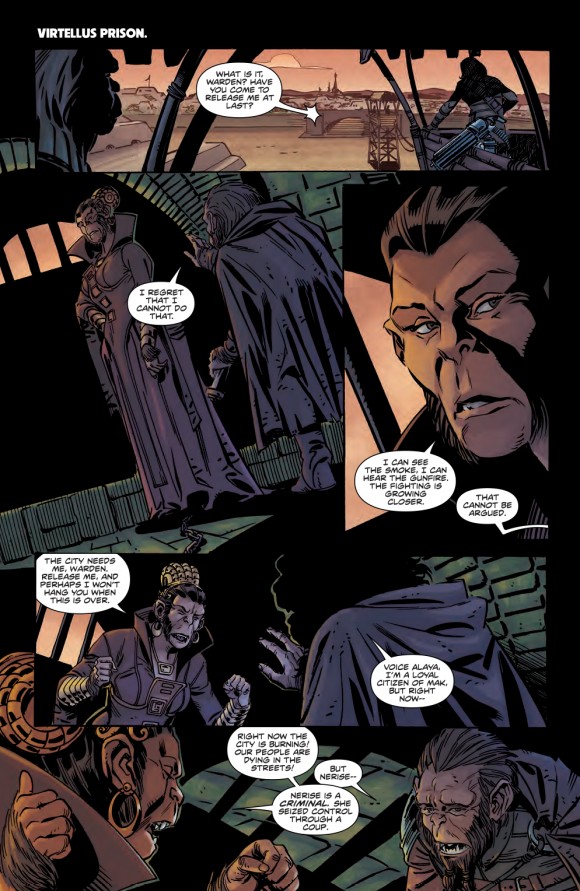 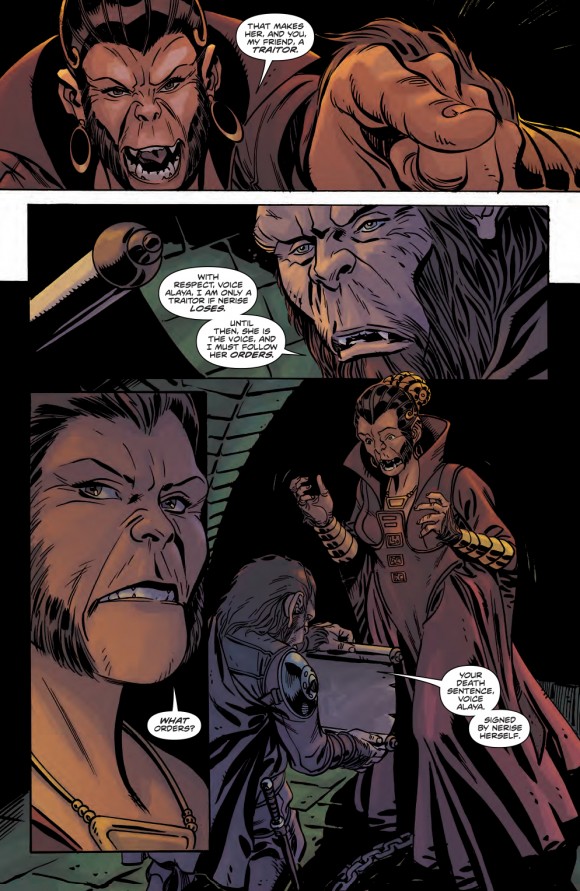 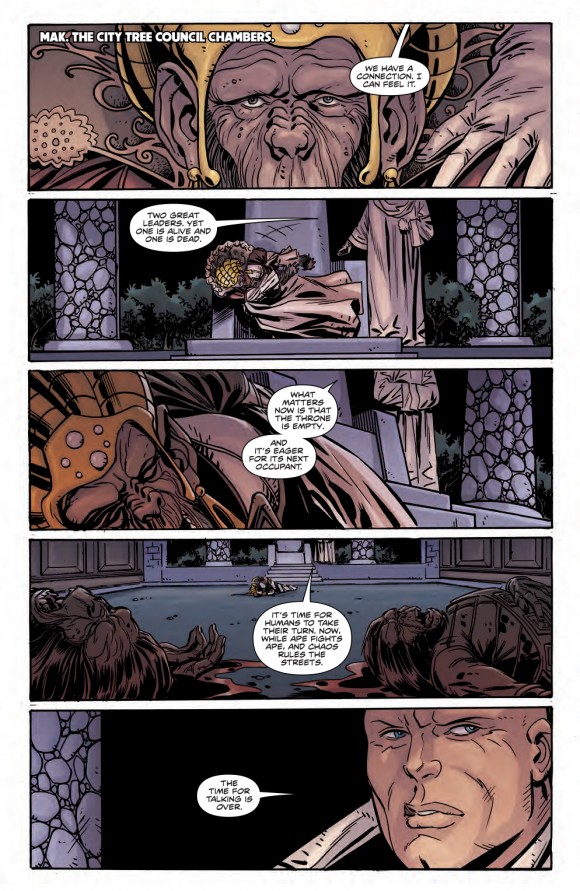