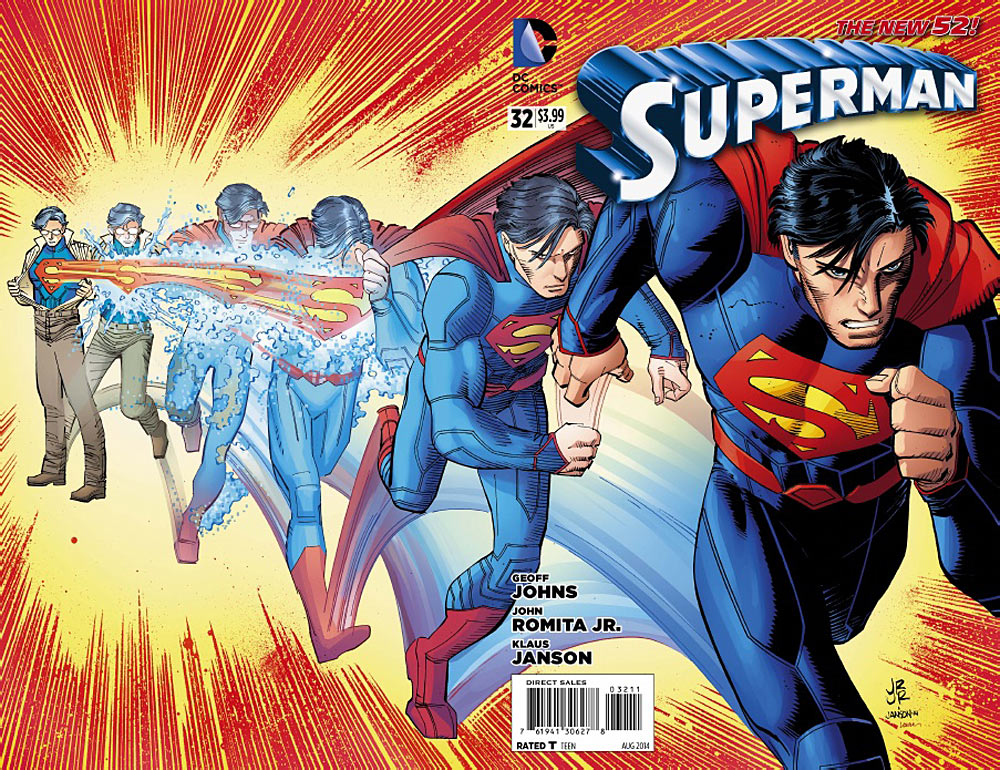 Now, I’m an optimistic sort and I’ve not been a New 52 hater, even as I’ve questioned some of DC’s creative moves since the 2011 linewide relaunch.

Superman , for instance. While I’ve appreciated how DC’s handled Batman and Aquaman and some other characters, I’ve been down on Superman, who seems to be a different character among different writers. I found Grant Morrison’s origin story in Action impenetrable, didn’t care much for Scott Lobdell’s version in Superman, couldn’t get excited for Scott Snyder’s take in Superman Unchained and liked Greg Pak and Aaron Kuder’s Action run OK enough before it got hijacked by a Doomsday crossover I didn’t ask for.

See, it’s been said many times and many ways over the last few years, but DC (and, by extension Warner Brothers) really doesn’t understand what it has on its hands with Superman, who, you could argue, is the most important character in American mythology. 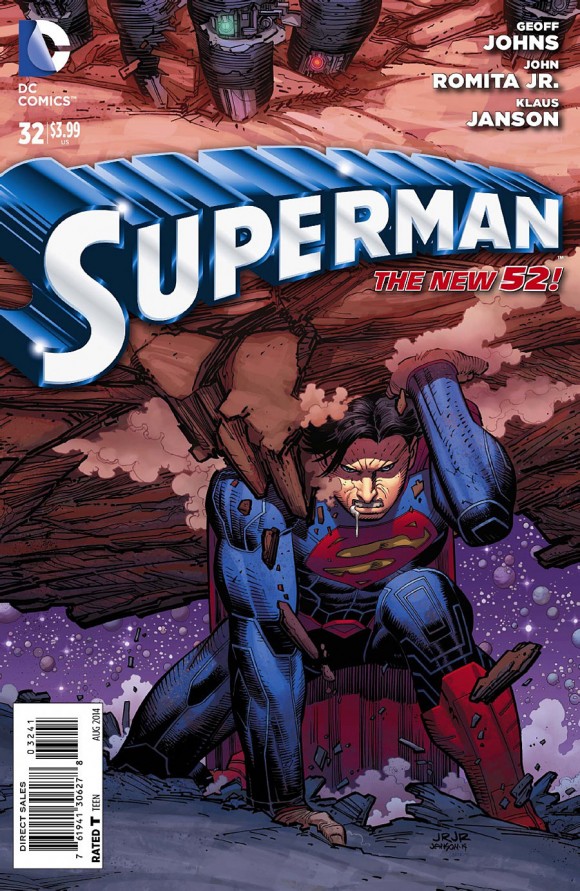 I’m not gonna get into the whys and wherefores here. I’d just be treading the same ground. But I will say that the Superman we have right now doesn’t feel very super at all. If the decision to darken him and youngen him was supposed to give him more personality, it hasn’t worked. The opposite’s happened instead — this Superman is a cypher. I have no idea what motivates him or makes him interesting, regardless of his Nehru collar, armor and too-long cuffs. (For that matter, I’ve been confused by who Luthor is too.)

I didn’t grow up a Superman fan. I liked him OK but I found him to be a snooze, especially when compared to the far more interesting Batman of the Bronze Age. And, heretic that I am, I’ve never really liked Curt Swan’s art.

No, I really didn’t begin to understand Superman until I saw “Superman: The Movie” as an 11-year-old. Tried the comics. Didn’t take. In ’86, however, I bought into the John Byrne “Man of Steel” reboot, lock and stock. Basically, it was “Superman: The Movie” translated to the page, with some variations. 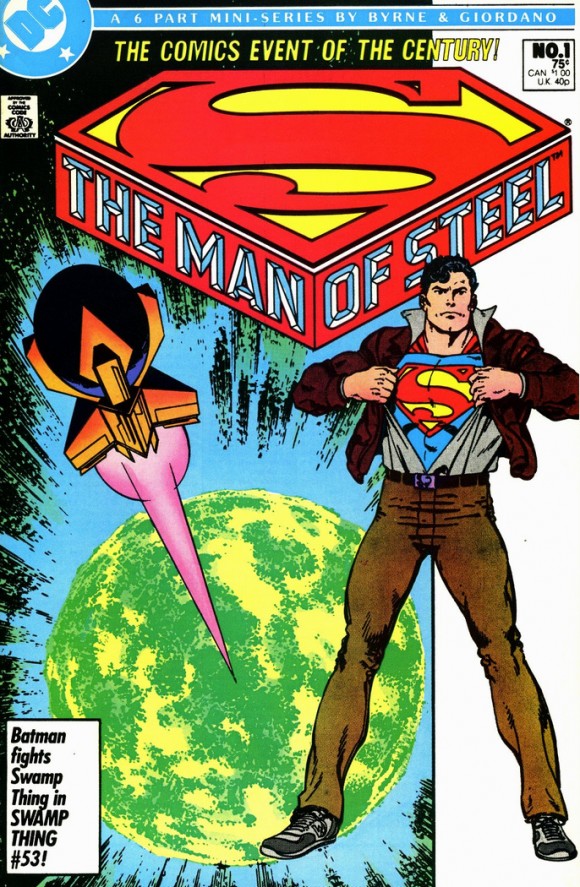 Superman was a superhuman with human sensibilities, he did right because it was the right thing to do and had a sly confidence and inherent understanding that being Superman was pretty cool.

That version didn’t last long, relatively speaking, and seems to slip more and more into the mists of forgotten time.

This brings me back to Johns, whose Action Comics run of 2006-08 I adored. That title, especially when Johns was paired with artist Gary Frank, was my favorite book for a spell. This was a Superman who was very close to the Byrne/Reeve sensibility. It played up his boy-scoutness without making it seem hokey or cornball. It made him endearing. 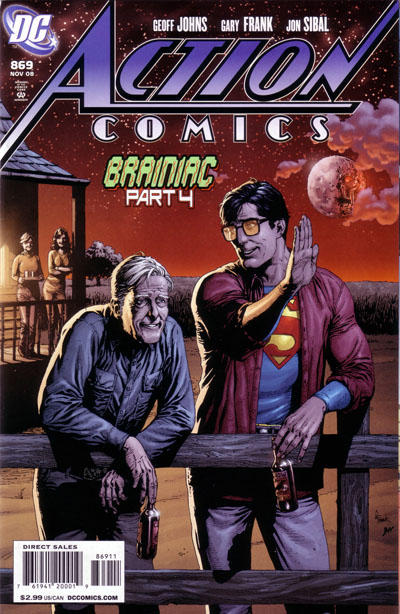 I have my fingers crossed that Johns has a second solo run in him, within the context of the New 52. The Superman he writes in Justice League is flat. I have no idea who that guy is. He seems to have no personality at all.

DC is also playing up John Romita Jr.’s role in all this (and hey, look, here’s Klaus Janson along for the inks!). It’s the first time the Marvel mainstay has done anything for DC and I admit it’s strange to see the name Romita on the cover. I’m not sure he’s the best pick for Superman, at least from what I’ve seen so far; his style is a little too scratchy, a little too angular for the Man of Steel. But we shall see.

I recognize that I’m not necessarily the reader these guys are looking for right now and I can accept that. But I hope that Johns, who learned at the knee of Richard Donner, brings back at least some of that magic.

Because that’s the Superman we need right now. And the one we deserve. 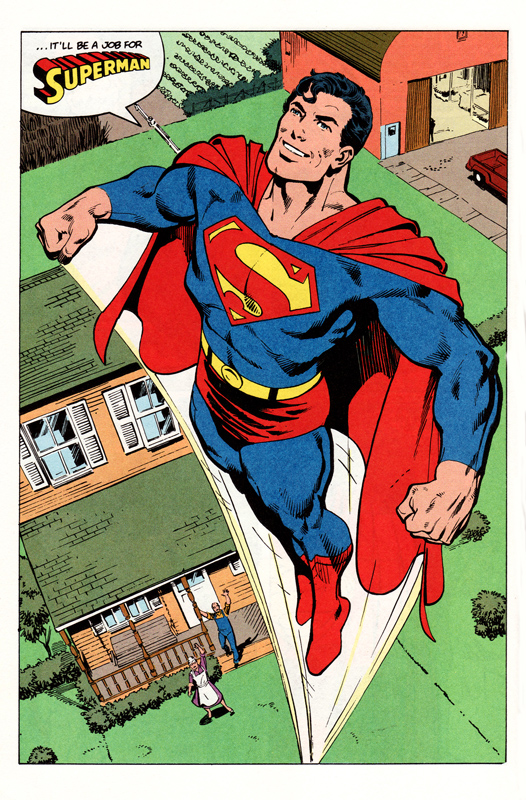