The celebrated Mr. K celebrates the Bronze Age cult classic on its anniversary… 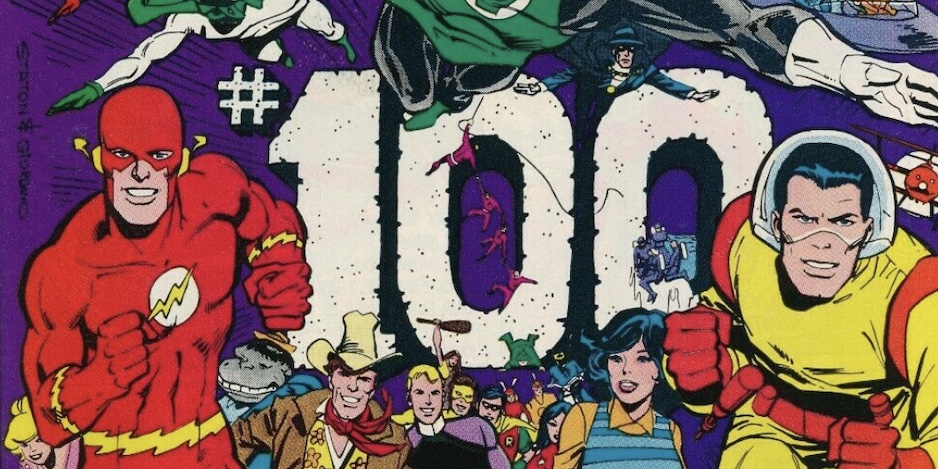 Showcase #100 is, without a doubt, one of the most popular comics that I’m requested to sign at comic book conventions. I can always count on several a day passing under my Sharpie no matter where I am, and from readers who read it when it was new, as well as those who came to it later through the back-issue bins.

Showcase #100, the comic book I’ve come to describe as “Crisis on Infinite Earths done in one, and no one had to die,” went on sale 44 years ago (!) today in 1978 and was, even at the time, an act of insanity. Edited by Joe Orlando, written by Paul Levitz and myself, with art by Joe Staton, lettering by Ben Oda, and color by Adrienne Roy, the initial intent of the 100th anniversary issue of the legendary title (originally published between March/April 1956 – September 1970, then revived August/September 1977 – September 1978) was to feature every one of the characters and/or groups that had appeared in the original 96-issue run of Showcase and then graduated into their own title or feature. 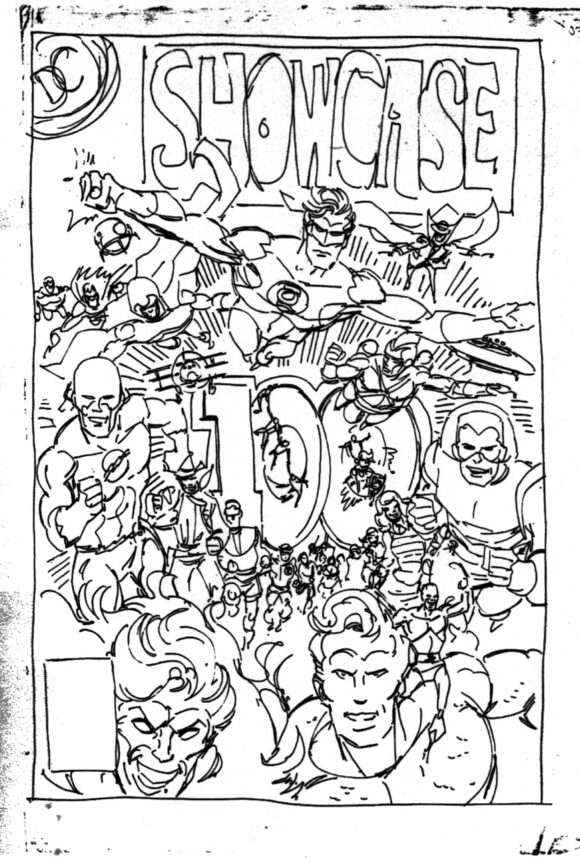 There were plenty of characters to work with: the Flash, Lois Lane, Green Lantern, Atom, Aquaman, Adam Strange, the Metal Men, Hawk and Dove, the Creeper, to name a few. But once Joe Staton got hold of the plot, he must have figured what could a few more hurt and tossed in cameo appearances by a bunch more.

The full “making of” story and “cast of characters” was laid out by (the other) Paul in the issue’s text pages (see the bottom of this post), but I hold that I was the one who got to have the real fun with this now-classic tale as the one who got to write the first draft of the dialogue off of Joe’s pencils. You’d think it would be a daunting task, but as a lifelong Showcase fan (at the time, I owned the entire run of the title), I was no stranger to even such obscurities as Fireman Farrell (for which I own the original art for the logo from Showcase #1 because I really am that big a fan of the title).

The Cover. By Joe Staton and Dick Giordano, because it’s freakin’ epic, whether in its rough layout, printed form, or as a killer shadowbox by Todd Reis. 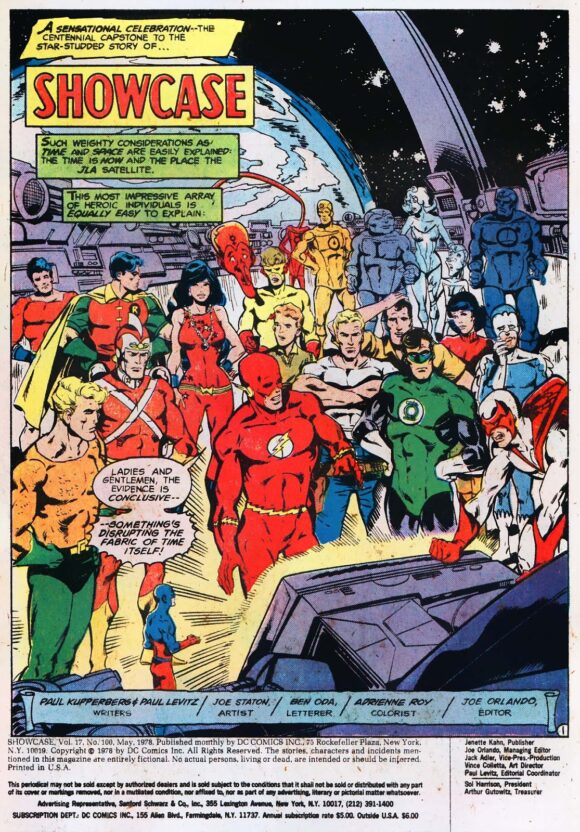 Pages 2-3. Followed by a double-page spread that handily sets up the danger. These days, it would require a six-issue miniseries just to get to this point in the story. 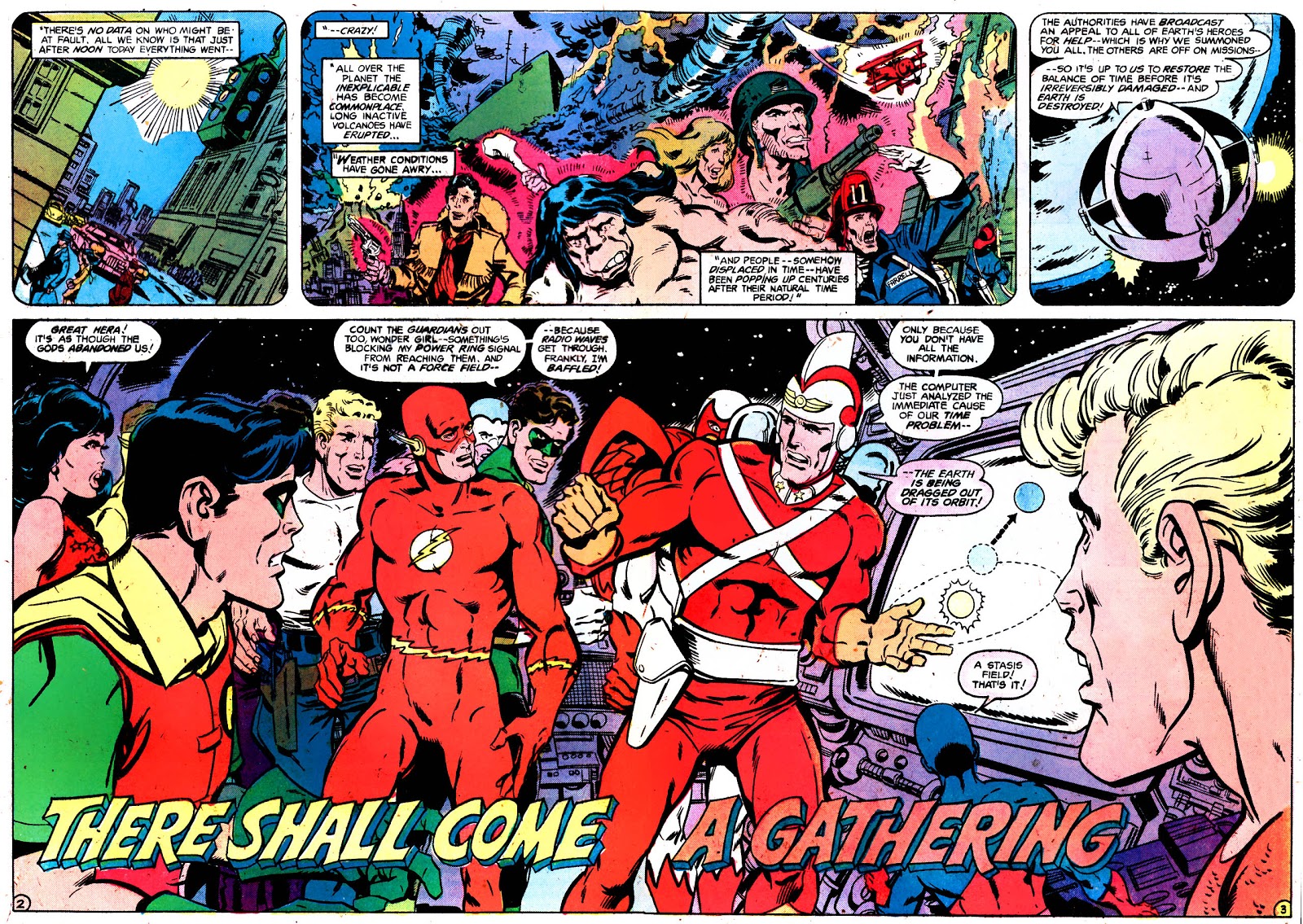 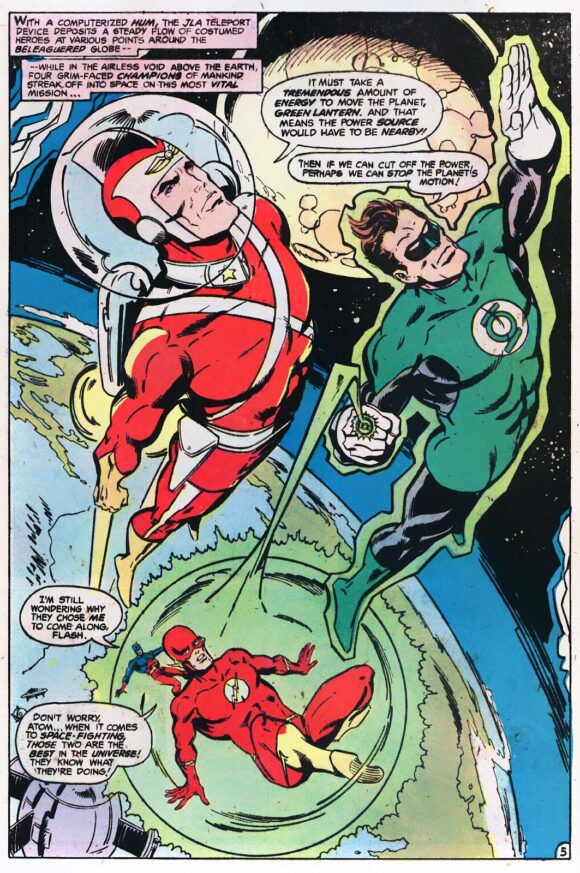 Page 17. What a splash, probably my favorite scene in the issue. Tommy Tomorrow. Binky. Dobie and Mayn… I mean, Windy and Willy. Anthro. Angel and the Ape. The Inferior Five. Firehair. And Bat Lash. 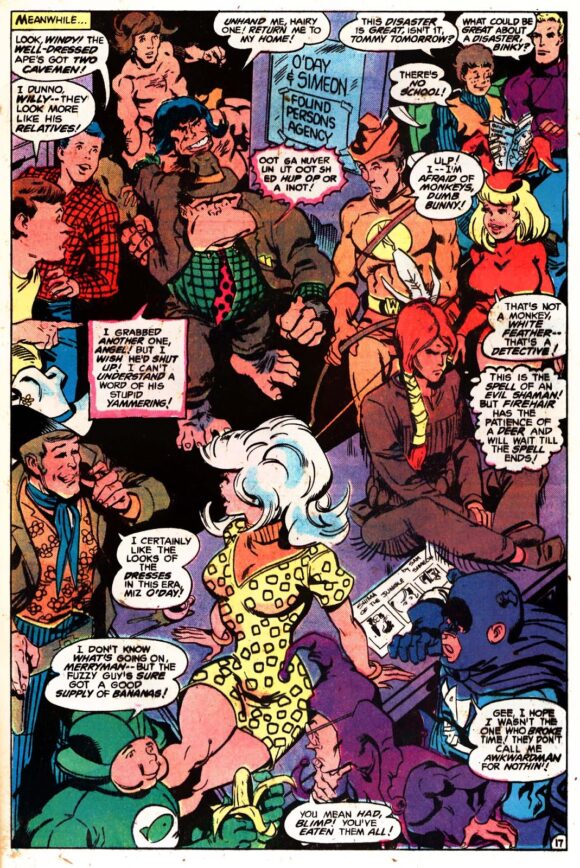 Page 20. Because comics can always use more Dolphin. 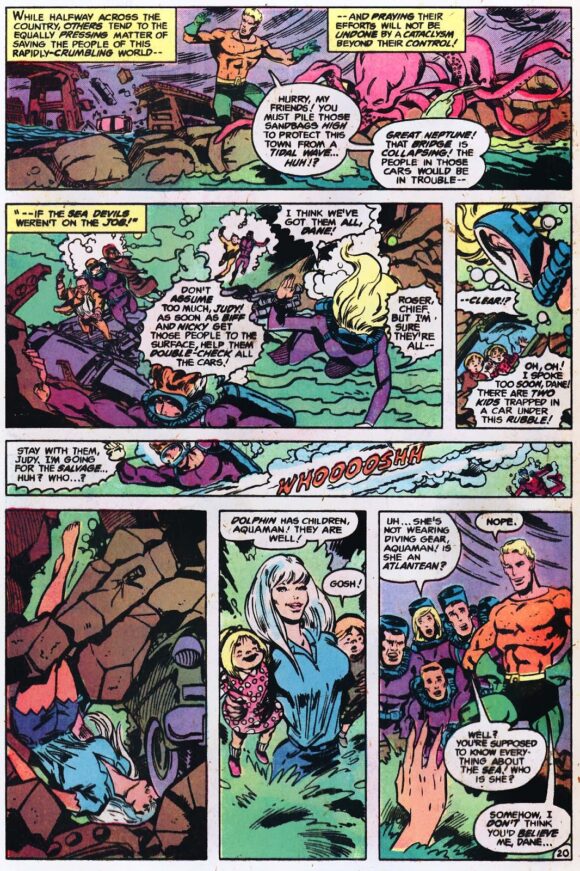 Page 21. All the other heroes aside, Joe also snuck King Faraday and Manhunter 2077 into the crowd. 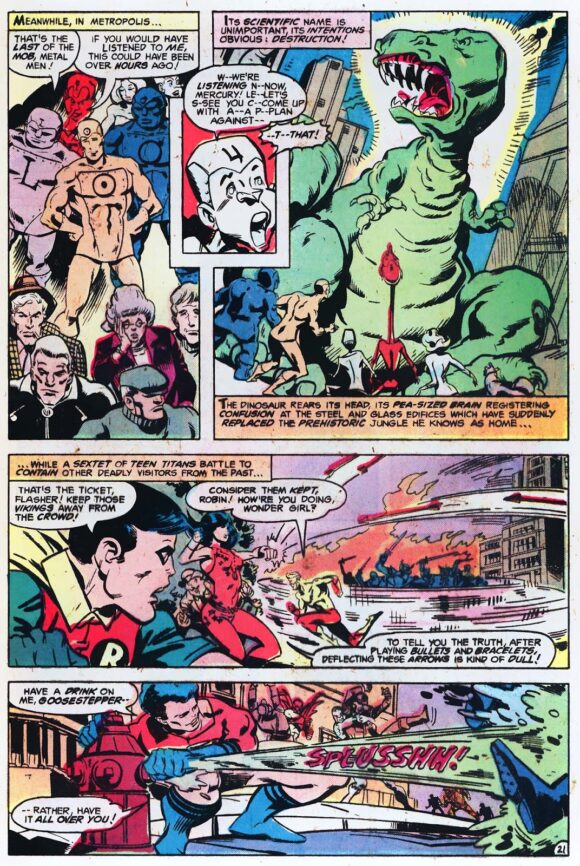 Page 23. Because when I was a boy, superheroes juggled planets and, by gum, we loved it! 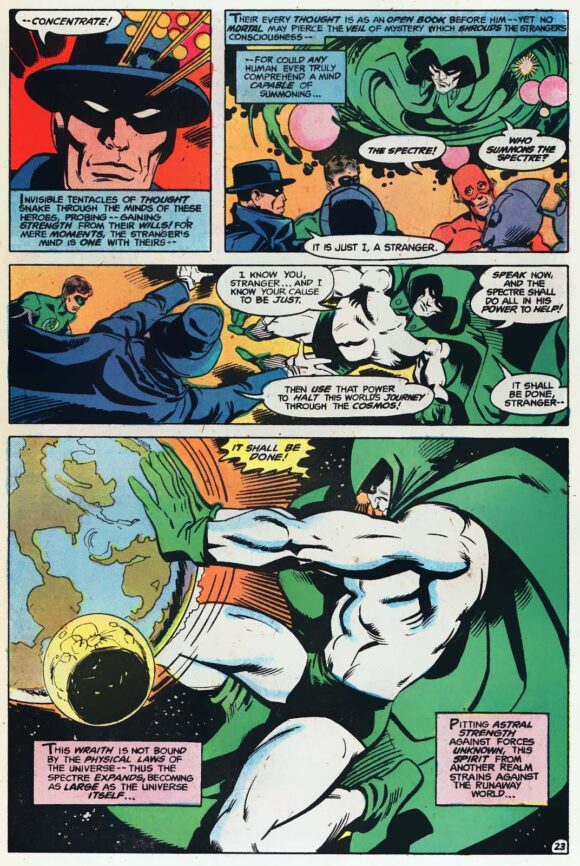 Page 25. Move over, boys! Lois calls dibs on the challenge the Challengers were about to take. 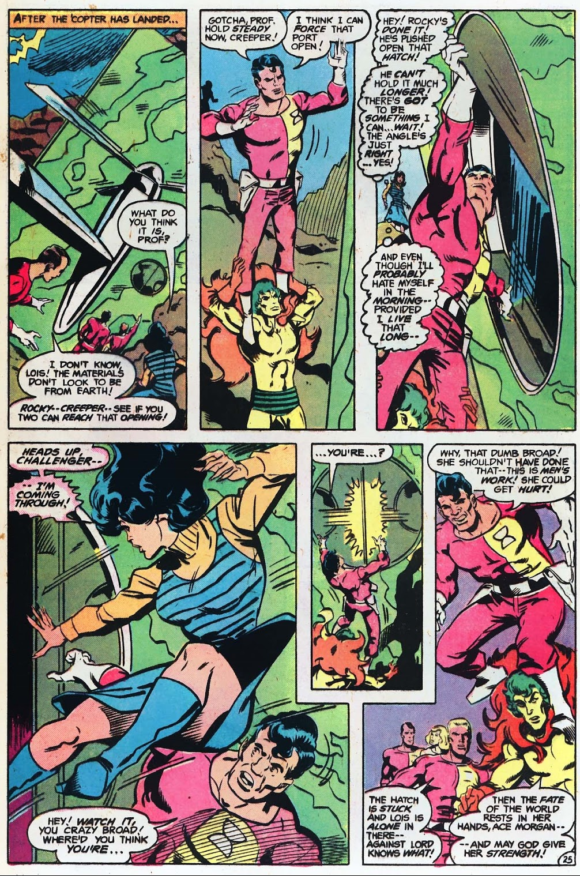 Page 30. The last splash. We expect nothing less than such heroism from Cryll. 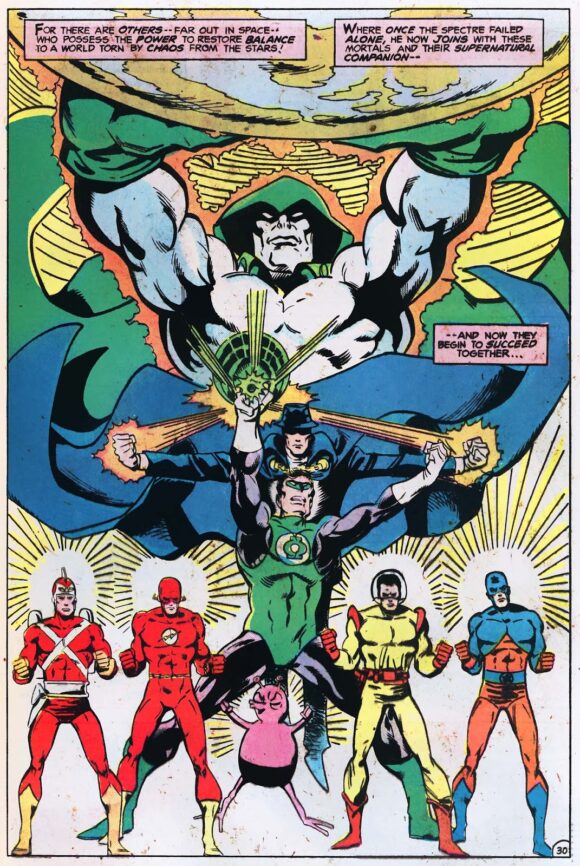 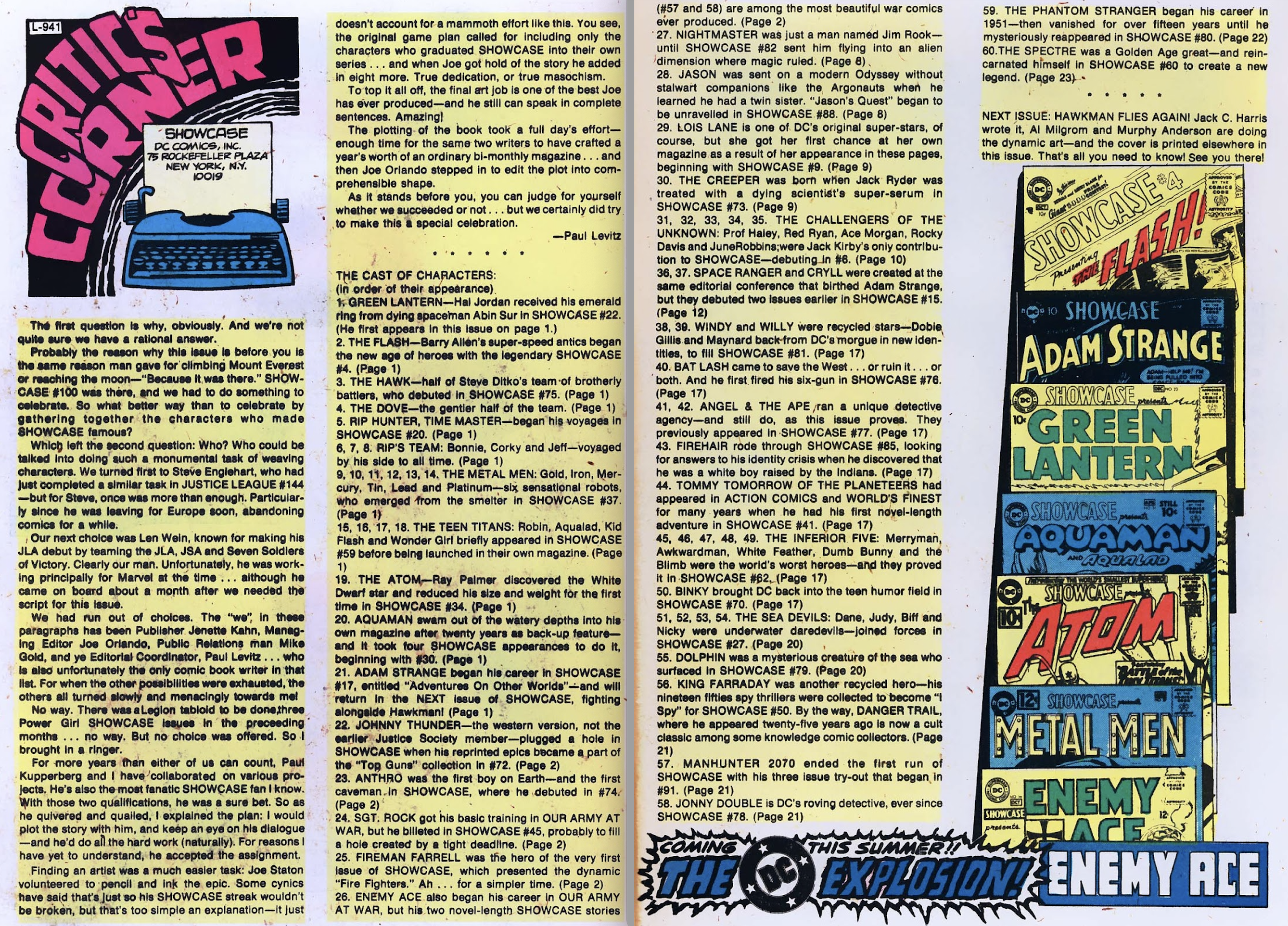