NOTE from Sheepish Dan: Robert Kanigher’s birthday was actually June 18 but I neglected to post this terrific piece by columnist Paul Kupperberg simply because I let it slip through my fingers. Nevertheless, it holds up perfectly well, obviously, so dial back your mind to three days ago and dig it.

Robert Kanigher (June 18, 1915–May 7, 2002) was one of the most interesting men in comic books. He was arrogant, irascible and argumentative. He was a spinner of epic tales both on and off the page, a mad genius of comic book creation. According to Mike’s Amazing World website, he’s comics’ fourth most prolific writer, scripting almost 30,500 pages across more than 2,700 stories between 1941 and 2000.

Bob could also be a bit of a bore. He was more a monologist than a conversationalist, a close talker who would get in your face and regale you with stories in which he was invariably the hero. And rather than avoid him, as many were wont to do, I sought him out, volunteering to be backed into a corner so he could tell me about some thrilling adventure he’d had on the slopes of Aspen, or the origin of the “dueling scar” on his cheek. 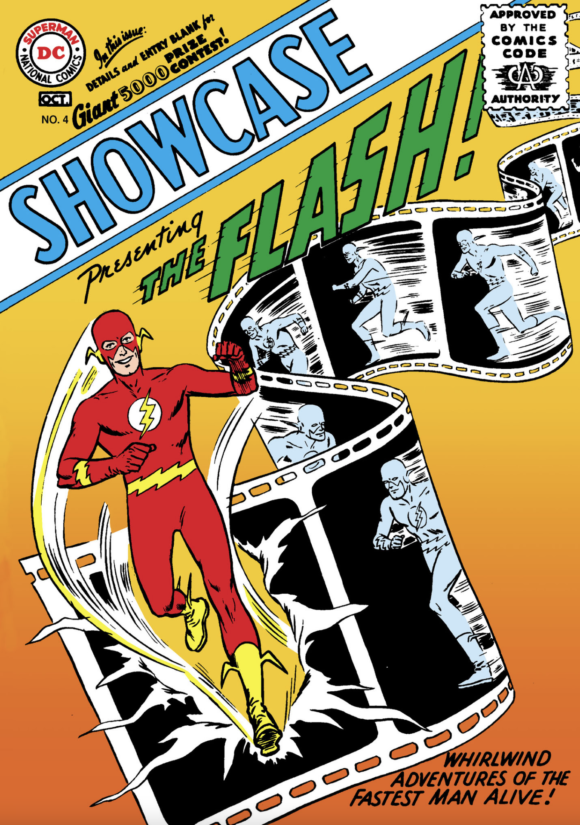 This was in the mid-1970s, when I was new to the business and young enough to be smitten by my hero-creators, of which Bob Kanigher was surely one. He was the writer who revitalized the Flash in Showcase #4, who wrote those circa-1960 issues of Wonder Woman I loved as a kid, who created Metal Men and Sgt. Rock and Sea Devils and so much more.

Robert Kanigher was the model for the murder victim in my 1950s comic book business-based novel The Same Old Story (order here!). I took a lot of liberties with the character in that story based on some elements of Bob’s life and career, but you know what they say, “any resemblance between persons living or dead is strictly coincidental.” You can read more about Bob and his incredible list of credits here.

13. Lady Cop (First Issue Special #4, July 1975). Created with John Rosenberger, Kanigher’s Lady Cop was inspired by Angie Dickinson’s NBC-TV series Police Woman. But his Liza Warner came with a way better backstory than TV’s Pepper Anderson: Liza witnessed the murder of her roommates by a man in cowboy boots who left behind an ace of spades as his calling card and hoped to one day track down the murderer of her friends. 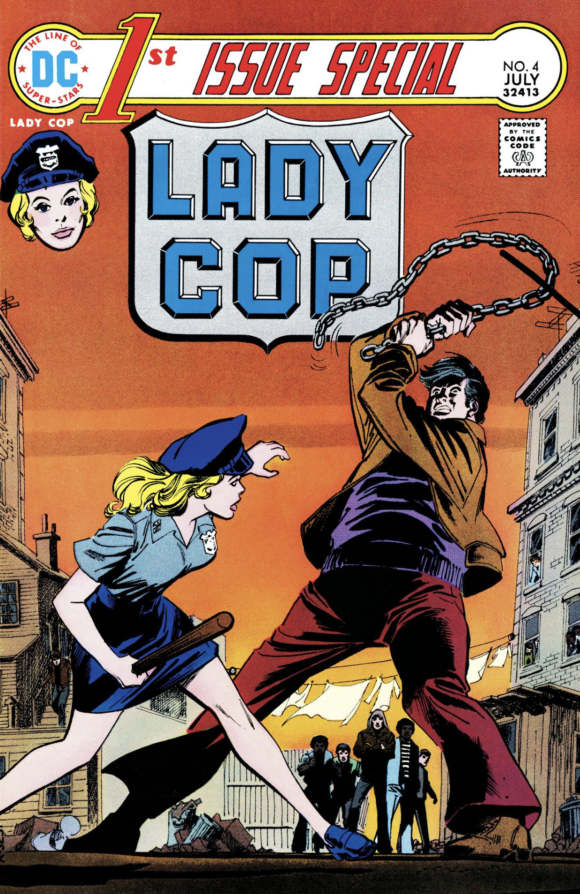 12. The Sea Devils (Showcase #27, Aug. 1960). You know the guy who played the Big Lebowski? Well his father was also an actor who not only co-starred in Airplane! but also played former Navy scuba diver Mike Nelson in Sea Hunt, a popular syndicated TV series that ran from 1958–61. That, along with the exploits of scuba inventor and adventurer Jacques Cousteau, underwater was where it was at and Bob Kanigher dove right into the action, along with Sea Devils co-creator Russ Heath. 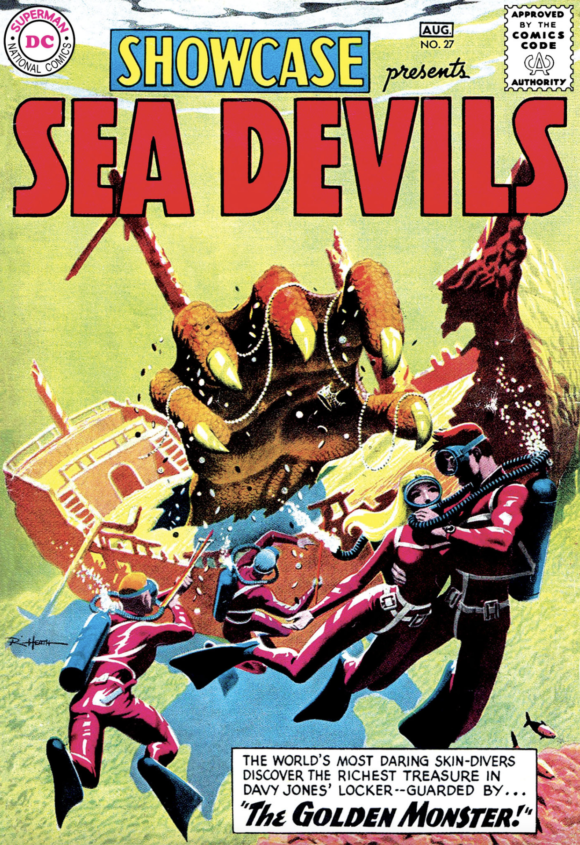 11. Mademoiselle Marie (Star Spangled War Stories #84, Aug. 1959). Kanigher had a way with women and soldiers… characters, that is. His CV in war comics is unmatched. He recognized that readers would be able to better empathize with ongoing characters than with the anonymous throwaway one-off characters common in war story anthologies and French resistance fighter Mademoiselle Marie was one of his best drawn characters, a fierce fighter for her country who would use any means to beat back the Nazi invaders. Speaking of “best drawn,” Marie’s artistic co-creator was the great Jerry Grandenetti. 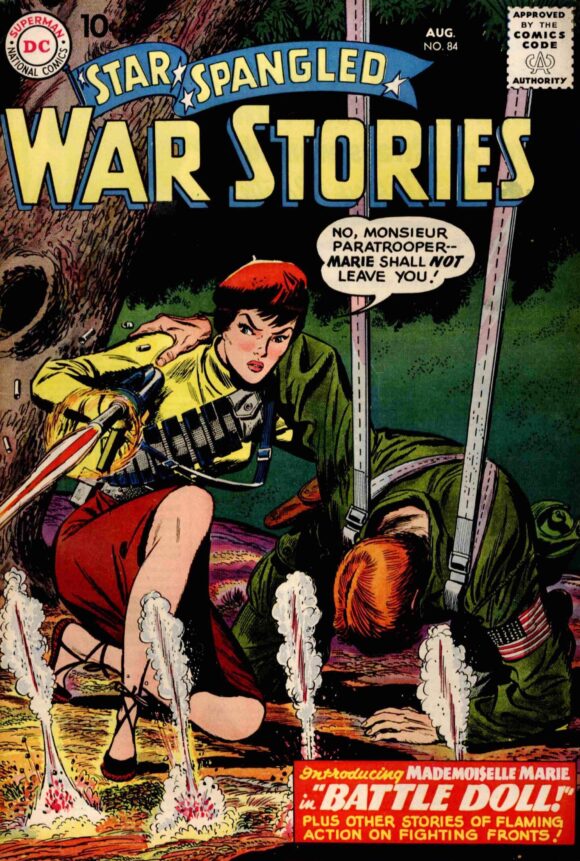 10. King Faraday (Danger Trail #1, July 1950). Straight out of the Hitchcockian Foreign Correspondent mold, Danger Trail starred ex-soldier and counter-espionage agent for the US government, the trench coat-wearing King Faraday. Hard as nails, this Kanigher/Carmine Infantino character only lasted five issues, but some of the stories were reprinted in a 1964 issue of Showcase #50 (May/June 1964) and I became an instant fan. 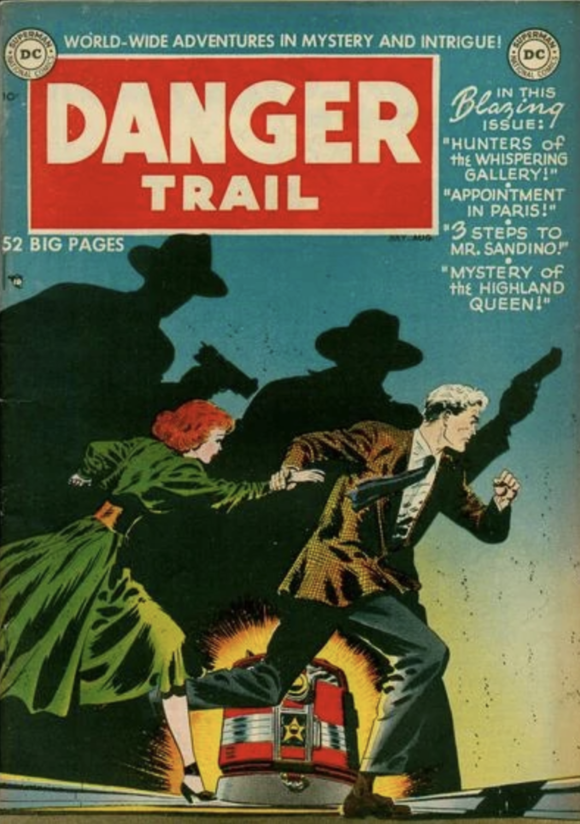 9. El Diablo (All-Star Western #2, Oct. 1970). Lazurus Lane, aka El Diablo, was one messed up Western character, beaten into a coma by a gang of thieves, then struck by lightning and revived by a Native American shaman, he was wheelchair bound and catatonic until duty called and he lurched into action against evil as El Diablo. Also: art by Gray Morrow! 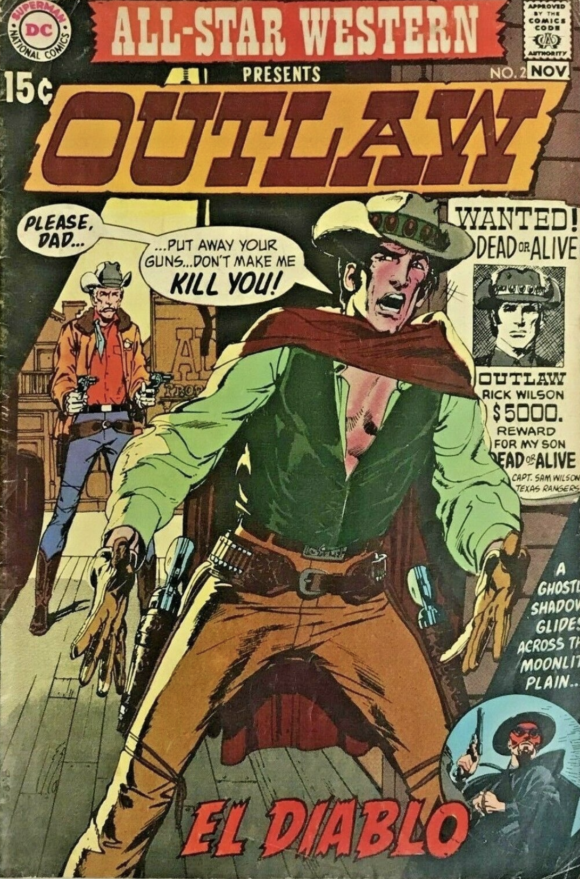 8. The Suicide Squad (The Brave and the Bold #25, Sept. 1959). What a concept, co-created by Ross Andru! In the original version, the “suicide” part of the title was hyperbole. Yes, Colonel Rick Flagg and his team took on suicide missions, but they always managed to survive. It wasn’t until John Ostrander and Luke McDonnell reinvented the Squad in the 1980s that the ante was raised, and the stakes became death… and by virtue of the Suicide Squad/Checkmate crossover, my work became part of a larger storyline that would inspire the later The Suicide Squad movie and spin-off Peacemaker TV series! 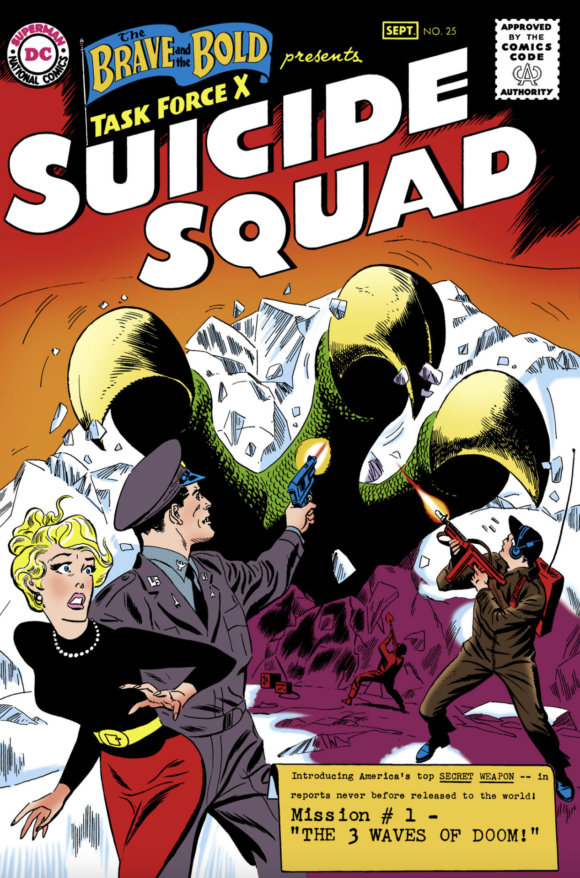 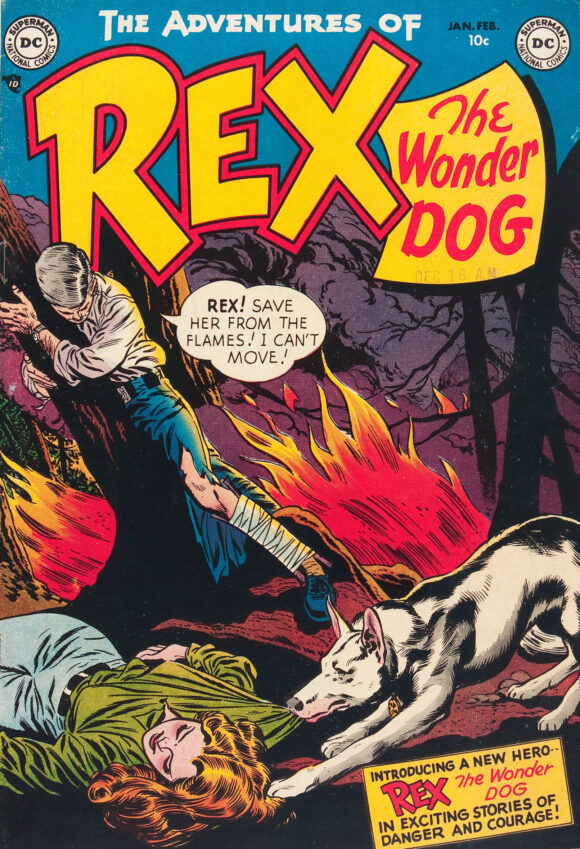 6. Enemy Ace (Our Army at War #151, Feb. 1965). This Kanigher/Joe Kubert co-creation was a flash of inspiration, a series set during World War I but told from the perspective of Hans von Hammer, the German anti-hero and flying ace known as “the Hammer of Hell.” Kanigher gave von Hammer a conscience, a rigid moral code that valued honor over even country, and a wild wolf as a confidant. 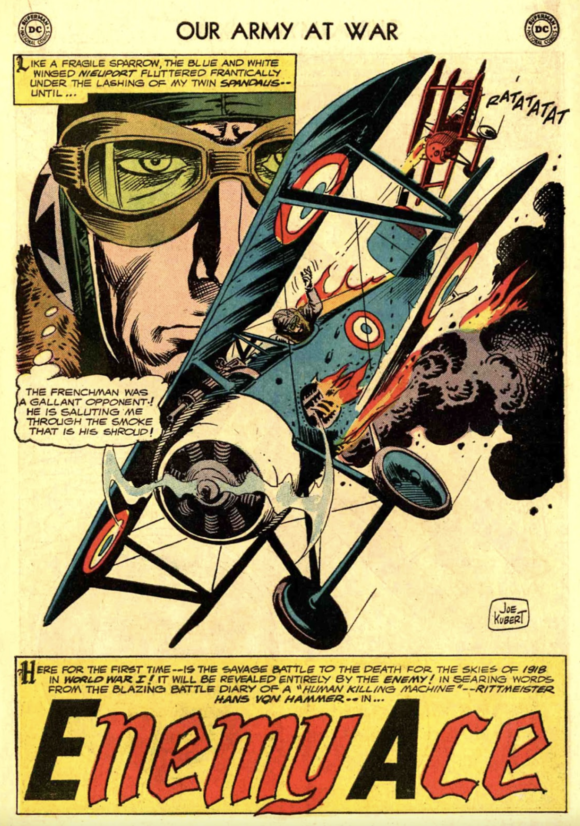 5. Sgt. Rock (Our Army at War #83, June 1959). If all Bob Kanigher had ever done was create Sgt. Rock and the combat happy Joes of Easy Company, it would have been enough to cement his place in comics. As is, I would stack his body of work with co-creator Joe Kubert and other artists, including Russ Heath, up against the run of any other comics character you’d care to name. 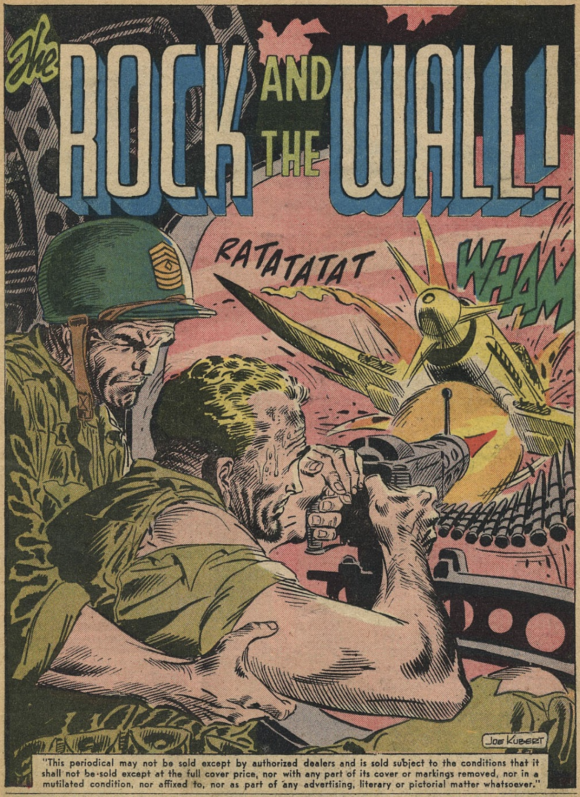 4. Viking Prince (The Brave and the Bold #1, Aug. 1955). Just a damned fine adventure strip starring an amnesiac youth with a dark secret found by a Scandinavian fisherman in the 10th century. With co-creator Kubert drawing Viking ships and monsters. 3. Ragman (Ragman #1, Aug./Sept. 1976). In Kanigher’s original telling, Ragman was more high concept than well thought out series, but there was something primal about the book (another Kanigher/Kubert joint). Later creators would add the element of Judaism and develop the “suit of souls,” but the chilling groundwork for that was laid by Bob. 2. Black Canary (Flash Comics #86, August 1947). Created as a supporting character for the Johnny Thunder strip in Flash Comics, Dinah Drake was a blond bombshell crimefighter who infiltrated criminal organizations to take them down from the inside. She was smart, independent, and dangerous, and I’m sure the fishnet stockings didn’t hurt her appeal. But Canary has shown her resilience and adaptability, enduring well into the 21st century in comics and as a mainstay of TV’s Arrowverse. 1. Metal Men (Showcase #37, March–April 1962). The legend has it that told on a Friday afternoon that a new feature was needed for the next issue of Showcase, Bob went home and returned Monday with the 24-page script for the Metal Men. It was a brilliantly simple idea: six robots with distinct (and very human) personalities based on the properties of the metal they are constructed from, and their human creator, Dr. Will Magnus. Bonus points: art by co-creator Ross Andru. 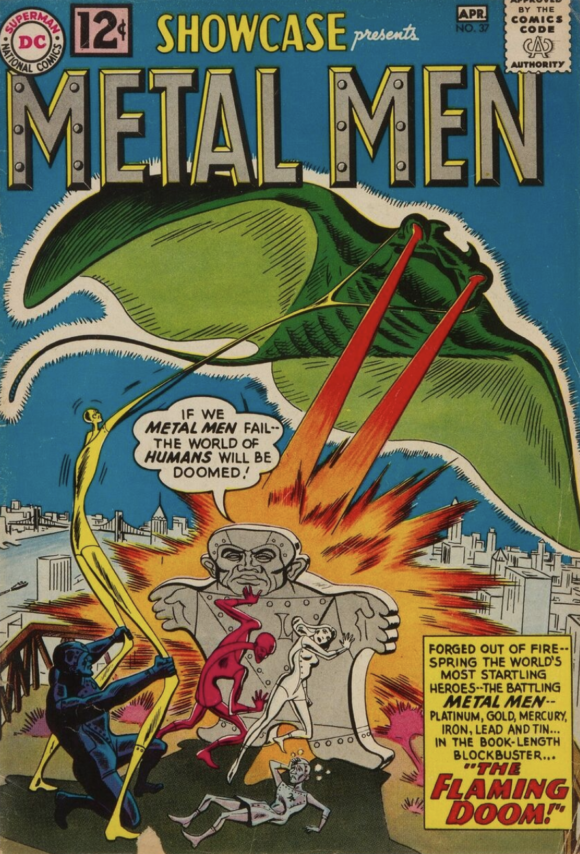 Leave a Reply to Not That Joe Cancel reply