Great Caesar’s ghost — these are great! 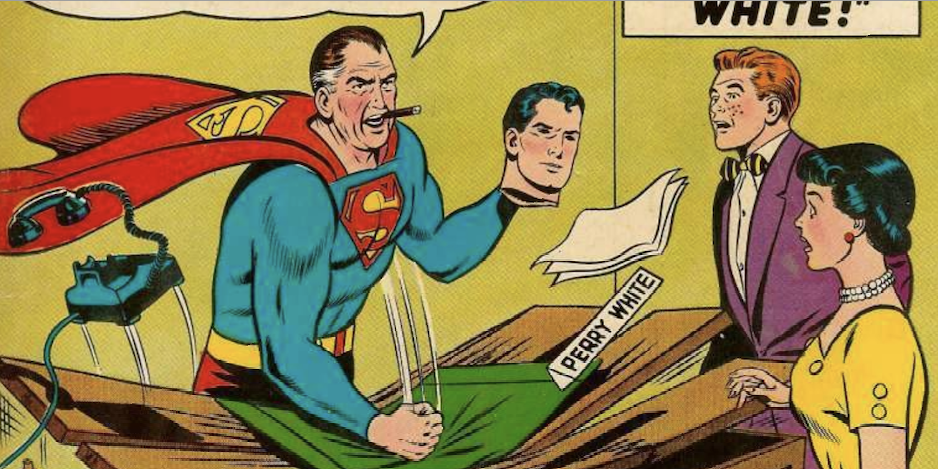 One of the buzziest comics this summer has been Superman’s Pal Jimmy Olsen’s Boss Perry White #1, featuring a new story by those wacky funsters Matt Fraction and Steve Lieber, who brought you the Eisner-winning 2019-20 Jimmy Olsen limited series.

Not just that, though: The mag also contains some old-school Perry White stories from the Bronze Age. I picked it up and so should you. 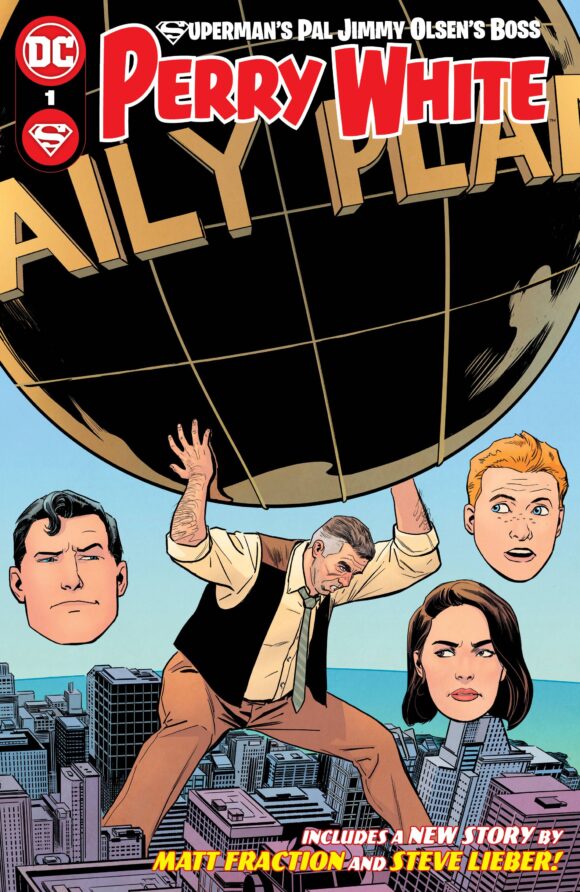 But I also asked Supermaven and 13th Dimension columnist Paul Kupperberg to pick his fave Perry White covers and here they be.

Because we all love reading stories about the boss, right? 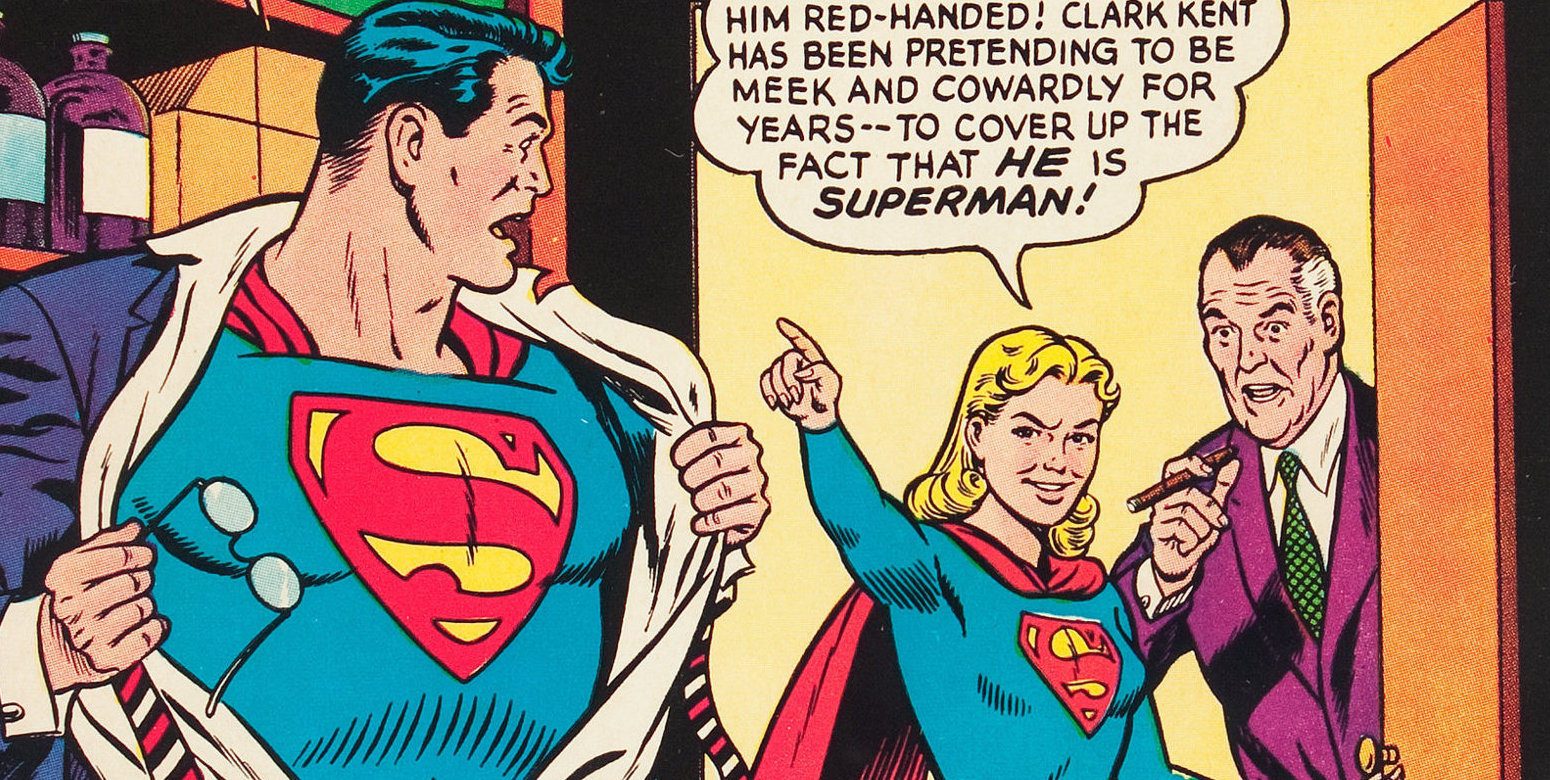 It’s the expletive made famous by actor John Hamilton as Daily Planet editor Perry White on the 1950s TV show, Adventures of Superman. Uttered in shock, outrage, and/or surprise, “Great Caesar’s Ghost” became Perry’s TV and comic book trademark, even though he first spoke the phrase in a 1946 episode of the Adventures of Superman radio program. It even served as the springboard for a 1955 episode of the TV show in which Perry’s exclamations begin to actually summon Caesar’s ghost. (SPOILER: Perry was being gaslit by bad guys.)

But other than the occasional spotlight, the character of Perry White always seemed to have the least to do among the main “Superman family” supporting cast, which really came together under Mort Weisinger’s editorial reign in the early- to mid-1950s. Lois Lane and Jimmy Olsen were forever out there, dangling from buildings or getting turned into something hideous, but Perry was left behind at the office, barking orders, and demanding to know why he can’t find Clark, Lois, and/or Jimmy. 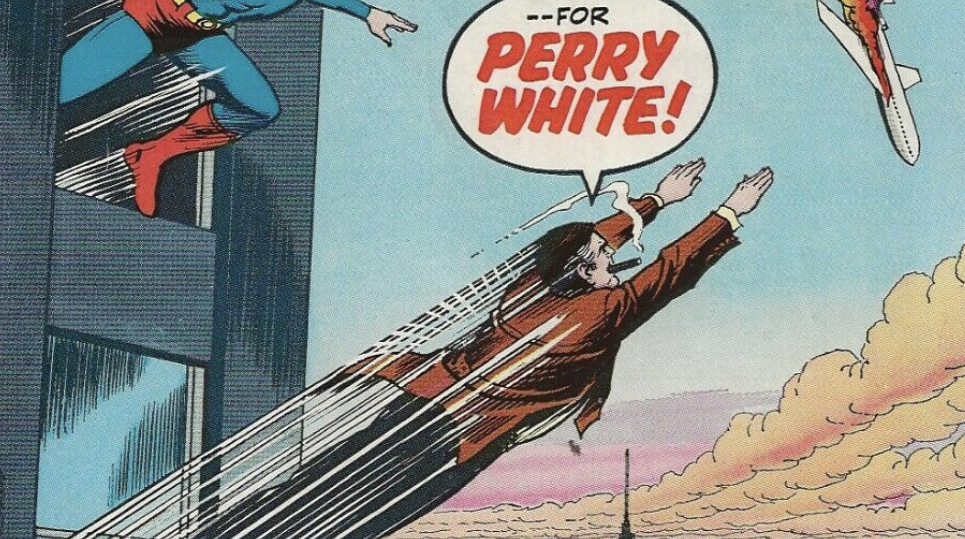 Perry never got nearly as much cover time as Lois or Jimmy, and usually he was only there to exclaim “Great Caesar’s ghost!” followed by an explanation of whatever it was the cover depicted. I never gave the editor of that great metropolitan newspaper more than cursory coverage myself in any of the Superman and solo Jimmy Olsen stories I wrote in the early ’80s either, other than focusing on Perry for the “B-story” in one continuity of the syndicated Superman newspaper strip.

It’s too late for me to do much to make up for that oversight, but the least I can do is use this forum to offer a small homage to the man who kept the Daily Planet’s presses rolling for so long. 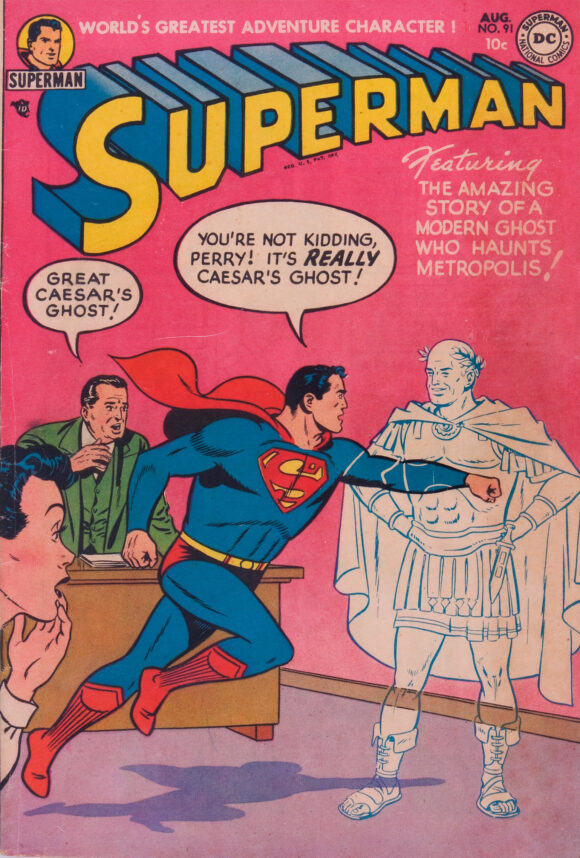 Action Comics #225 (Feb. 1957). Lois claims the exclamatory honors (“Great Heavens!”) in another by Plastino. Perry’s too shocked to keep a cigar in his mouth, much less exclaim. 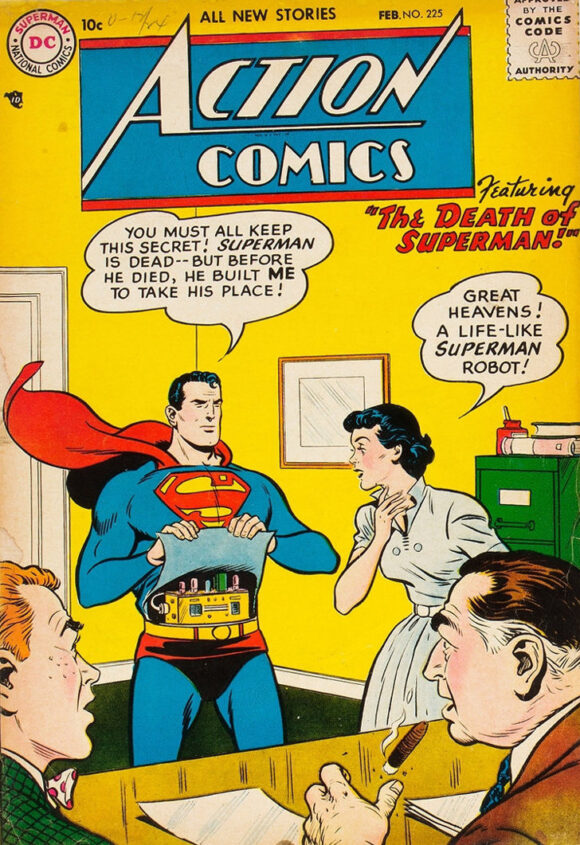 Action Comics #278 (July 1961). There’s a lot of information to be absorbed on this cover by Curt Swan and Stan Kaye. Even as Master-Man, Perry retains his literary/journalistic instincts, understanding the importance of symbolism in a story… or, more likely, as some convoluted plot point. 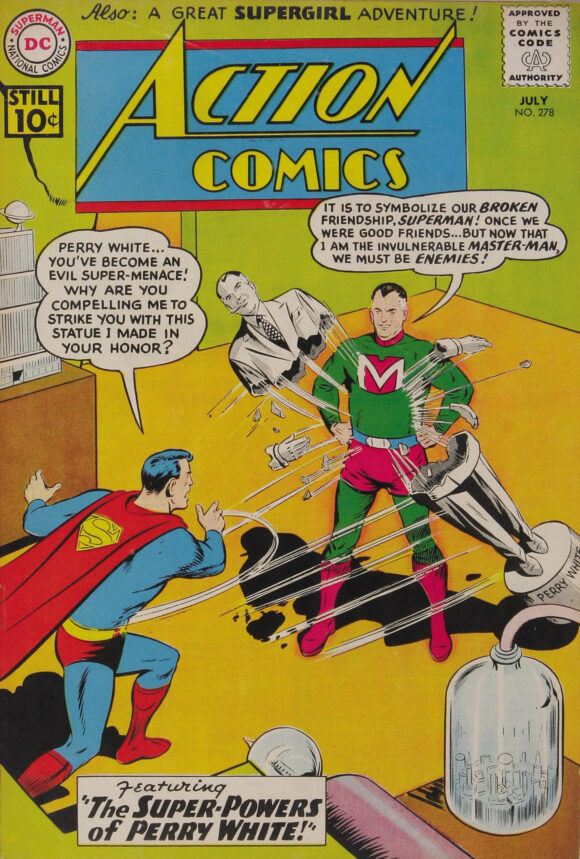 Action Comics #280 (Sept. 1961). As intriguing a picture as this Swan and Kaye image conveys, it wouldn’t be a Silver Age Superman cover without a good chunk of the thousand words the picture is supposed to be worth by itself. Plus, Perry shows some chutzpah and hopes that the other old saw about the pen being mightier than the sword is true. 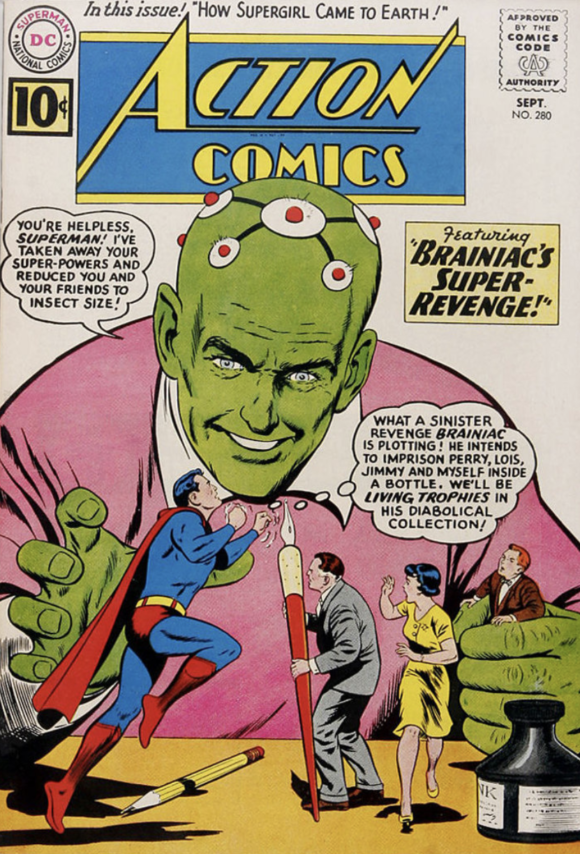 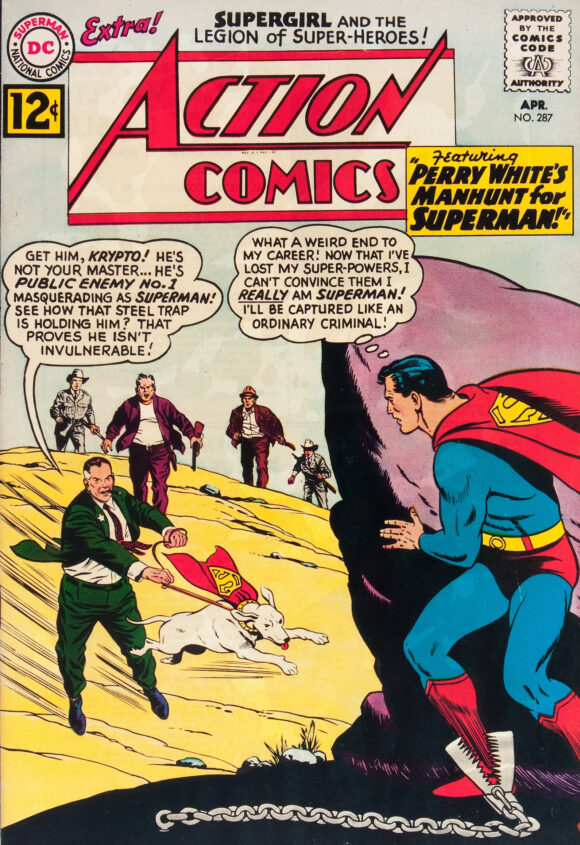 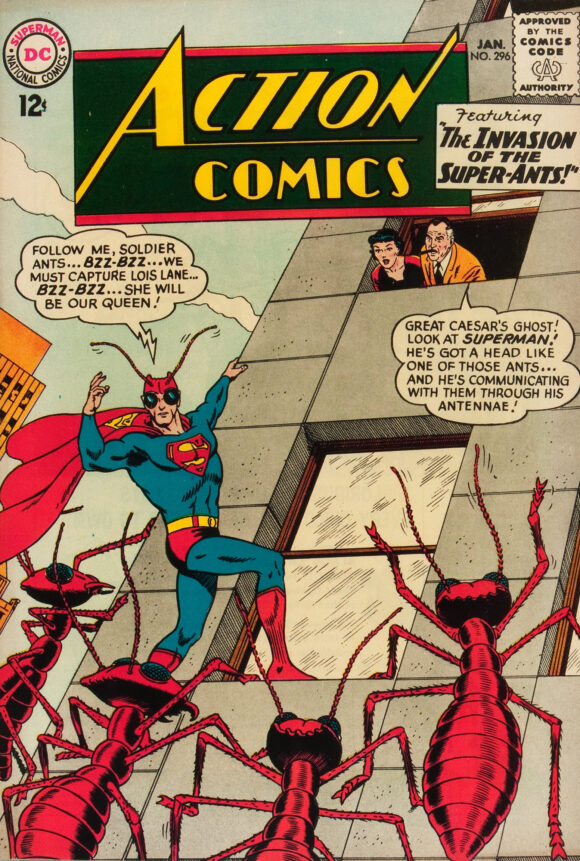 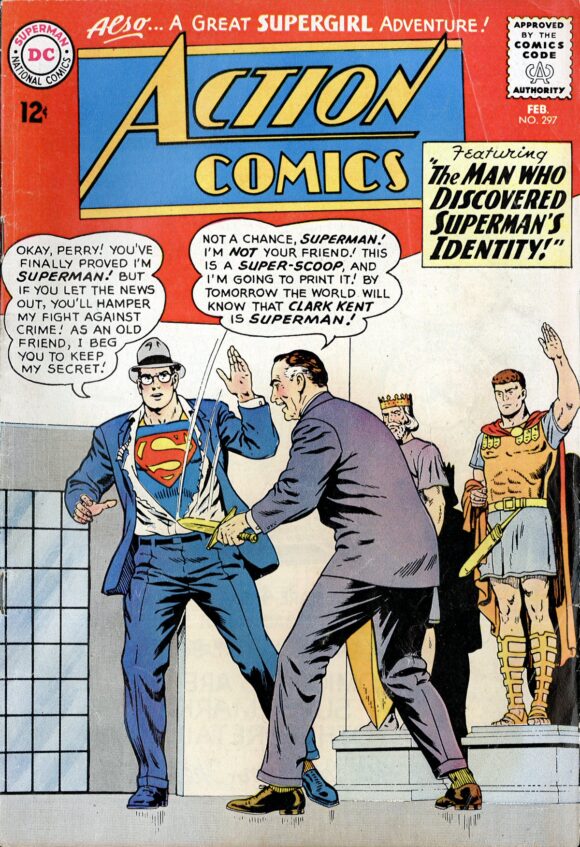 Action Comics #302 (July 1963). I’ve noticed a lot of desk pounding on these covers, usually ones by Swan (here inked by Moldoff). Action Comics #313 (June 1964). Now it’s Perry’s turn to be flabbergasted to learn Superman’s secret identity, an unspoken “Great Caesar’s Ghost” moment if ever there was one. 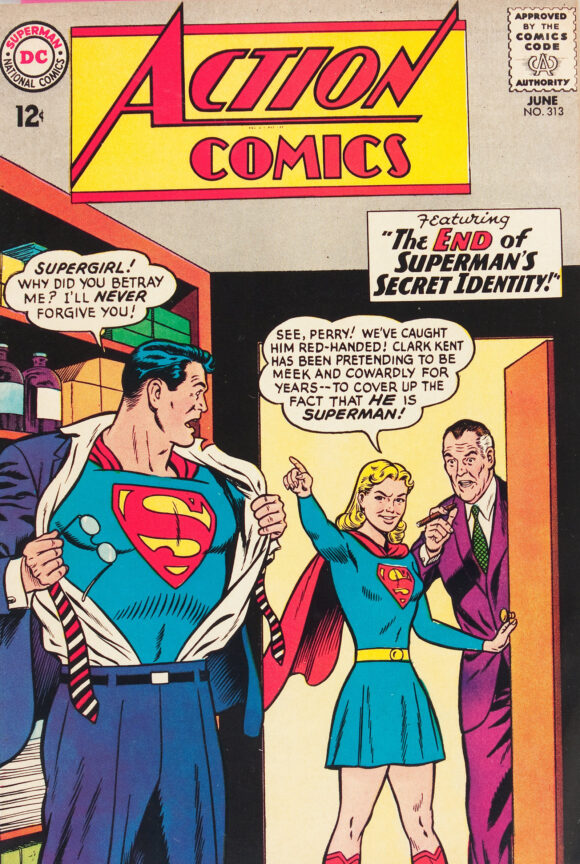 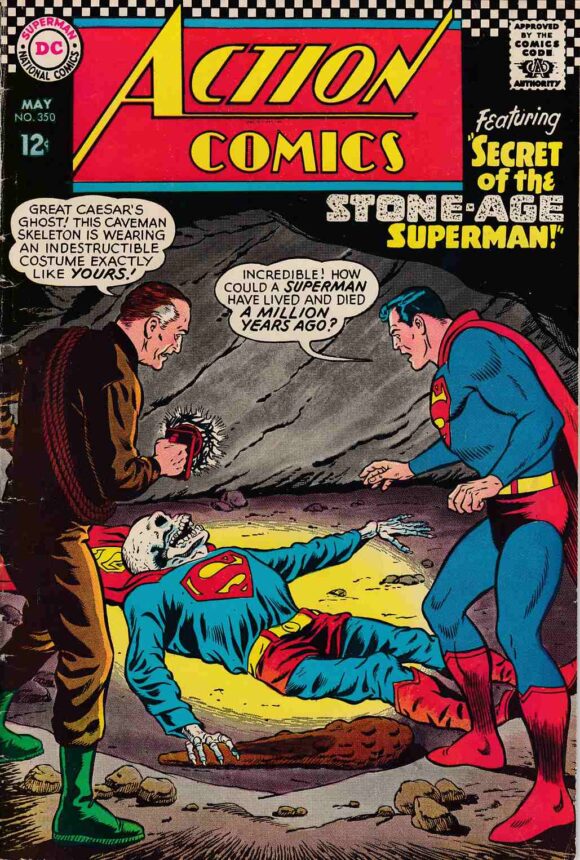 Superman #221 (Nov. 1969). A) A tip of the hat to Superman’s own oft-ejaculated expression, “Great Krypton!” B) Superman’s really fat and he’s bustin’ up that phone booth. C) It’s by Swan and Murphy Anderson. 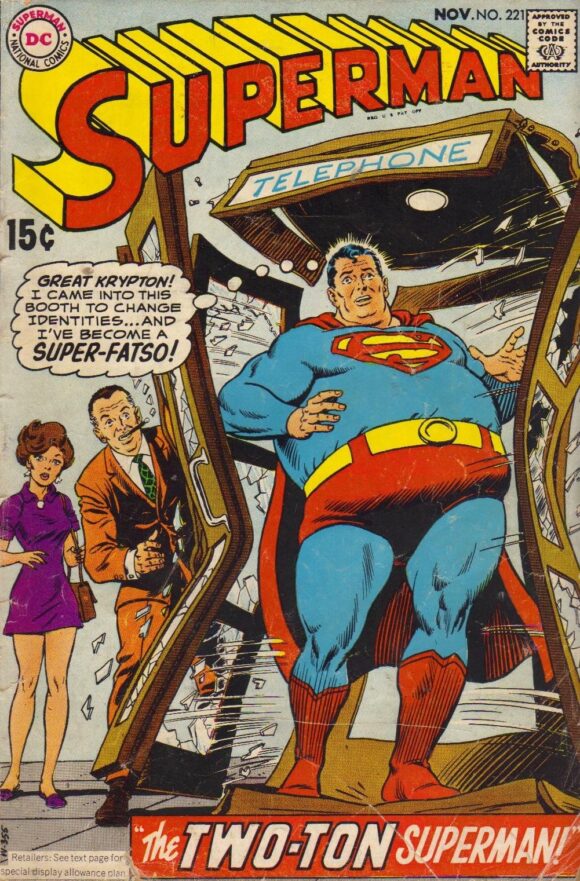 Action Comics #436 (June 1974). Smoke ‘em if you got ‘em, especially if you’ve got “The Super-Cigars of Perry White.” By Nick Cardy. (Note from Dan: This is one of the stories that’s in the new Perry White mag!) Superman #376 (October 1982). Perry shows he’s got what it takes even without his Super-Cigars when “The Ozone Master Comes Calling” and he helps Superman take down the bad guy. 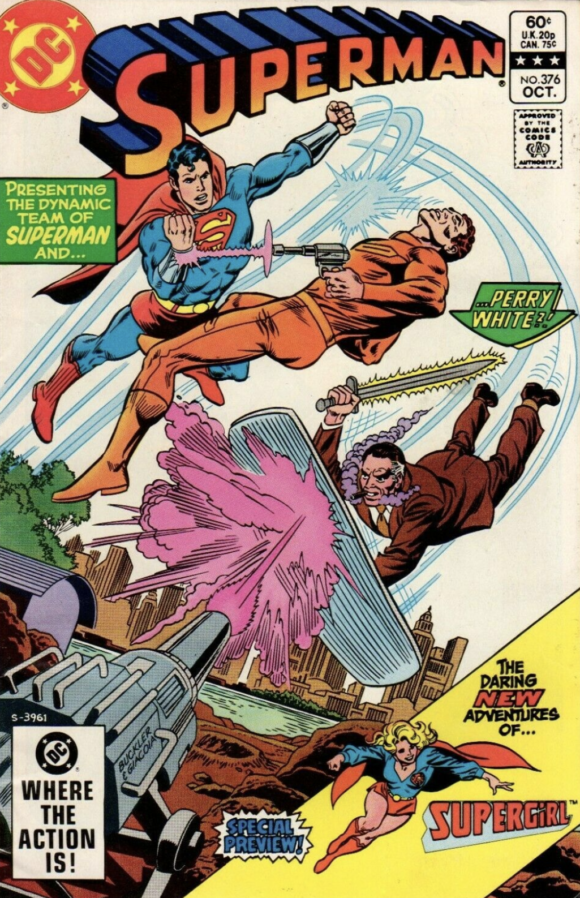