The celebrated Mr. K pays a birthday tribute to the late, unsung artist, born 93 years ago this week… 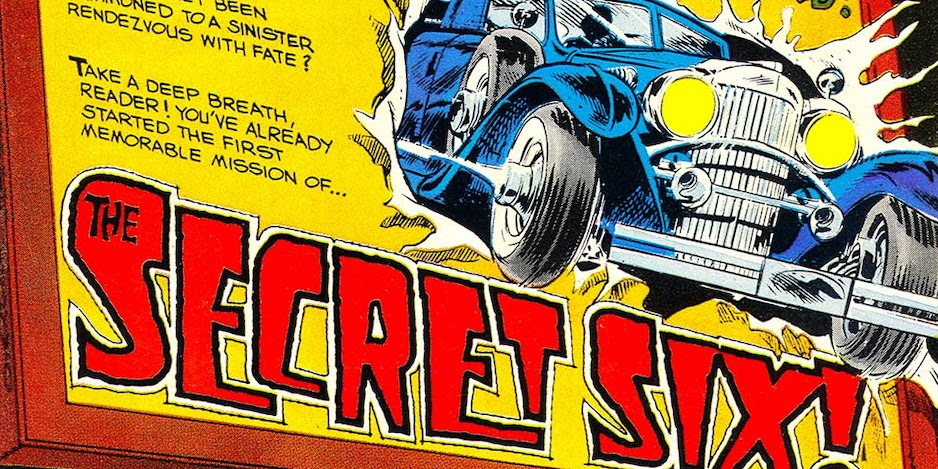 The name Frank Springer (Dec. 6, 1929 – April 2, 2009) may not be familiar to many current comic fans. In fact, even to readers of a certain age, especially those into superheroes, Springer wasn’t likely to have shown up on a lot of Top 10 (or even TOP 13) favorite lists. His art, compared to the brawny power of a Jack Kirby or the hyperrealism of a Neal Adams, was quiet and grounded in the realistic style of classic comic strip artists like George Wunder, whoM Springer assisted for five years on the Terry and the Pirates strip, and illustrators such as Norman Rockwell and J.C. Leyendecker.

“I got a lot of training in the army in doing sports cartoons with a deadline and so on,” the artist recalled in a 2008 interview. It was training that stood the Syracuse University graduate in good stead when he went to work for Wunder in 1955, “watching a professional churning this stuff out, day after day, writing the synopsis, then writing the scripts and so on.” After five years of doing “backgrounds and foregrounds, answering his mail, coloring the Sunday strips,” Springer left Wunder’s employ and entered the freelance market. Two years later, he landed his first comic book assignment, drawing the short-lived Brain Boy series for Dell Comics, a company he went on to pencil and/or ink many stories for across their line, from Ghost Stories and Toka: Jungle King to Charlie Chan and The Big Valley. 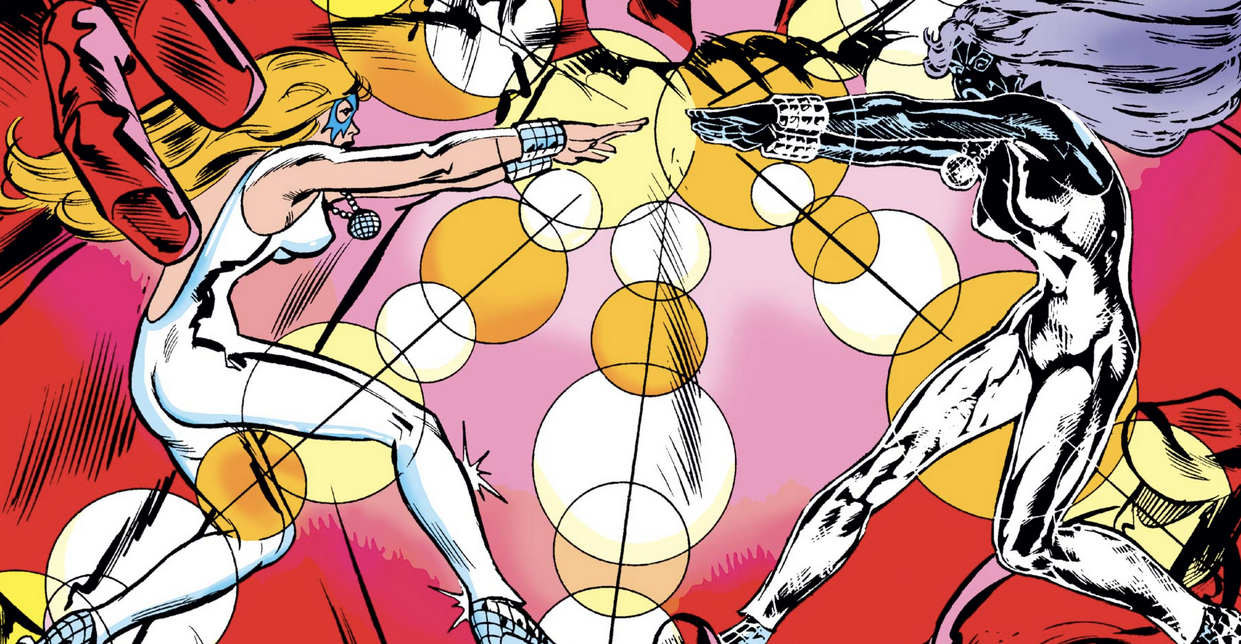 Springer eventually added work for DC and Marvel alongside his regular load of Dell assignments, as well as drawing for such magazines as National Lampoon and the avante garde literary journal, Evergreen Review. After Dell closed its doors in 1973, Springer increased his Marvel workload, penciling issues of Captain America, The Avengers, Spider-Woman, and handling longer runs on Dazzler, as well as regularly inking such books as The Savage She-Hulk, and continuing to work for both DC and Marvel (as well as for Claypool Comics, Atlas/Seaboard, and Continuity Comics) for the rest of his professional career.

What Frank Springer lacked in flash he more than made up for in storytelling and characterization. I became aware of his art in the first two issues of Secret Six he drew for DC and a fill-in issue of Marvel’s Nick Fury, Agent of SHIELD he did shortly after, but it wasn’t until I discovered his collaboration in Evergreen Review with writer Michael O’Donoghue on the Adventures of Phoebe Zeit-Geist strip several years after it had been published that I really understood the quiet power of his art. Frank Springer didn’t draw splashy. He just drew good.

Here then, MY 13 FAVORITE FRANK SPRINGER COMICS AND COVERS, in alphabetical order.

(Side note: Dan says to check out Springer’s enduring contribution to Batman lore.)

Brain Boy #6 (Sept./Nov. 1963, Dell). Born with mental powers including telepathy, levitation, and mind control, young Matt Price was recruited right out of high school by another telepathic to fight commies and other enemies of freedom for a secret government agency. 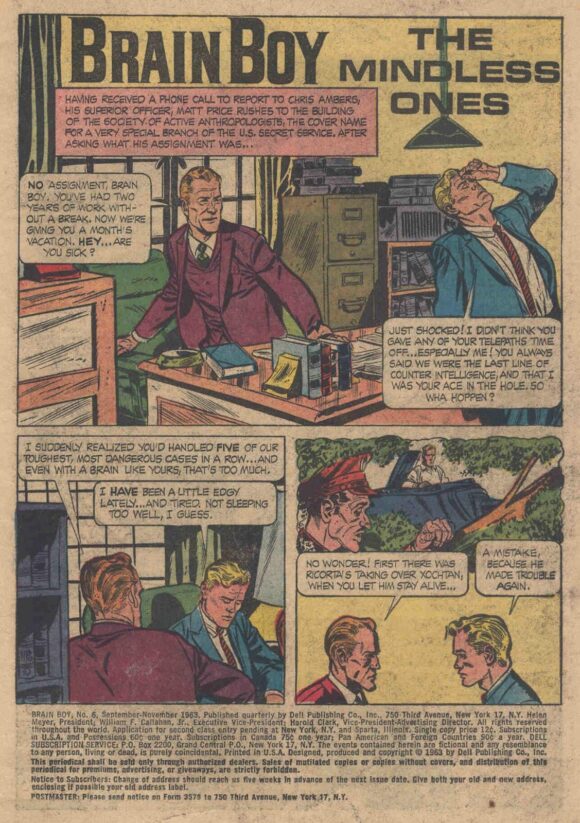 Charlie Chan #2 (March 1966, Dell). Between Charlie’s pidgin English word balloon and the racially exaggerated skin tone, there are a lot of problems with this cover, but not being well-drawn isn’t one of them. 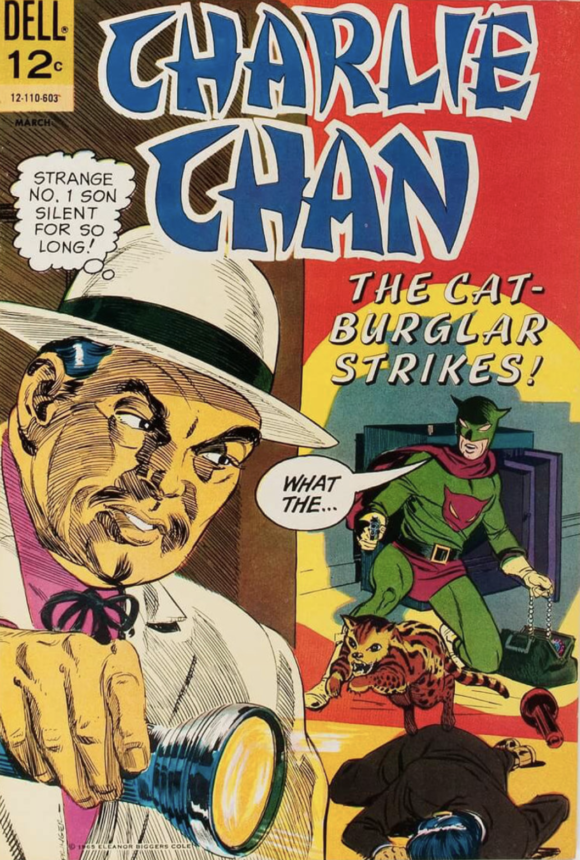 Secret Six #1 (May 1968, DC). In 1968, new editorial director Carmine Infantino was trying to shake up DC’s musty old line of comics to meet the challenges of a changing readership and the growing popularity of Marvel Comics. In addition to superheroes, DC published a wide range of genres, from Westerns and war to humor and romance, but E. Nelson Bridwell and Springer’s Secret Six didn’t really fit any established category, owing more to Alfred Hitchcock and movie thrillers than it did to the usual genres. 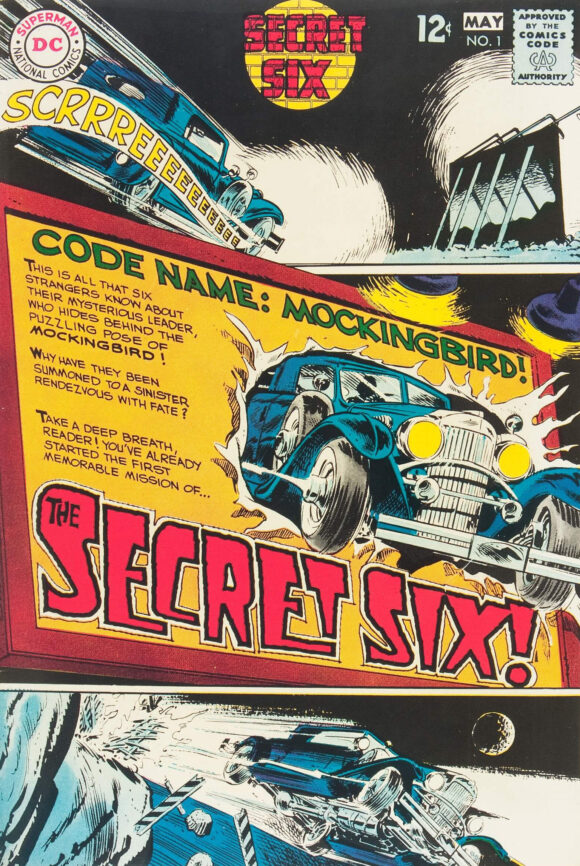 Like a lot of Carmine’s 1968 experiments, The Secret Six didn’t last long, but it did leave an impression on readers, and not only because of its unique opening scene, starting the story on the cover and continuing it onto Page 1! 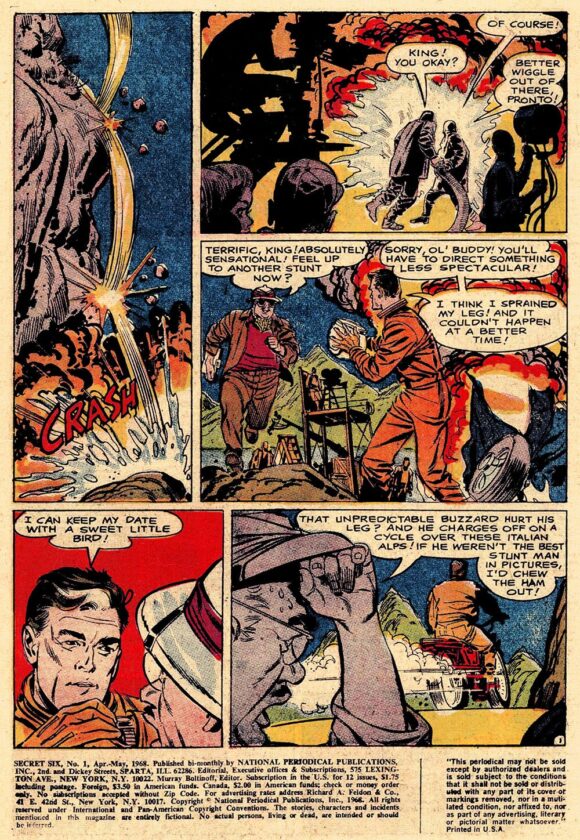 Nick Fury, Agent of SHIELD #4 (Sept. 1968, Marvel). In 1968, Jim Steranko was, like, blowing everybody’s minds with his fresh and audacious style of art and storytelling. He had his longest run on the Nick Fury, Agent of SHIELD strip in the shared Strange Tales title that he took over from Jack Kirby and Stan Lee and which had been granted its own monthly solo book. But deadlines waited for no man, no matter how groundbreaking, and #4 took a break from Steranko’s ongoing story with a fill-in by Roy Thomas and Springer, who wisely followed his own muse and didn’t imitate the regular artist’s style. 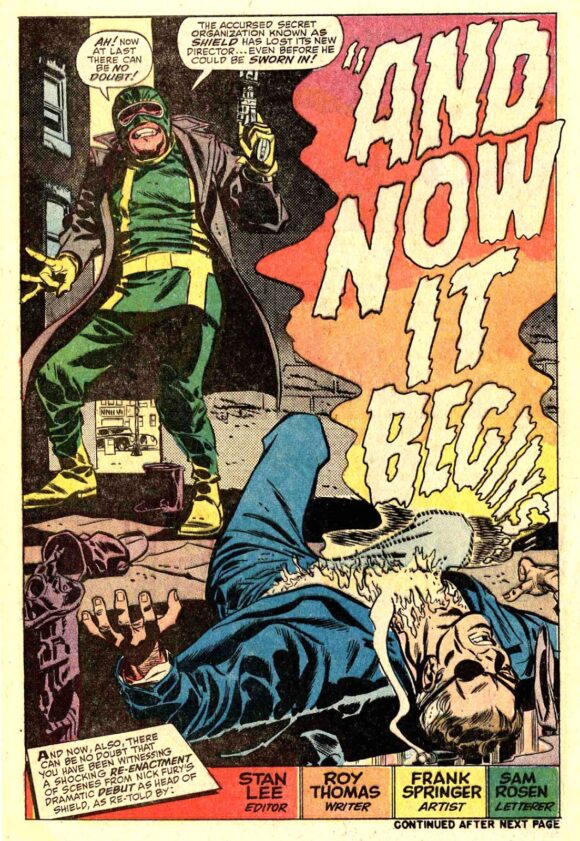 Not Brand Echh #11 (Dec. 1968, Marvel). Springer did, however, get to have some fun with the Steranko style in a Not Brand Echh parody of Steranko’s SHIELD a little later that year. 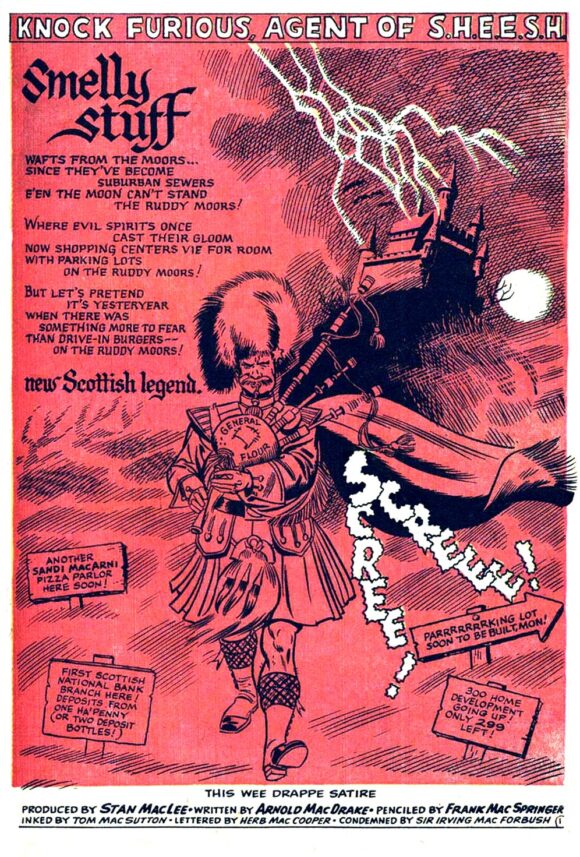 National Lampoon (April 1971). Springer reunited with O’Donoghue in 1971 for one of the most memorable parodies of NatLamp’s early days, “Tarzan of the Cows.” Years later, Springer would say, “I think I did some of my best work (at National Lampoon) because the writing was so good.” I can only concur with a rousing, “Moo!” 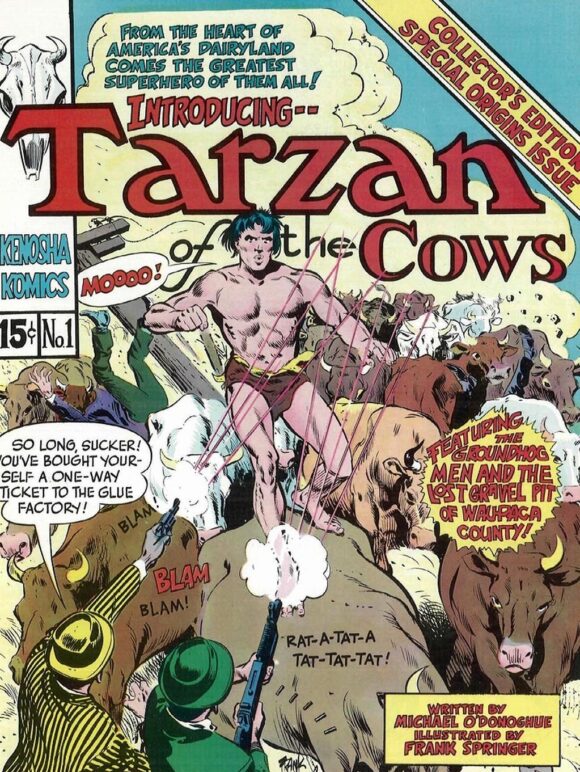 Dracula Lives #5 (March 1974, Marvel). Dracula lived and Springer was one of the artists who brought him to life, among many other horror tales for Marvel’s black-and-white magazines. 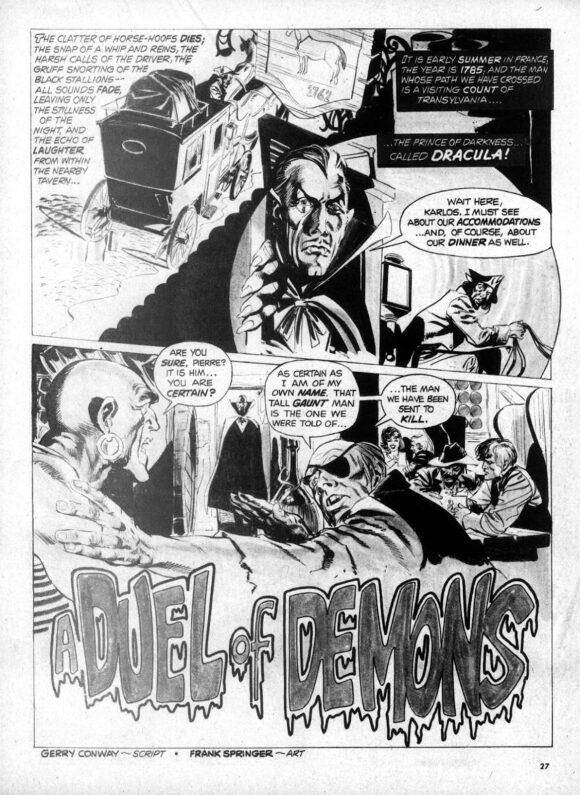 The Cougar #2 (July 1975, Atlas/Seaboard). Speaking of horror, albeit with a superhero bent, Springer also took Atlas/Seaboard’s Cougar on “A Walk with the Werewolf.” 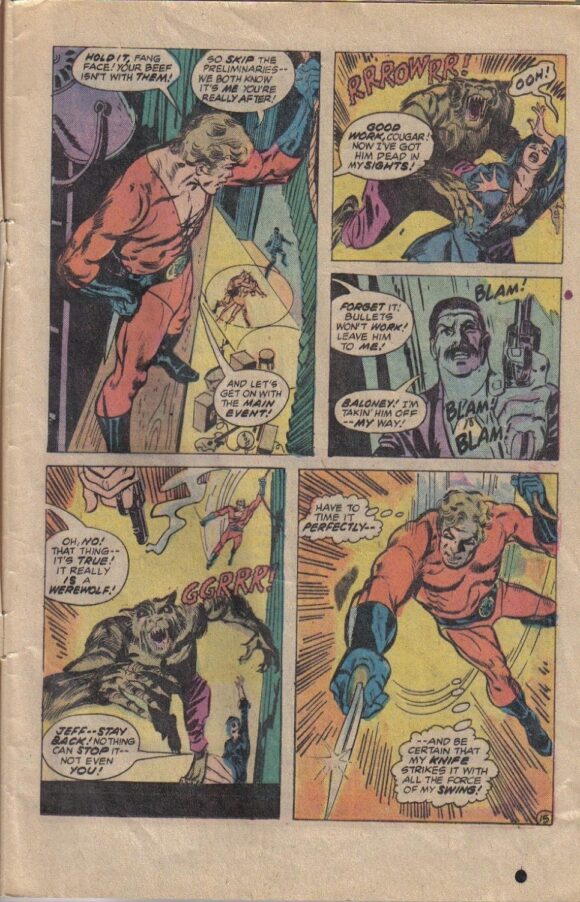 Dazzler #4 (June 1981, Marvel). Because the world of disco needed a superheroine to call its own! But the silliness of the concept didn’t stop Springer from delivering some awesome work, like this 1981 cover. 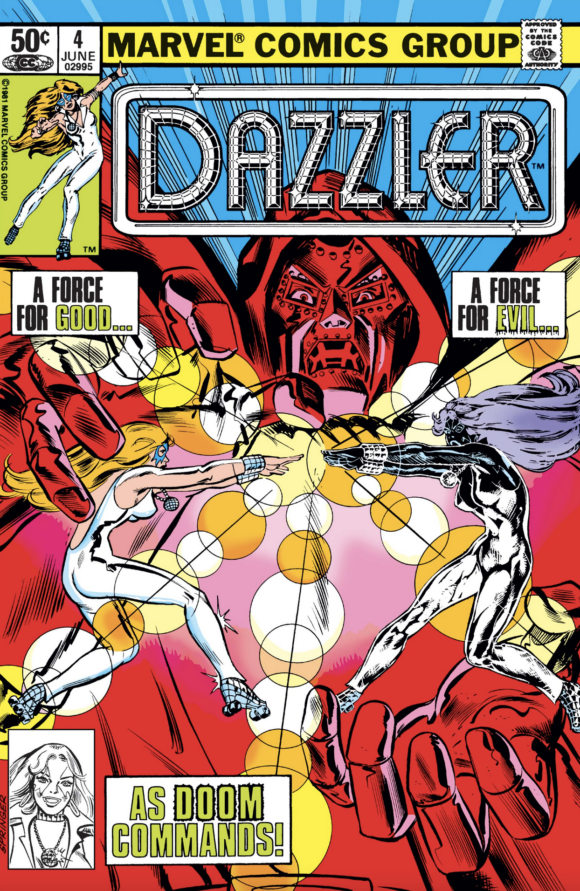 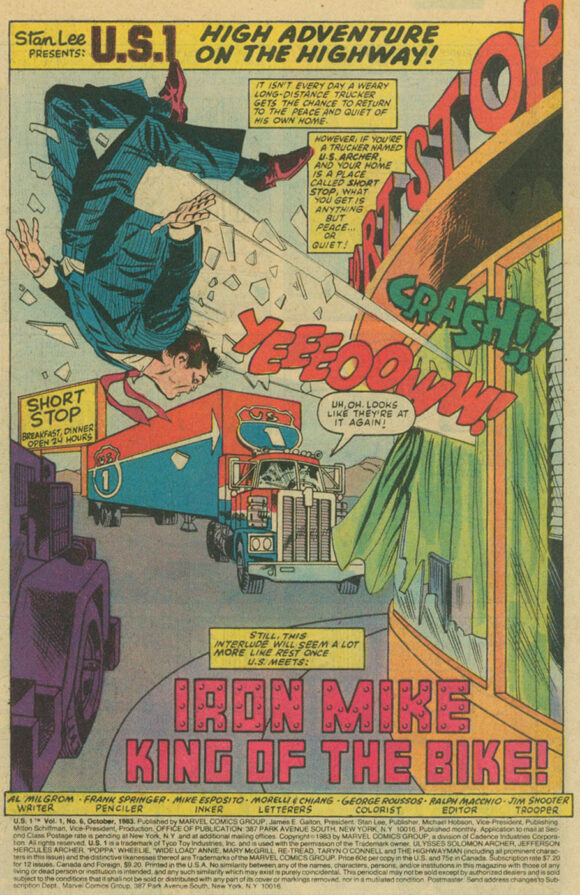 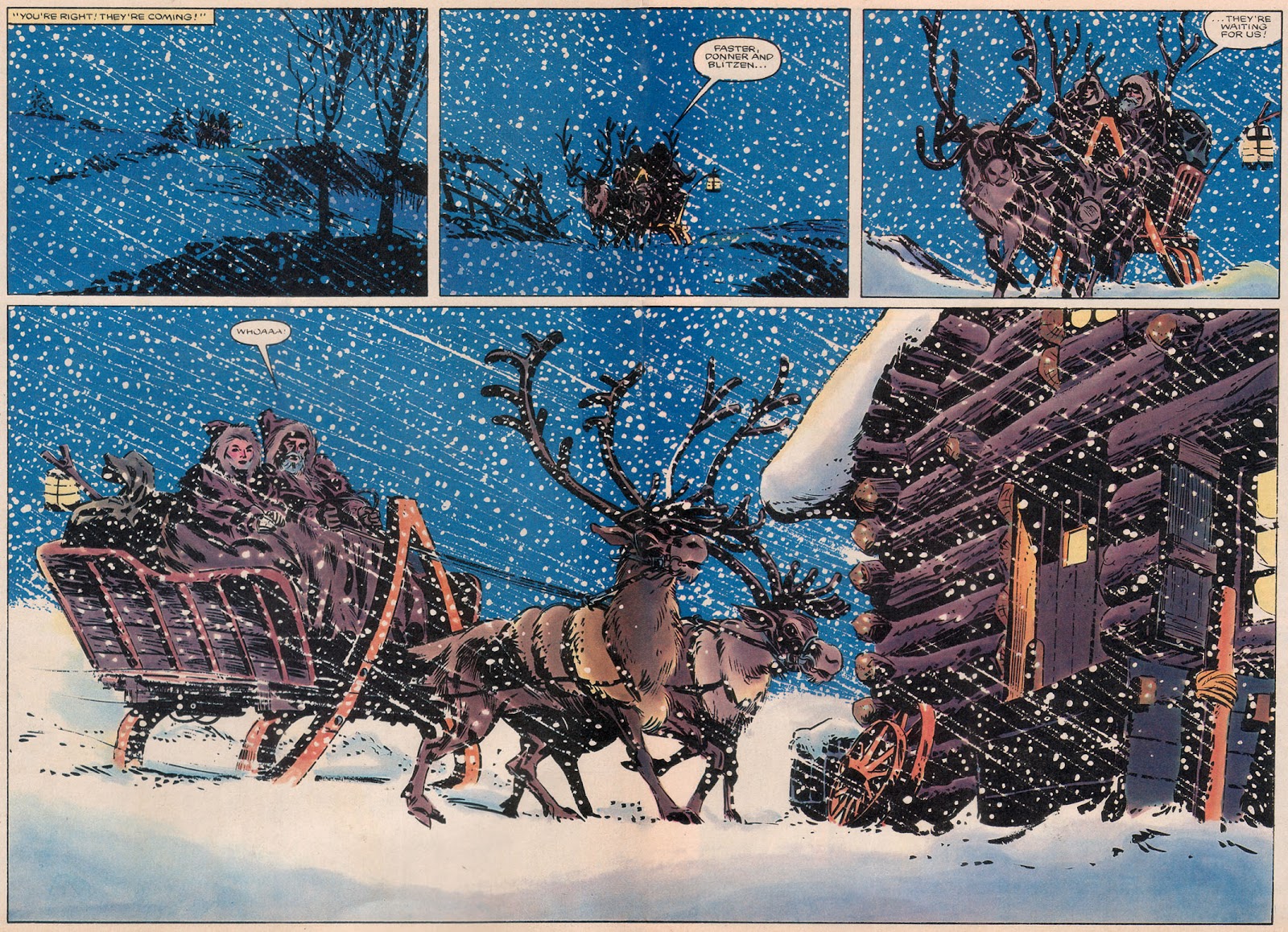 The Shadow Strikes! #7 (March 1990, DC). Springer had an all-to brief moment on a character I always thought he would have excelled on: the Shadow. And based on the final eight pages he penciled and inked in a somewhat looser style to match the art for the first two-thirds of this fill-in issue, I stand by that assessment. The Shadow was all about style, mood, and storytelling, and Frank Springer had all those qualities in spades. 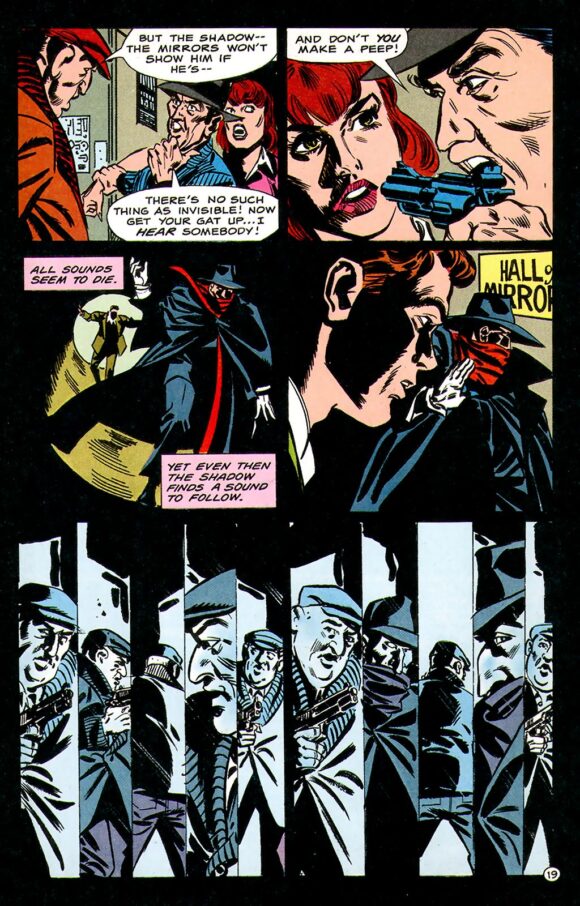 — FRANK SPRINGER: 13 QUICK THOUGHTS on the Glorious SECRETS OF THE BATCAVE — 1968. Click here.